I posted a couple of photos on instagram on Wednesday ..............
A before and after of a wall in the kitchen that I painted black.
I did it while John was out for the day.

He came home.
He sat down at the kitchen table and looked at the wall ( well into space really but in the general direction of the wall )
And didn't notice anything.
I asked him to make me a tea - because the kettle is right where the black wall is - he made it and never noticed anything.
I made supper and called him in and he sat and ate and chatted away without noticing it.
Finally..............

So.................new computer last week and I've already had a virus that slipped through the anti virus thingamajig.
A week old.
My son in law fixed it because I'm too stupid to do that.
A new phone last week as well which I'm loving.
But that new camera I bought last summer?
Still can't use it.
It's hard for a brain to adapt to technology when all it really wants to do is go back to the 60's and have a pretty princess phone on my end table. 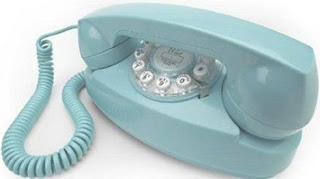 We had this one in the kitchen 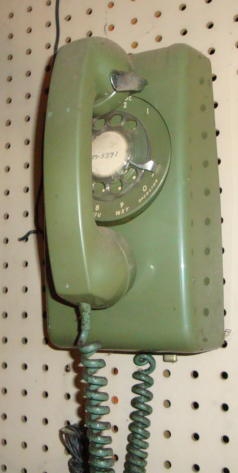 And this one in the hallway on a telephone table 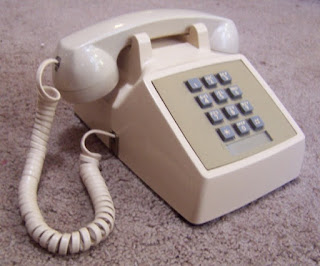 Those push buttons were the epitome of new age and the bonus was you could kill anyone who broke into your home by throwing the phone at them !

Our business line ends with 666
2,666 have me in circles - Google plus
Page views for a day read 2666 way too often for me to be comfortable with

You all have a wonderful weekend - this Instant Grandma's off to see Evan today :)
Hugs
Me