ADDING DRAMA TO THE KITCHEN ( a black wall )

Please forgive me for not replying to your comments - I'm having issues with my emails,
I answer one or two and then it freezes -
You know - really - I could just scream - I buy a new computer and apparently I had a virus within 24 hours.  A nasty one.

Anyway this post is not about my computer drama - it's about my kitchen drama :)

John was going to be out the entire day last week with meetings so I waited until he pulled out of the drive way and ran and got my paint.............I knew if I could finish the entire wall and put everything back before he came home - he'd never notice - even if the wall was going from white to BLACK !

I quickly taped it off and hurriedly started painting - nervously watching the clock and panicking a little that something would be cancelled and he'd walk in right in the middle of it. 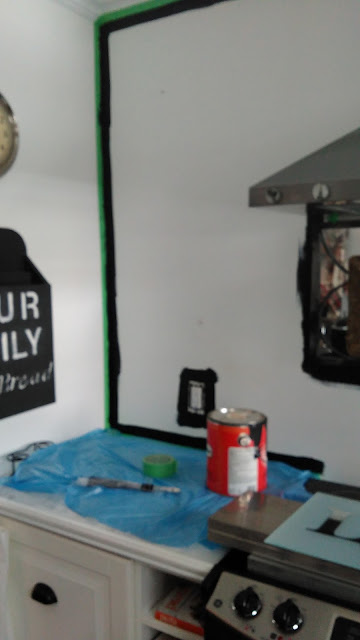 In addition to trying to do it as quickly as I could - it was going to take 2 coats ! 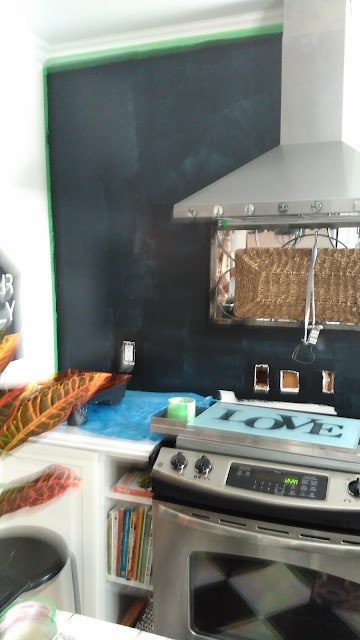 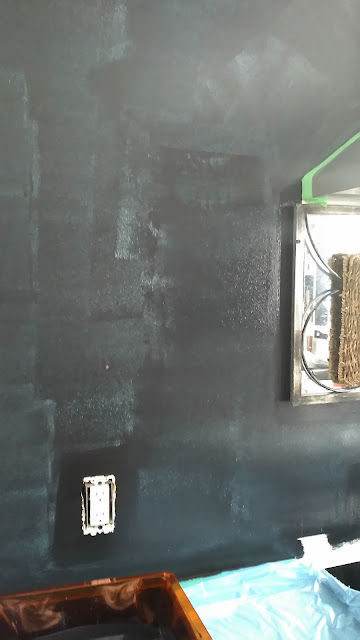 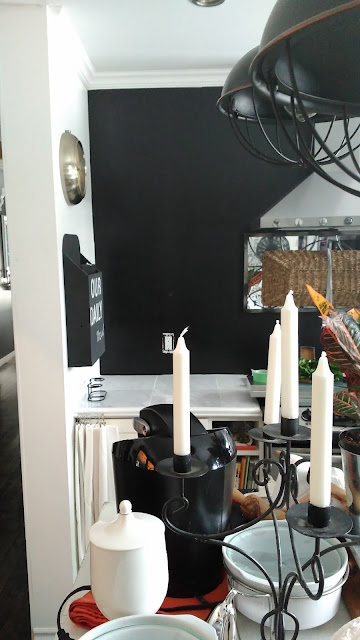 Did you know you can hang your rolling pin on a plate thingamajig?
You're welcome 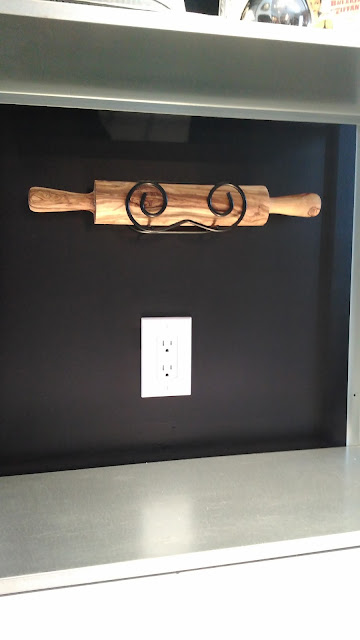 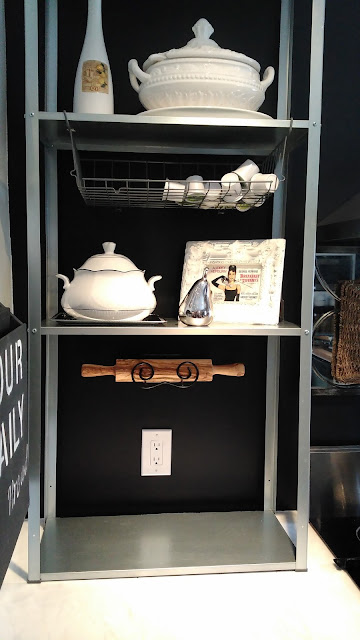 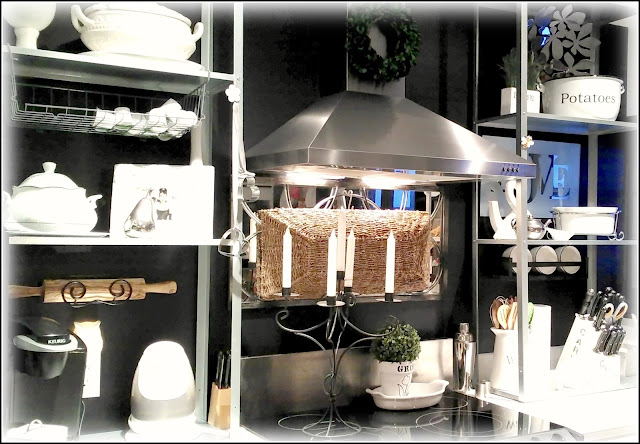 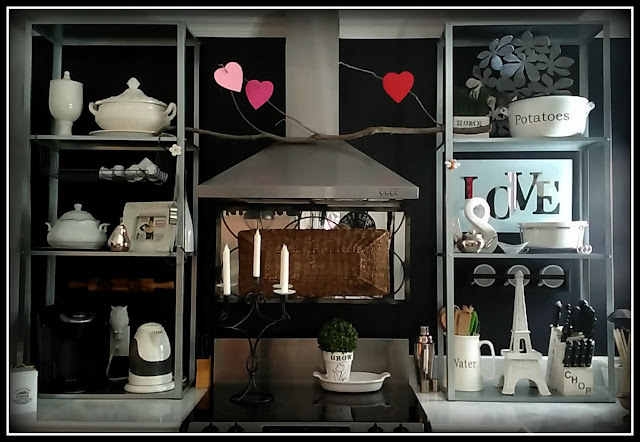 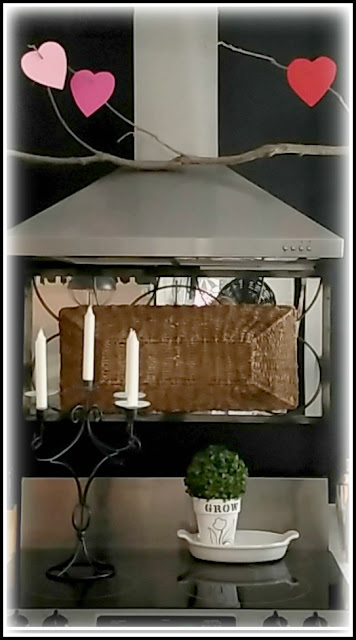 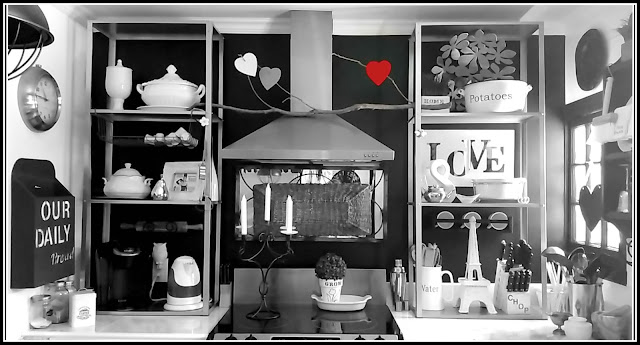