I live in a row house - in the center of the city - so privacy is a very big issue - I could basically lean over and take milk out of my neighbour's fridge when I run out, lol - a slight exaggeration, but only slight - we are very very close - there is not even enough distance between us to make a yard ( just a very narrow courtyard )
Also - because it's a row house there's not a lot of light ( not an issue 100 years ago? ) so window treatment becomes quite a challange.
I tried film, but I felt closed in by it, silly I know - but I did..................and they do not have so many options out there that I could live with. Blinds are just too confining all together for me - so  Dilemma, right?
This summer I staged my mothers duplex for sale - this was a major major overhaul that took a long time - and issues came up that we were not prepared for ( like mold in the bathroom and basement of the lower unit - tres expensive fix ) so budget was tight for decoration - enter the Dollar Store. 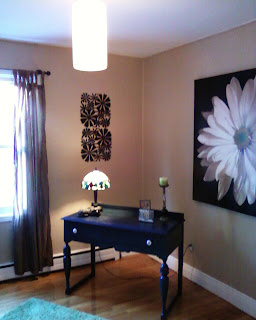 Last week I found them again!
And decided I would try them out for the office window - I like them!  They let whatever little light I get, still come in - but create a little bit of privacy. 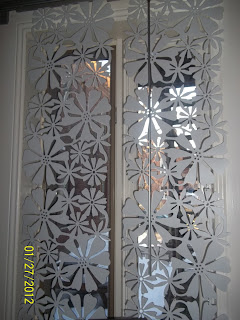 they were 2 dollars for 2 in the pack - so 1 dollar each ( wow I am incredible at math ) total cost 10.00
for a pretty unique window treatment - me like it....................I have them attached to an IKEA track system that I already had - so I could slide them over when I want to open the window but you could simply use eyelet screws ( although it would be a pain in the ass to move them over that way - but perfect if you want
to keep them stationary ) 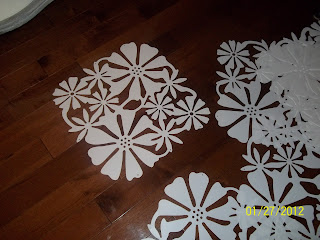 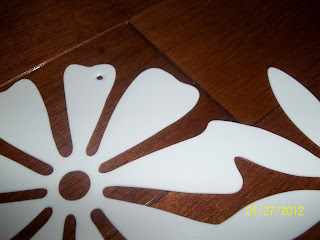 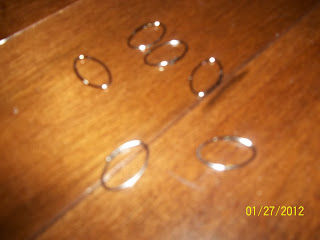 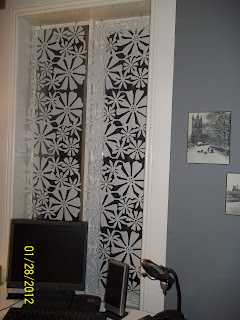 you just attach them with the rings - and I suppose  you could get really creative with this - partitions - curtains - wall displays - they could be as large as  you wanted to make them.