Aghhhhh - I'm choking here - really I'm choking on my laughter -
And I promise this will be the last one for awhile - but I swear this is the funniest one yet.

I decided to post the process of our dinner this evening - without telling him
because he already thinks I should be committed somewhere - and he just doesn't " get " blogging,
he really is a very personal person - keeps things to himself - where as my life story is an open book,
always has been - always will be - 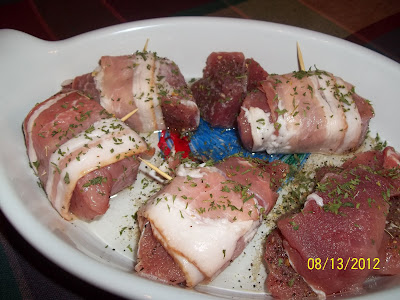 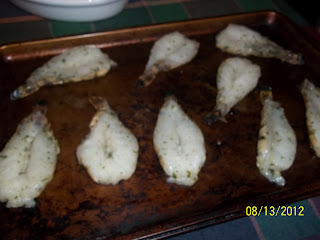 For the potatoes I just strained them - and mixed in butter - some garlic - some Montreal Steak Spice ( I seriously love this stuff, lol )  and some parsley 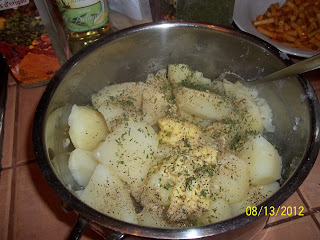 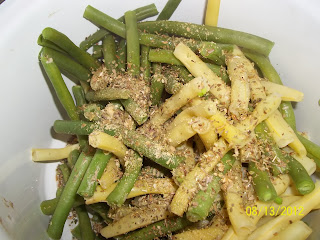 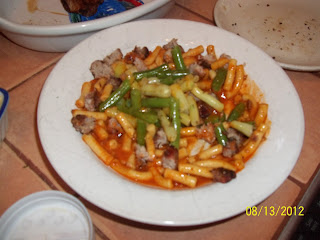 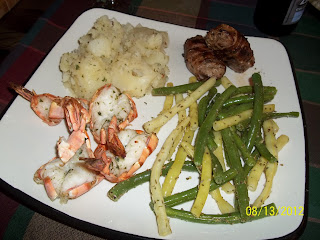 Our dinner conversation moments later
John says - I thought you were doing a furniture makeover blog
Suzan says - I am - for the most part - but I can sprinkle it with other things to keep it from
getting boring
John says - but you're all over the place now
Suzan says - yes, but I'm MOSTLY furniture - except I can't do a piece of furniture a day everyday you know, anyway it's sort of an online diary really - and I've made a lot of new friends that I share it with.

SILENCE - and then this: Stone faced serious

John says - so tell me Suzan - if you wanted to do a post on bath salts - would you take a photo of yourself naked in the bath?  Just to share with your friends?