Do I need an agent?

Ok here we go - another one finished ( oh please let someone like it enough to buy it!!! - I have to win this arguement - I just have to )

Here we go - sorry no before on this one - 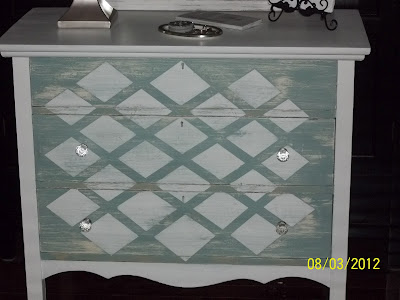 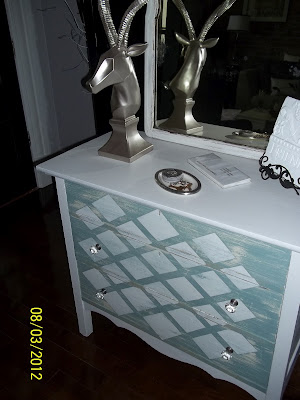 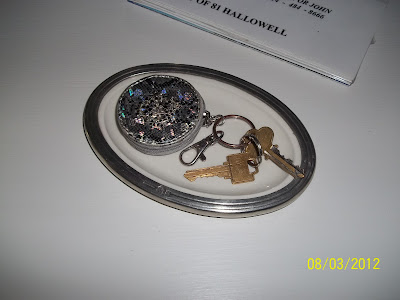 John says - Why do you have keys on the salt and pepper tray?
Suzan says - because I like how it looks - and I may keep it for a key tray - does that upset
the balance of our life in some degree?
John says - It's PEWTER and PORCELAIN for God's Sakes - you're going to destroy it
Suzan says - relax ex - lax it's just for the photos
John says - NOTHING - THIS IS A FIRST - JOHN SAYS ABSOLUTELY NOTHING. 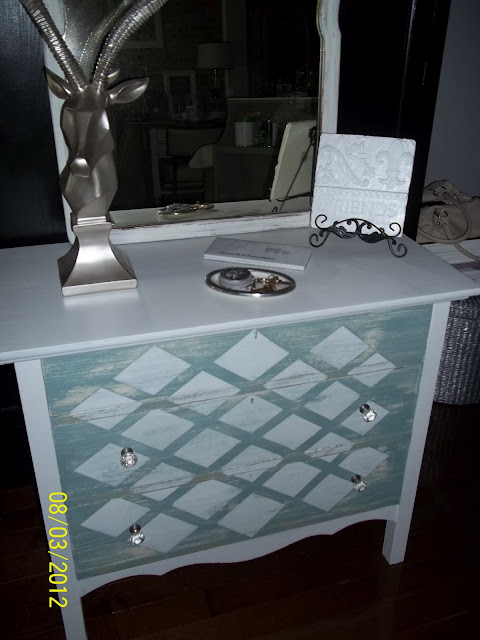 Oh look at that - 2 handles are missing - lol - couldn't even wait till I installed them to take the photos,
Off to find the drill - not even going to think of asking for help on this one.

But I'm going to make him an extra special dinner this evening - sometimes he deserves extra special
living with me.
He really is a saint - albeit a grumpy one at times - but a saint none the less.