Went to turn something on today and half the house plunged into darkness.

S.I.X.T.Y.  amps - which would mean that you can't put the toaster on and make a cup of tea at the same time basically.

And I'm losing control ♪
We've installed 6 pot lights in the kitchen - 50 watts each which probably renders the rest of the house useless.

Let there be light - and nothing else.

There's a very good reason we didn't know we only had 60 amps - BECAUSE THE BOX WAS HIDDEN BEHIND A BUILT IN CABINET BESIDE A FUNCTIONAL CABINET............. 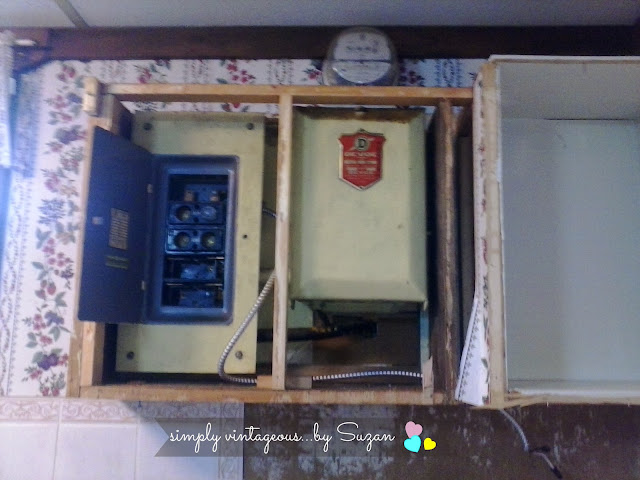 Such is life when you're greedy and want to use the microwave and turn the lights on at the same time :)

We stocked up on fuses in the meantime - which leave me feeling nostalgic.

There were at least 3 million strands of beads to install ( slight exaggeration but not by much I'm sure ) onto the tiniest eyelets you've ever seen - I nearly tossed the light out the freshly painted window at one point. 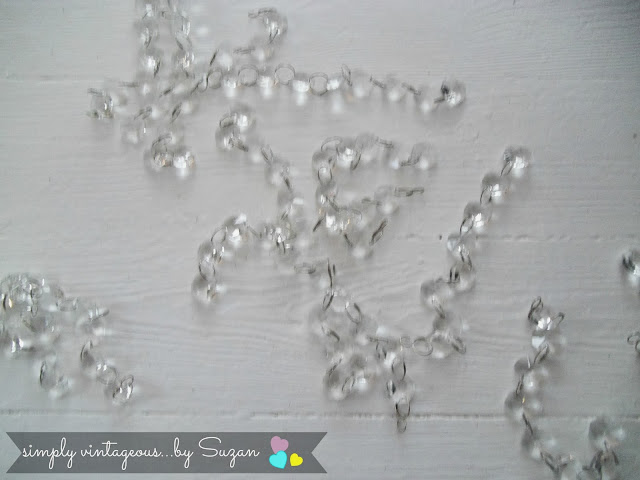 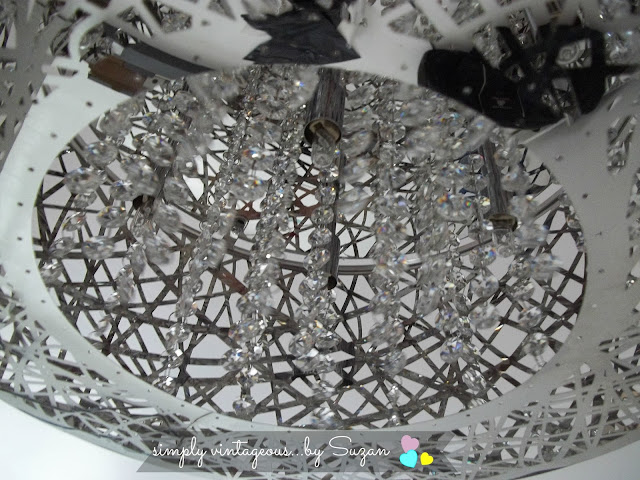 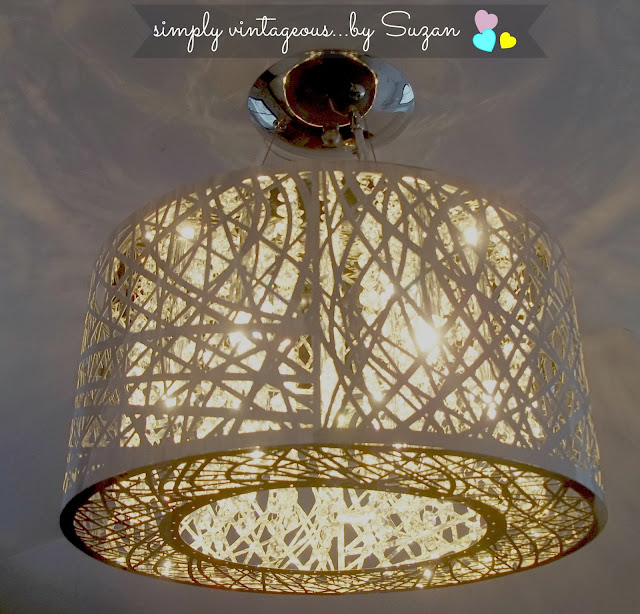 I painted the window frames black - I was thrilled to know you all agreed that they should be painted ( the wood was horrible ) but I bet you thought I was painting them white, right? 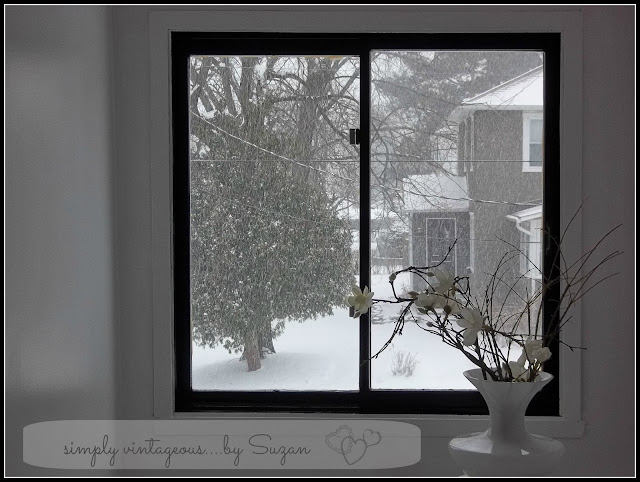 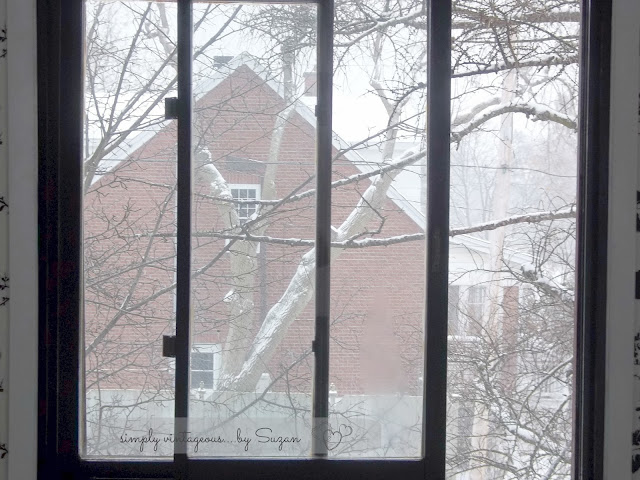 At any rate they're far better than they were 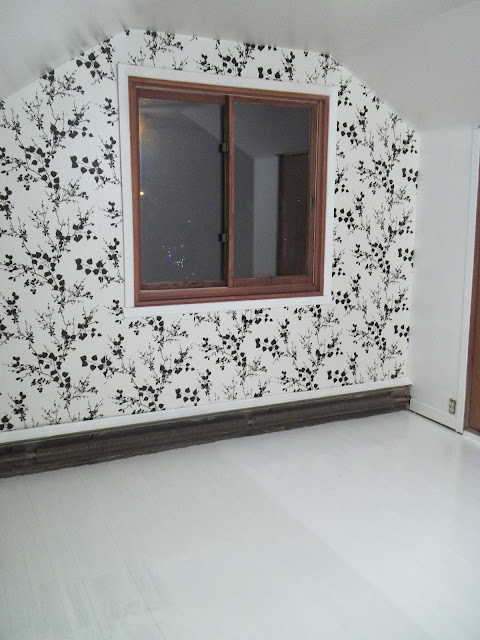 I'm disliking the wall paper more and more everyday - how did I fall in love with it in the first place?
I think I would have preferred it on a solid wall - being on a window wall makes me dizzy - with the view and then all of the pattern it's too much for my brain - I prefer the view actually............. 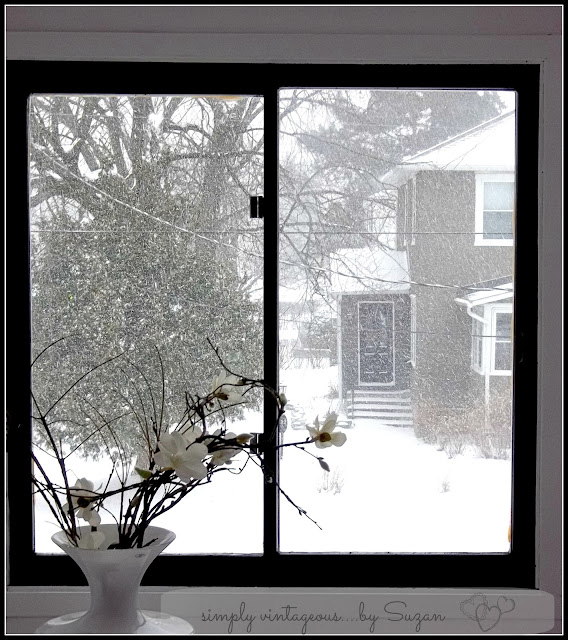 stay tuned for that particular conversation - it's going to be a doozy I'm sure :)  since I had to talk John into agreeing with it in the first place - less than a week ago LMHO
it's not easy for him - you know that right?

Remember when he spilled the white paint all over the freshly painted bedroom?
Was that yesterday?
It was HERE anyway. 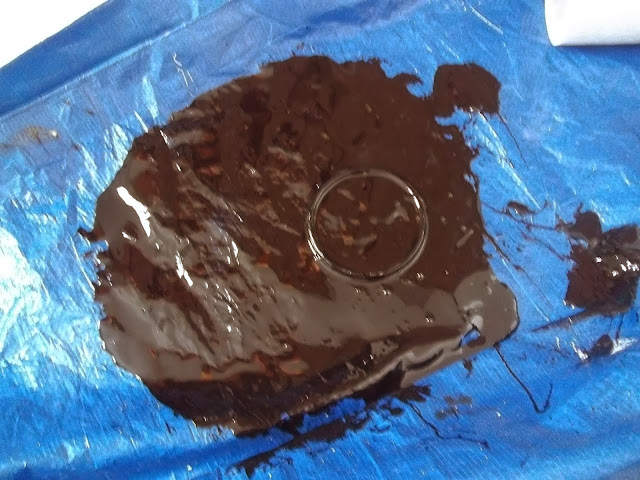 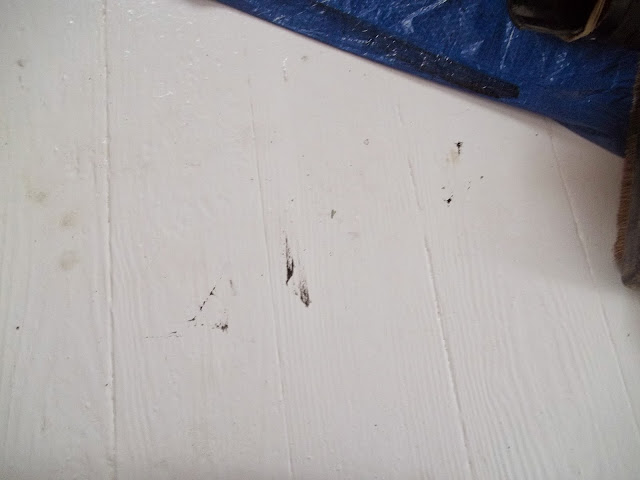 Ok - let's see now - have I covered every single disaster in the last 24 hours?

John's downstairs painting the kitchen ceiling as I type

Suzan yells down - Are you finished yet?  I want to show everyone
John says - STOP GETTING YOUR KNICKERS IN A TWIST - I'M ONLY HALF WAY DONE!!!

Knickers in a twist?
Who says that?
Is that the weirdest expression you've ever heard or what? 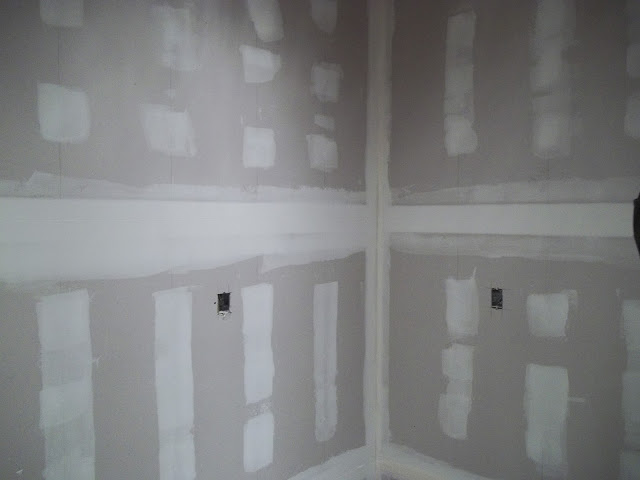 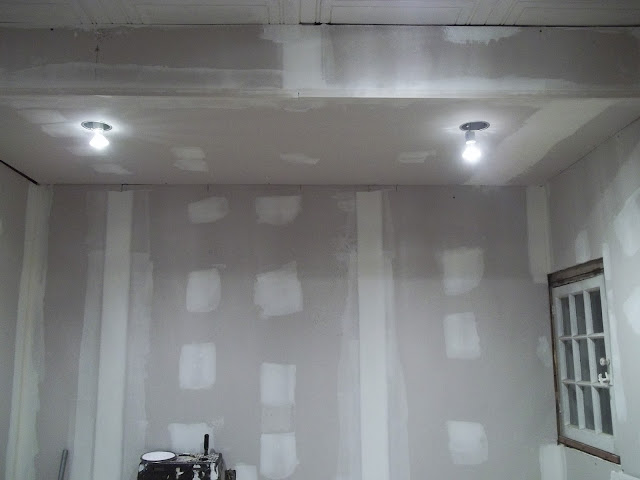