Did I mention that a couple of days after we moved in I flushed some water from a bucket down the toilet?
With a huge microfibre cloth inside of it?
And that I clogged the toilet?
And that it was a nightmare to retrieve?
No?
Ok - I guess I conveniently forgot to.........
But I WILL tell you this.
A couple of nights ago while painting the floor I asked John ( he was going to Home Depot ) if he could pick me up another gallon -
I specifically told him what to get exactly - word for word but he decided he needed to go into the room and pick up the gallon of paint and see what it said himself.
The gallon who's lid was just resting precariously on top of it.
Which he found out as he turned it upside down to read it better.
I heard the bellow before I heard the paint can hit the floor - even before I heard it bounce a second time -
It exploded would be a better description actually - on to the ceiling - the freshly painted walls - the cupboard doors that still need to be painted - the windows that had just been painted black - and of course the floor. 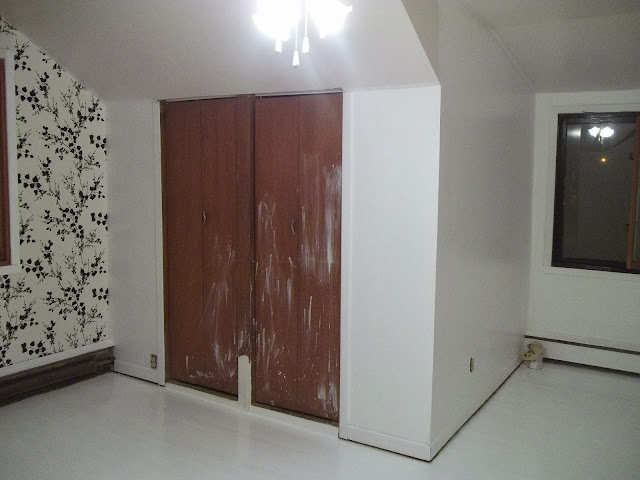 John screams in my face - WHY DON'T YOU EVER CLOSE PAINT LIDS?
Suzan says - Because I'm painting - and I'm not going to close it every time I take a break!!!
Suzan says - Who turns a paint tin upside down to read it?
John says - Oh no you don't - you're not going to make this out to be my fault - I'm sick of it - it's the third time this has happened to me - how hard can it be to hammer a paint lid on?
John says - You owe me a pair of jeans and a shirt
Suzan says - YOU OWE ME 2 DAYS WORTH OF PAINTING MY BUTT OFF

Suzan says - I don't think I like the wallpaper after all
John says - YOU'D BETTER LIVE WITH IT - YOU HAD TO HAVE IT
Suzan says - Why do you react like that when I change my mind about something?
John says - because you only change your mind AFTER you buy things - I ask you to think about it first

The cupboard doors are going white for now - with big glass knobs - but I may hang curtains from them eventually - and further down the road I may cut into them for more space since there's a small cupboard on the other side - and the small room I want to make my little " closet/boudoir ". 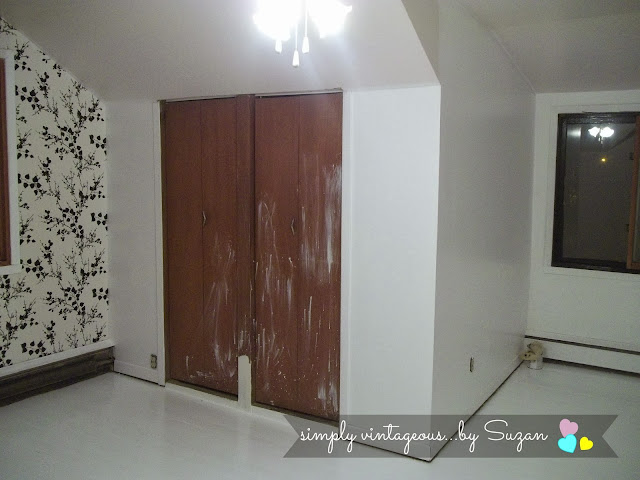 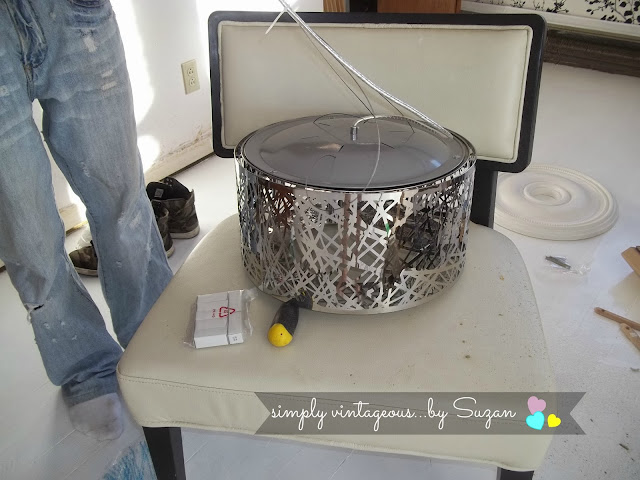 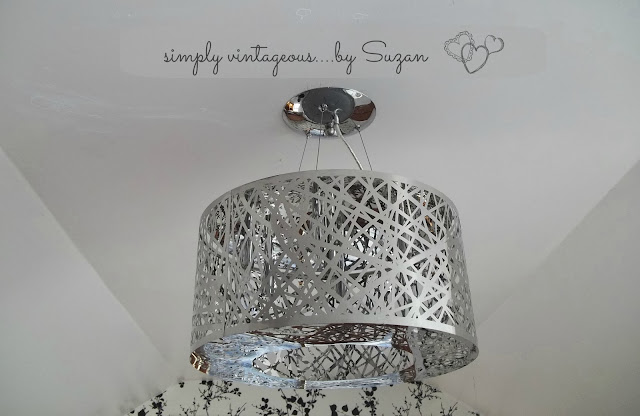 It's gorgeous when it's on - because there's a ton of glass crystals that hang on the inside sending prisms of light throughout the interior. (  I haven't put the glass in yet - too tired :) 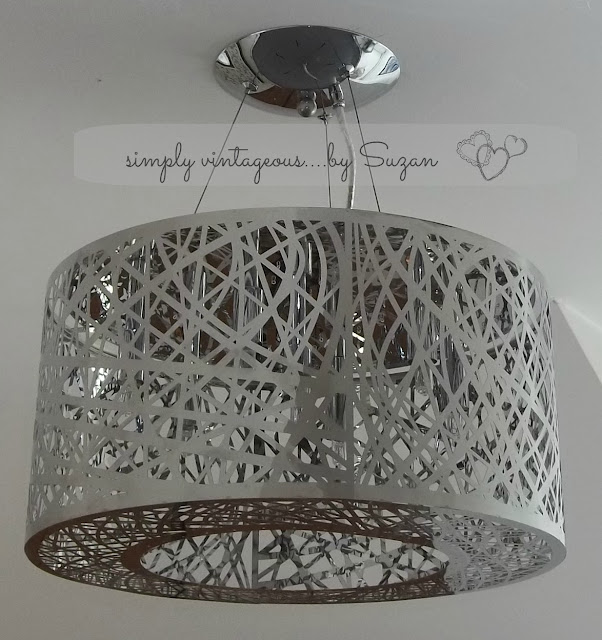 You all have a wonderful Sunday
Enjoy your beautiful homes - you spoiled brats!!!