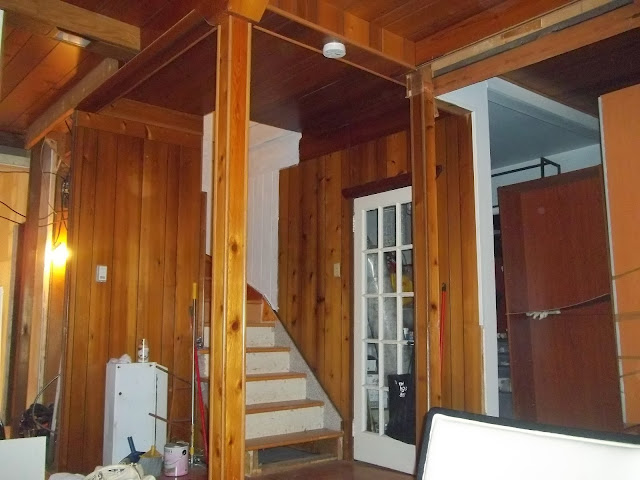 Even I - who just love the transformation process of turning something like this into something pretty - am discouraged by it if truth be told but I do know that the worst is over - and that every single day from here on in, it's going to get better :)

John says - You're not taking pictures of this for your blog are you?
Suzan says - Yes I am
John says - Oh for God Sakes - I'm trying to build business up - I'm selling high end fabric and garments - I don't need people to know what I'm living in.
John says - We went from a prestigious address to this hell hole
John says - in a high pitched voice - supposedly imitating me - Oh - it's going to be gorgeous !!!
Suzan says - And it WILL be - it just may take a leetle bit longer than I originally thought
John says - They'll be burying us - AND IT'LL STILL LOOK LIKE THIS - IT'S TOO BIG, THIS JOB!!!
John says - Why can't you just admit you were wrong this time.
John yells - IS THAT MY CASHMERE COAT THROWN ON THAT CHAIR???? 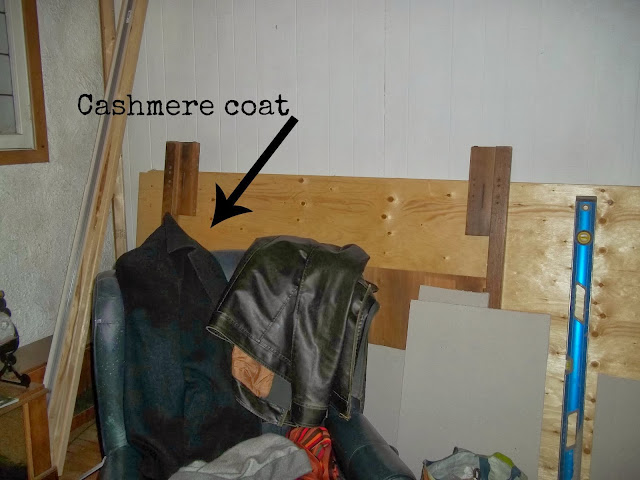 The bedroom is so close to being done that I can taste it
What does a bedroom taste like, you ask?
Like fresh paint - and sanded floors and walls - and refurbished windows - and wallpaper and pretty curtains 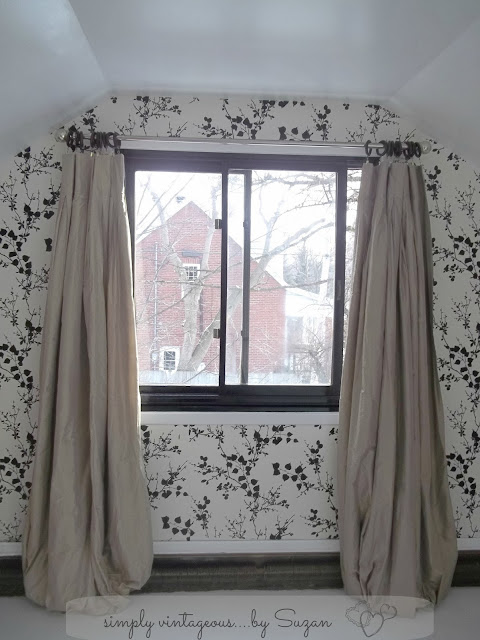 AND guess what yours truly ( inspector clousseau - ette ) discovered today??? 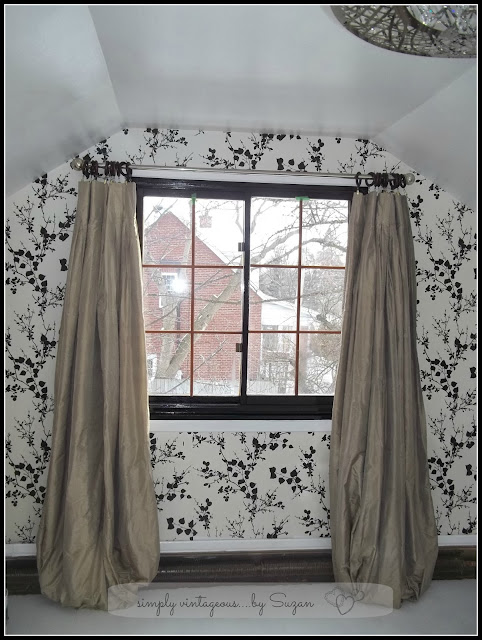 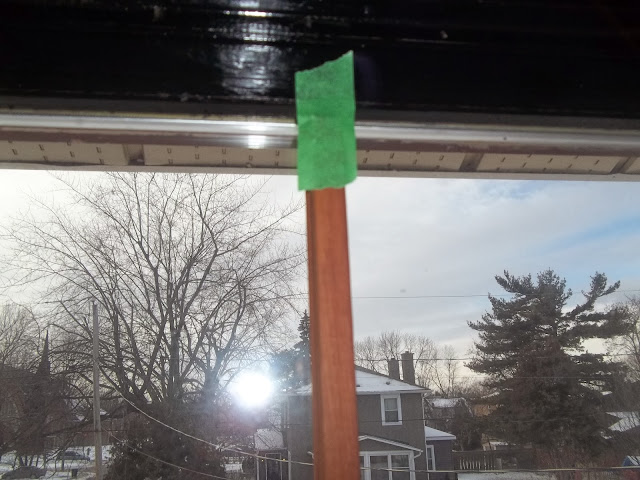 Still, I'm thrilled to have found them - they'll be spray painted black tomorrow to match the windows
( and I may use a little piece of black electrical tape until I find the right brackets because tape seems to be the way to go in this house :)

Want to see the kitchen ceiling so far?  It's only been primed so use your imagination 'K?
I had to come up with an alternative plan from the ceiling I originally wanted because the money is flying out the door - you can see the original coveted ones HERE - and I still love them with a passion - but too too expensive - and in the end I may just love these as much!!!
I'll tell you all about it when I do the " Kitchen Ceiling " post lol -
Such a great alternative to a standard ceiling - I really am loving it -
Which makes 2 things I love so far -
against the 4 million and 3 hundred and 62 thousand things I hate.................... 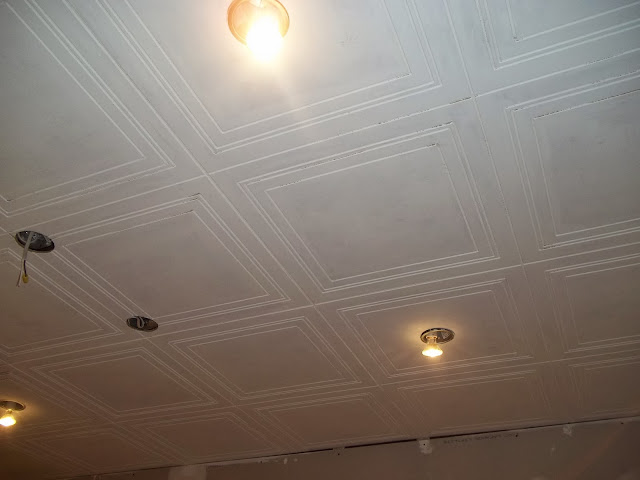 If anyone needs me - I'll be sitting in the corner of the bedroom - on the floor - admiring the view and wishing the bed didn't have to be put plunk right in the middle of that window - hiding the curtains..............

Oh and I'm just finishing off the bedroom closets - 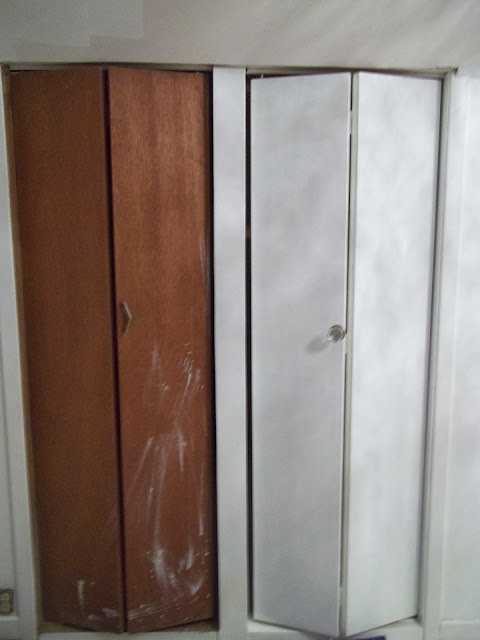 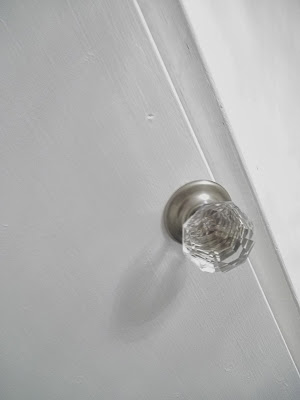 I'm missing my last house a little too much this week - 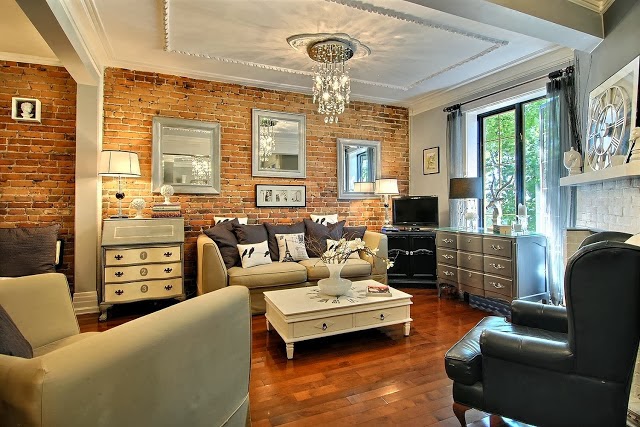 Have a wonderful Friday everyone - I'm off to have a tooth pulled - in the midst of all of this - a tooth crumbled in my mouth this week - which means I now have to make a decision concerning a bridge or an implant.
I'd rather be choosing a kitchen sink :(

Much love,
Christmas is less then 2 weeks away - this will be the first Christmas in 35 years ( with the exception of 1 ) that I haven't had it here at home - Lindsay's going to do it at her place this year )
I may discover I like it that way LOL