I even got permission from the previous owner's artwork to change it up a little
Since we've had the floors redone in a dark ebony it looks even sadder. 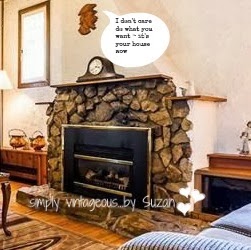 We thought of changing it completely - but that's a huge job - and not really in the budget when there's
so many other things we want need to do.............and I did want to keep the natural stone somehow

Yes actually, she would - and even started - and if it doesn't turn out like I'm hoping - then we'll change it completely :) 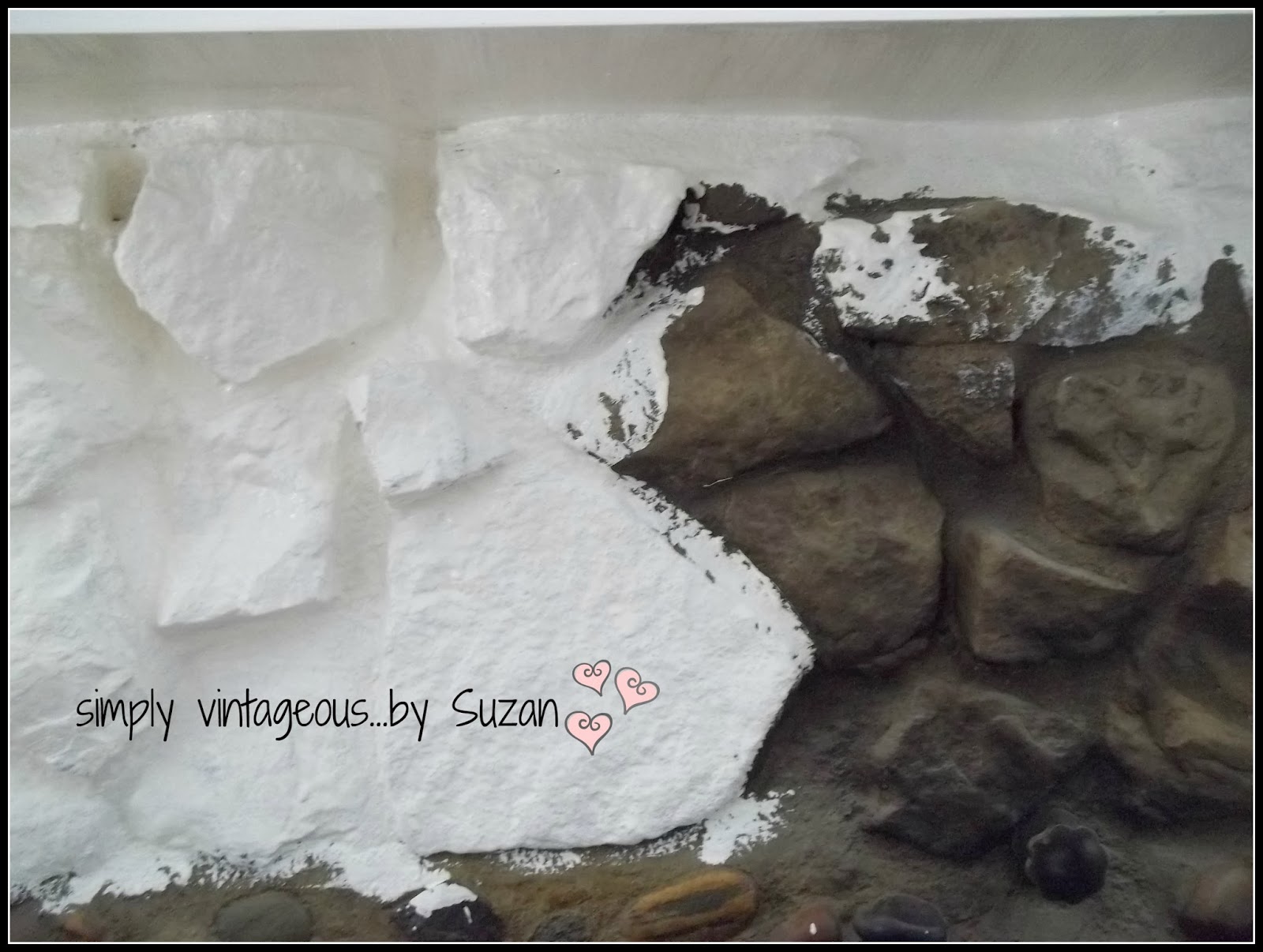 We had a brick fireplace in the last house - red brick to start with - veneer brick to be precise - and it looked horrible with the natural 100 year old exposed brick on the walls - I suppose the previous owners wanted to keep a theme going - but it was a huge fail -  so I painted that white too and it worked.
Beautifully.
( John fought me on that one tooth and nail - so I did it when he was sleeping one night - stayed up the entire night painting it - it took 4 coats if I remember correctly - and he loved it ) 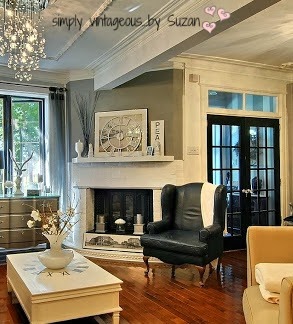 Have a restful - peaceful Sunday all !

Much love,
( I'm feeling better today - thanks so much for all of your kind words - most of you have been there - done that so I know you get it - I think exhaustion has crept in to be honest with you - absolute exhaustion )  So I really took it easy yesterday - laid around a lot - painted at a much slower pace - played music ( my go to therapy - and it works every time )
AND we have our cruise in March - I have to hold on to that thought on the rough days :)