By the time the Lord made mothers, he was into the sixth day working overtime. An Angel appeared and said "Why are you spending so much time on this one?"
And the Lord answered and said, "Have you read the spec sheet on her? She has to be completely washable, but not plastic; have 200 movable parts, all replaceable; run on black coffee and leftovers; have a lap that can hold three children at one time and that disappears when she stands up; have a kiss that can cure anything from a scrape knee to a broken heart; and have six pairs of hands."
The Angel was astounded at the requirements for this one. "Six pairs of hands! No Way!" said the Angel.
The Lord replied, Oh, it's not the hands that are the problem. It's the three pairs of eyes that mothers must have!"
"And that's on the standard model?" the Angel asked. The Lord nodded in agreement, "Yep, one pair of eyes are to see through the closed door as she asks her children what they are doing even though she already knows. Another pair in the back of her head, are to see what she needs to know even though no one thinks she can. And the third pair are here in the front of her head. They are for looking at an errant child and saying that she understands and loves him or her without even saying a single word."
The Angel tried to stop the Lord. "This is too much work for one day. Wait until tomorrow to finish."
"But I can't!" The Lord protested, "I am so close to finishing this creation that is so close to my own heart. She already heals herself when she is sick and can feed a family of six on a pound of hamburger and can get a nine year old to stand in the shower."
The Angel moved closer and touched the woman, "But you have made her so soft, Lord."
"She is soft," the Lord agreed, "but I have also made her tough. You have no idea what she can endure or accomplish."
"Will she be able to think?" Asked the angel.
The Lord replied, "Not only will she be able to think, she will be able to reason, and negotiate."
The Angel then noticed something and reached out and touched the woman's cheek. "Oops, it looks like you have a leak with this model. I told you that you were trying to put too much into this one."
"That's not a leak." the Lord objected. "That's a tear!"
"What's the tear for?" the Angel asked.
The Lord said, "The tear is her way of expressing her joy, her sorrow, her disappointment, her pain, her loneliness, her grief, and her pride."
The Angel was impressed. "You are a genius, Lord. You thought of everything for this one. You even created the tear!"
The Lord looked at the Angel and smiled and said, "I'm afraid you are wrong again, my friend. I created the woman, but she created the tear!"
Author Erma Bombeck


It's all too much - what with everything that's going on in the world right now - between Gaza - and Syria and the Ukraine - and Iraq - and Africa - even Ferguson - not to mention I'm still hurting over Robin William's death ( is that normal ? oh well if it's not, then I'm not - because it really did affect me )  and now I'm unbearably heartbroken hearing about Jim Foley - and I mean unbearably as in sick to my stomach.
I get overwhelmed from time to time - and right now I'm feeling a little like I did when Sandy Hook happened ( that post is HERE - warning - I swore in that post )
Sometimes they need to flow.
And flow they do.
Some days it's an unbearable burden all of this worldwide heartache - so much so that it seems ludicrous to bombard you with John and I's silly conversations - or a plank wall - in the midst of all of it.
Today I'm a crybaby - tomorrow the laughter will return - hopefully - that's just the way I roll.
Erma said it's OKAY to cry - and she pretty much hit the nail on the head with everything she wrote - so I'm going to listen to her on this one.
I'm sorry to be such a downer - but some days are meant for tears and a little bit of silence.
This would be one of them for me.
Amen.................

Have a good Friday..............and a wonderful weekend
( I'll announce the winner of the below giveaway on Sunday )
If you haven't left a comment you can't be picked ♥ 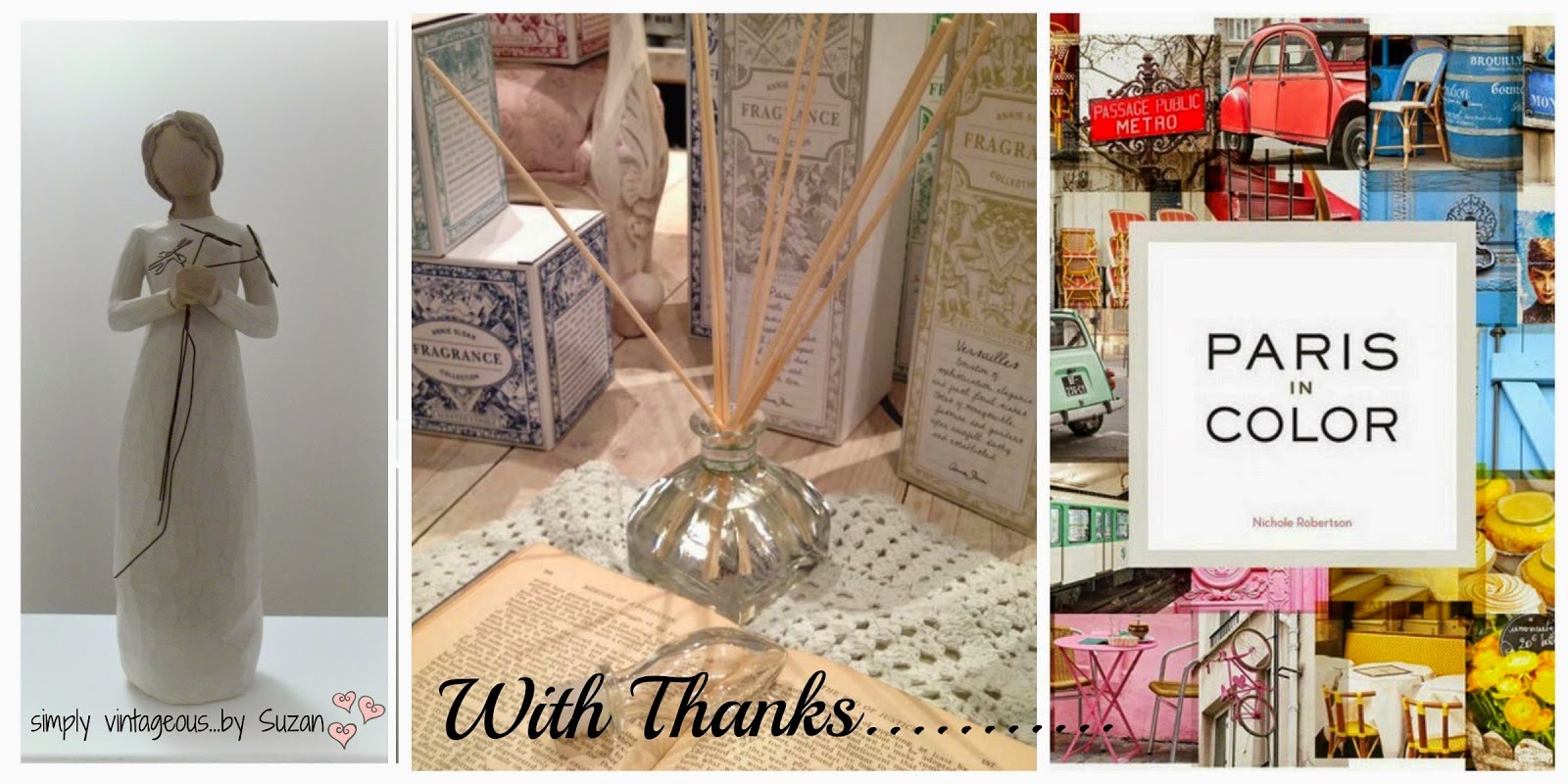