We had a small crisis here yesterday morning - that completely resolved itself by the end of the day - nothing I can speak about - but since all's well that ends well - I don't NEED to!

In addition to the above crisis - last night,  the mirror that rests on my mantel decided it didn't like being there anymore -
seriously - it lunged over the mantel to it's death..............rather than just stay put AND it  missed me by a quarter of an inch 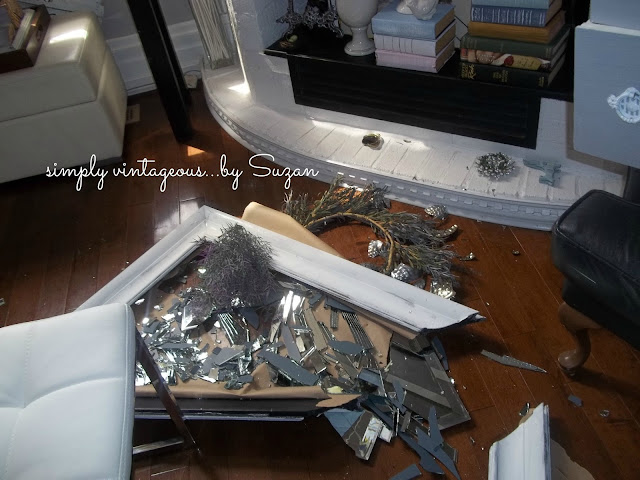 I was moving these chairs to the front door to deliver them to April's today and had just moved the last one.
OMG - I don't know what I would have done - really - can you imagine if I would have had to start over?
think I would rather have had it slice half my nose off ( which is too big anyway ) than have to start over on the chairs. 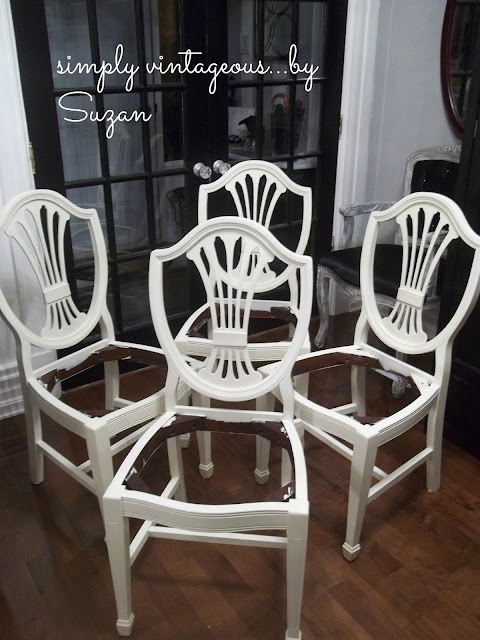 Have a good Tuesday all  :)