Ok - let's see - where to start?  Hmmmm, let's see now...................I'm on twitter LMAO...........
Every time I say it, I start laughing and I mean really laughing - guffawing - snorting - tears in my eyes laughter.  I HAVE NO IDEA WHAT I'M DOING HERE FOLKS, absolutely none.
And it's hilarious because I just keep signing up to everything blindly.
I still don't understand Facebook ( and that's really embarassing - I mean everyone is on facebook
and I don't think it's complicated at all - learning all the steps in blogging was probably much more difficult - but for some reason I have a mental block with it )  and now Twitter?
Does anyone else get overwhelmed by all of this?
I know it'll all come to me eventually - but I have to tell you - I was the one that swore I would never tweet.
At 53 I'm feeling more and more like an old dinosaur to tell you the truth...................
Until I actually upload ( download?- side load ? ) a follow button for twitter - here's my URL
https://twitter.com/simplyvintagous

Another birthday coming up this month - so I'll probably be saying 53 a lot in the next few weeks - I'm hanging on to that number desperately.

We have another Tongue in Cheek Tuesday ( TICT ) coming up on April 23rd - I want to see as many of you as possible linking up to this one! 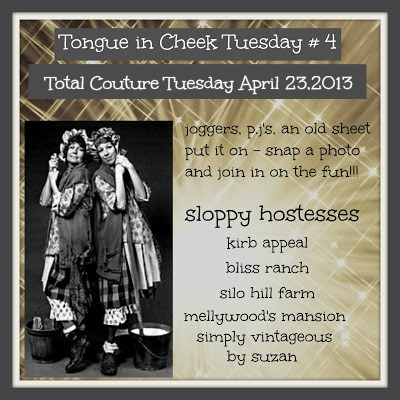 It's a friendly spoof on " What I wore Wednesday " you snap a photo of yourself in your " slob " clothes ( the more ridiculous the better )  and link up - it's going to be hilarious me thinks.  If you're shy you can cover your face - Grab the image above and post it if you like - and spread the word - there's nothing in the world like a good belly laugh  ( like the way I laugh every time I think that I've signed up for Twitter ) 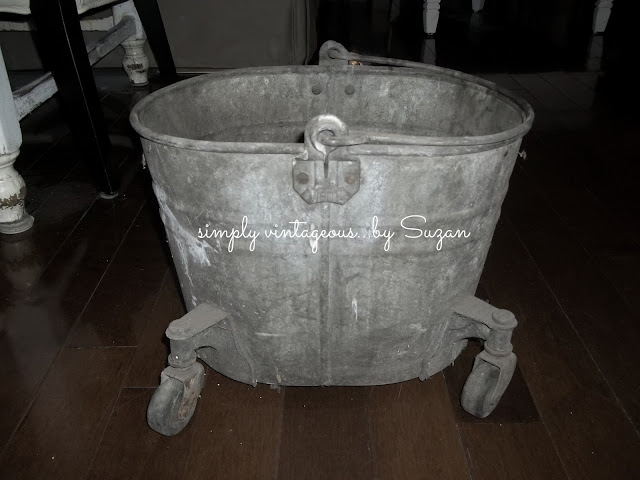 Have a beautiful weekend everyone - and remember - next time you're dressed like a slob - take a photo of yourself and save it for the big day!