A CLOCHE is a CLOCHE not a CLOCK

Last night I was checking out Craig's List and Kijiji because I'm always checking for furniture - and lo & behold, what to my wondering eyes should appear?

A Cloche - placed in the furniture section by accident -

Here's a photo of it 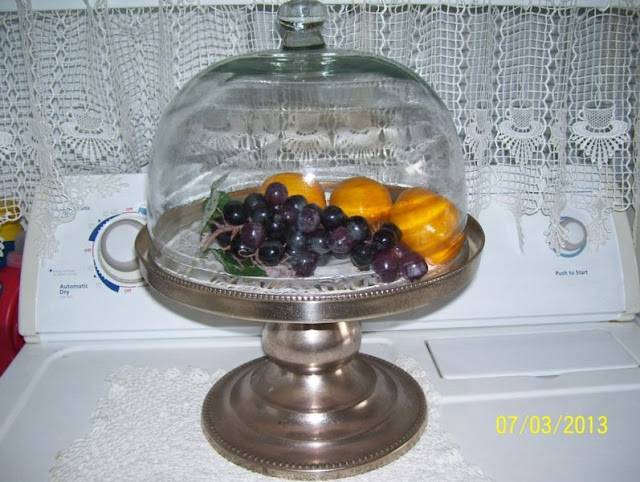 John says - UGGGHHH - that's the ugliest thing
John says - why do you need a stand to keep fruit in - we have all kinds of fruit bowls
John says - with his head up against the screen - God is that UGLY
Suzan says - The seller's using it for fruit - I want to put little Christmas trees in it next Christmas
John looks at me much the way you look at someone you love who you've finally realized has lost their mind
seriously, he has a look of pity on his face............
Suzan says -DON'T LOOK AT ME LIKE THAT
Suzan says - You really don't have any imagination, do you?
John shakes his head -
John says - I wouldn't dare tell you where my imagination is taking me now..................
John says - You're taking that Christmas in July thing a little too far now.
John says - I've been watching it happen for a long time - but it's happened - you've lost your mind completely
John says - They're not dollhouses- they're to put fruit in - or cakes


Suzan says - If you pick up the cloche for me - I'll make a big chocolate cake to put inside of it
John sighs - So where exactly is this Schloche?
Suzan says - IT'S A CLOCHE - what's so difficult about that word?

He was gone 2 hours - the phone rings

and a half hour later I hear the back door open -
John yells - YOUR BLOODY FRUIT BOWL IS HERE - AND IT'S EVEN UGLIER IN PERSON
Suzan says - John thanks soooo much - I love it - I know how hot it is out and I really do apprea-----------
Johns - yeah - yeah - what's for supper - I'm starving
Suzan says - Do you think you could go to the grocery store? 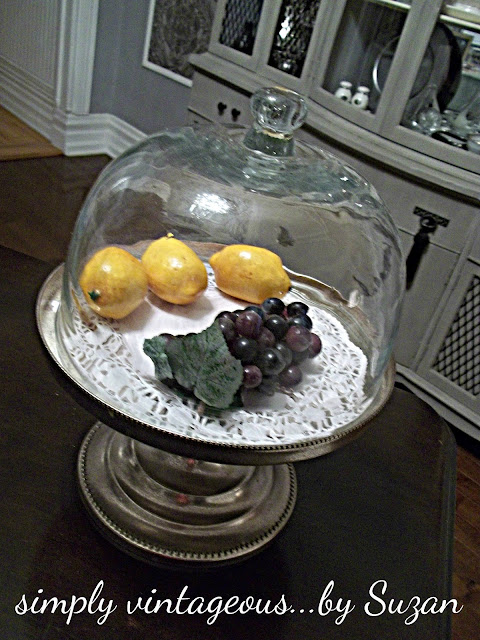 While he was at the grocery store I did this quickly - 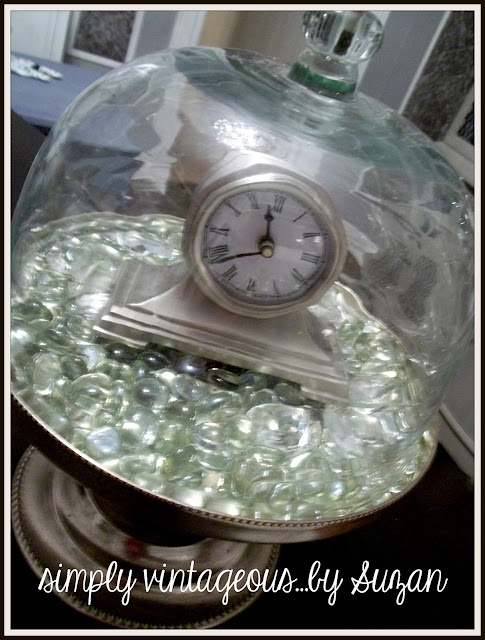 I just realized how dirty the dome is - here it is all washed up and shiny! 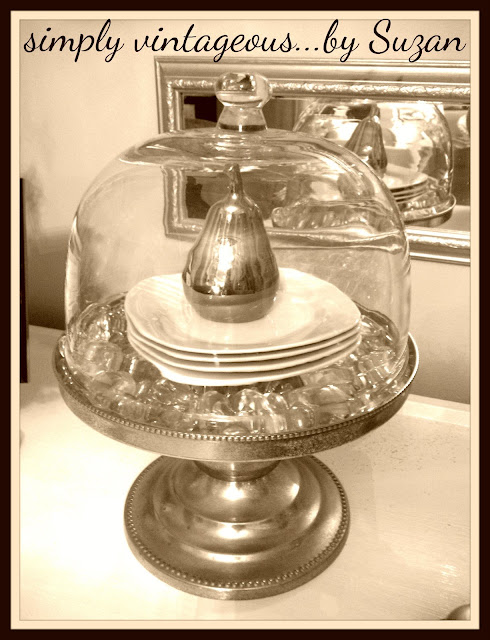 Have a wonderful Thursday all - I have a huge make over for tomorrow!