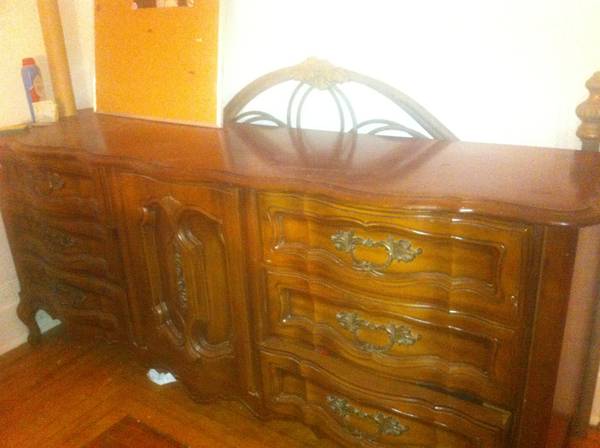 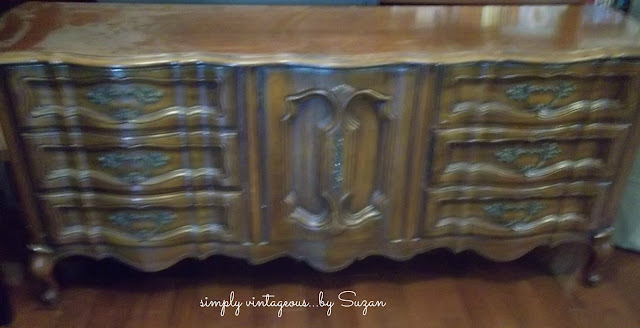 Trust me this was in pretty rough shape - she has been filled - screwed - sanded - glued and hammered
Came out of a college student's dwelling - but I should have had my camera once again - he was in a 120 year old apartment building - falling apart but filled to the brim with architectural beauty...................

I started off with the drawers - Paris Grey ( Annie Sloan Chalk Paint ) on the interiors - with white trim along the outer edges. 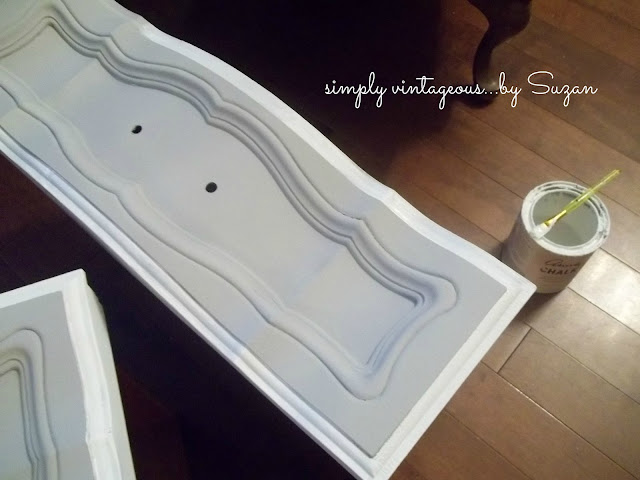 I painted the top of the dresser Pure White -and the body of it in Pure Grey
The handles got a fast sweep of white spray paint ( rustoleum ) and when I say a fast sweep I mean I only just quickly sprayed the surface - I wanted to leave some of the dark in there just to antique them a little.
OK - do I sound like I know what I'm talking about?
Hope so - because half of the time I'm trying new techniques and have no idea if they'll turn out like I want them too LMHO...............and then when I write about it I try to come across all expert like :)

My absolute favorite part of French Provincial furniture is the scalloped edging ( and when they have
" serpentine " drawers, well that's just a bonus ) this photo is before I waxed it 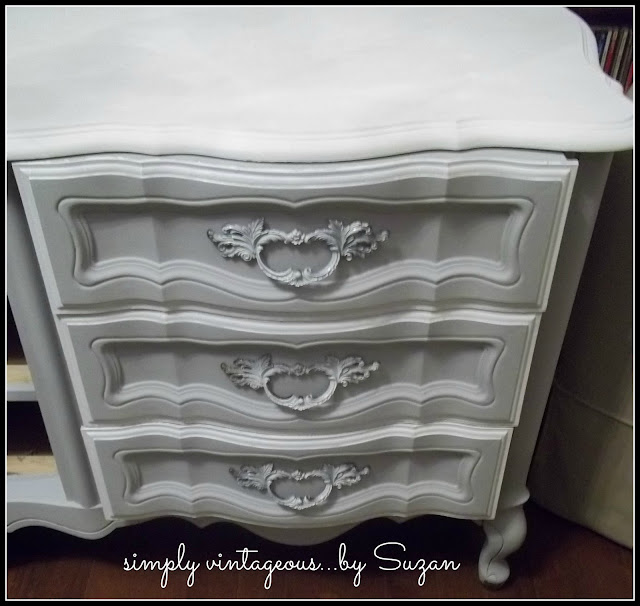 Behind the middle door ( think " Let's make a deal " )
are 3 small drawers - I painted them white - and then for a cute touch I added these
Whenever I paint numbers on drawers I always picture this conversation in a house
" honey - where's the baby's socks?"
" in number 2 sweetheart "
People that take my furniture have to be in love...............them's the rules. 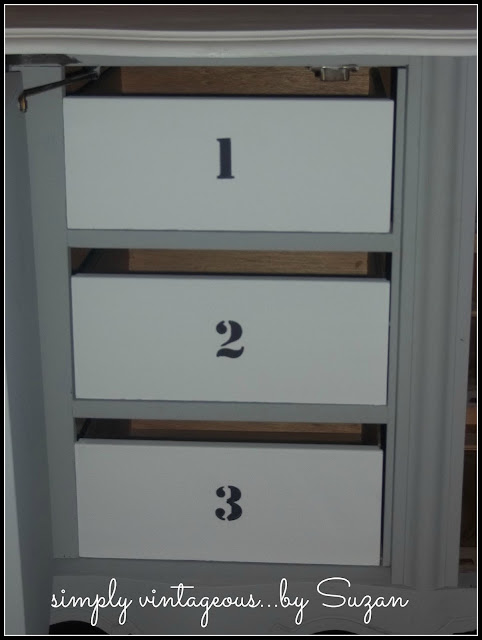 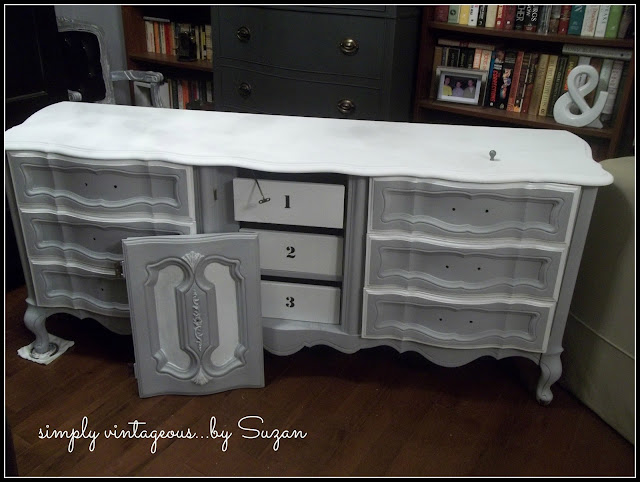 When John screws something in - anything really - he does it so tight that it never ever closes again - doors to rooms - he's cracked light switch plates - kitchen cupboard doors - it's ridiculous - at some point don't you realize it's not working?
I make mistakes - I make a ton of mistakes - but I tend to learn from them.

I watch him putting the door back on and he's actually shaking with the force he's applying to it  (and maybe some of you remember the table legs fiasco HERE?)
He's shaking - and turning red - and the sweat is pouring down his face - and it's 3 tiny screws .................. 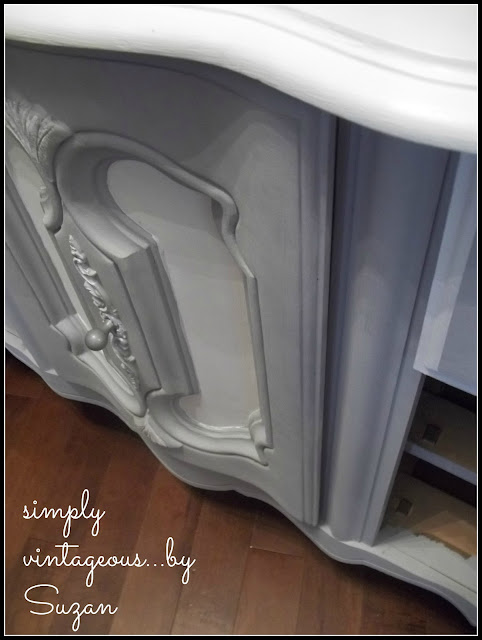 And if he thinks it too hot to screw 3 tiny little screws into a door - he should try waxing in this heat. I think I lost 10 lbs waxing this thing - it's so humid here.
notcomplainingatallbecauseitwasn'tthatlongagowhenIwasrantingandravingaboutwintertakingsolongtoleave
But it's so damn humid lol
I was still able to buff it a pretty decent shine - even though I have one useless shoulder and the sweat dripping into my eyes basically took the color off my irises................ 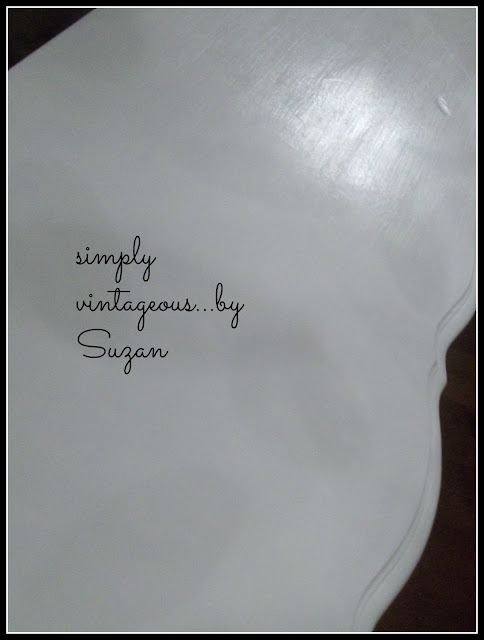 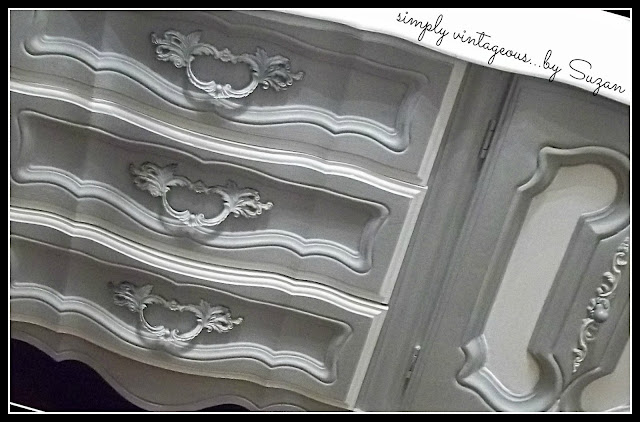 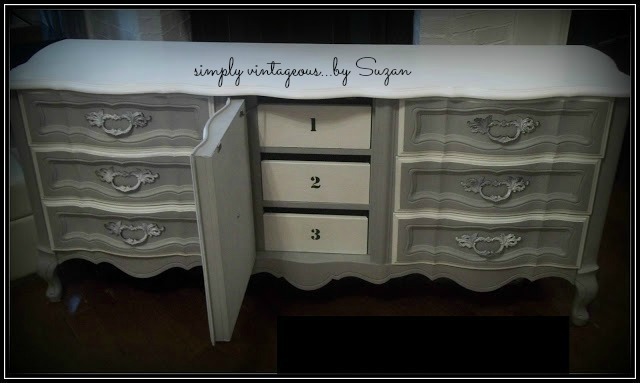 this piece is huge - wouldn't it make a great changing table in a nursery? 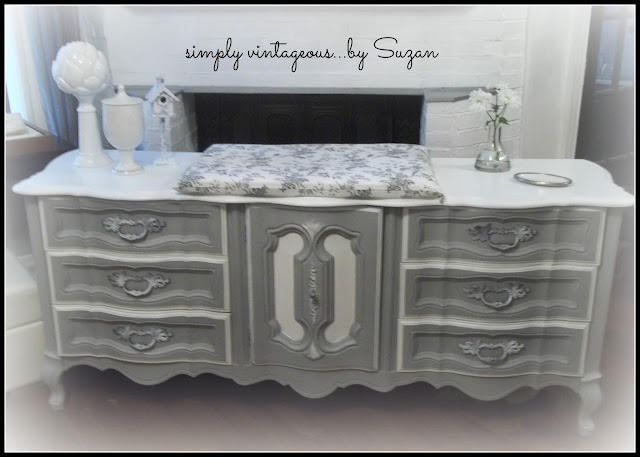 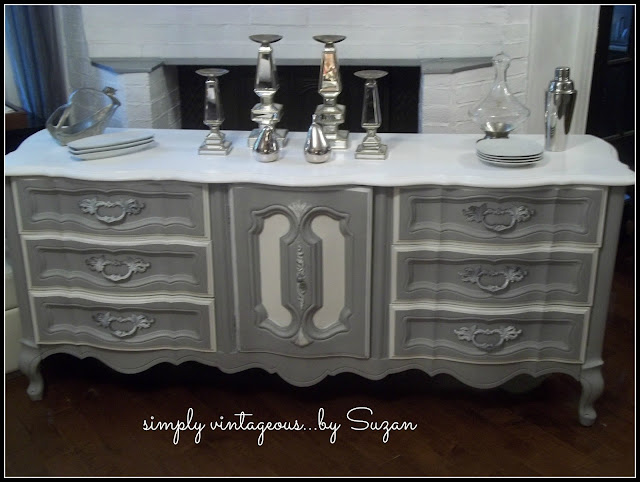 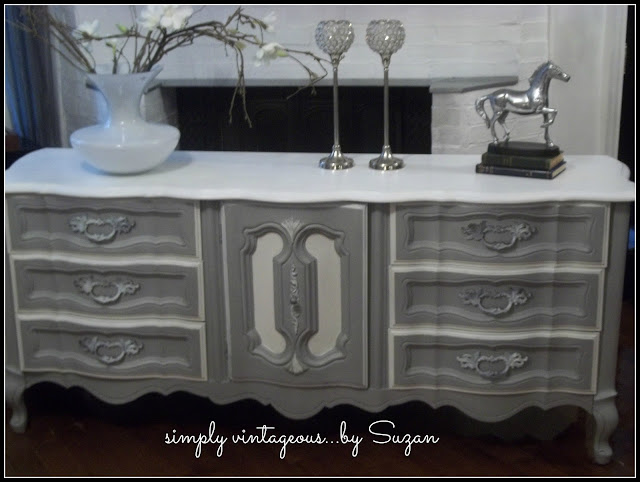 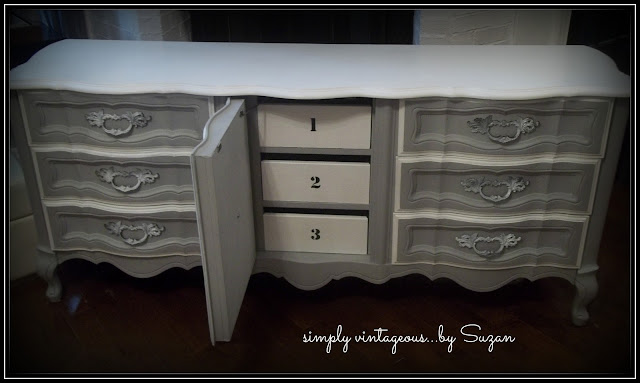 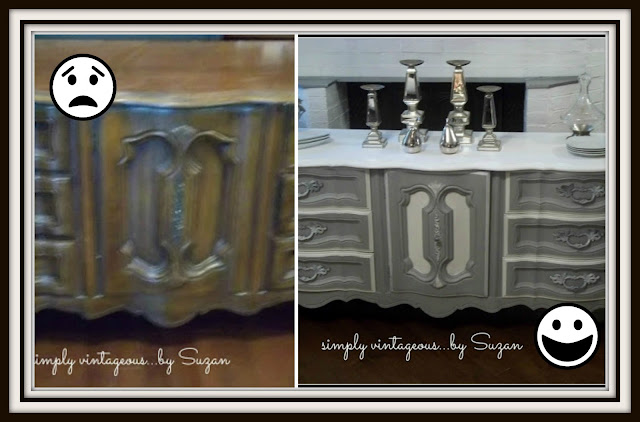 I keep running all over the place taking things to stage the dresser - John's watching T.V.
He ignores me on the first two - by the third.................
John says - what exactly are you doing with all this stuff
Suzan says - staging the dresser
John says - dead serious - Overkill - it's too much Suzan
It takes me a moment before I realize he thinks I'm putting it all on at once 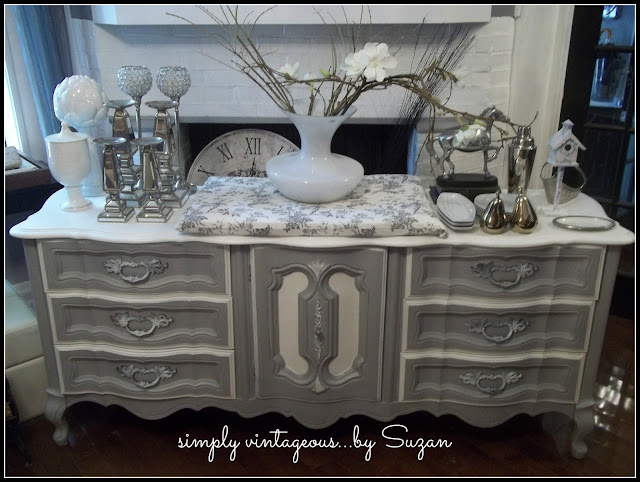