GIVE ME A HEAD WITH HAIR
LONG BEAUTIFUL HAIR
SHINING, GLEAMING, STREAMING, FLAXEN, WAXEN
GIVE ME DOWN TO THERE, HAIR
SHOULDER LENGTH OR LONGER
HERE BABY, THERE BABY, EVERY WHERE DADDY DADDY............ 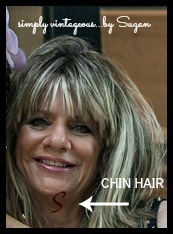 Sometimes you have to be grateful for the little things really.
Quite a while back I did a post on chin hair ( HERE )

I spend far too much time worrying about hair - the ones that grow on my head - my legs - my chin - and other places not fit to mention.

LET IT FLY IN THE BREEZE AND GET CAUGHT IN THE TREES
GIVE A HOME TO THE FLEAS, IN MY HAIR
A HOME FOR THE FLEAS, A HIVE FOR THE BUZZING BEES
A NEST FOR BIRDS, THEIR AIN'T NO WORDS
FOR THE BEAUTY, SPLENDOR, WONDER OF MY HAIR

BUT - while I bitch and complain about the high maintenance of hair - and stand in front of the mirror with my tweezers blindly trying to get rid of them - and complaining about my lot in life - because why oh why do I have to have a couple of chin hairs growing out like whiskers on my face -
there's women out there that have it just a tiny bit worse............


A woman who began sprouting thick facial hair after the birth of her child says she no longer wants to hide away and is finally embracing her beard.
Indonesian Agustina Dorman, 38, first noticed the stubble growth when she was 25, days after the birth of her first child.
Ever since she has hidden her face under a hijab whenever outside in Penaga village, Indonesia. 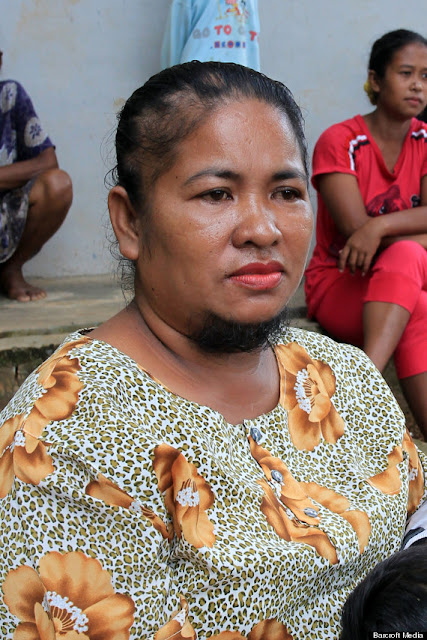 OR
excuse me Madam - it's time to shave? 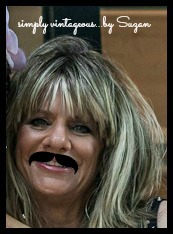