I swore I wouldn't utter a word about the heat this summer...............I made a promise to myself that I was going to bite my tongue and just remember what happened in Spring here in Montreal 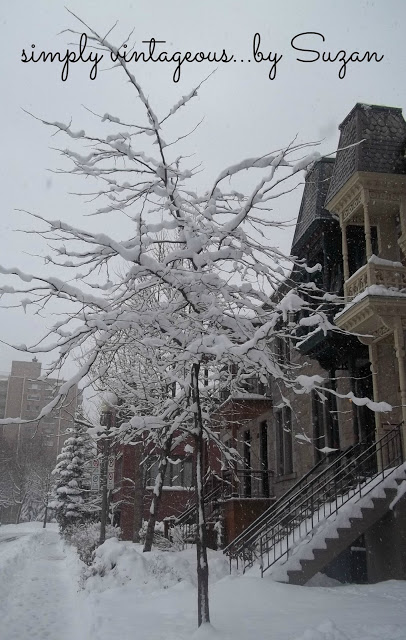 BUT THIS IS RIDICULOUS - the heat is repressive - makes everyone feel nauseous and cranky and just plain miserable and I'll complain if I want to - what kind of promise was that to make to myself anyway?

If I were a stalk of corn I'd look like this

If I were a cartoon character I'd look like this


The heat goes on in southern Ontario and southern Quebec Thursday, with humidex values in the high 30s and low 40s.
CBC meteorologist Jay Scotland said temperatures should be slightly less warm than Wednesday, but still hot and humid.
Ottawa officially reached heat wave status yesterday — three straight days of 32 C or higher — and Toronto could follow suit today after a high of 34.8 C on Wednesday. The temperature was already 27 C in Toronto's downtown as of 7 a.m. ET.
"That would be seasonal average for a daytime high, and we're nowhere near the daytime high just yet," Scotland said.

For you Americans - the above is in Celcius - ( which took me 20 years to think in terms of  - and now thanks to blogging and most of it being American - I'm dangerously close to thinking in terms of Farenheit again ) it's in the mid 90's - which is one thing - but it's the humidity which brings it soaring past 100..........
104 with the humidity today to be precise.
By 7 o'clock in the morning it's 80 degrees............
Still think of Canada in terms of Snow and igloos?
( that would be just a leeetle further up north my friends )
Montreal and Toronto weather come dangerously close to being like Manhattan weather - and if you've ever been to Manhattan in July and August you know exactly what I'm talking about - and if you haven't been in July or Auguest - DON'T
And if you do go in July or August don't say I didn't warn ya!!!!!!!!!!

Oh - and please don't hold this against me next January - when I'm complaining about the cold and posting pics of heat waves..............

Have a great Saturday all
Stay Cool