I WANNA live there Wednesday # 78 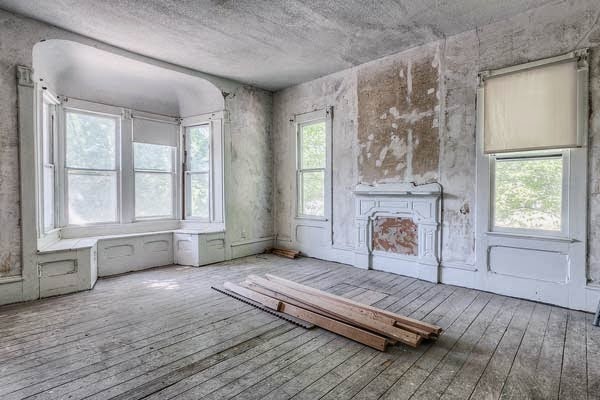 AND if you thought last week's price was over the top ridiculous - they're actually GIVING this one away!
You have to have it moved though -

Which struck me as so hilarious - can you imagine showing up at the border with a HOUSE lmho?

Price: $0 (must be moved)
Location: Grimesland, North Carolina
Contact: Claudia Deviney, 252-482-7455
The History: After a fire destroyed the longtime home of tobacco baron Joseph John Laughinghouse in 1903, he and his wife, Eliza, decided to sell their 1,000-acre plantation. The land, which had been in Joseph's family for more than 100 years, contained some of the finest tobacco-growing soil around. Brothers Clarence and William Faucette, tobacconists by trade, bought the parcel for $20,000 and had so much success farming it that William was able to buy out Clarence's share and pay off the bank in only seven years. Around 1910, William built this grand farmhouse on the site of the original house, and he lived there with his wife and daughter, both named Louise. The house stayed in the family until 2011, when the owner of an adjacent property bought the estate for the land. He is now offering the house to anyone willing to move it.
Shown: The 4,363-square-foot house has six bedrooms and two-and-a-half bathrooms. It retains original exterior details, such as Doric columns and the center gable's fish-scale shingles. 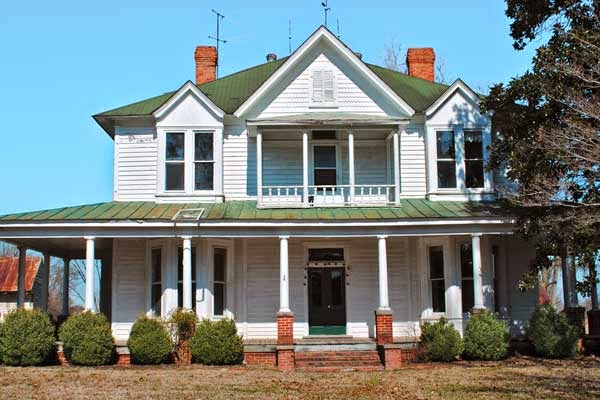 Why Save It? The wood clapboard house retains late-Victorian details, including multiple window bays, two patterned brick chimneys, and a 1,086-square-foot porch. Eight mantels and fluted casings around each of the 27 windows are among the elaborate features inside.
Shown: A balcony is tucked under the center gable. 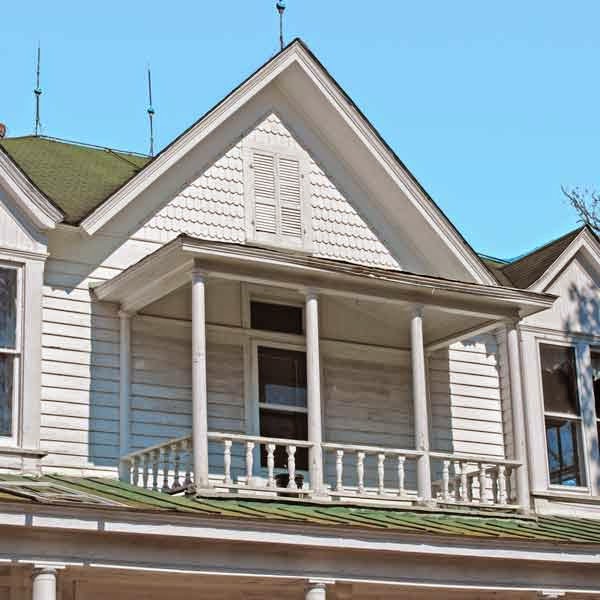 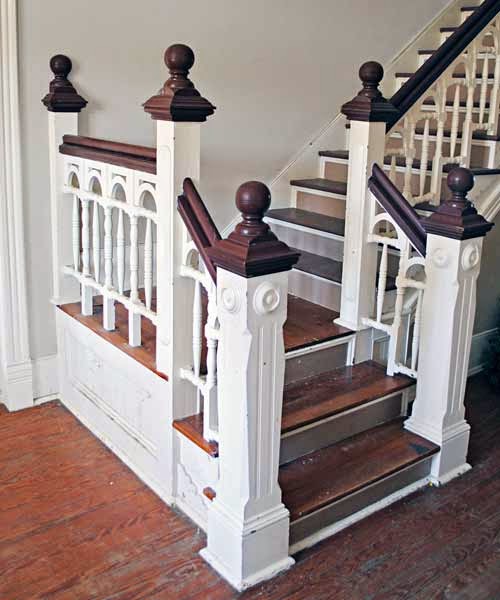 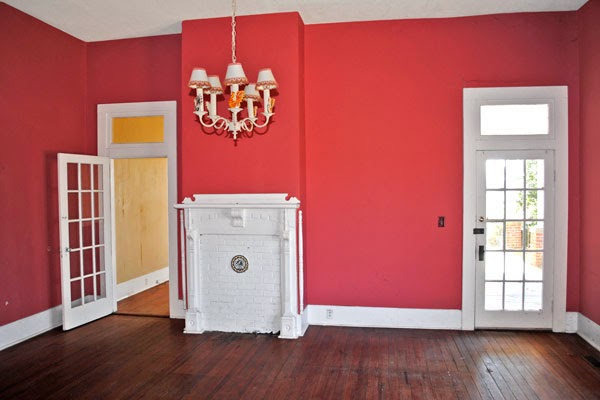 One of eight decorative mantels found throughout the house. 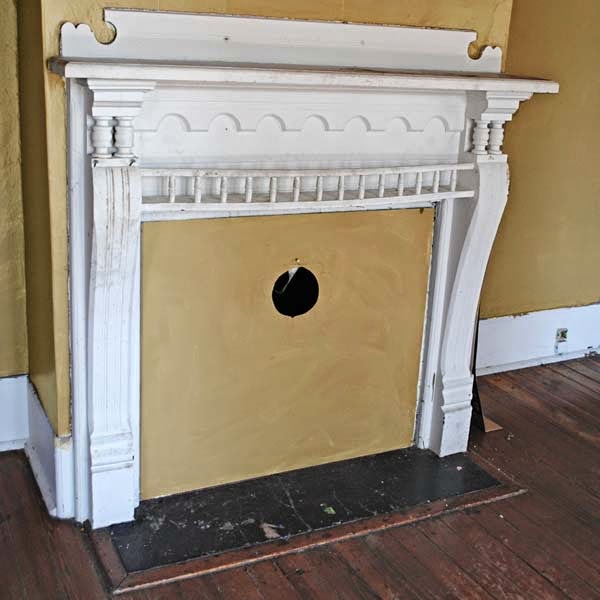 The home is in remarkably good condition and retains the original baseboards and casings. 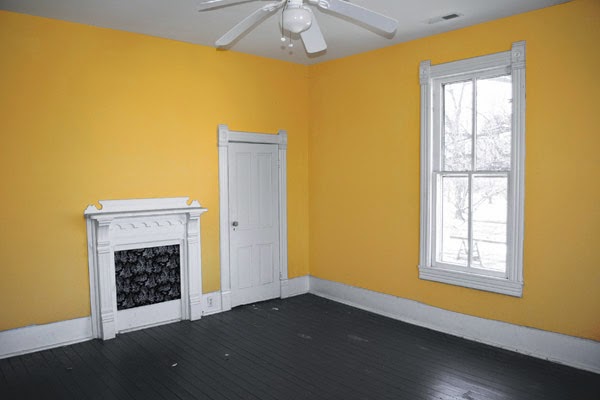 And this next one is just across the border from where I live - so....................I'd go down to the river that it sits beside - on the pretense of spending a day fishing - and build a raft - this could simply float across the border - just call me the Canadian version of Huckleberry Finn !  Can't you just see it with a wrap around porch?
I'd take this one for the barn alone !  I'd have to camouflage it somehow first - the red would be too conspicuous floating away....

Price: $24,900
Location: Newport, N.Y.
Contact: Kay Delano, 315-826-7070
The history: After purchasing this circa 1850 farmhouse in 2005, John Slifka made an interesting discovery in the attic: a box of journals belonging to a former occupant named Emily Higgins. A terse entry from the winter of 1887 went like this: "Pleasant, plenty of snow for good sleighing. I have been making a variety (of) cakes today." Not the most riveting stuff—just an account of the simple things that brought joy to a girl in small-town central New York long before PlayStations and iPads. Around 1900, the house was sold to Frank Fitch, who ran Newport's limestone gristmill. And in 1948, it became home to the Sherman family, who remained there for 57 years. 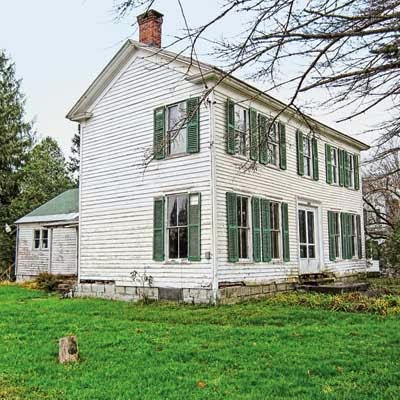 Why save it? The three-bedroom house sits on a hill overlooking the trout-filled West Canada Creek, which is more of a river than its name suggests. The house has a sturdy limestone foundation and retains wainscoting in the upstairs bedrooms, rustic yellow-pine plank flooring, and huge two-over-two windows, which flood the interior with light.
Shown: Also included with the house is this charming red clapboard barn. 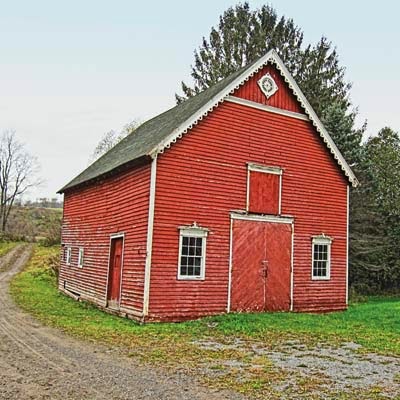 What it needs: Exterior restoration, starting with a new front sill to replace the rotted one. The house also requires all new systems as well as updates to its kitchen and only bathroom. The asphalt-shingle roof is in good shape, and the house's water comes from a nearby spring. Once your work is done, you can start chronicling the charms of your own small-town winters, and even bake  a cake or two.
Shown: The barn windows are crowned with classically styled entablatures. 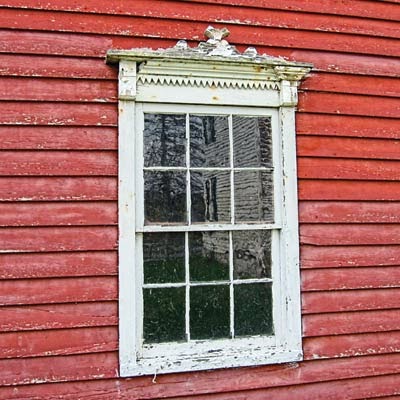 The stylish barn details abound above the windows, too. 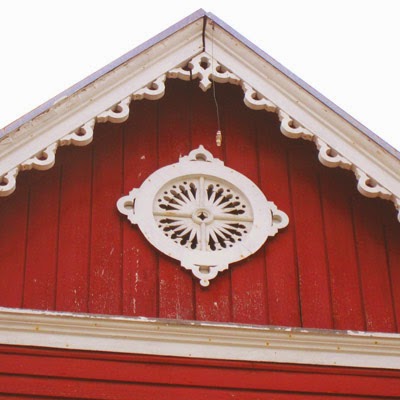 New systems and a kitchen update are necessary for this farmhouse. 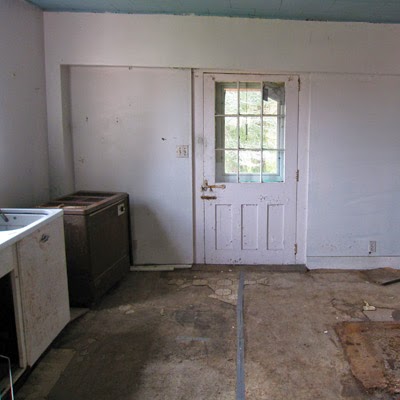 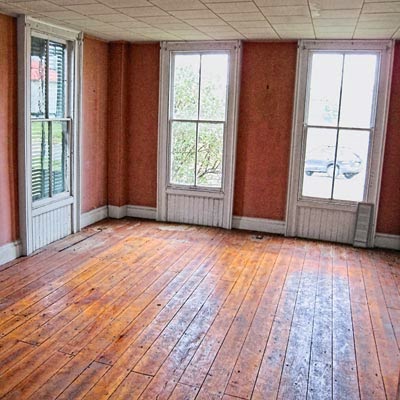 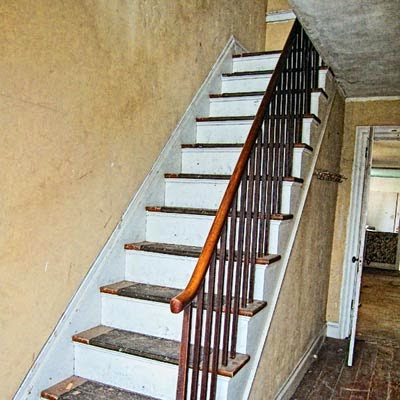 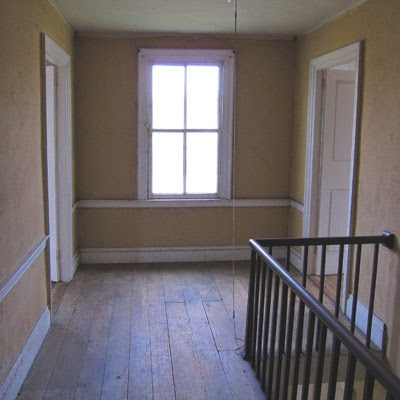 You all have a wonderful day -

I'm asking John to build a raft or 2 and I'm going to be scouring Craigs list for a super duper trailer hitch.
I've got some houses to get across the border !!!!!!!!!

Have a good one all
Hugs