My outdoor Ladder and ladder inspiration !

My computer went " down " on Monday night - my brand new computer - and I just wanted to toss it out the window really -
What an oxymoron to love blogging but hate computers .................
Anyway - I didn't have the time it takes to look for a house for IWLTW - so thought I'd show you my newest find instead !!!

Suzan says - John - OMG John, come, you won't believe what I've discovered !!!
John ambles over - What?
Suzan says - THERE !!!  Tugging at his arm - jumping up and down excitedly - help me pull it out!
John says - WTH?  That old thing?
Suzan says - YES - that old beautiful thing - PLEASE !!!
John says - Actually we should keep that upstairs somewhere
Suzan says - I thought you didn't like ladders in the house?
John says - NOT AS A DECORATION - FOR SAFETY PURPOSES - YOU KNOW - IN CASE THERE'S A FIRE OR SOMETHING?
Suzan says -  I'll take my chances...............I want it in the garden 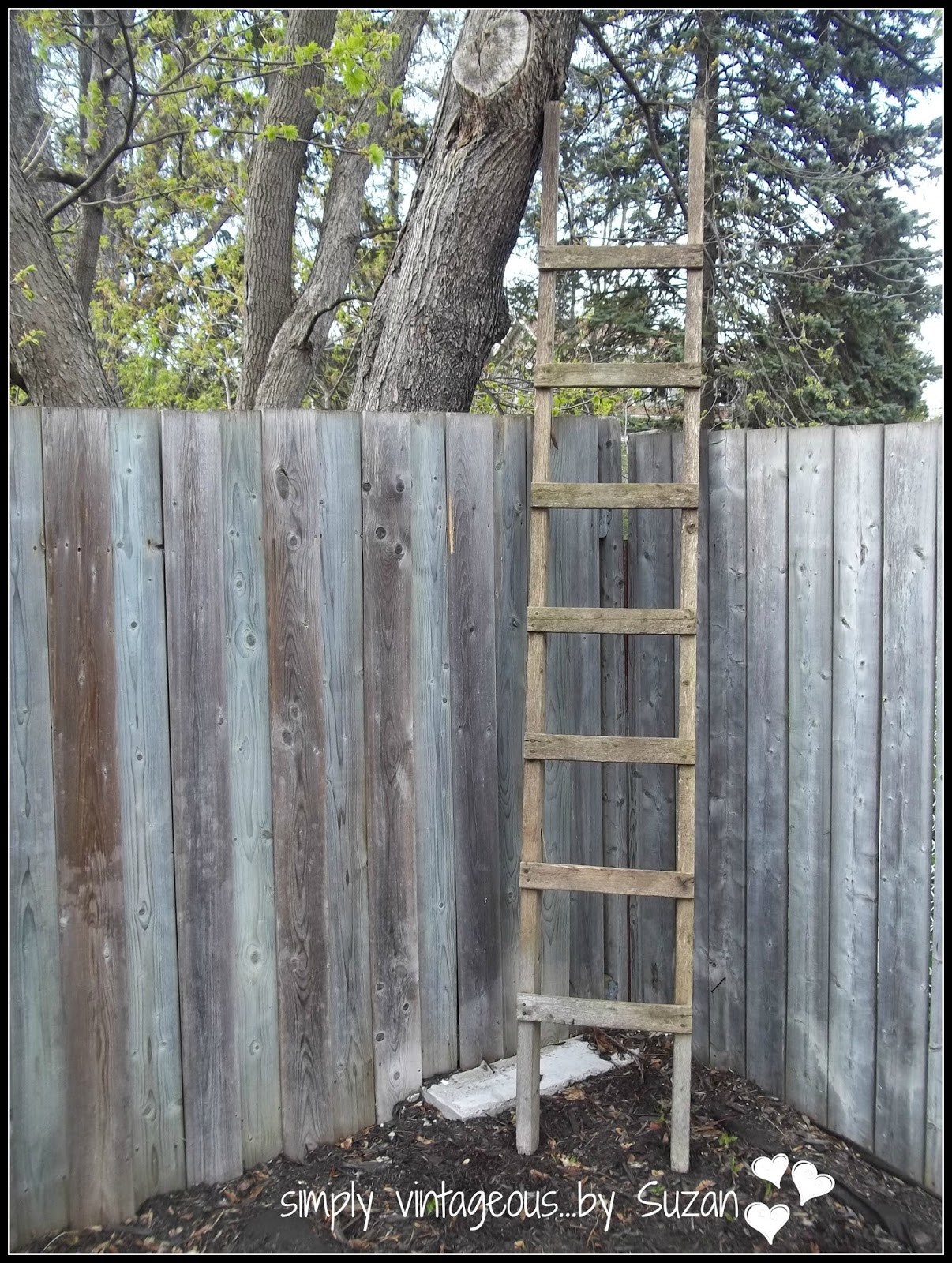 How over the top fabulous is a find like this?

Oh I have plans for it - such plans - what would you do with it?

Any of these ideas strike your fancy?

LIGHTING ?
I love every single one of them -

John says - I suppose you're going to dangle as many things from it as possible?
Suzan says - Probably
John says - What if I actually need the thing to get up somewhere?
Suzan says - You can't have it John - this one's mine - I discovered it !!!
Suzan says - You'll have to borrow the neighbor's
John says - Yeah - I'll just tell them my wife has decorations hanging off ours -
and he says it in a squeaky little voice - trying to mimic me - which If I were on a ladder I'd fall off laughing.
( AND truly - I would not let him climb on this one - it's far too rickety for it's original use )

John starts to get up to investigate
Suzan says - Don't bother going over - it's just a ladder
John says - HOW MANY BLOODY LADDERS DO WE NEED PROPPED UP IN THE YARD??? 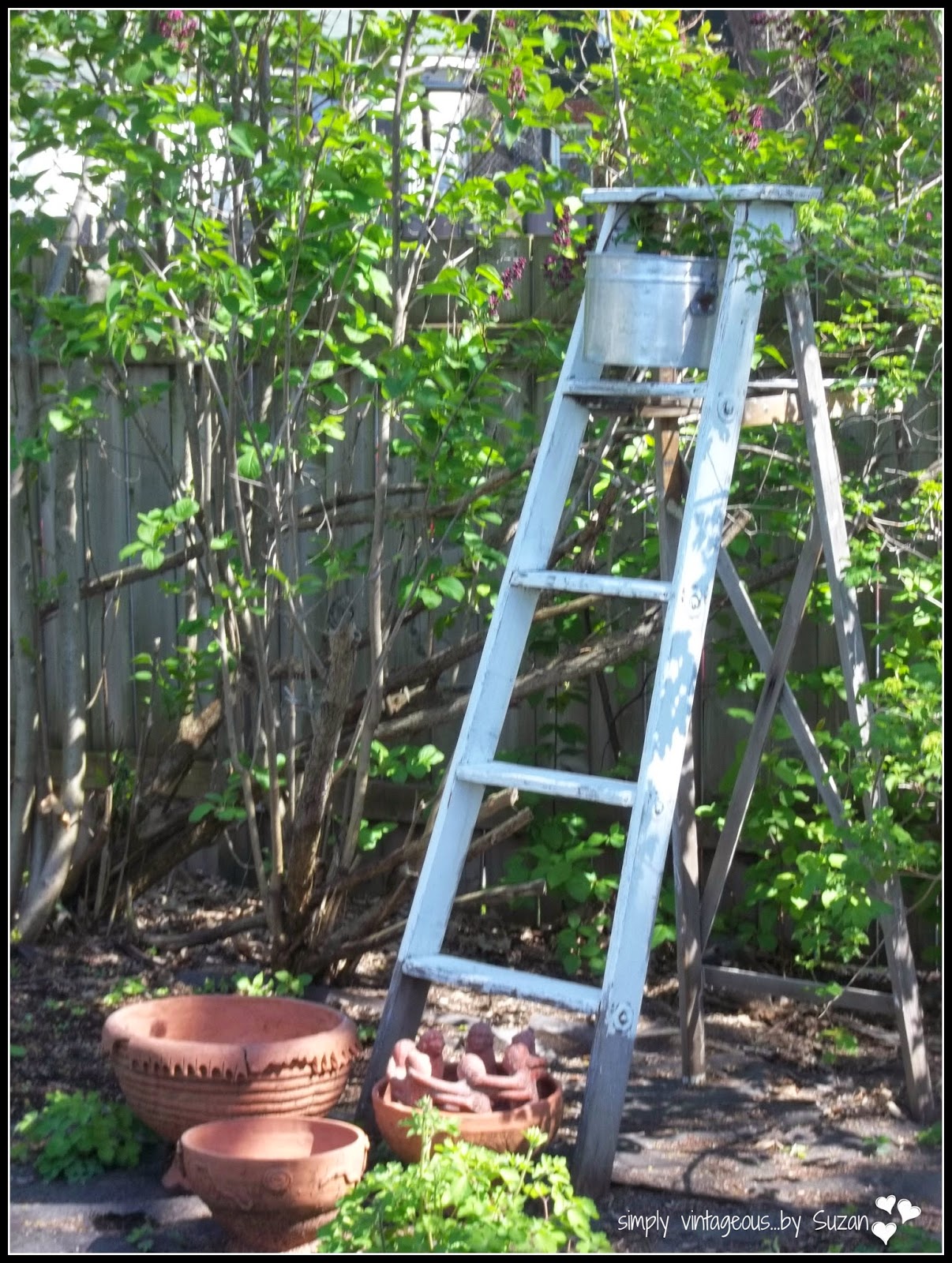 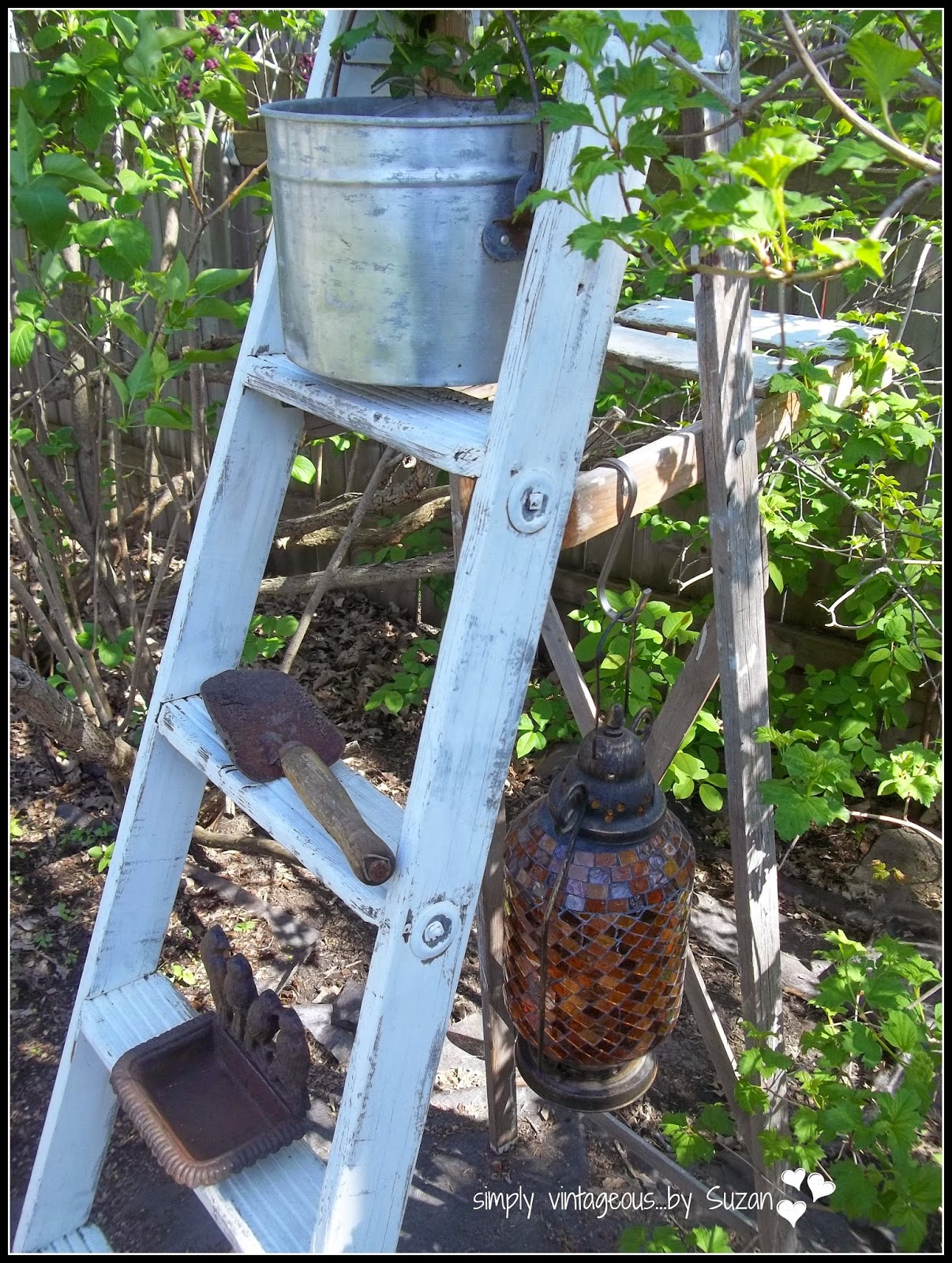