John says - What's with the lady standing in our garden?

Suzan says- I have no idea what you're talking about

John says - What's that lady doing out there?

Suzan says - What lady?  Who's there?

John says - There's a lady in the middle of the garden

Suzan says - Are you serious?  Is she a crack pot?

John says - I don't know but I don't like it

Suzan says - Can you go ask her to leave please?  OMG - we have a nutcase living in our neighborhood?
How will I go swimming in the summer?

John says - Come with me

Suzan says - Does she look normal? 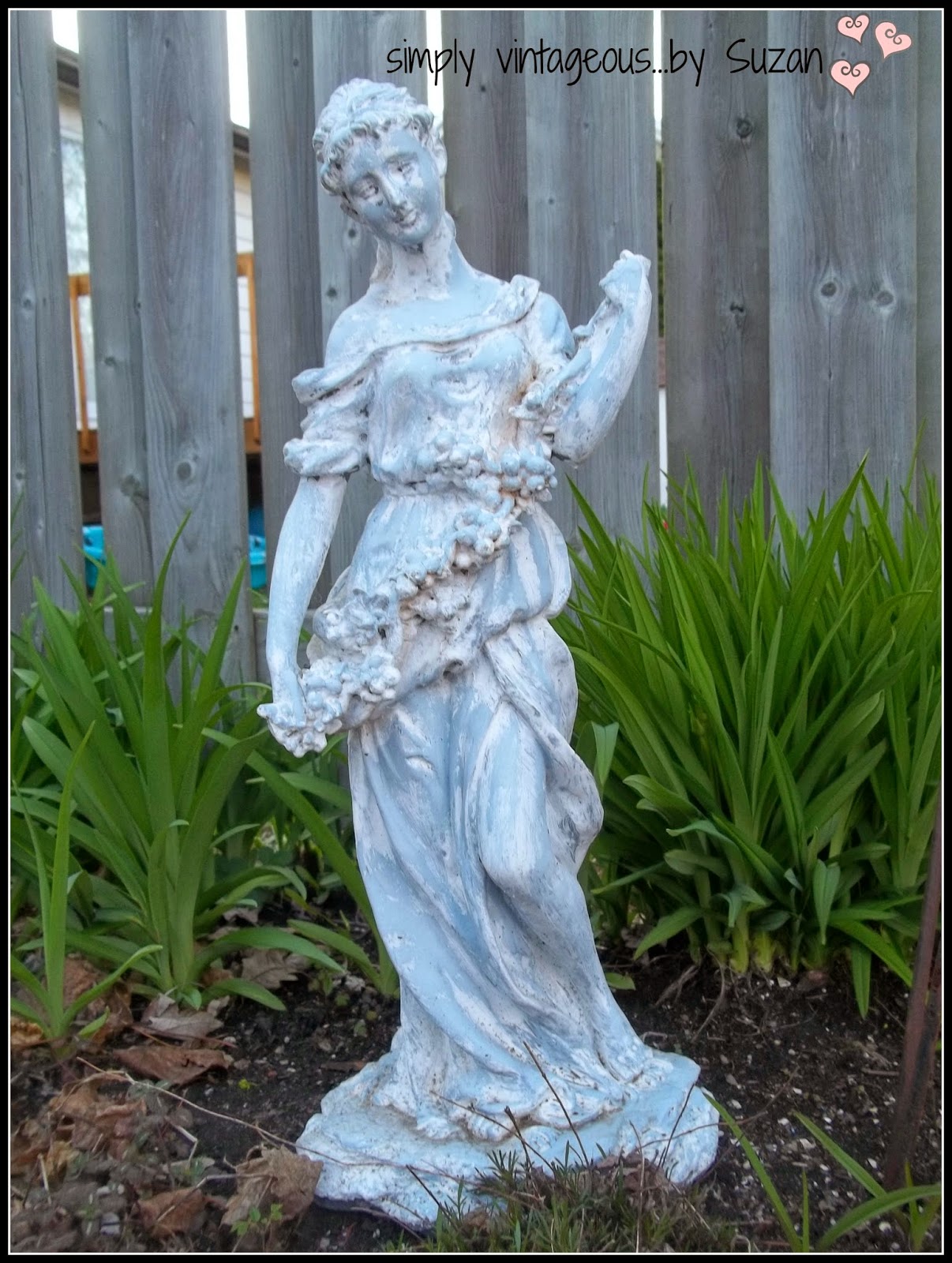 How I didn't make the connection I have no idea - but I really thought there was a lunatic standing in our garden...................( and not the statue I placed there myself last month lol )

In the meantime Our Lady of the Garden can keep an eye on everything for me :)

I'm hoping she can magically turn this swamp 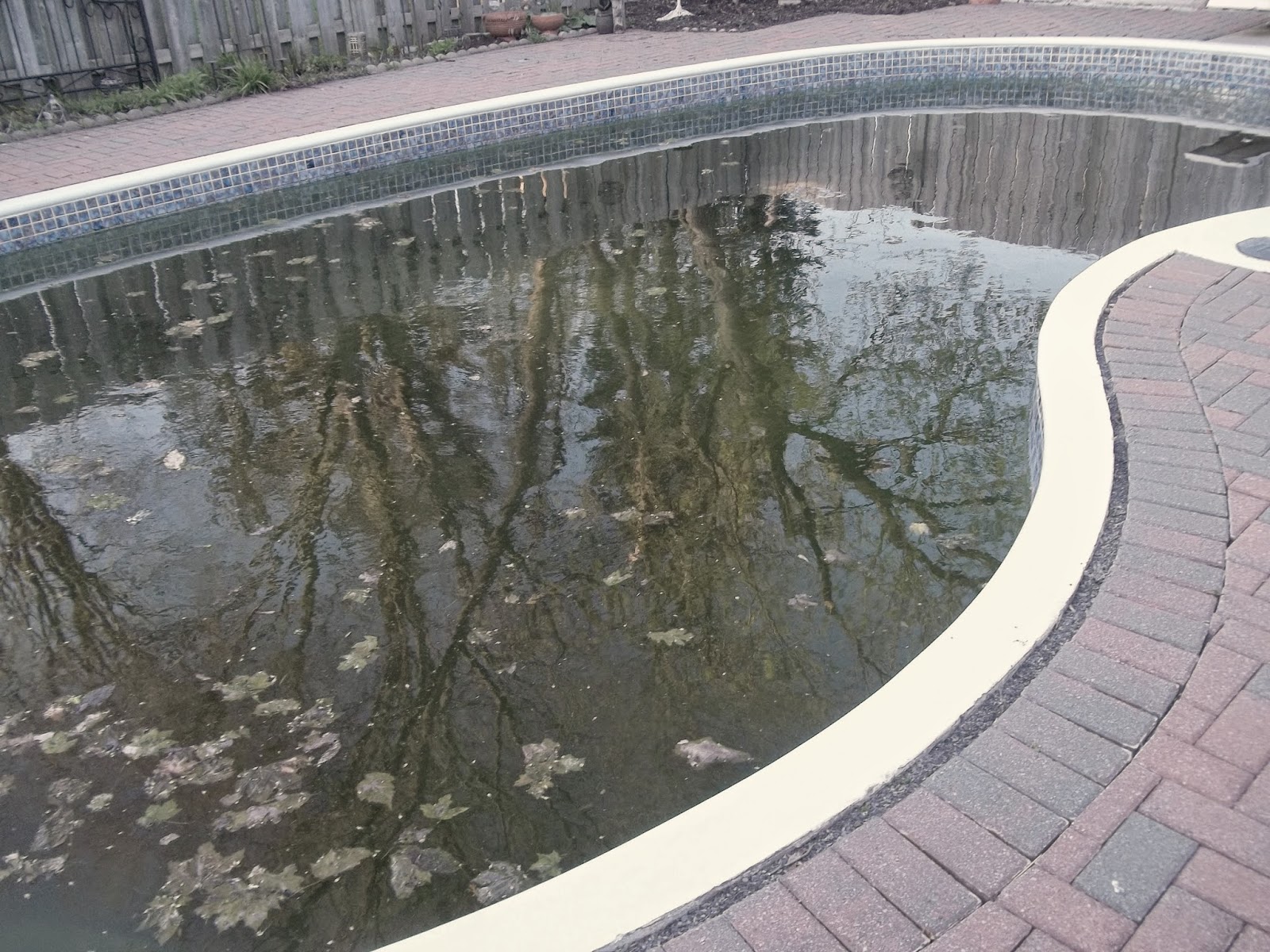 Back to it's original state - Oh I think I see day lilies in this photo - that's one mystery solved !!!

I've never had a pool this large ( this even has a deep end !!! )  I've only had above ground pools and they were easy to shock and prepare for summer - I think this one's going to take a pool company - John insists we don't need professionals - we'll see

I've gained a lot of weight over the winter - strict dieting is in my future unless I can find something like these spiffy bathing dresses to wear....................

Have a wonderful first day of the week everyone !!!
Hugs