and John is still snoring 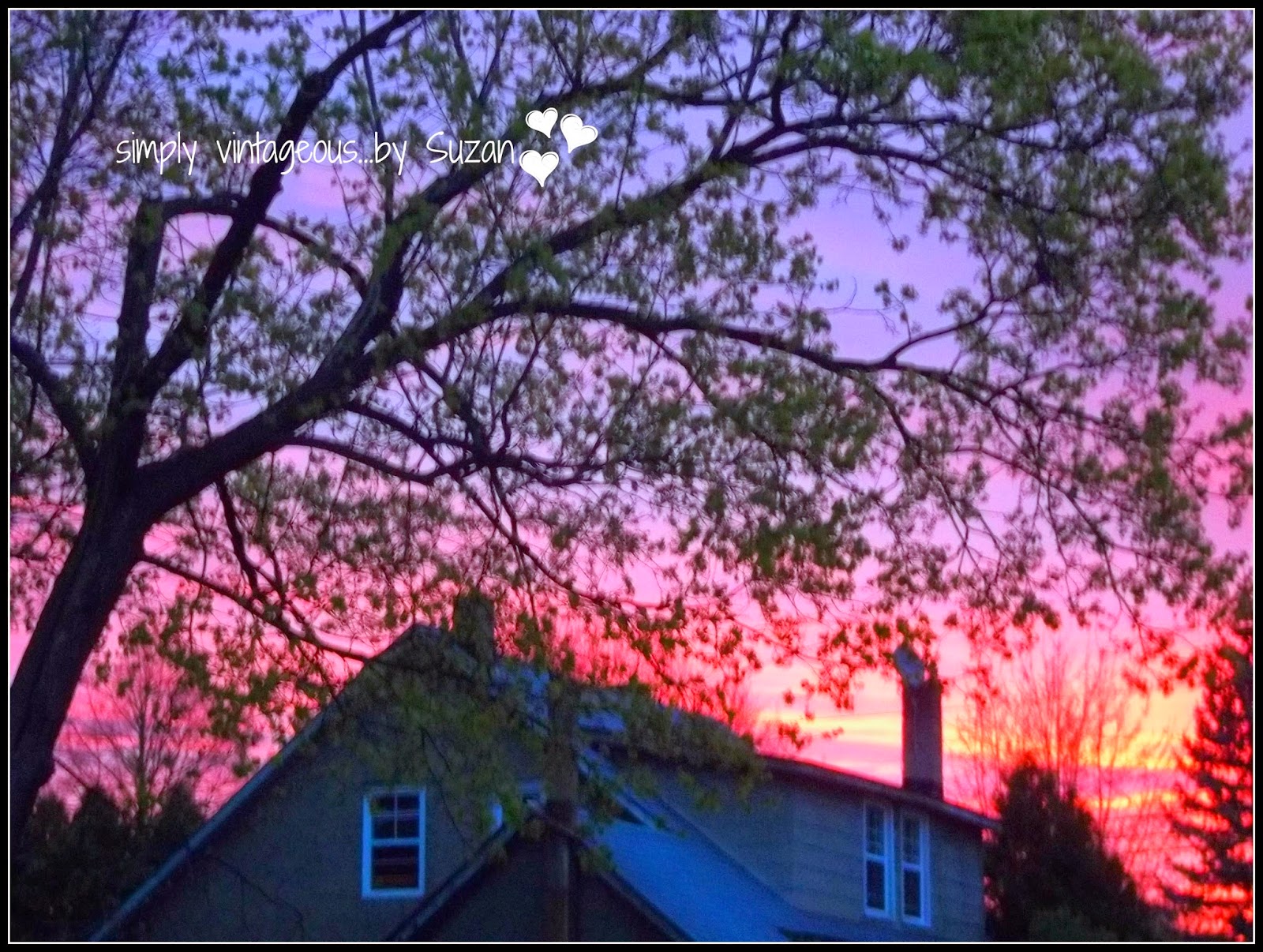 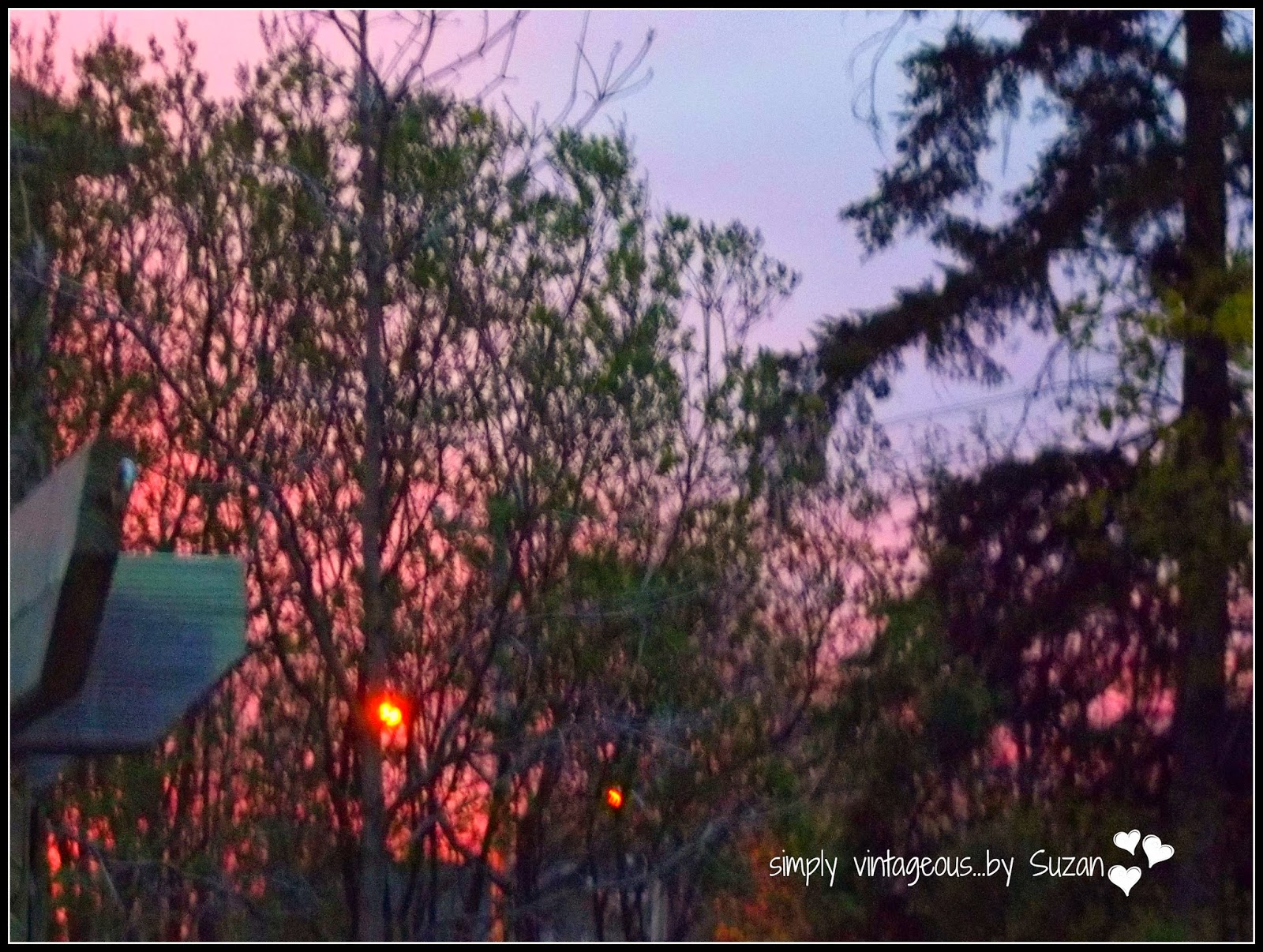 John says - I'll take your word for it......................
John says - And the next time I see you snoring away with your gob wide open I'm going to run around the house moving furniture and running in and out with the back door slamming - and
Suzan interrupts - You really should start a blog you know.

I do not snore -
I do not have a gob - I have a mouth - and it remains closed when I sleep
I'm pretty sure about that.

The lilacs are starting to bloom 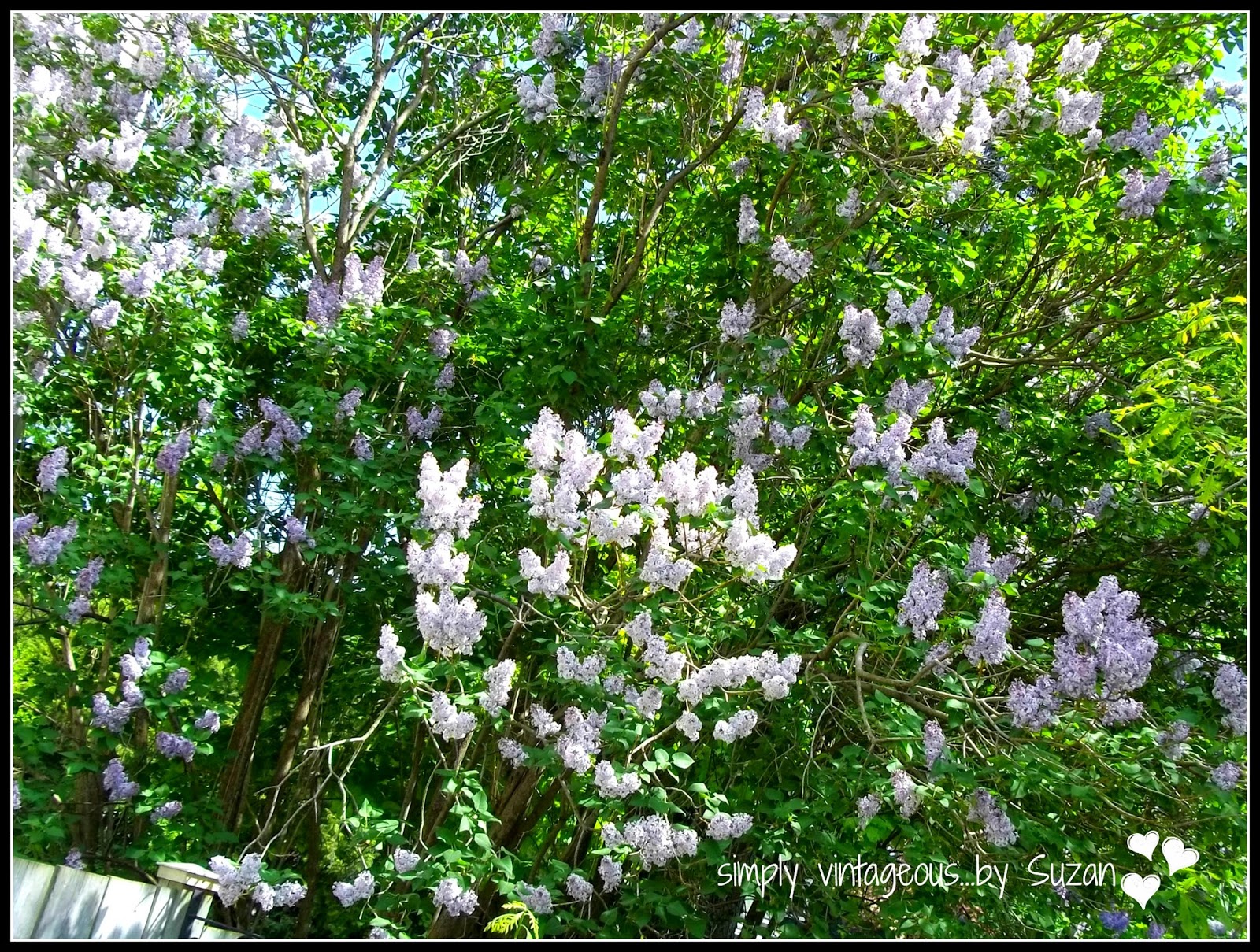 love the color of this one ! 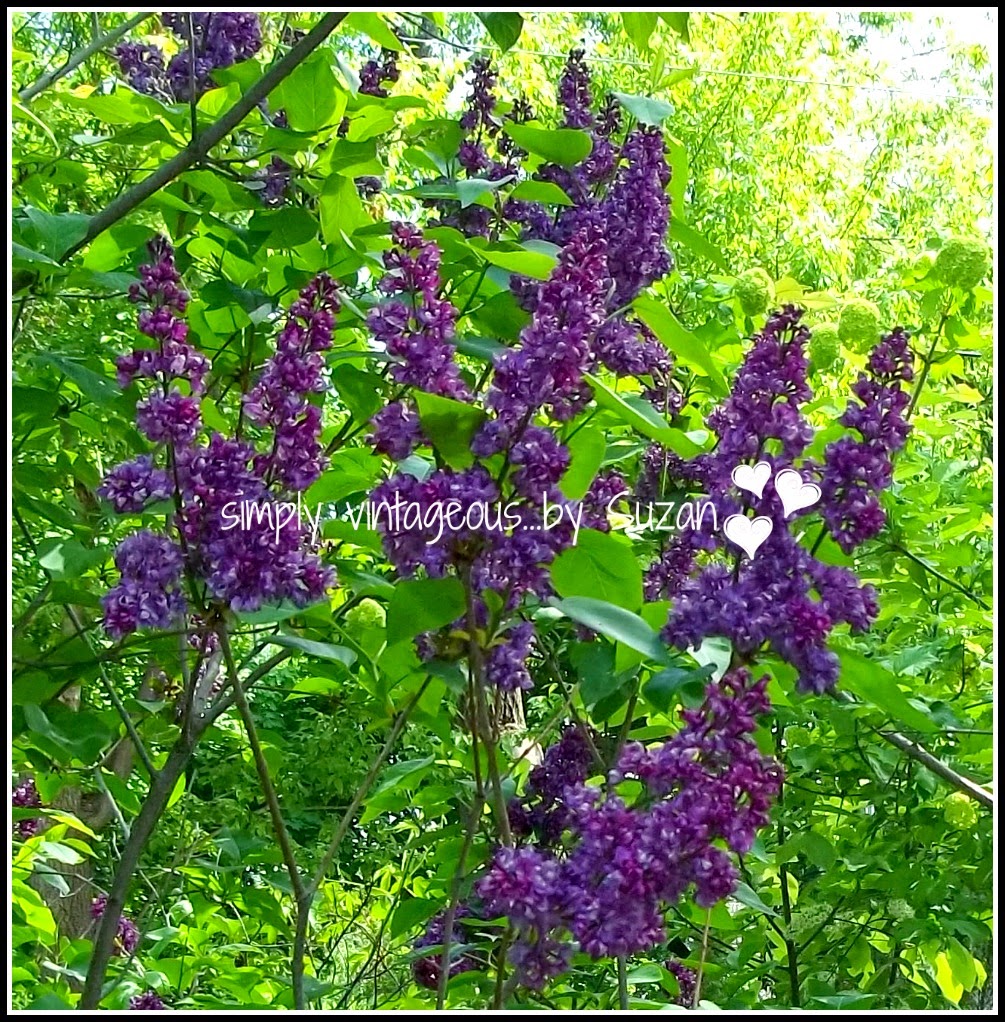 especially as it tucks into the old ladder 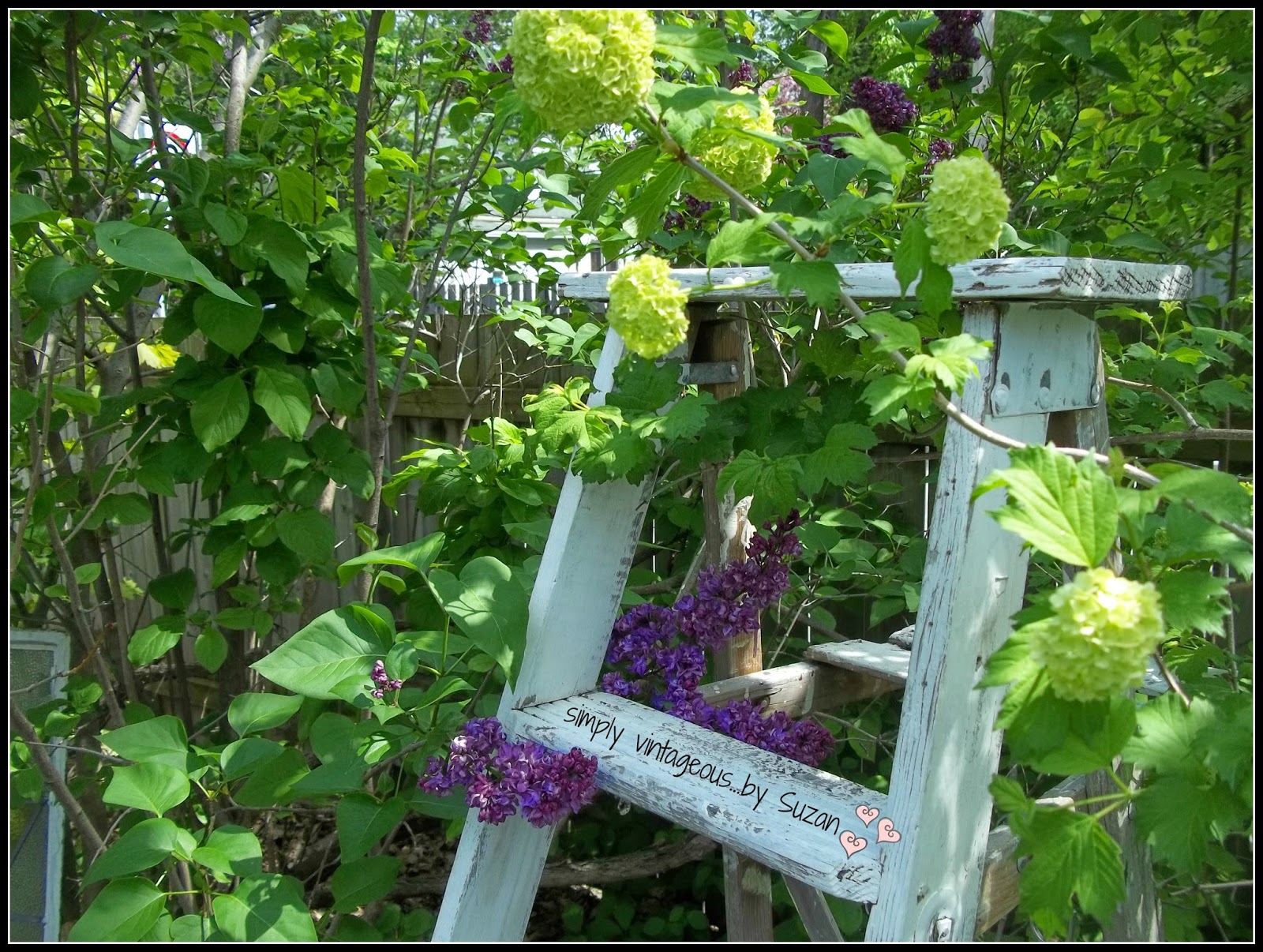 Does anyone know what type of tree this is?  They look like miniature pom poms ! 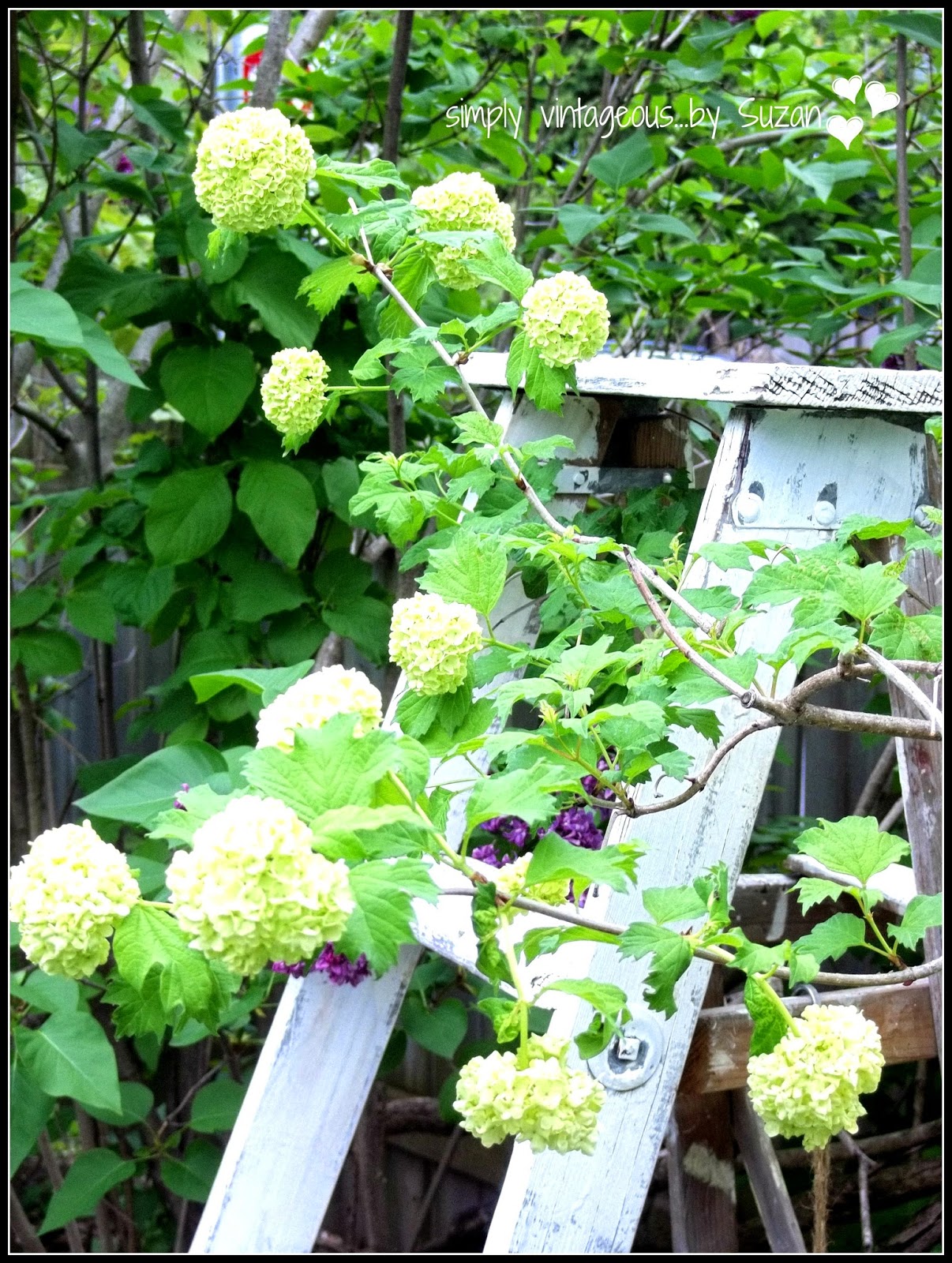 I received a package in the mail last week from Kris at Junk Chic Cottage - I'm sure you all know who I'm talking about - the Queen of Shabby?  If you don't know her - please do yourself a favor and drop in for a visit - be prepared to be there awhile because her blog is as bad as pinterest ( you all know I mean that as the ultimate compliment, right? ) Shabby chic perfection !!! 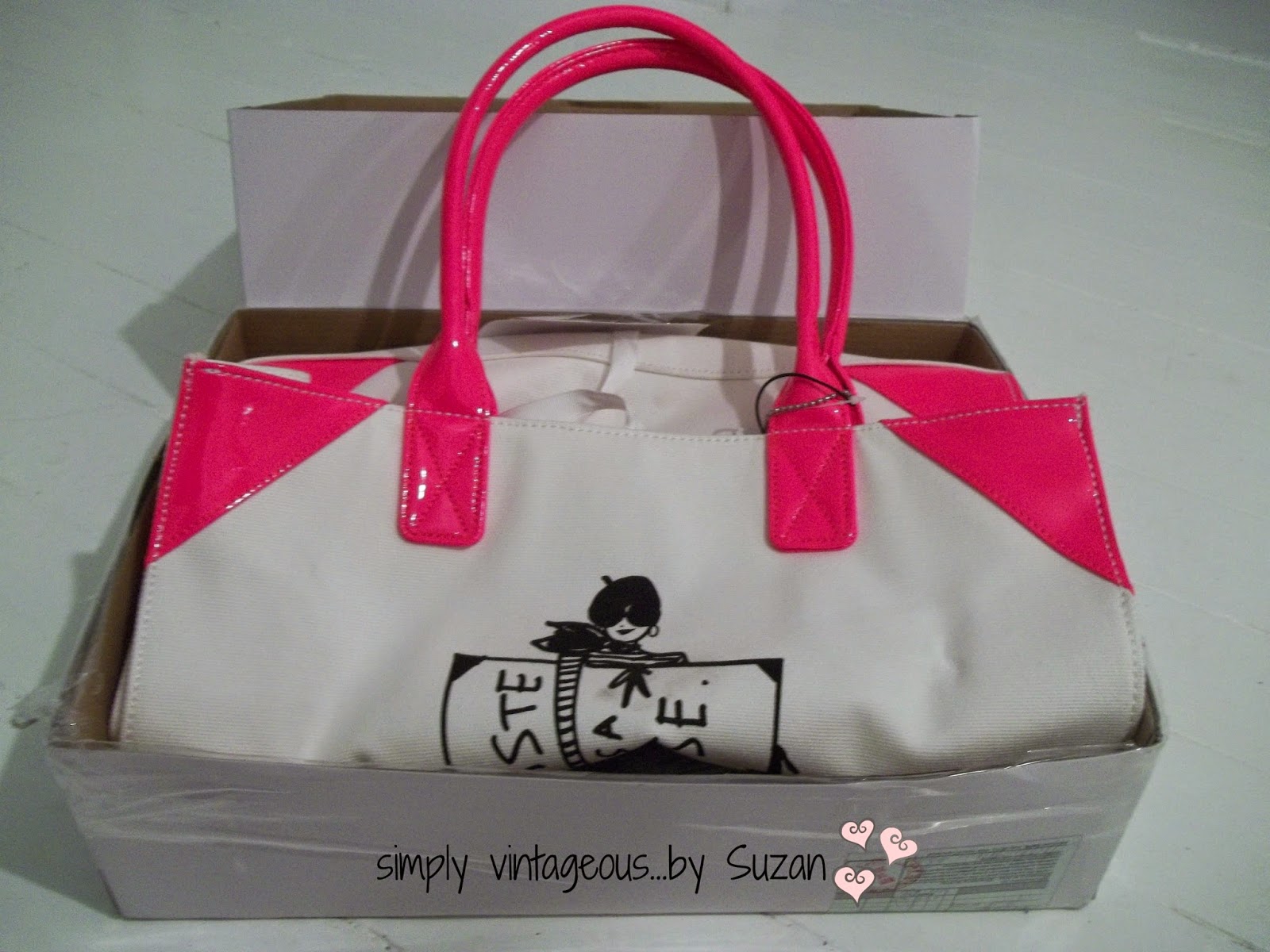 This is the prettiest whimsical tote - and it's MINE !!!
Kris said it made her think of Soda & I - Soda's holding my paintbrush for me - how adorable !!! 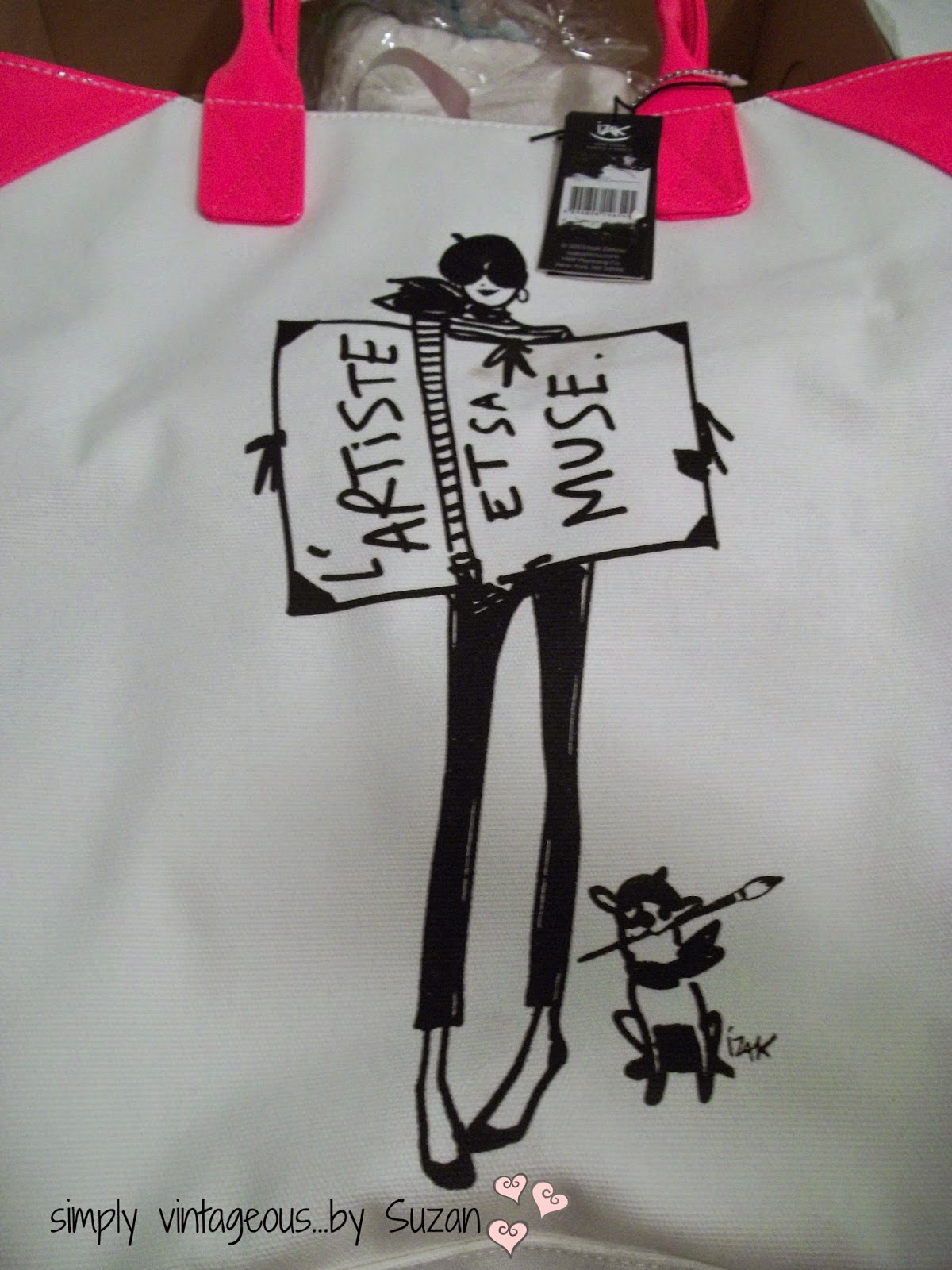 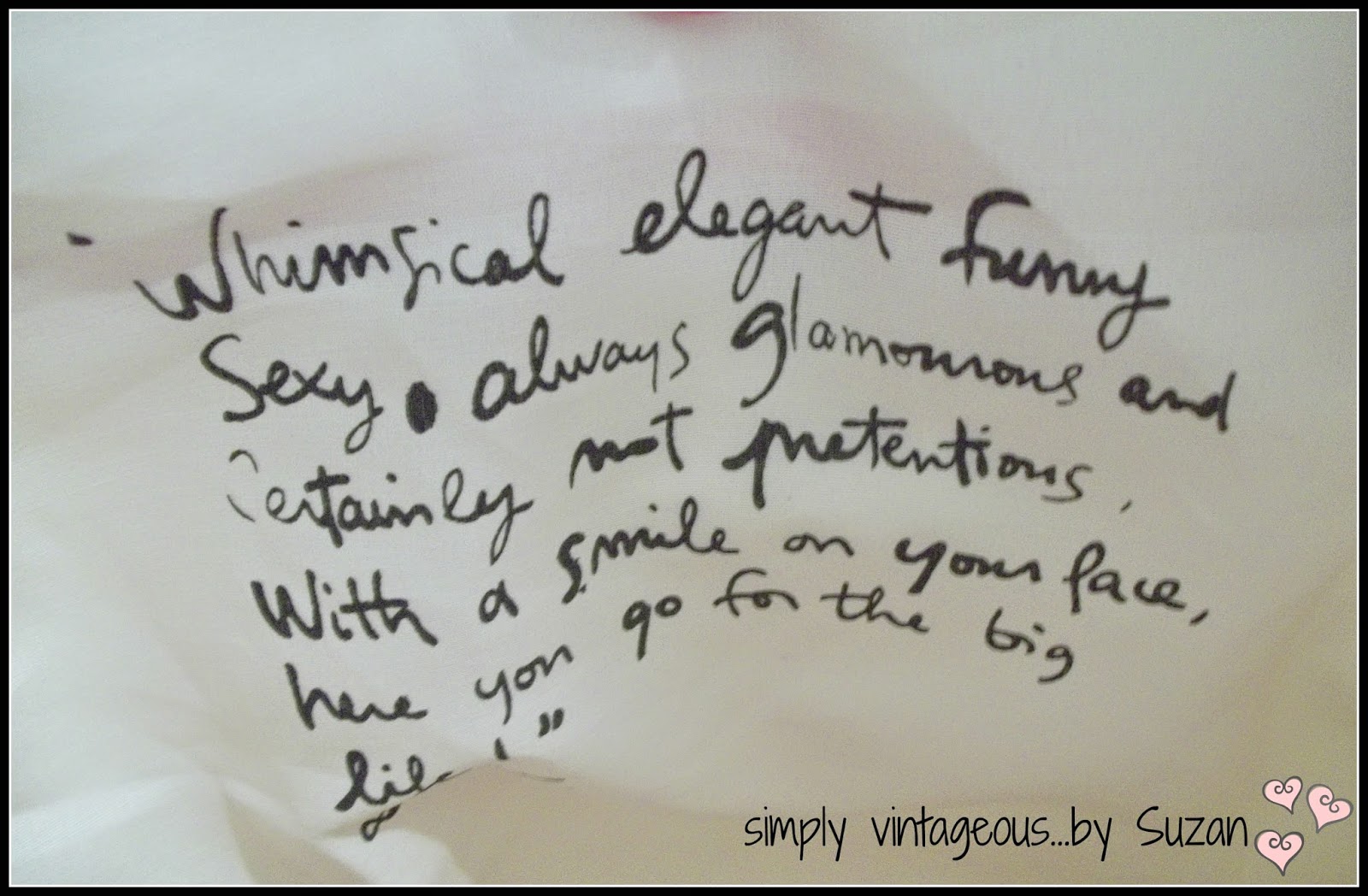 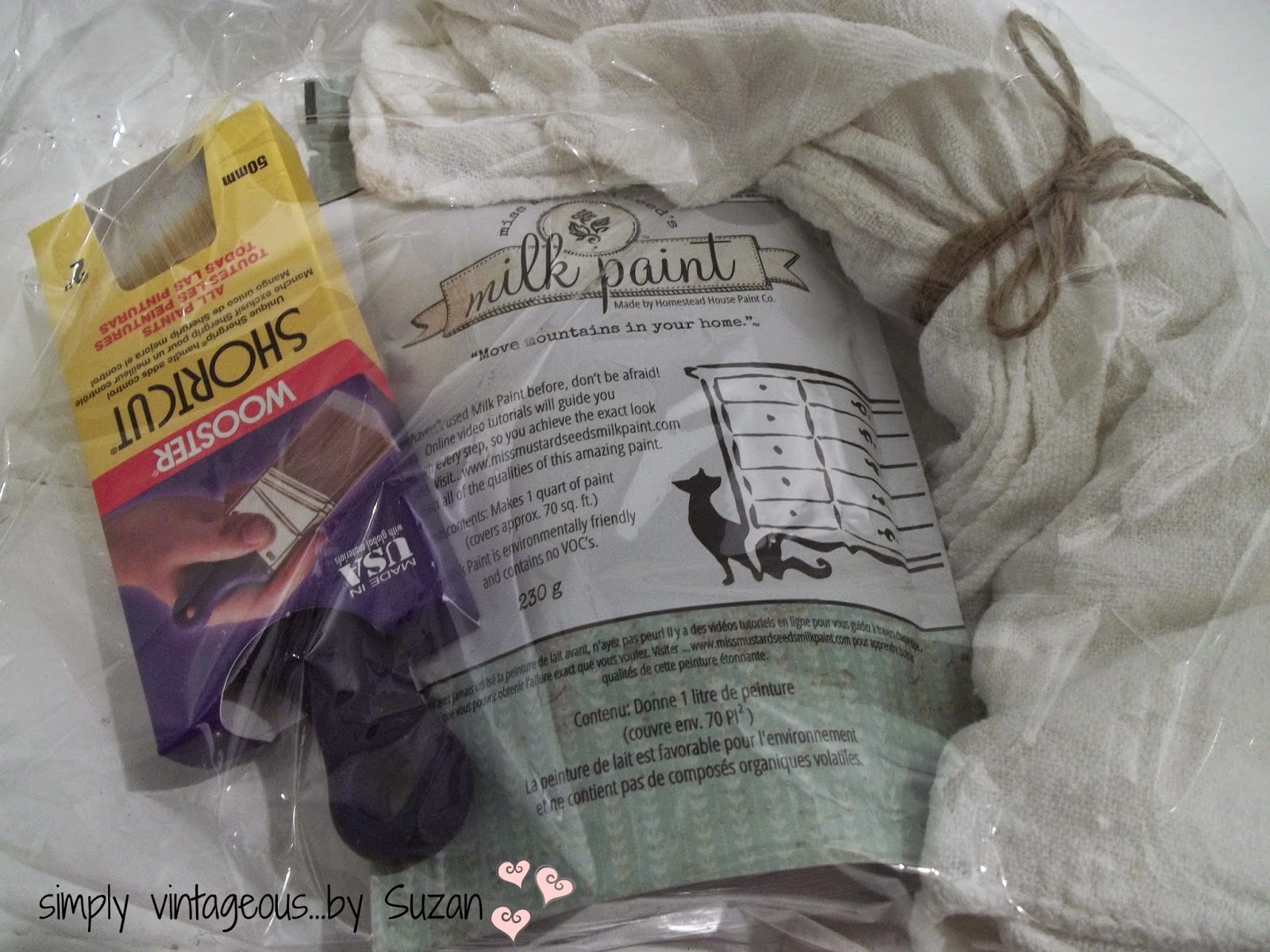 John says - Why do people keep sending you presents?
John says - AND WHY DO YOU CRY EVERY SINGLE TIME THEY DO?
Suzan says - clutching a paintbrush like a microphone - BECAUSE, JOHN " They like me - They really really like me !!! "

Blogging has been a blessing that was bestowed upon me - plain and simple - the friendships made - the laughter shared - the inspiration gained - I can think of no other word than what it is - a blessing.

Some days you could almost burst with happiness - and you think to yourself
What a wonderful world. 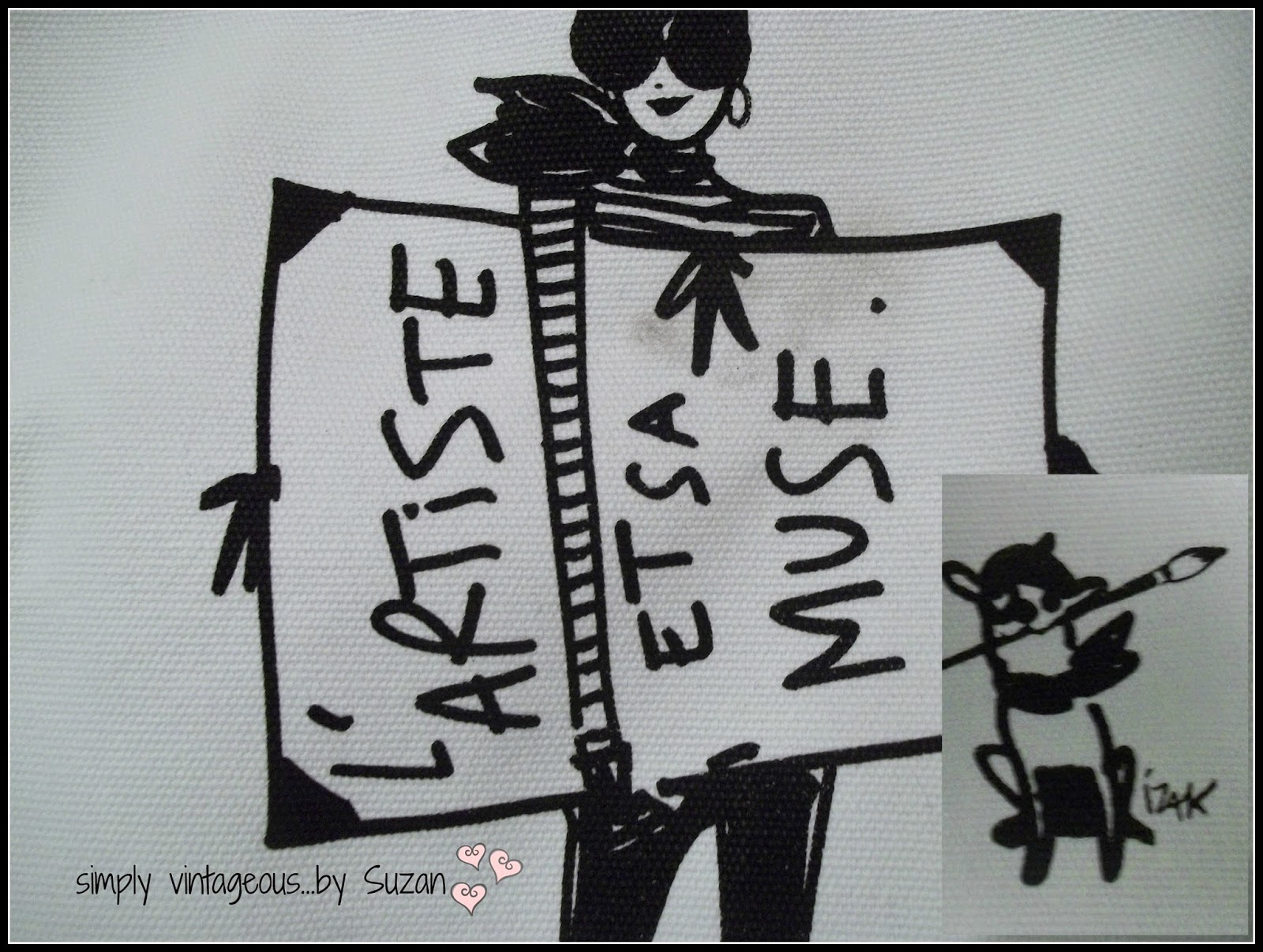