Sorry guys - you're definitely going to be getting more Garden DIY's than furniture makeovers for the next couple of weeks !!!

We planted a bunch of annuals over the last couple of days - one group would get planted - we'd step back to admire it - take a little break - and then completely forget where we put the hand trowel.  EVERY.
SINGLE. TIME.

So right in the middle of it I ran into the mudroom to grab a small plank of wood we had there from something or other we did in the house and promptly placed 3 screws in it. 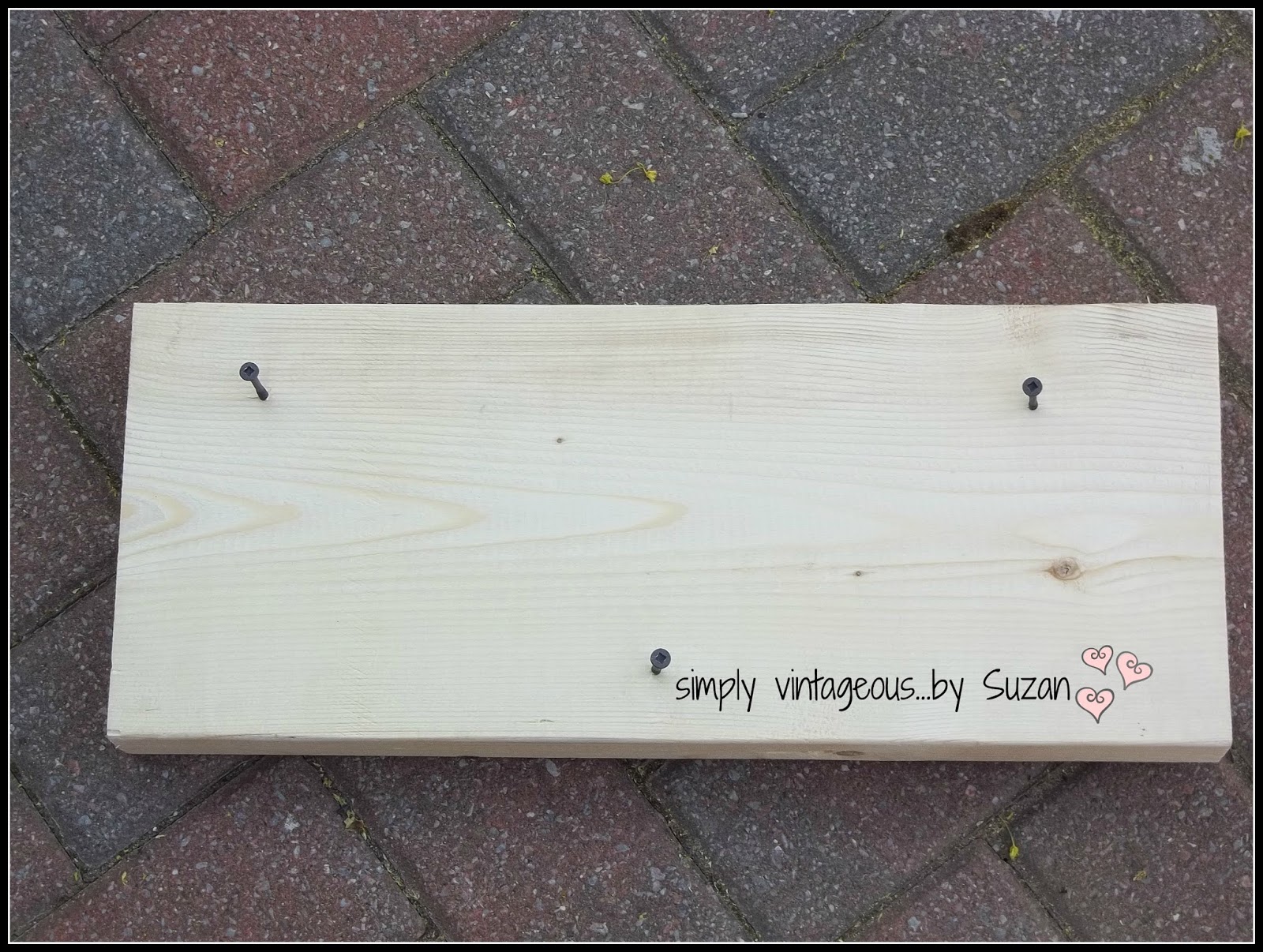 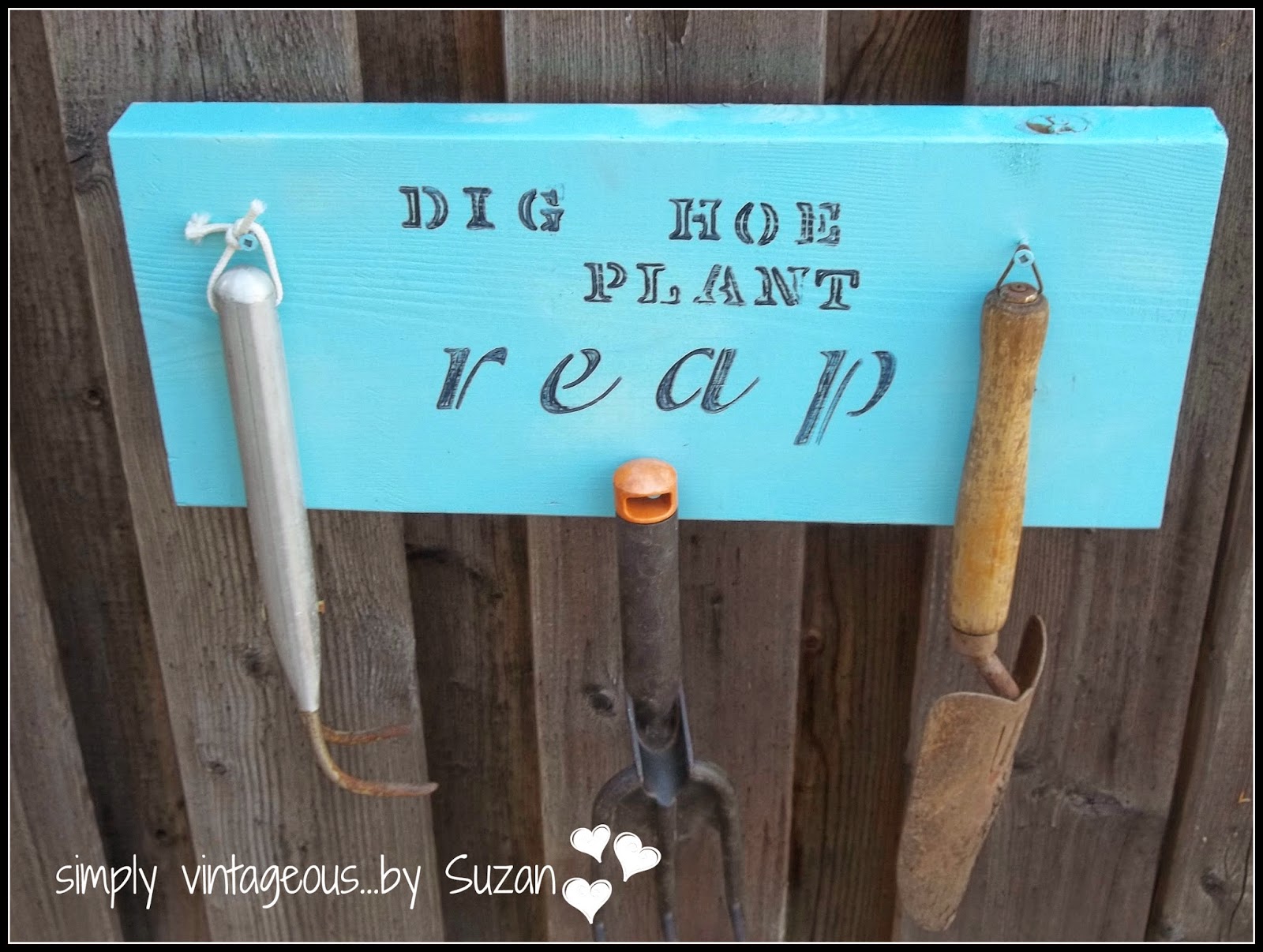 I used long screws and screwed it right into the fence - leaving a good portion of them exposed as hooks. 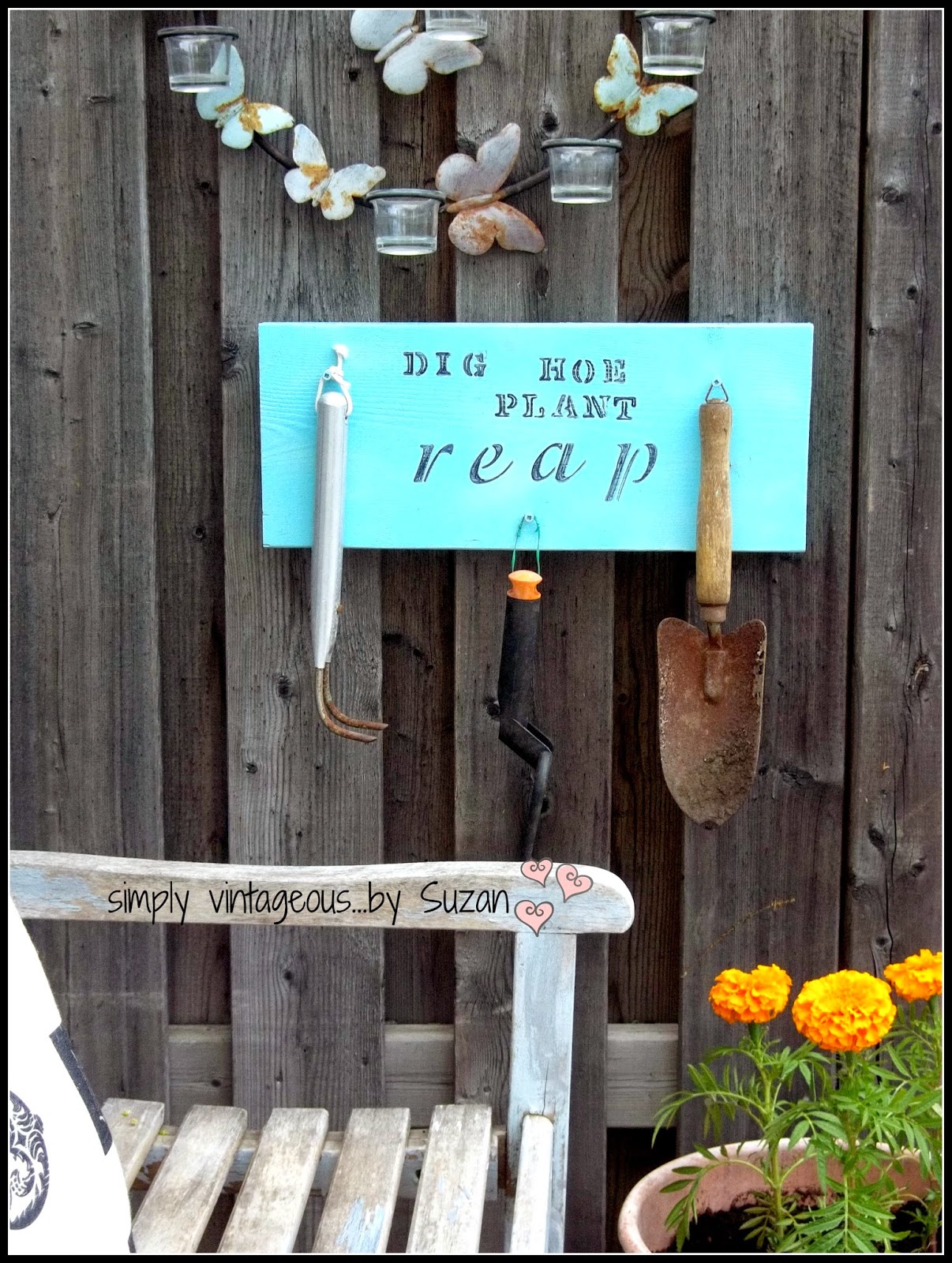 Here's a sneak peak of the outdoor " kitchen " area - I haven't painted the unit yet - but I've started to
decorate :)
My " BASIL " cutting board is perfect for it since I intend to have a few basil plants  ( and other herbs ) around that area.  I decorated the cutting board with a stencil and a sharpie many many moons ago.
( I suppose it's time to admit I have a thing for sharpies - and it's almost as big as my thing for shoes ) 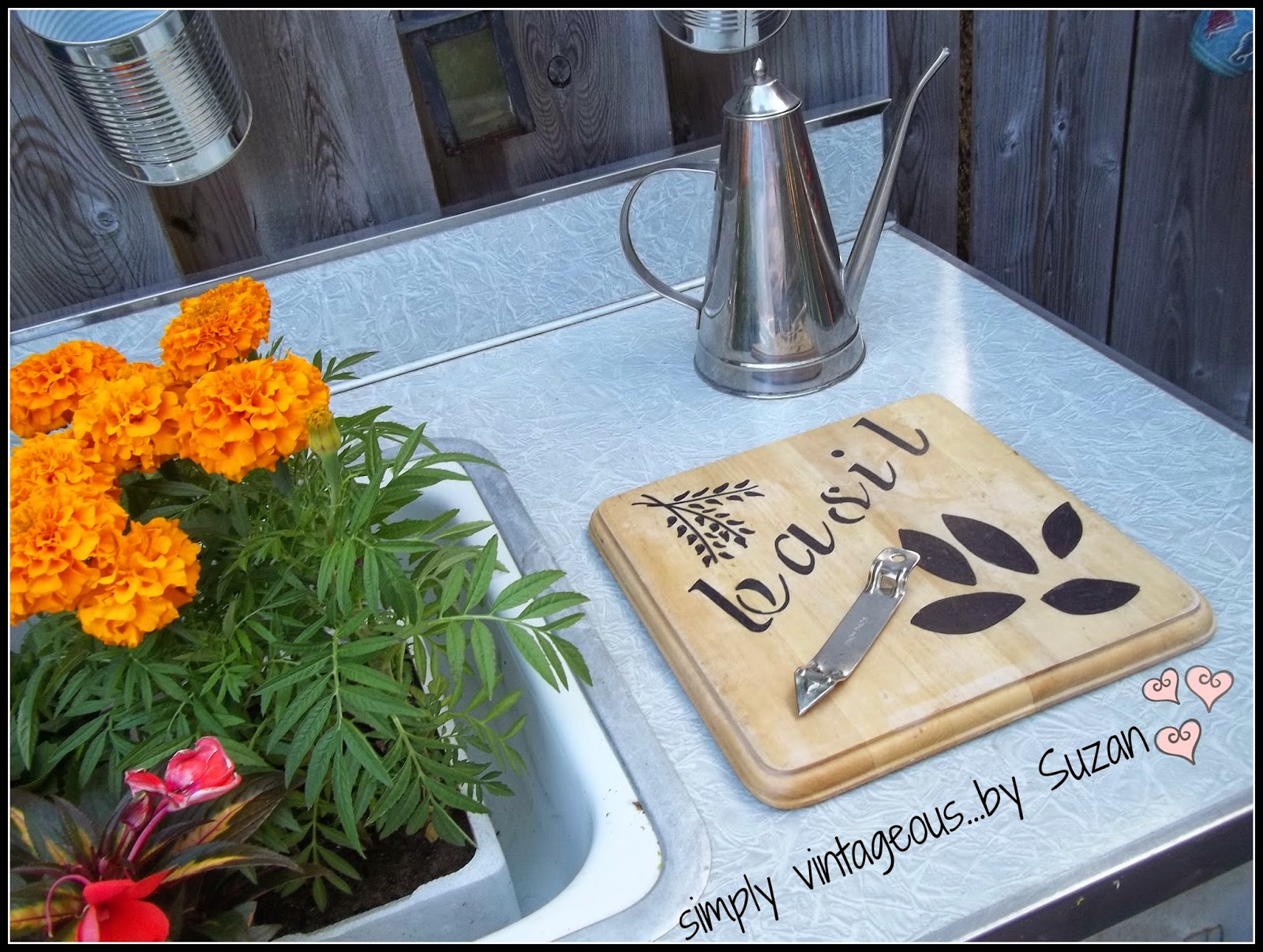 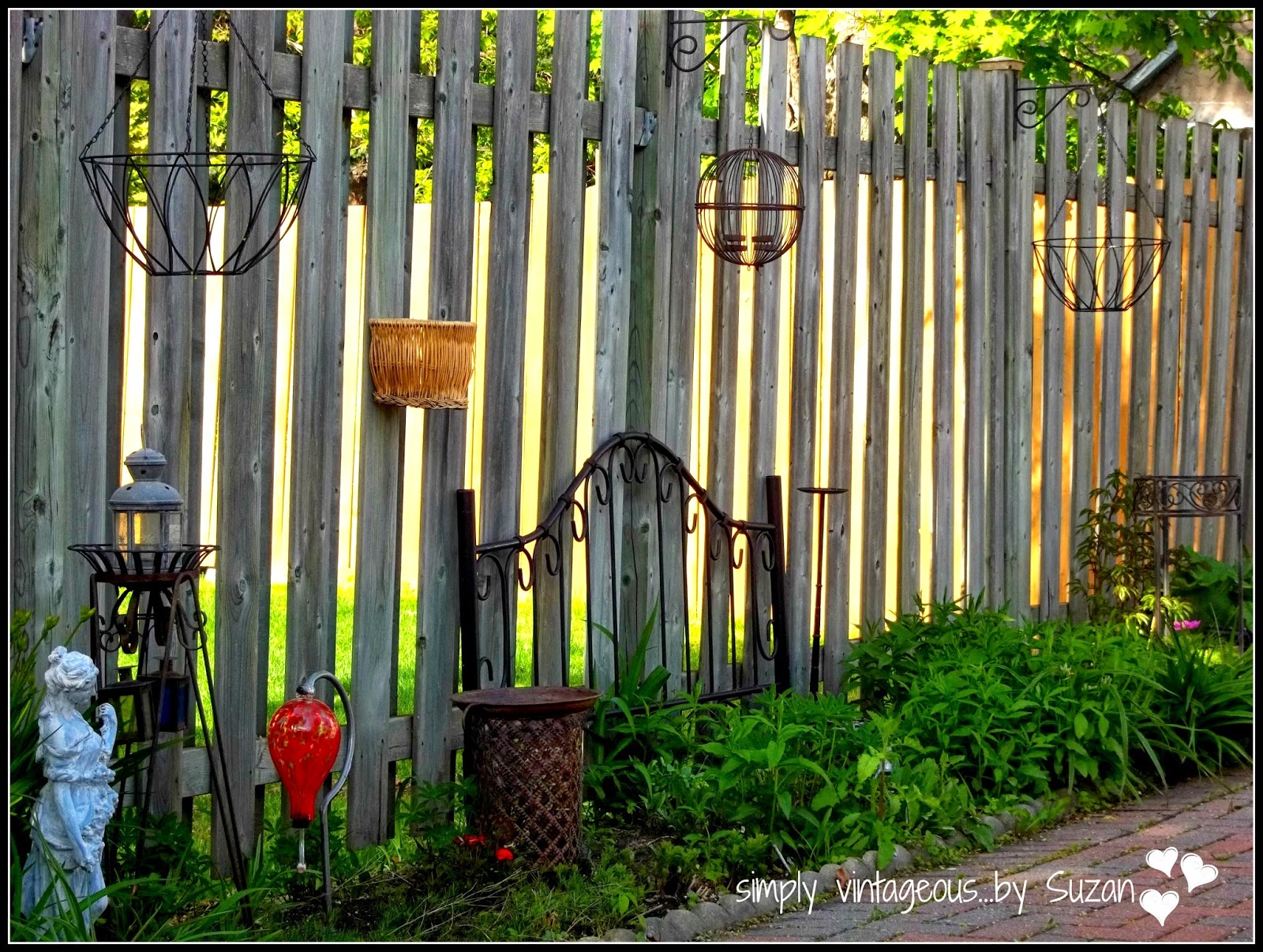 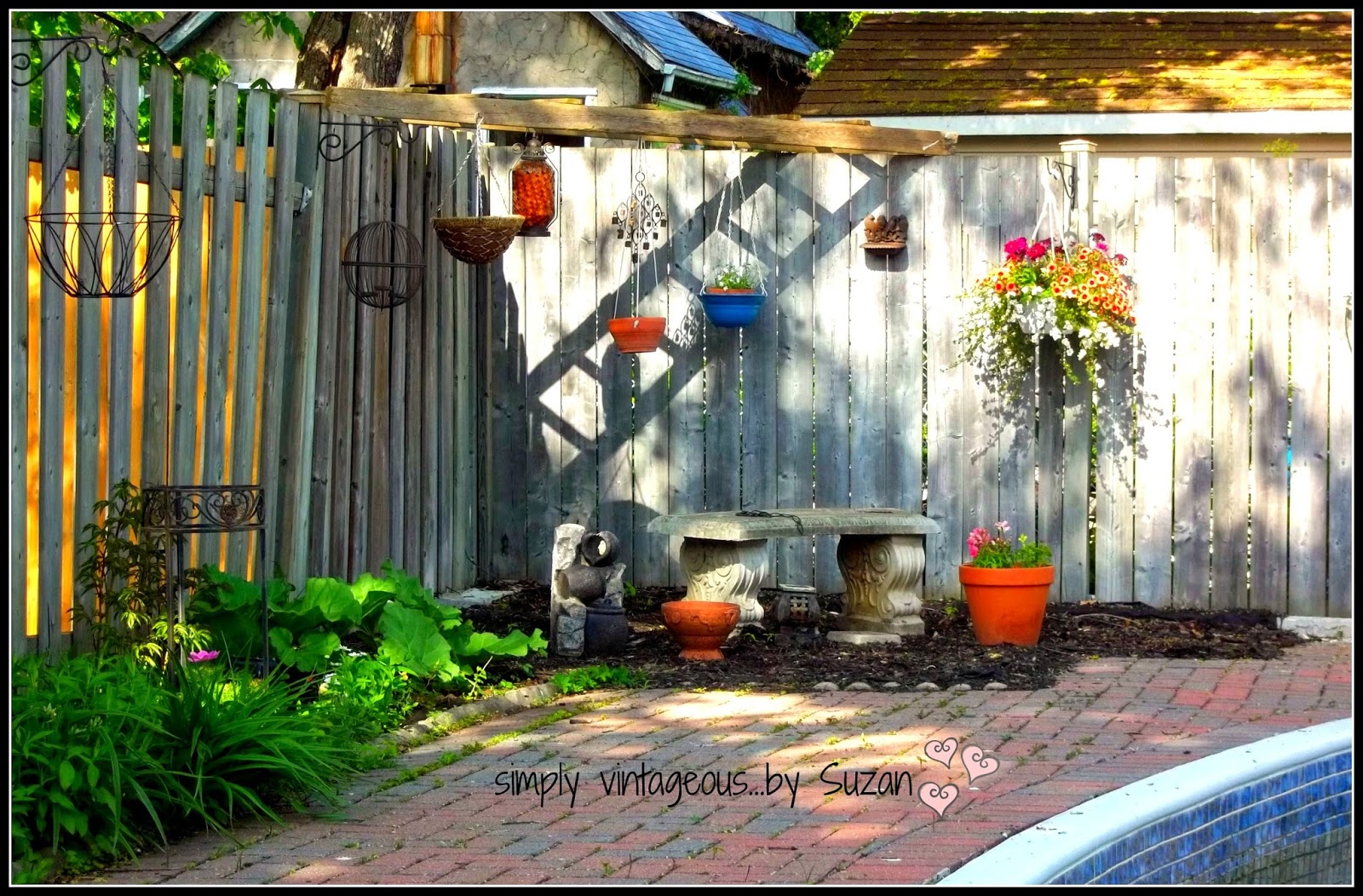 I'm using it as sort of a corner arbor ( key word here is SORT of )  we can't plant flowers in that corner -
It's stone underneath the mulch - so I'll place planters - different flower pots from the rungs...........
as well as fairy lights and candle holders and finish it off with honeysuckle growing along the top - it's far from finished but it's well on it's way !
Isn't the shadow of it on the wall cool?

And just a little side note - 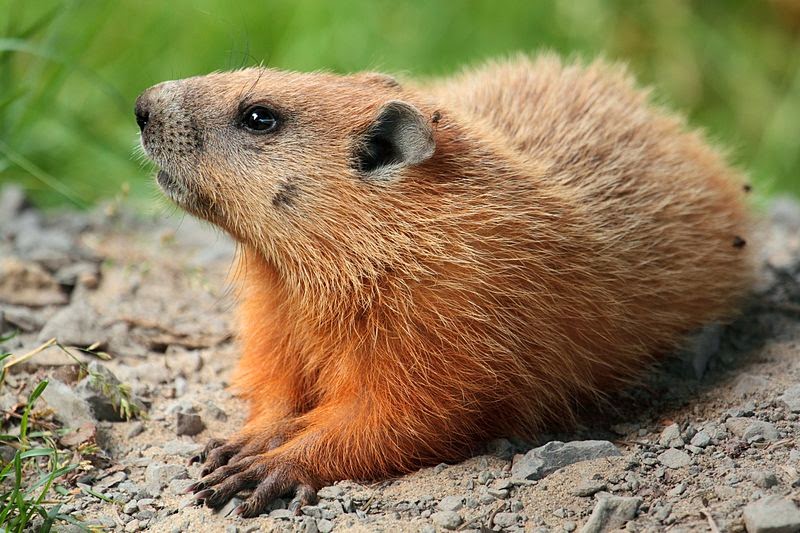 OMG - is that terrifying or what?
PLUS IT'S EATING ALL THE HEADS OFF MY NEWLY PURCHASED FLOWERS
( after digging up all the Iris bulbs first )

John took Soda out for her last walk last night
John says - Do Skunks and Ground Hogs co-habitate?
Suzan says - I don't think so
John says - 2 skunks just made their way into the back yard as I was coming in

At this point I wouldn't be at all surprised to see a mountain lion laying lazily on a branch of one of the trees - tail lazily swinging -  ( I TOLD you 15 minutes from downtown may as well be 15000 miles, didn't I ? )

Someone told me to use mothballs for the ground hogs but there's so much controversy about it being a cancer threat that I'm too scared to do it.................and I don't want the backyard to smell like my Grandmother's closet! 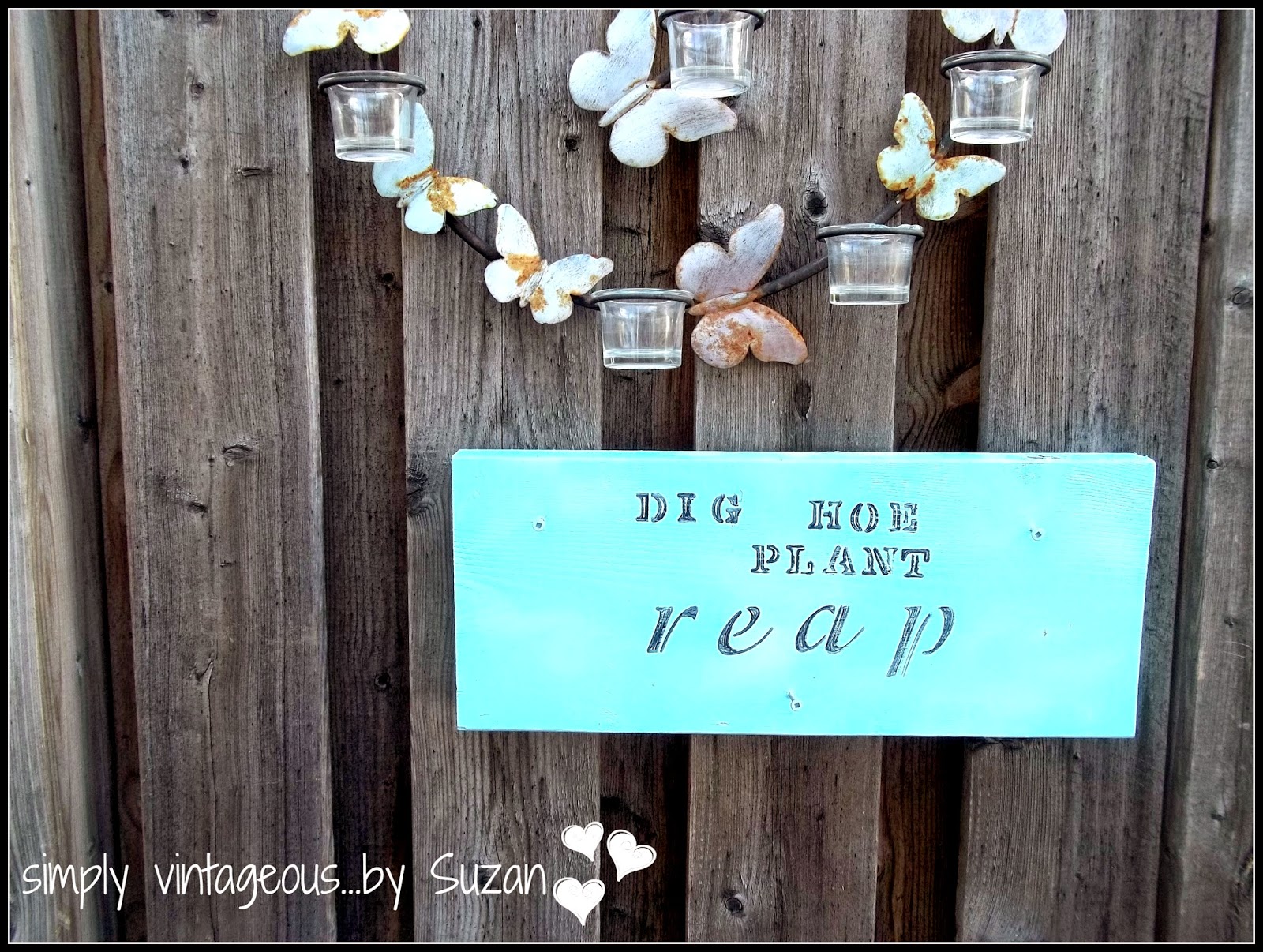 Have a great day everyone ♥
Hugs,
The wildlife whisperer