Sometimes you just gotta grab them - pluck them right out of the sky and just be grateful that you happened to be looking up at just the moment when they' were about to cross each other.

No conversations with your better half that go on for days 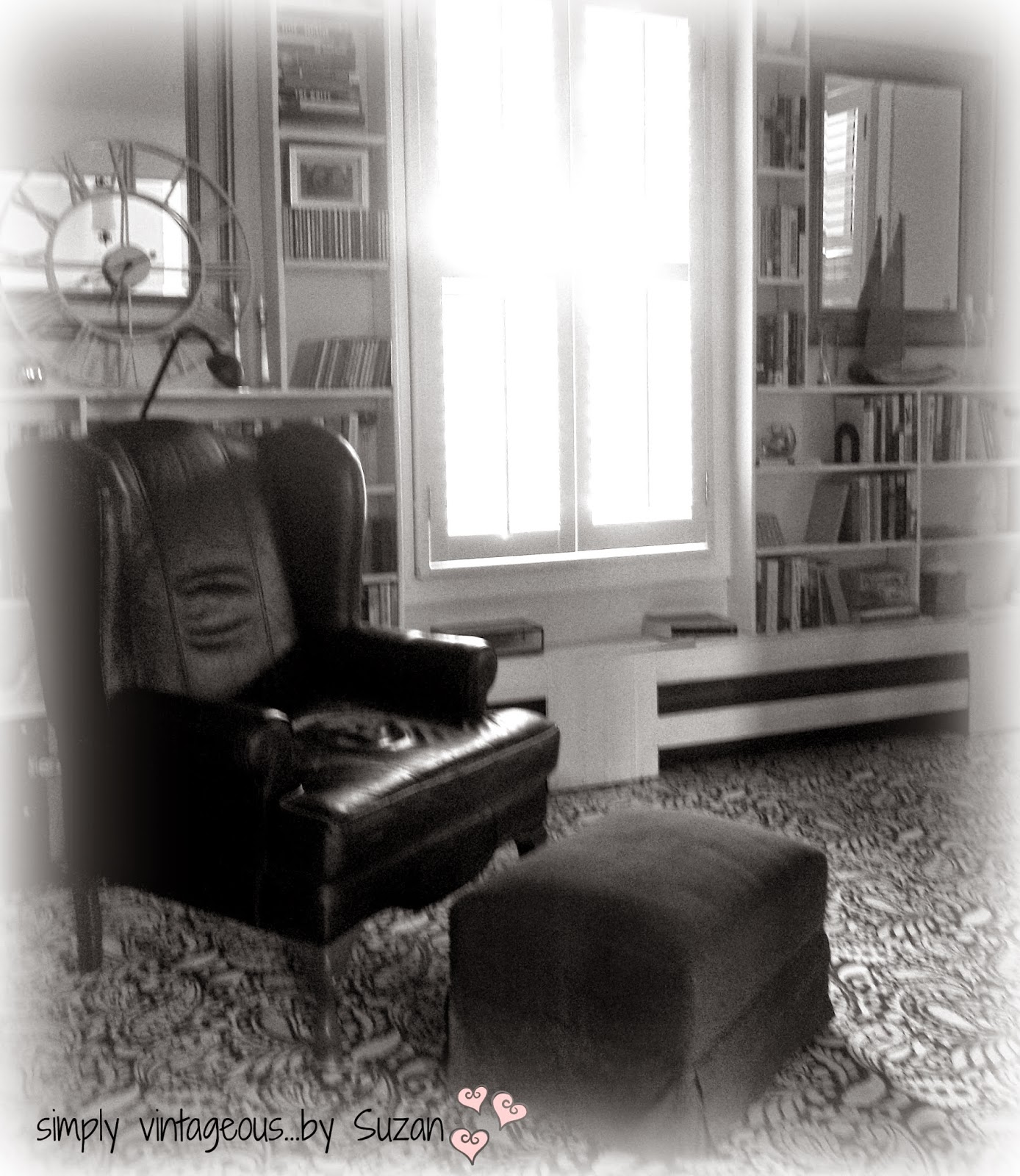 So I've been checking online for one - without any luck - until I decided I would just purchase an Ektorp from Ikea - the best solution for me because it comes with removable slip covers and they're so reasonable ( 79.99 ) that you can change them out seasonally without much cost involved. 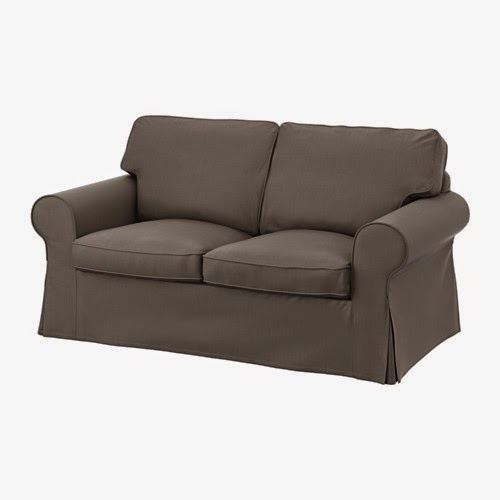 And it was still available when I contacted the seller !

That, my friends, is what I call perfectly aligned stars. 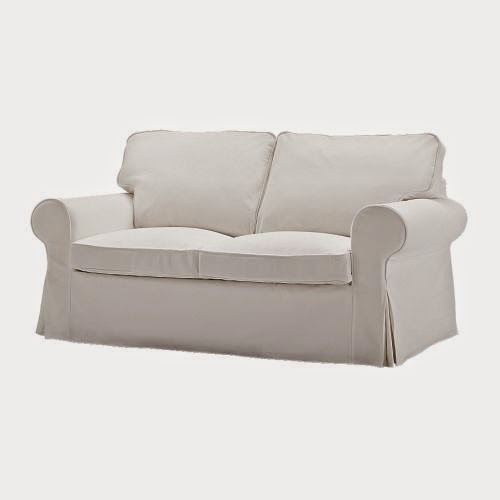 A perfect match for the room across from this one 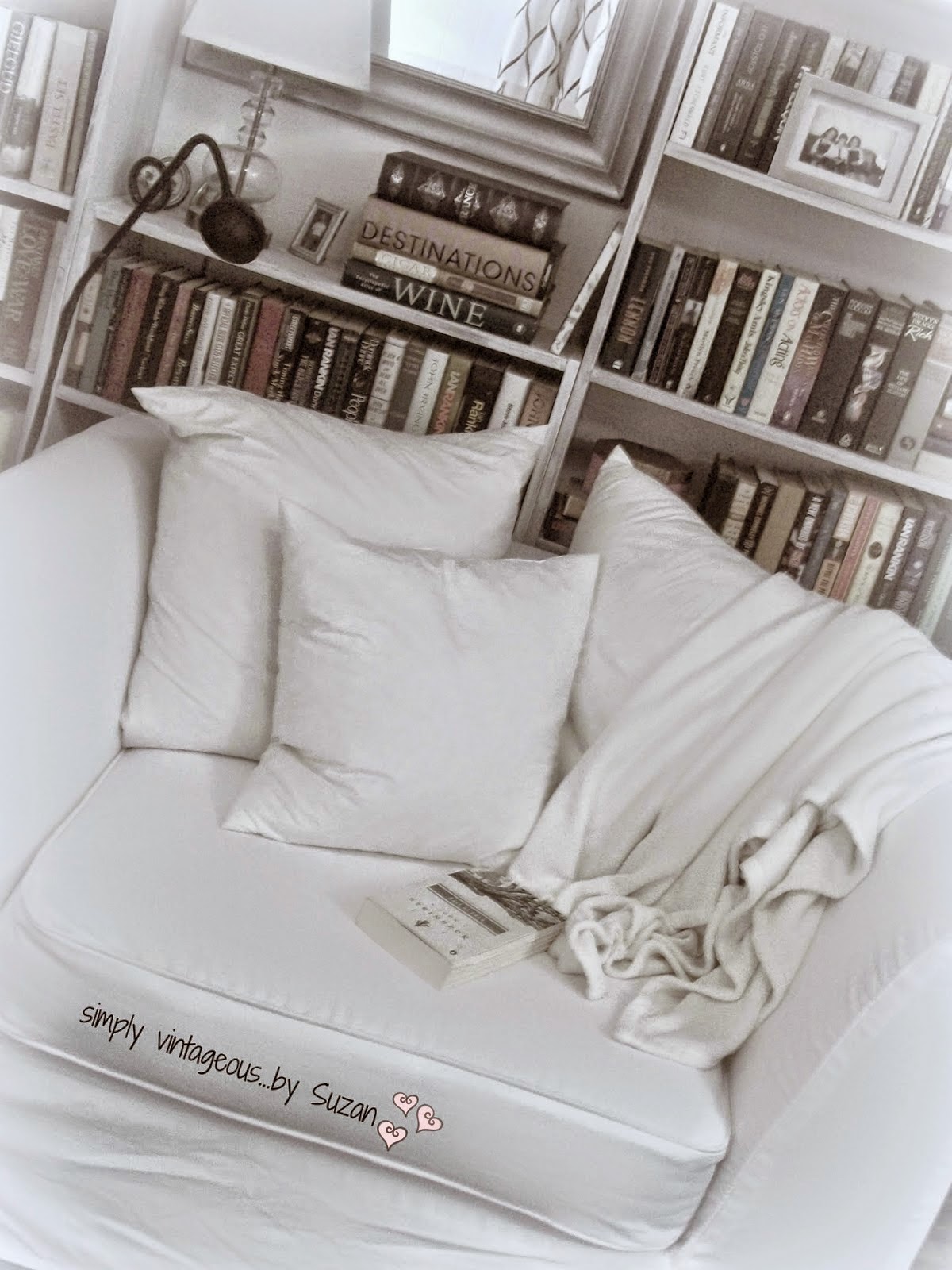 You can see the post on these slip covers HERE

THEN THE STARS GOT CROSSED - BECAUSE THE NEXT NIGHT WHEN WE WERE GETTING READY TO PICK IT UP - THE SELLER SENT ME AN EMAIL TELLING ME THEY'D CHANGED THEIR MINDS..................

A huge disappointment - but hey - IKEA still has them, right?

Until I came across 2 very pretty loveseats ( better then 1 I suppose ) that I figured I could have slipcovered
- in new condition -
The seller and I agreed on a price  - and then..............
Nothing -
No reply - just vanished into thin air.

Now it's getting heartbreaking

That's ok - because I saw a another Dark Grey one further down - I'll take that one instead.
Eagerly sent off the email - too late - sorry - just sold.

Now I've come to terms with the fact that I have to get to Ikea - and so I type EKTORP IKEA in my browser and up pops another Craig's list ad - just listed - for a White Ektorp - 3 seater this time.

We picked it up last night.

The strangest thing of all of this story is that in all the years I've been cruising online for furniture - I have never - not once - seen an Ektorp love seat OR couch for sale.  ( other than in the last 2 weeks )
MY stars are like everything else in my world - they get sidetracked - they collide - they explode - when there's a fork in the galaxy, they obviously take the wrong path but somehow - amazingly - every now and then they align -
And for a moment or two it's glorious

I'm still liking the grey ( for the winter at least ) so a trip to IKEA may still be happening this weekend.


But last night we both sat watching the Hockey game together - until John asked me to please leave the room or stop talking.
Hmmmph - I've been kicked out of far better rooms, let me tell you 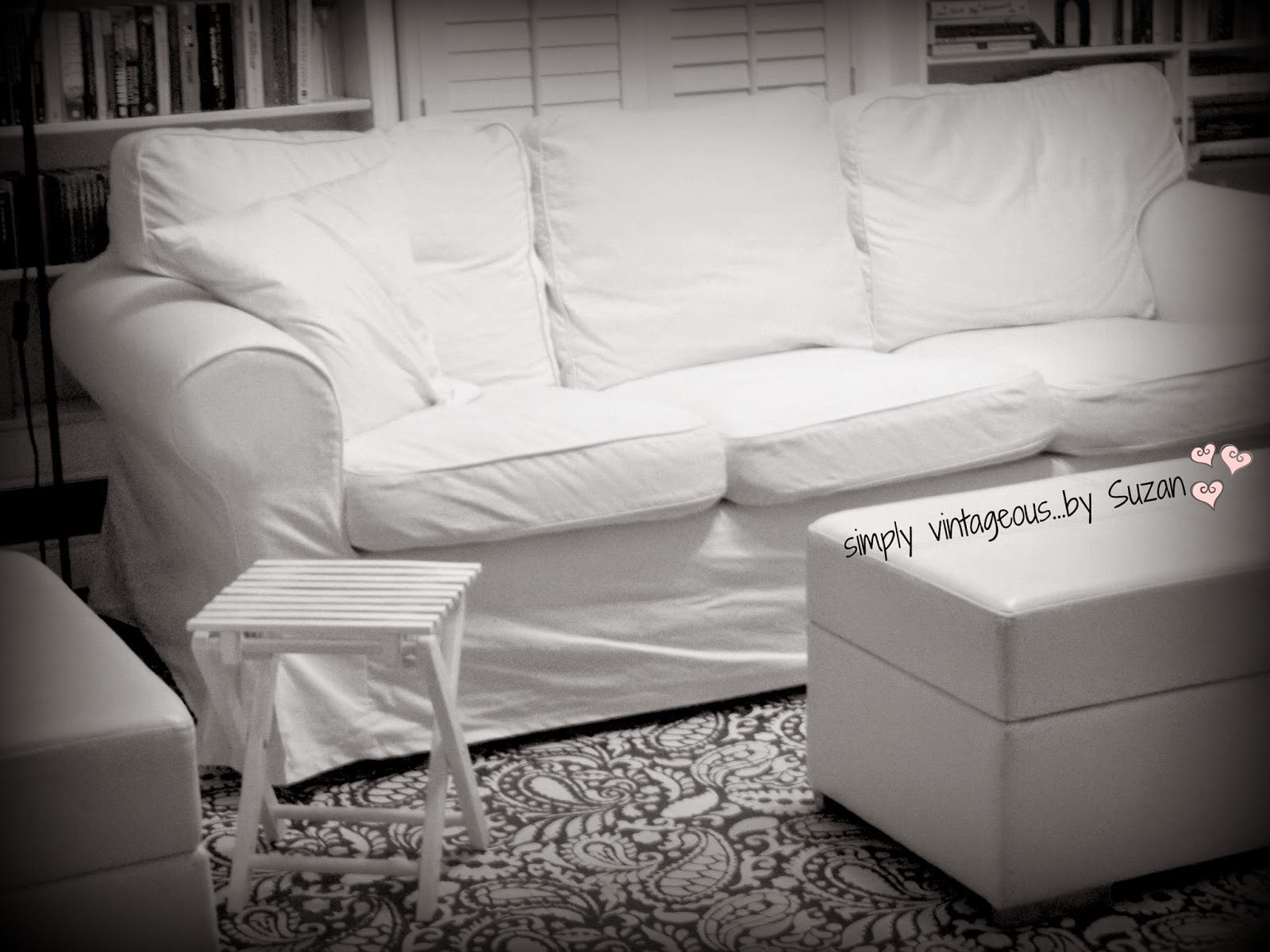 Suzan says- Can't you talk and watch hockey at the same time?
John says - No actually, I can't
John says - And neither could you if you were actually watching the bloody game
Suzan says- John - I could play hockey and carry on a conversation - I'm all about multi tasking. 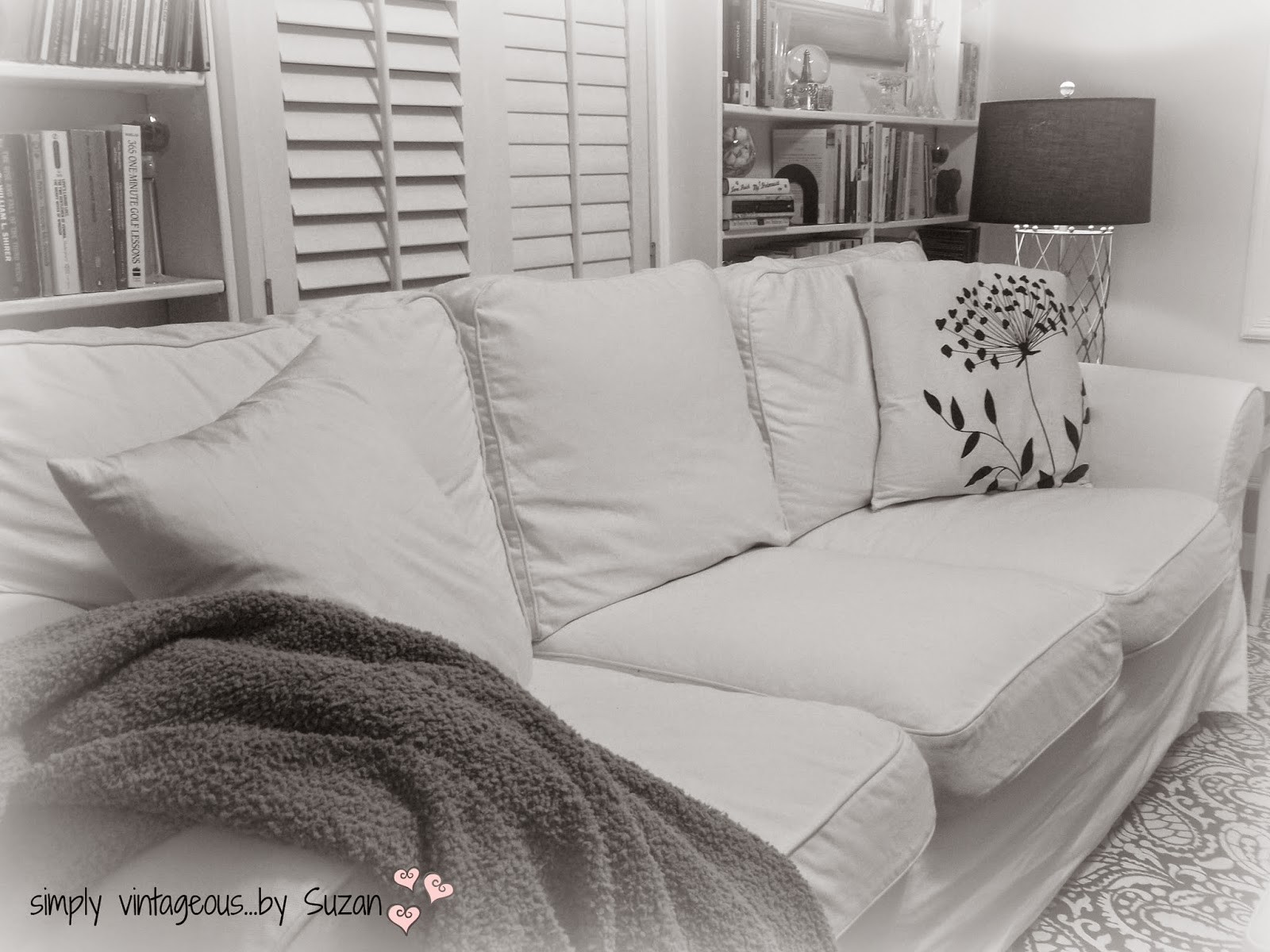 Have a wonderful day everyone !
Look up - you just never know when your stars will be doing their magic. 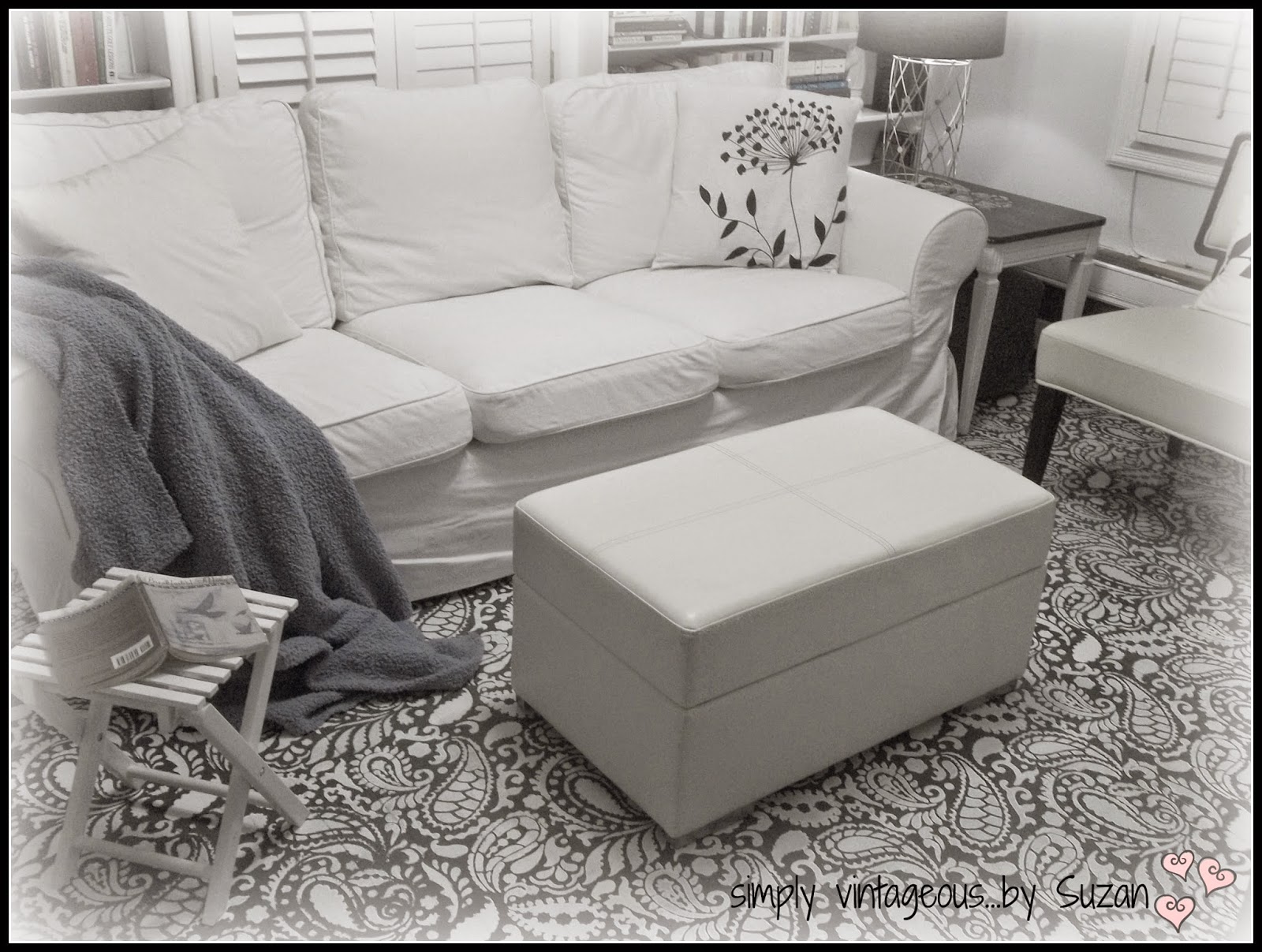