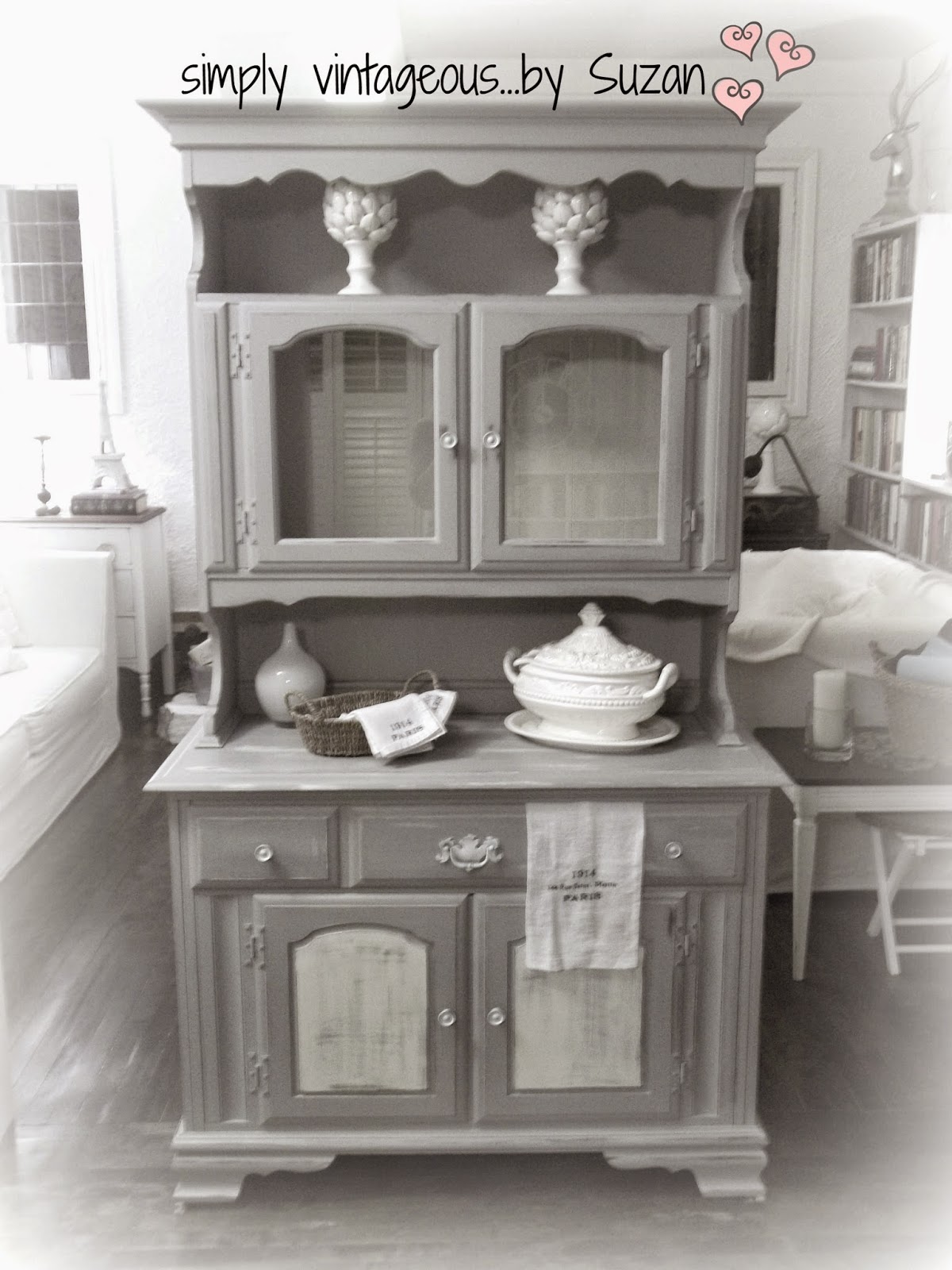 Wish I had the room to keep this one -  I know I know I say that about all most every piece - but if I had a bathroom large enough this is what I'd put in it - I can just see it filled with white fluffy towels, an antique pitcher and bowl and baskets on the top shelf - those glass doors could even be replaced with mirrors to hide unmentionables !!!  Anyway, it's redundant - I don't have a bathroom large enough. 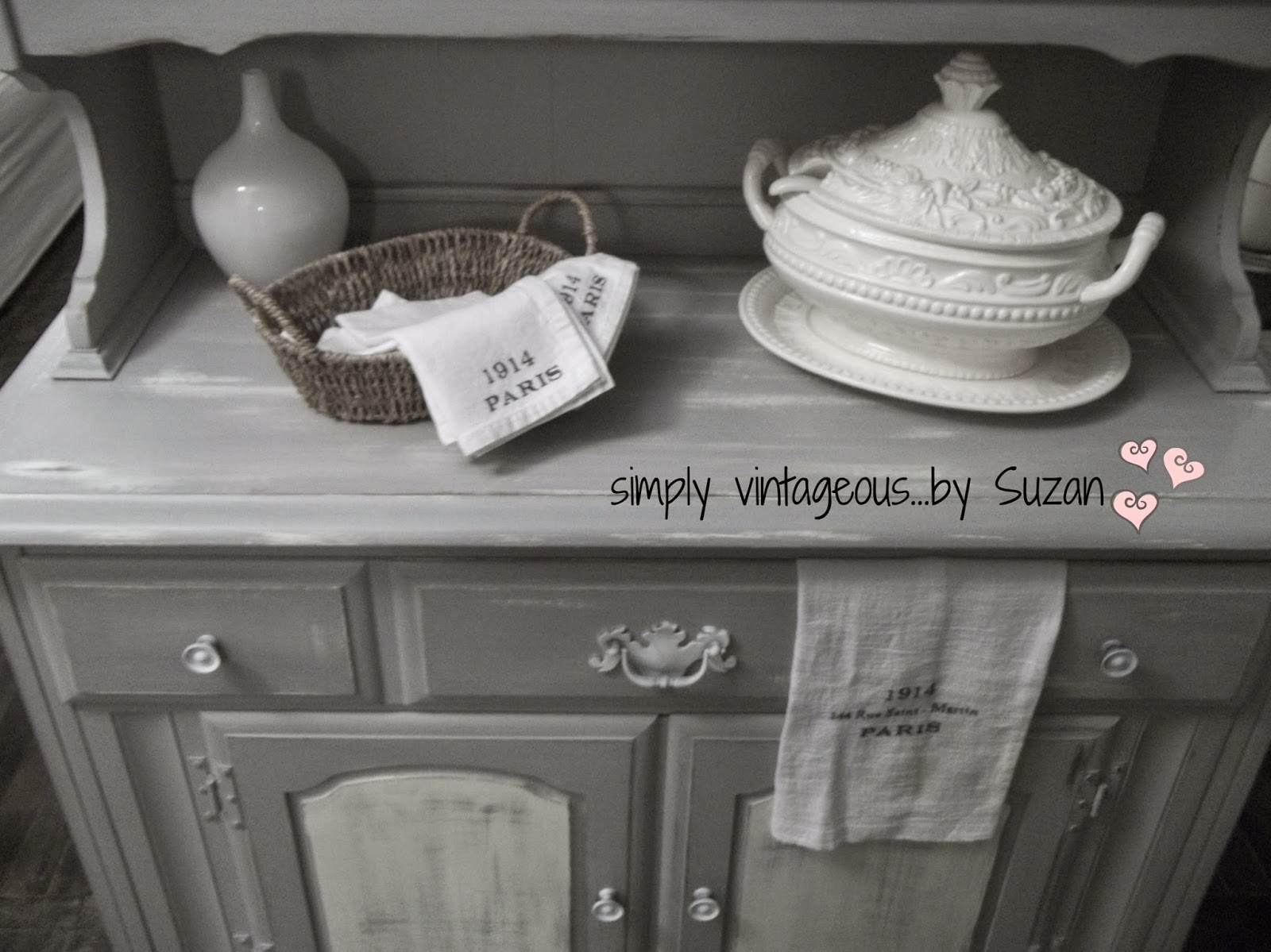 for a smaller piece it has tons of storage 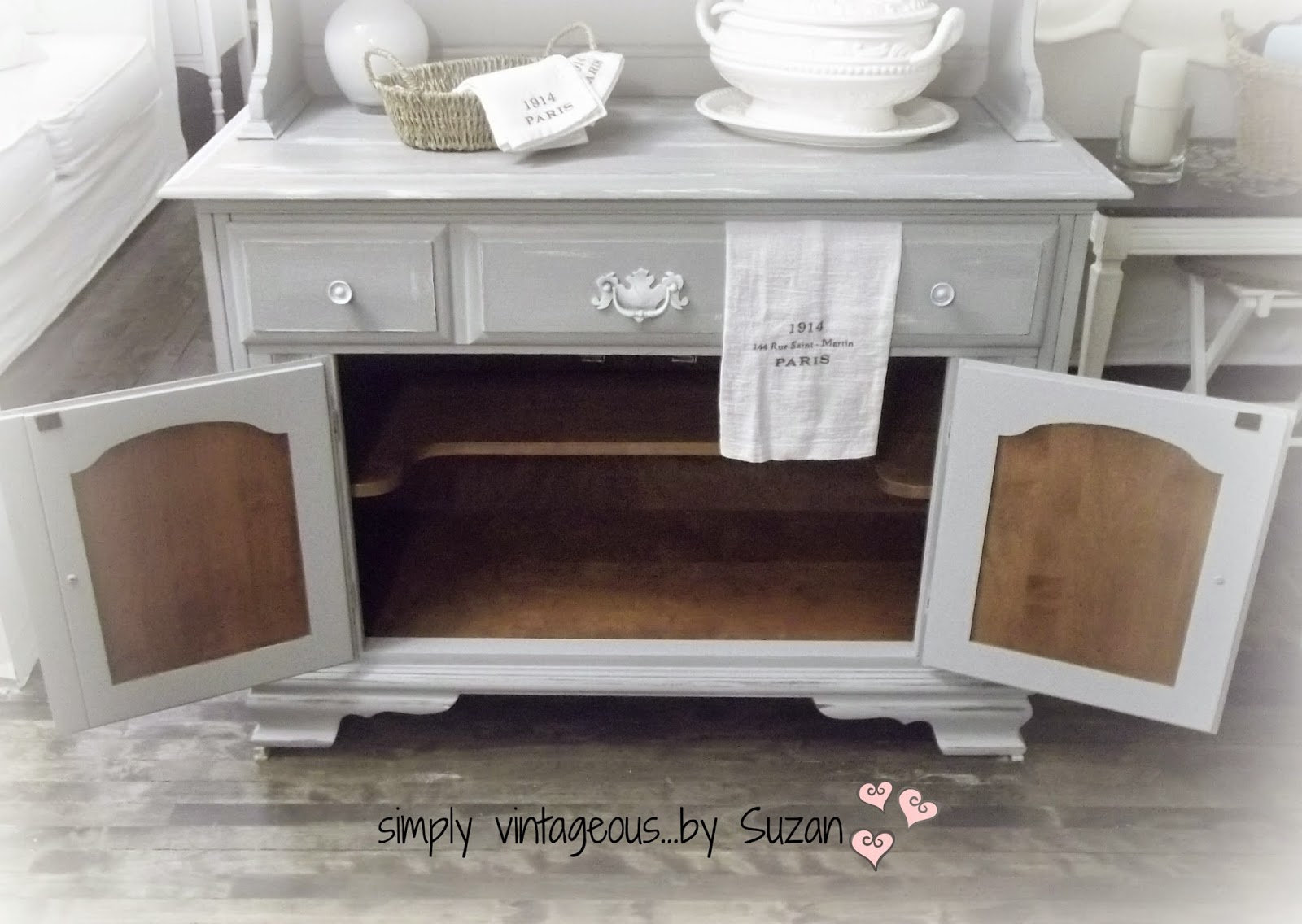 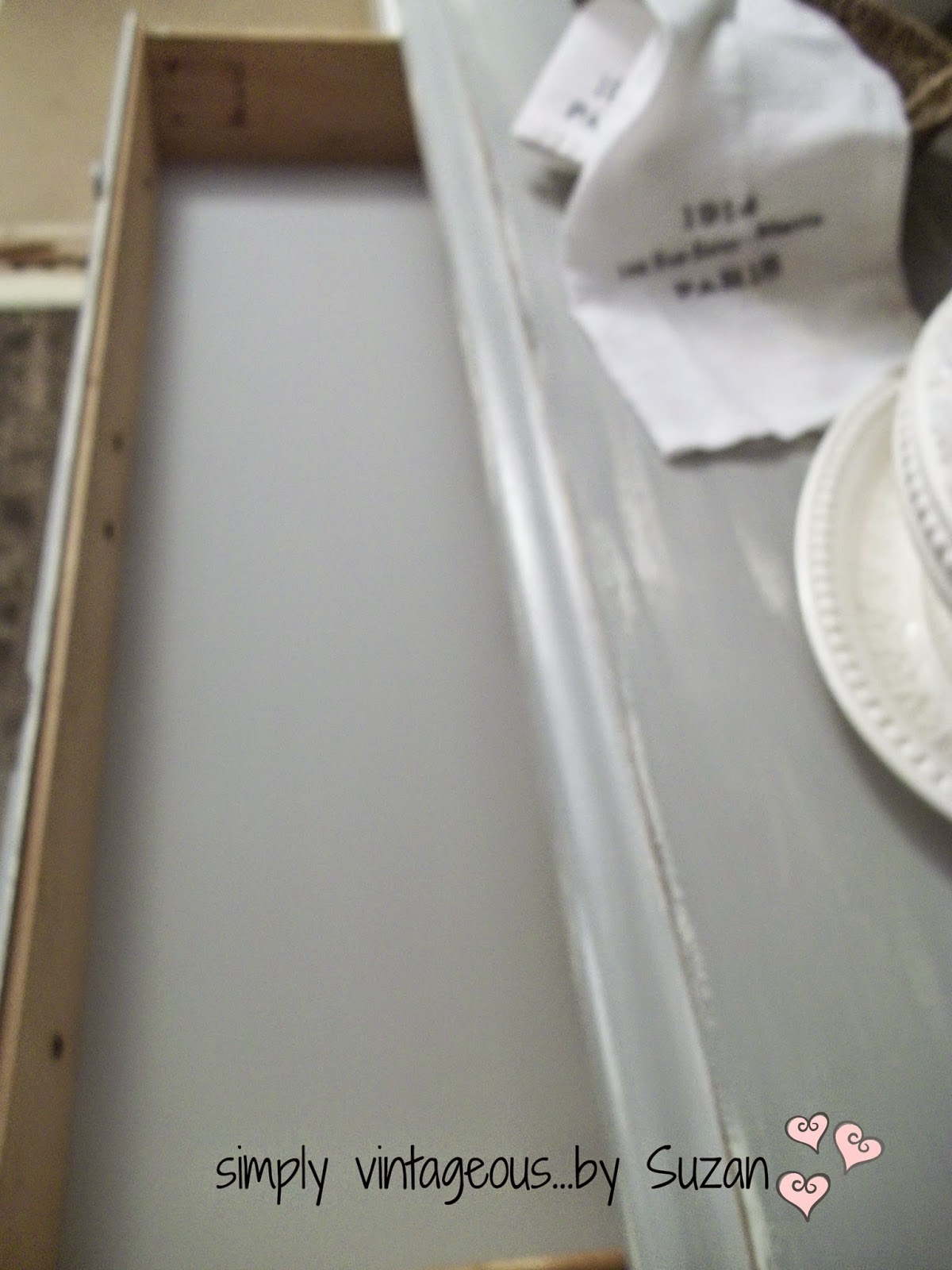 The napkins and hand towel were made by Dani over at Frugal ain't cheap - she sells them through her Etsy shop - take a look! 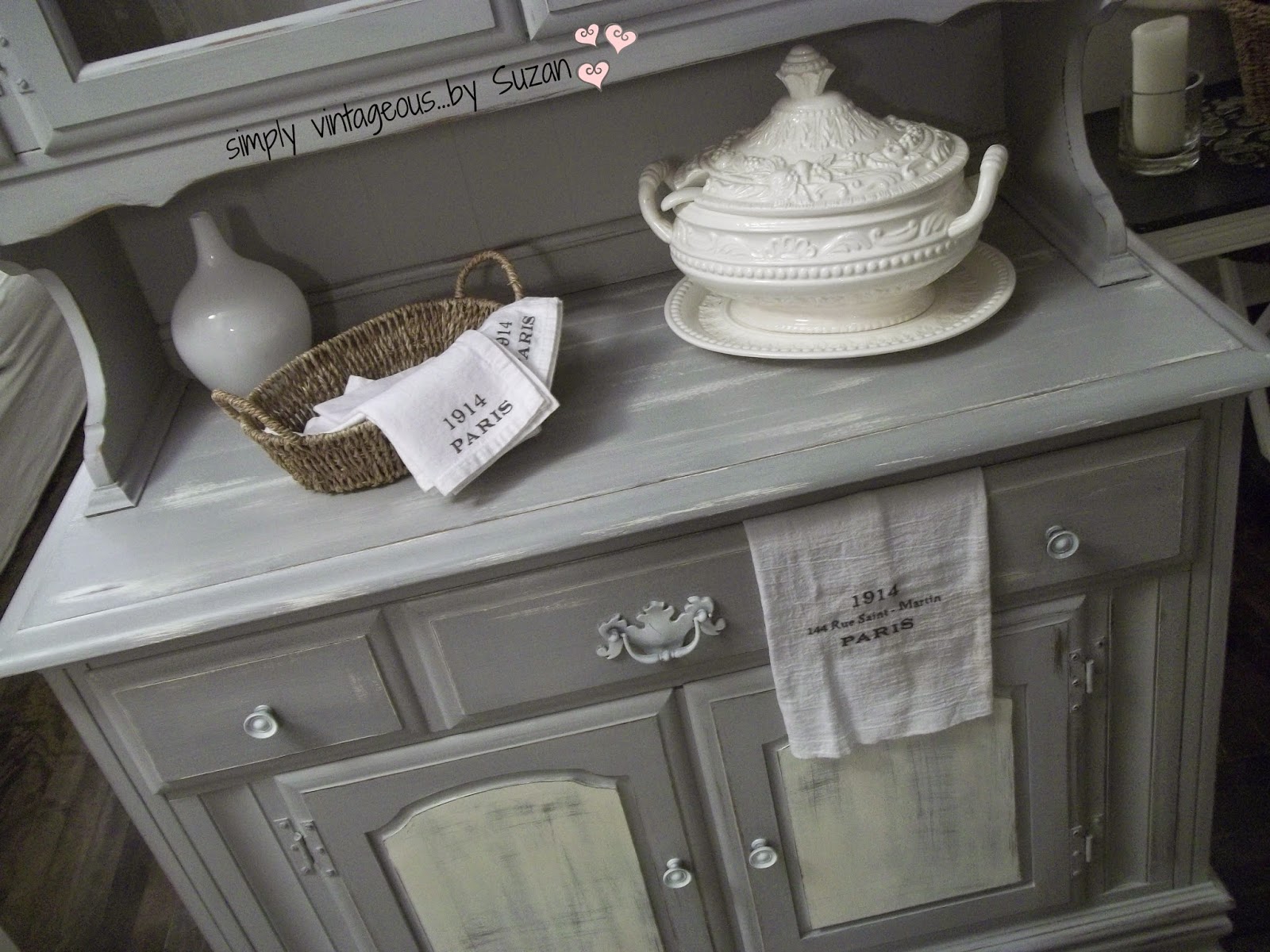 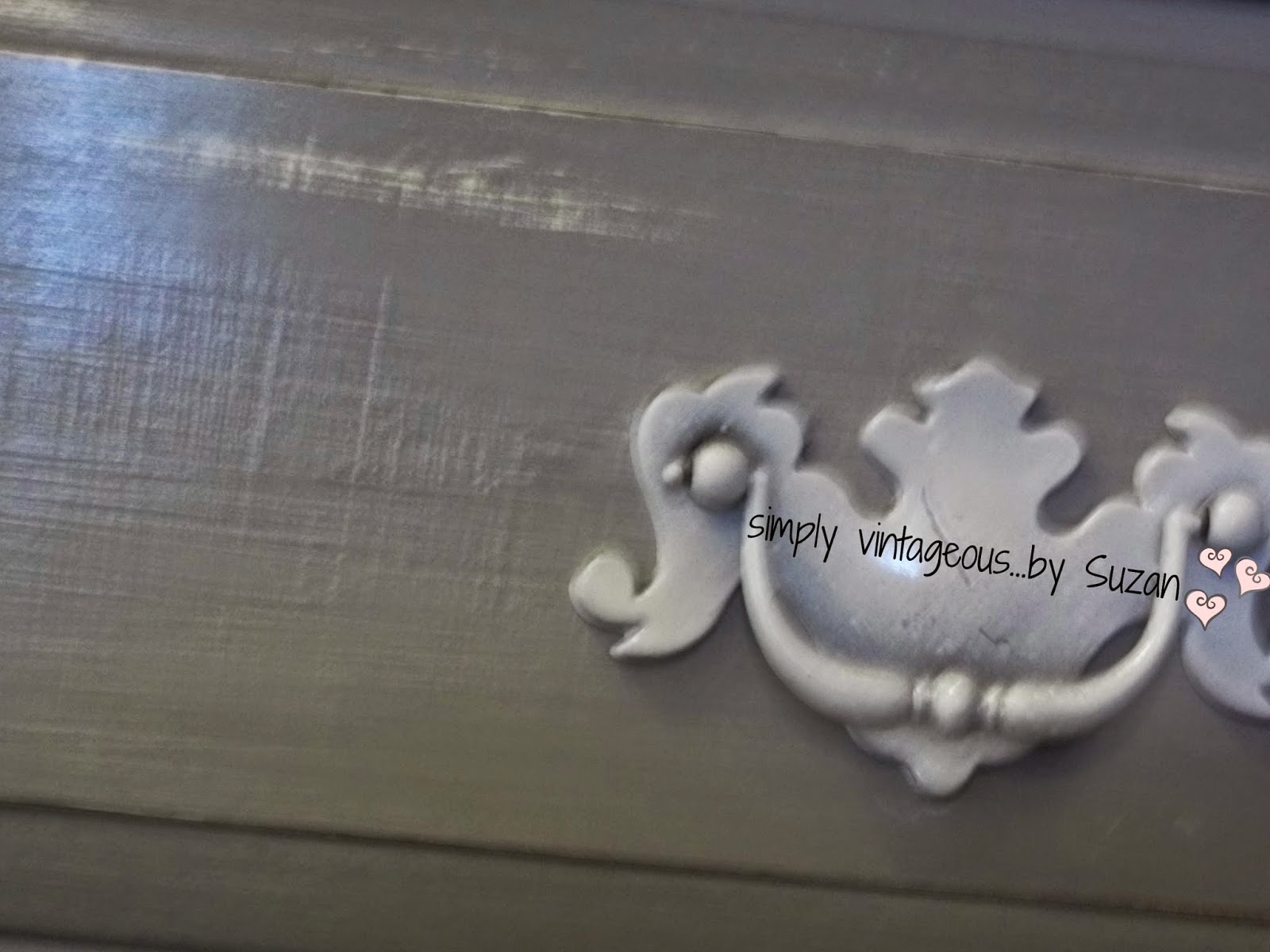 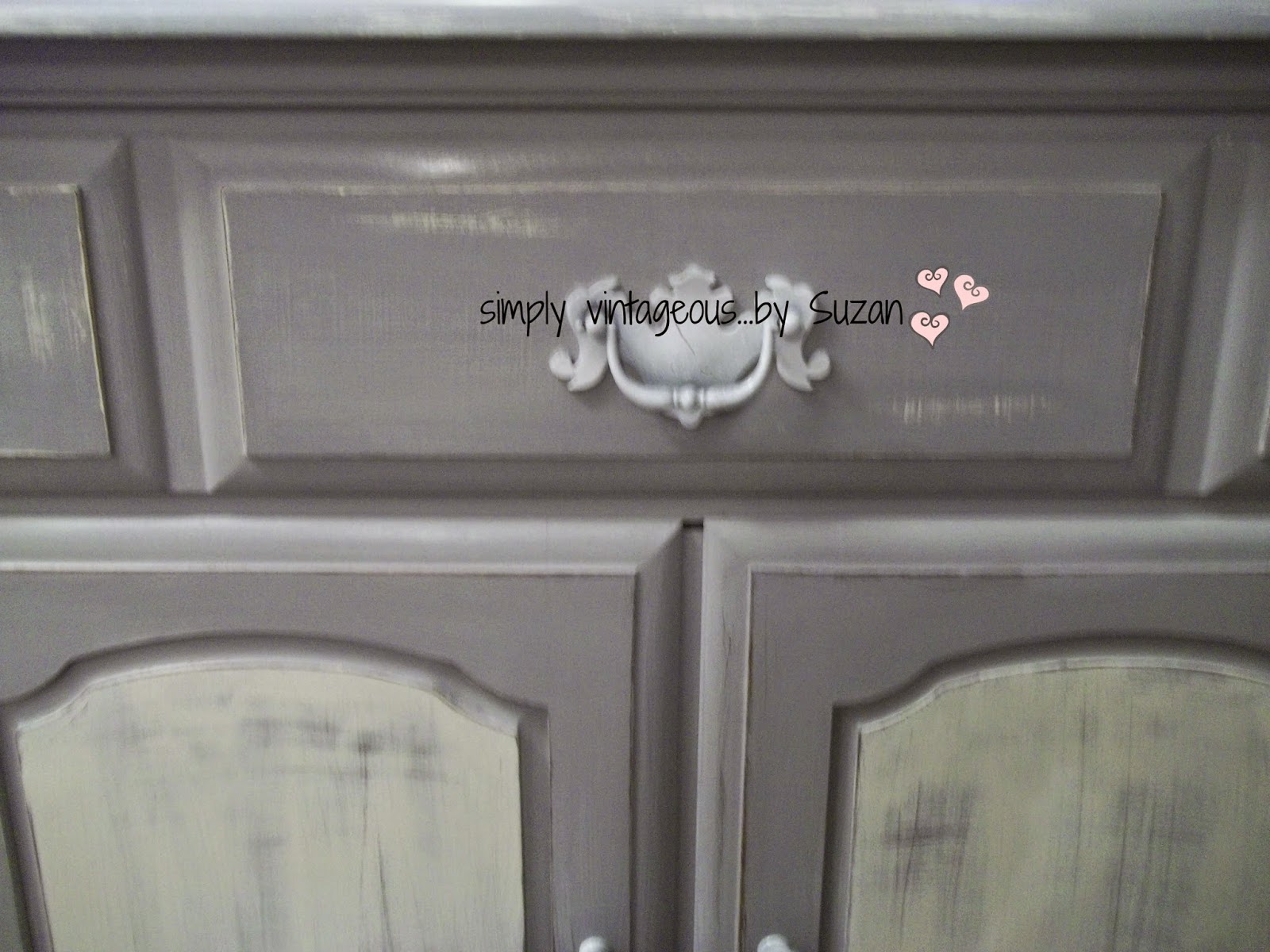 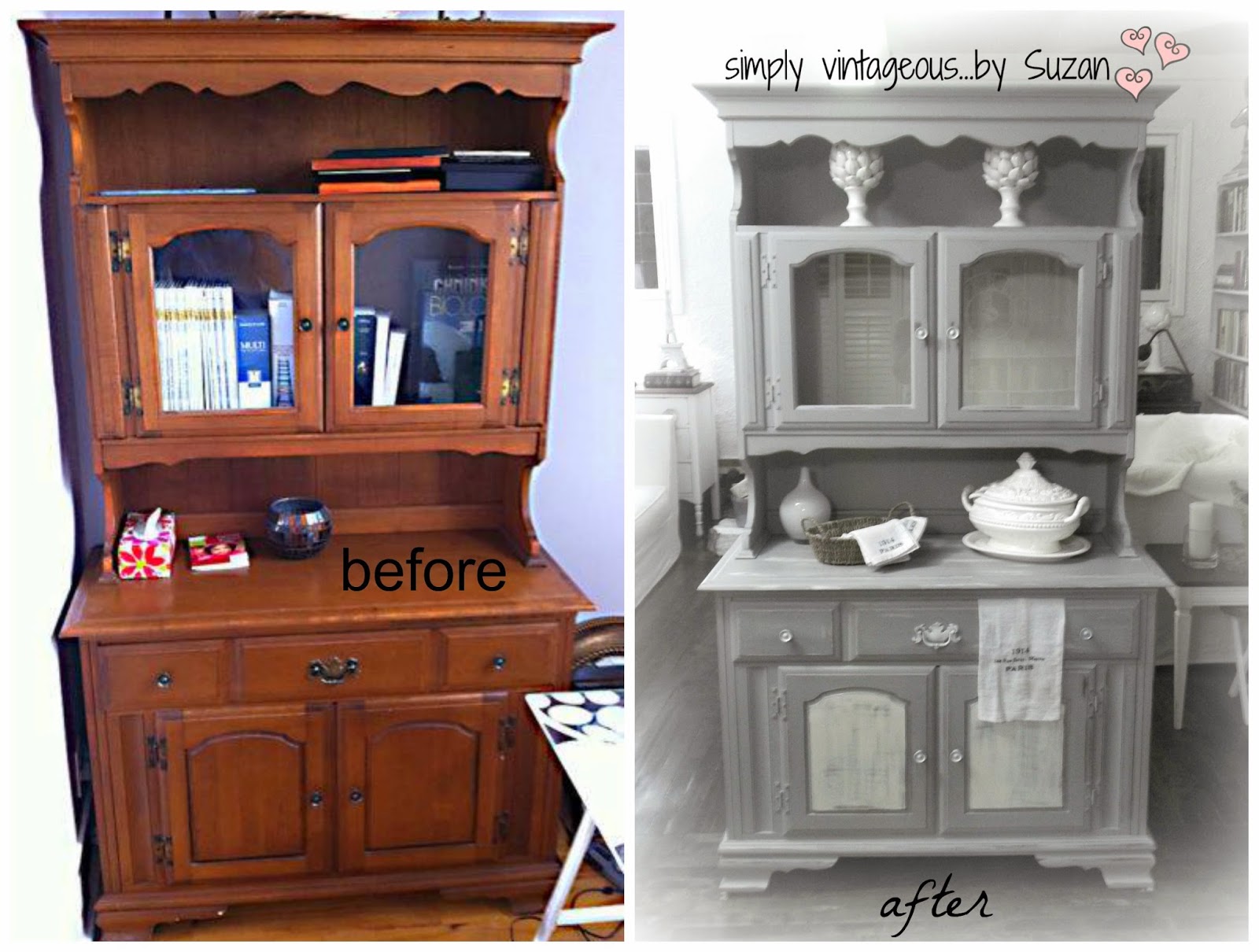 This piece was left behind by previous tenants in an apartment - simply discarded - and the new owners didn't like it at all.................they were thrilled to sell it - I was thrilled to get it - everyone is happy ( well I'll be happiest when it's out of here so I can start another one :)

And just a side note

Last night I woke up in the middle of the night with the fan on full blast directly at my head
( don't ask - that's the only way I can sleep - my hair is so thick that it barely moves in the breeze ) I was soaking wet - my nightgown could have been wrung out - and I glanced over at John.
Picture this
He was wrapped in blankets with just his head poking out - like a mummy - with his HAIR BLOWING ALL OVER THE PLACE !!!!!!!!!!!!!
I went into such a fit of giggles that I had to get up. As I was leaving the room
John mumbles - Do you think you can take Soda with you?
Suzan says - Where is she - I don't see her
John says - She's under the blankets to get away from the fan - and hasn't stopped licking me for an hour.
John says - I can't take it anymore
John says - I need to sleep
John says - And I'm going to toss that bloody fan out the window Suzan.

But that image of his hair?
That'll sustain me for a good 3 or 4 days - and in case you can't picture it - here's a visual. 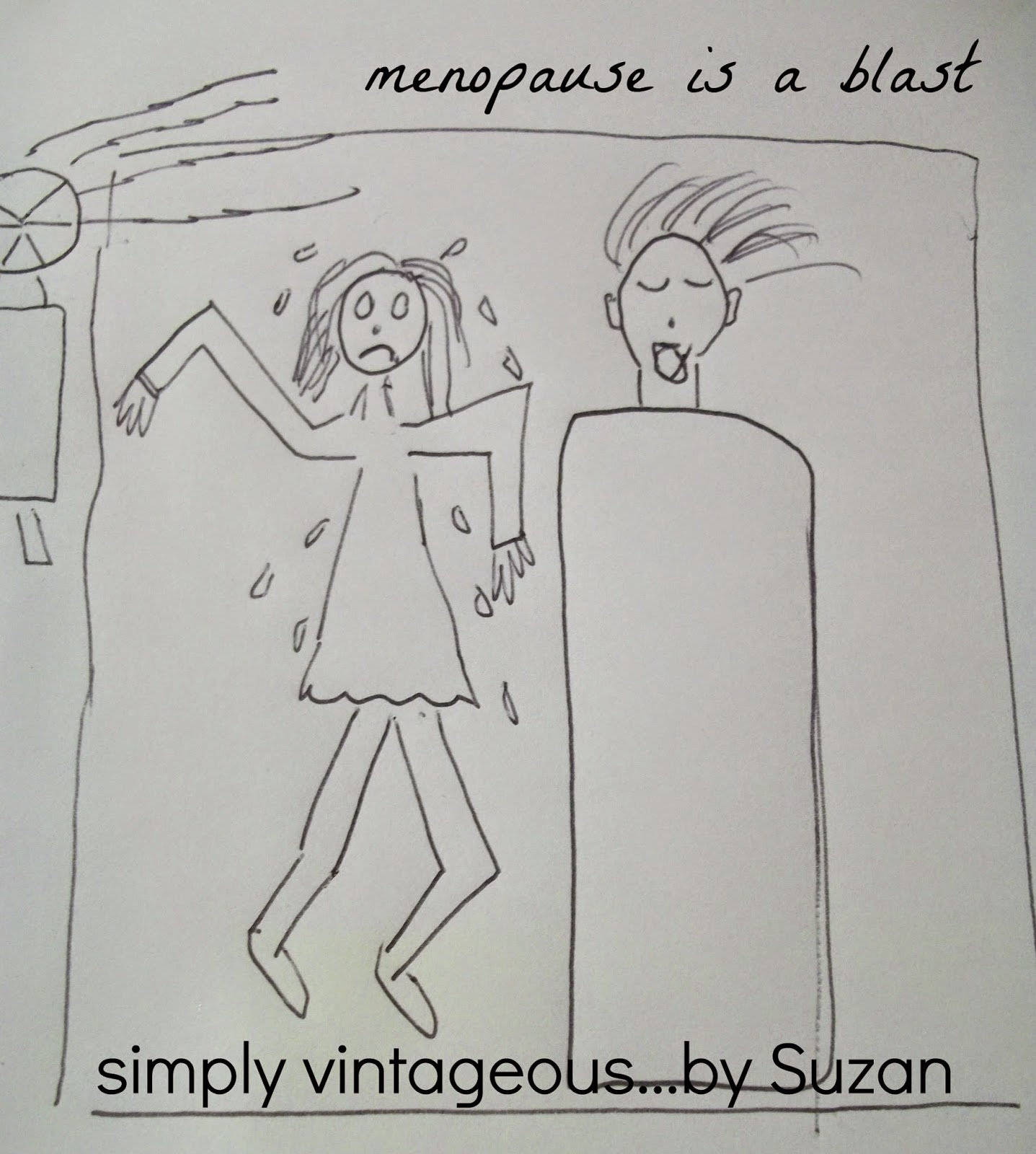 I have a guest post up at the wonderful Tuula from The Thrifty Rebel on my love of pink !

Have a wonderful day everyone
Much love,
Me

I'll be sharing at these wonderful parties !