Makeover of a Makeover

I decided last night to redo a piece I had already madeover - do you ever do that?  It hasn't sold and I thought it was time to give it a little extra pizazz.....................it's not a drastic change but
hopefully enough to make it truly unique enough for someone to say " I've got to have this "
This isn't the first time I've done this either - I did it HERE and than again HERE - the striped one sold within 2 days of its remakeover - and someone is coming to look at the eiffel tower to use as a vanity in their bathroom.

So hopefully this will do it for this little number -
Remember THIS ? In case you don't feel like looking at the link - this is what I'm referring to 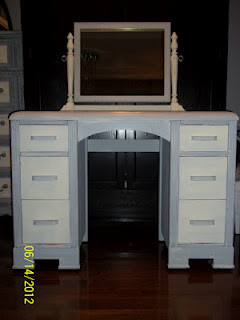 and though I did a little distressing - 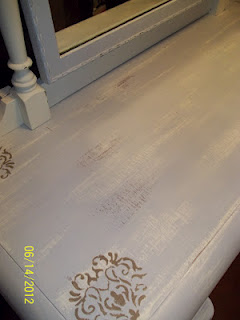 It just seemed to be lacking a little something something 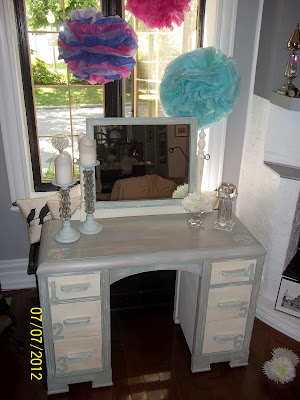 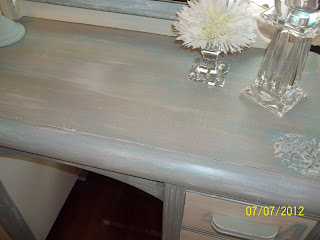 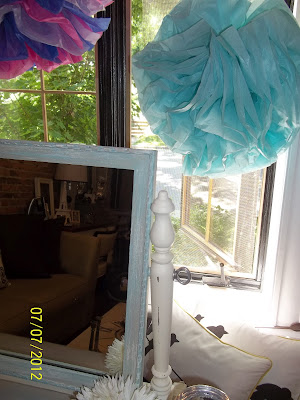 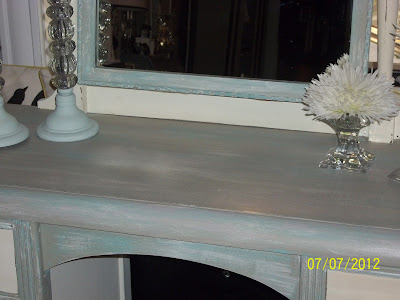 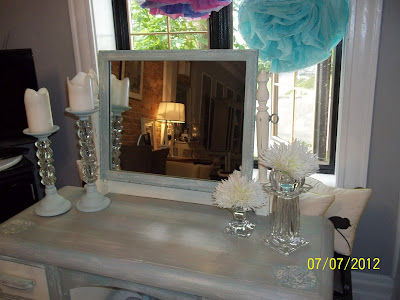 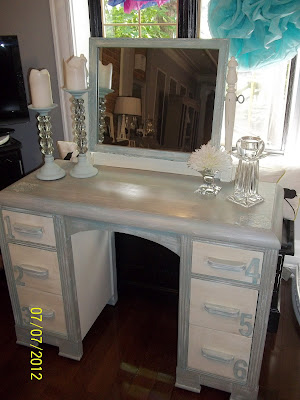 So what do you think? Am I going to have to makeover my makeover of a makeover?

Ok so here's where the hilarity comes in ( once again ) I made the pom pom's for staging - but the
colors are all wrong - anyway I couldn't sleep and had to do something so whipped these up while
watching t.v. 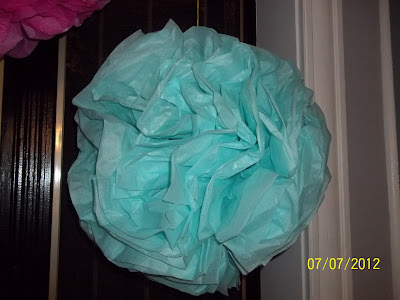 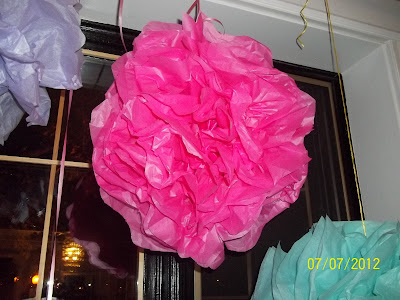 and hung them from the curtain rod as a backdrop for the vanity - and then off I go to bed
thinking I would just take them down in the morning.
John wakes up very early in the morning to go for a pee - around 3 a.m. and I hear him standing outside the bedroom door for a lonnnngggg time - here's what follows next.....................

Anybody want some pom poms lol?