I really wanted to have a makeover completed to show you this morning - alas I only have almost finished and halfway finished things to post!
But I have a couple of John says - Suzan says to go with it so maybe that could make up for it? 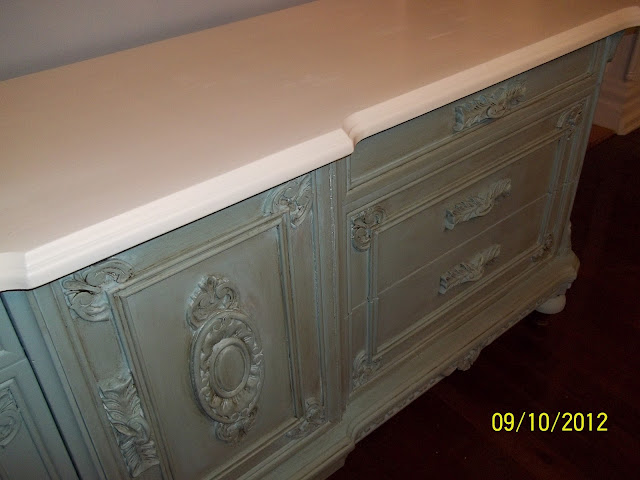 There's still the last section on the left hand side that had to be dirtied up with some dark wax - but it's so close!


John says - It's looking good Suzan - how much do you think we can make on it?
Suzan says - Oh John - I just can't bear to part with it - I HAVE to keep this
John says - Spare me the Scarlett O'Hara drama, we can't get it into our room
Suzan says - I measured the wardrobe that's in our room - and it's bigger then this, so we can definitely get it in
John says - We had professional movers bring that in - and the room was empty at the time
Suzan says - So we'll just empty out the room - bring it in - and put everything back in
John mimics - So we'll just empty out the room - bring it in - and put everything back in - in a squeaky voice - I don't have a squeaky voice
Suzan says - You always make everything sound impossible and I always prove you wrong - so why don't we just give it a try - stop making everything so complicated all the time - and we'll sell the one that's in there now.
John Thunders - I MAKE EVERYTHING COMPLICATED? THAT'S RICH - THAT'S REALLY RICH
YOU WANT TO EMPTY OUT AN ENTIRE BEDROOM TO GET A DRESSER IN IT AND THEN PUT EVERYTHING BACK IN??????????
Suzan says - Yes - that's exactly what I want to do - you know John - some husbands move heaven and earth for their wives - I have a hard time getting you to move a dresser
Suzan says - and while the furniture is out - I'd like to paint the bedroom floor
John says - PAINT THE BEDROOM FLOOR???? I've got an idea - why don't we paint the window at the same time?  That way you don't have to worry about curtains ever again - and then absolutely every square inch of the bedroom will be painted.
Suzan says - well that's just ridiculous -
John says - now you know how I feel about your ideas sometimes........................
Suzan says - and I'm painting the bedroom walls as well - because they definitely don't go with the dresser now......................
John shakes his head and walks away 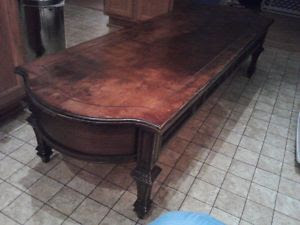 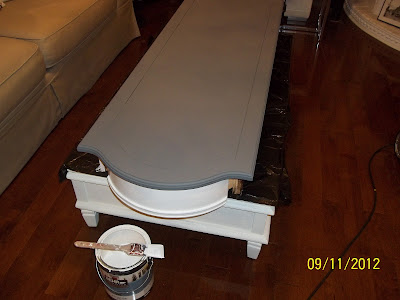 I took a break between this and the next

Suzan says - do you want a popsicle?
John says - no thanks
Suzan says - Please? We each need to eat a popsicle
John says - I don't feel like a popsicle - why do we NEED to eat one?
Suzan says - I need shutters for the window on the  bread box doll house - and I thought popsicles sticks
would be great for that.
John says - You know no one would believe this - not in a million years. If I tried to tell Chris and Richard
( his golf buddies ) this, they would not believe it 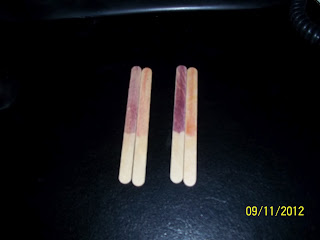 and the dresser from my adventures in pickin' 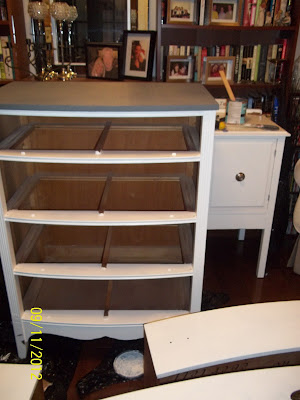 disclaimer:
John is the gentlest man on earth - and would never hurt a fly
Except if you try to take pictures of him in his boxers - that sort of
brings out the animal in him -
Who knew?