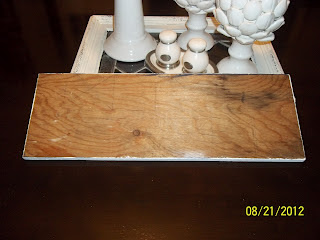 and turned it into this 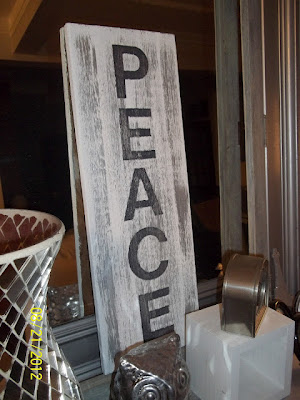 and decided I had to do some more of these when I could find some scrap wood.
Well on Sunday night I spied with my little eye some wood that my neighbour had thrown out in the back alley and asked John if he would go sort through it for me so that I could make some signs.....................

but tomorrow never comes in this house - so that night I crept out in my p.j.'s into a pitch black alley and darted over to the neighbours pile - trying to make out what I could take and as I was rummaging through it all - BANG CRASH SMASH - I dropped the whole pile into a heap ( they were all neatly leaning against the fence ) and just like a cat burgler, I froze, took stock of my surroundings and made a mad dash back to my house holding two precious pieces of rotting wood, with my heart pounding in my chest - and just as I made it to my side - a GIANT - and I mean GIANT raccoon runs across my path - Dear God - I must have a strong heart because I was terrorized beyond belief -
Keep in mind I waited till the darkness of night ( after midnight ) because I didn't want to be caught doing this.  After I narrowly escaped being attacked by a wild raccoon I quickly ran up my back steps only to have
my Sensor Light come on ( the reason these are installed is to deter burglers ) and catch me right in the act.
If any of my neighbours woke up from the sound of the crashing wood - they would have made it to their windows just in time to see me sneaking into my back door in my pink and blue striped p.j.'s................
I'm telling you I'm sure I could have scared off any potential crook in my get up.
BUT I GOT THESE

John says - What the hell is going on out there - was that you making all that noise?
Suzan says - Yes, I was trying to chase a raccoon away from the garbage 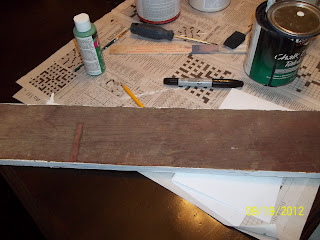 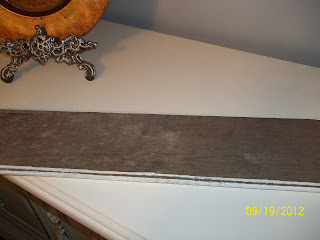 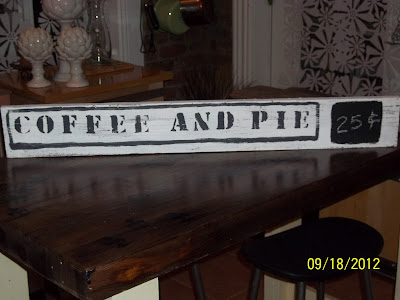 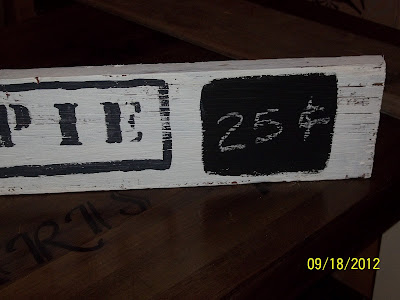 Suzan says - What do you think?
John stares and stares and says nothing - just shrugs his shoulders
Suzan says - You don't like it?
John says - Well it's totally unrealistic isn't it - I mean where are you going to find coffee and pie for 25 cents?
Suzan says - You never cease to amaze me John - OBVIOUSLY it's supposed to be an old sign...........
when you could actually get coffee and pie for a quarter - there was such a time you know
John says - Did you research that? How do you know that?
Suzan says - Listen - it's not a Shakespeare quote for crying out loud - it's supposed to be a fun little sign. It really doesn't matter if it's historically accurate.
John says - Doesn't make much sense to me, that's all
Suzan says - I made the price section in chalkboard paint - would it make more sense to you if it said 7.95
John says - Well that would be more like it, wouldn't it Suzan - and by the way - I'm sure most people would agree with ME on that one.................
John shakes his head - 25 cents for coffee AND pie - and chuckles as he walks away 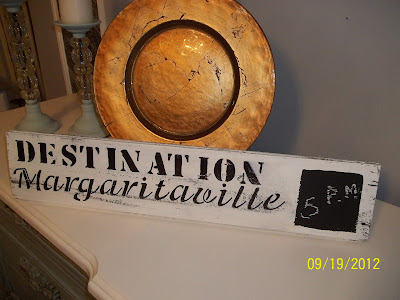 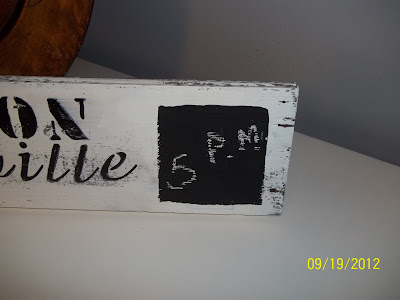 What would I ever do without you John - I'd have nothing to write about honey!!!