I'm almost finished a big project - almost -
I'm almost finished a smaller project - almost -
And I can't wait to get them out of the house and into somewhere where they'll actually fit.
My place is now officially on the verge of a hoarder's house - seriously -
The dining room has been rendered useless - and the only space where there is no furniture
overflowing is the kitchen and that's strictly because it's basically the size of a bathroom or
I'd have things in there too................hopefully this wknd I can finish up the 7 pieces ( including chairs - do they count if they're part of a dining set lol )?

So just a little sneak peak 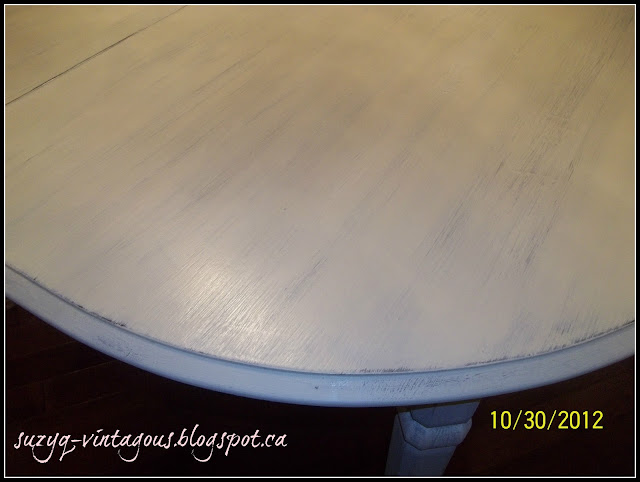 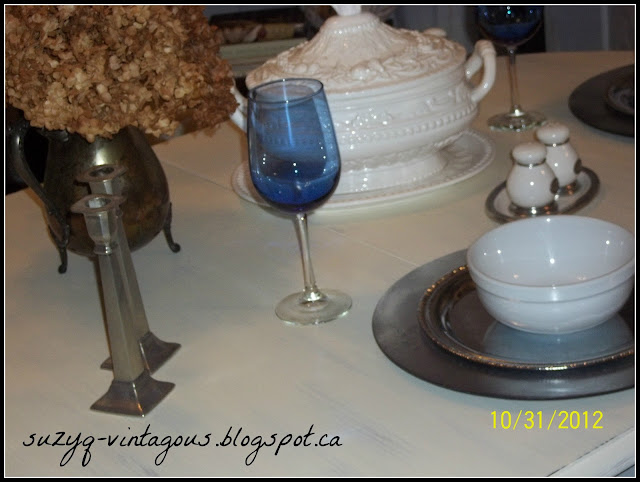 I'm working on this too 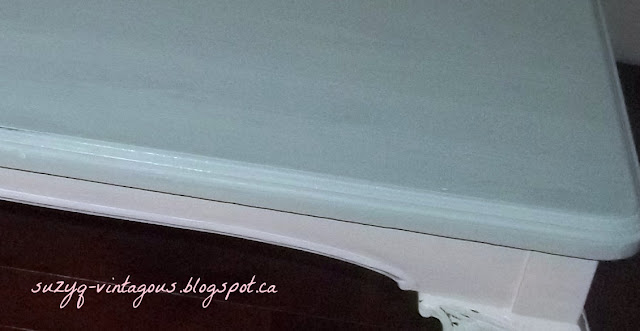 John says - That looks nice - as he goes to brush his hand across the top
Suzan SCREAMS - DON'T TOUCH IT - IT'S WET!!!!!!!!!!
John says - You're taking photos of it - I ASSUMED it was dry - finished
John says - Why would I think that? - shaking his head and walking away
Suzan says - Well why do you have to touch everything - can't you just say it
looks nice without touching it?  I'm not the strange one!
Suzan yells out after him - You know what they say about A.S.S.U.M.E., right?
John yells back - You're C.E.R.T.I.F.I.A.B.L.E. 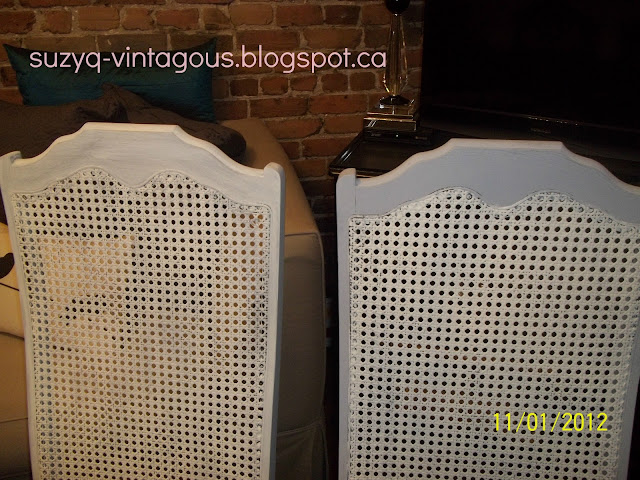 I did a white wash on the lighter one - and was just about to start on the darker one and John said
NO NO - leave it - it looks better dark.
Hmmmm - me no think so - but I HAVE been wrong two times in my life so I could be wrong about this one
I guess ( although I really did promise myself I would never be wrong about anything ever again )
So here's a close up of each - 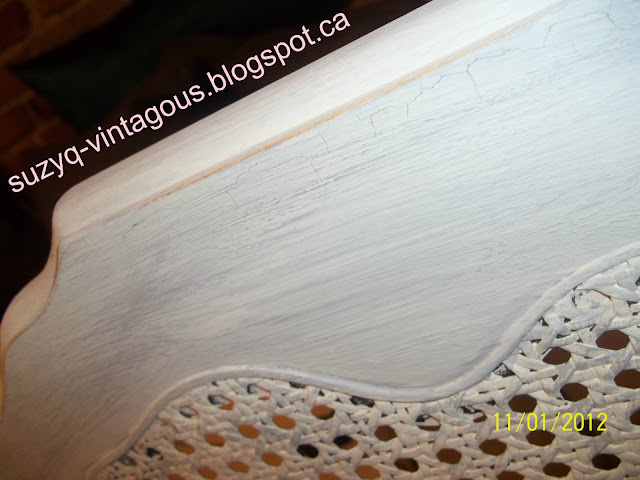 and the whole set is country inspired - 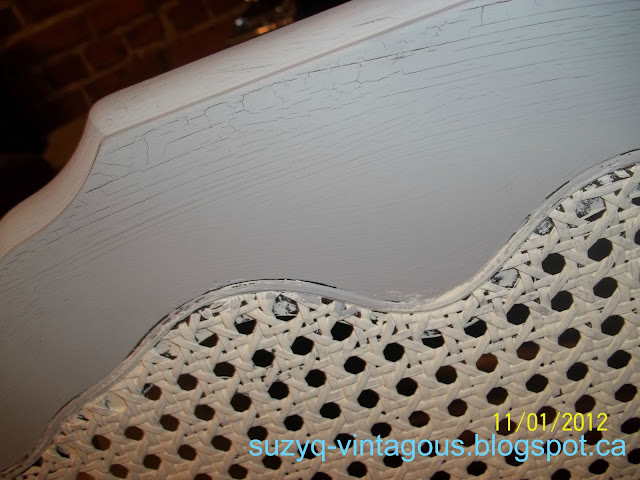 And talking about confusion
Here's a photo I took outside my front door - after bracing for Sandy - it swept right
by us................it was warm with a beautiful breeze - but not enough wind to even take the
leaves off the tree outside - and can I remind you, this is Canada - and it's basically November - 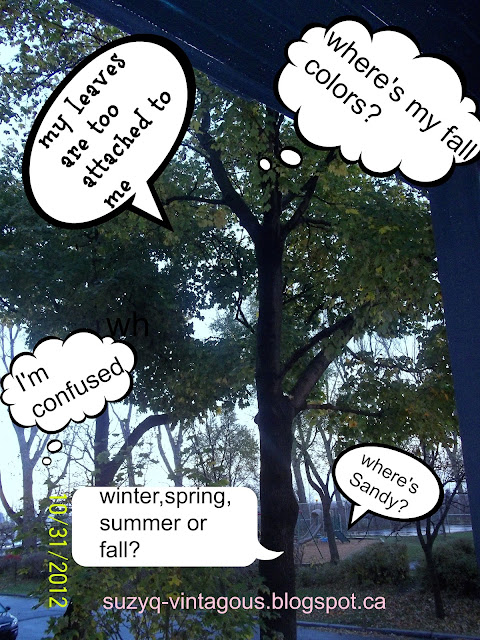 Prayers to all who have and are still weathering the storm - hope their lives return to normal as quickly as possible.