Aren't they a pretty color?  Vintage inspired folding chairs !
I painted the small table years ago ( to go with another patio ) now I'm wondering if black is ok? ) 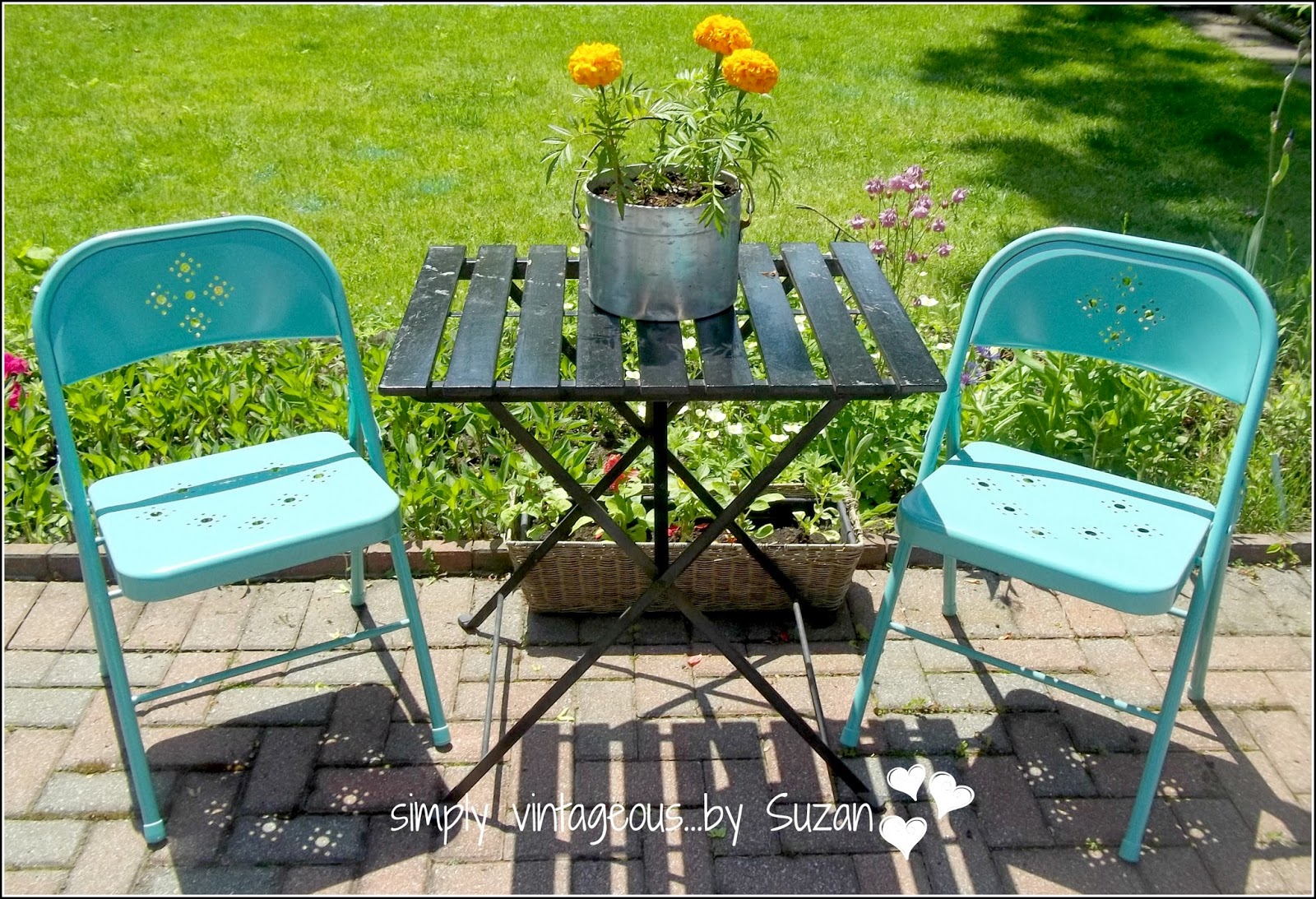 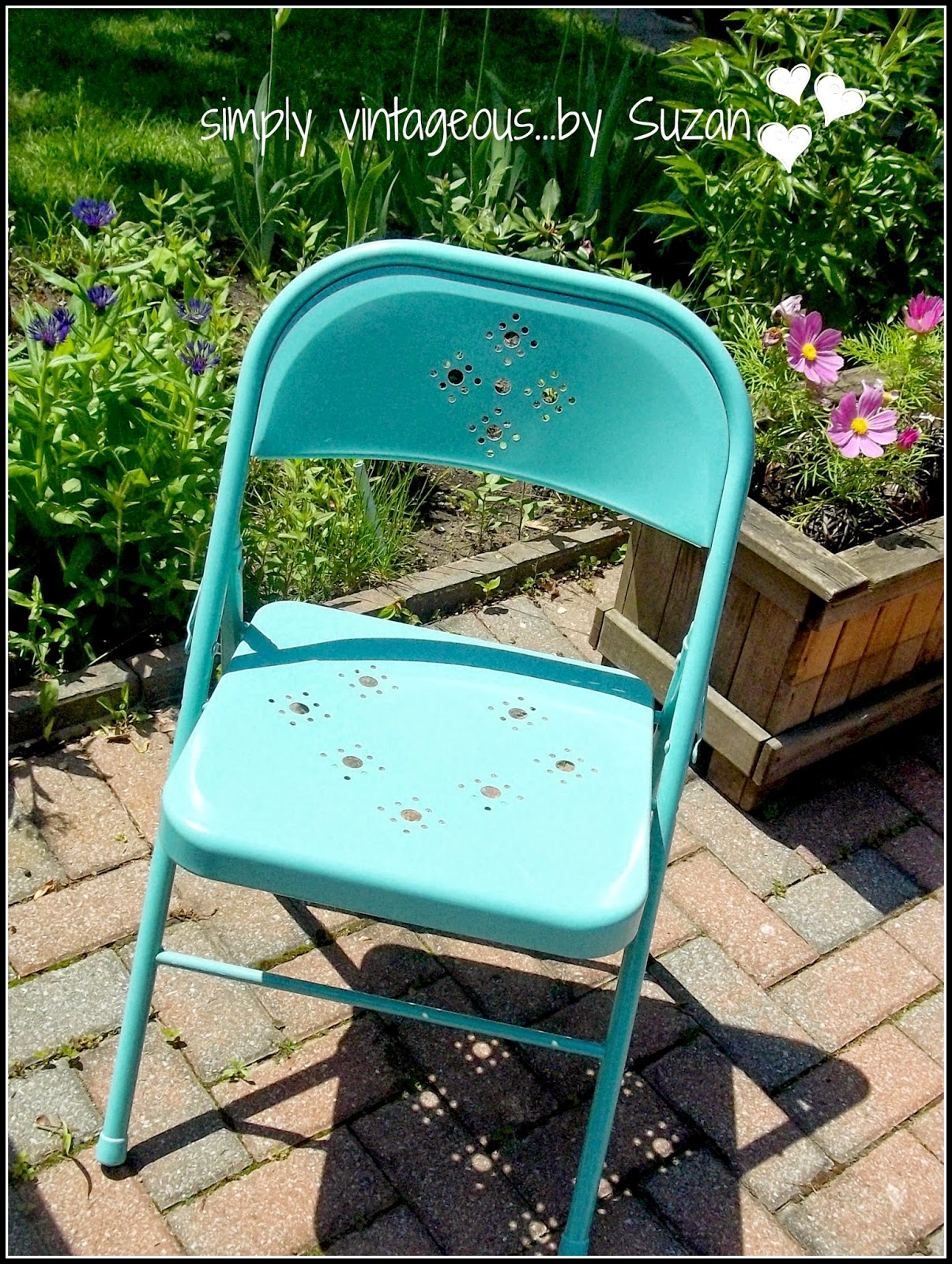 I was missing the chairs for that little table ( think I gave them away ages ago ) so when I saw these ( only 2 of them left ) I jumped all over them :)

I love the cut out detail on them 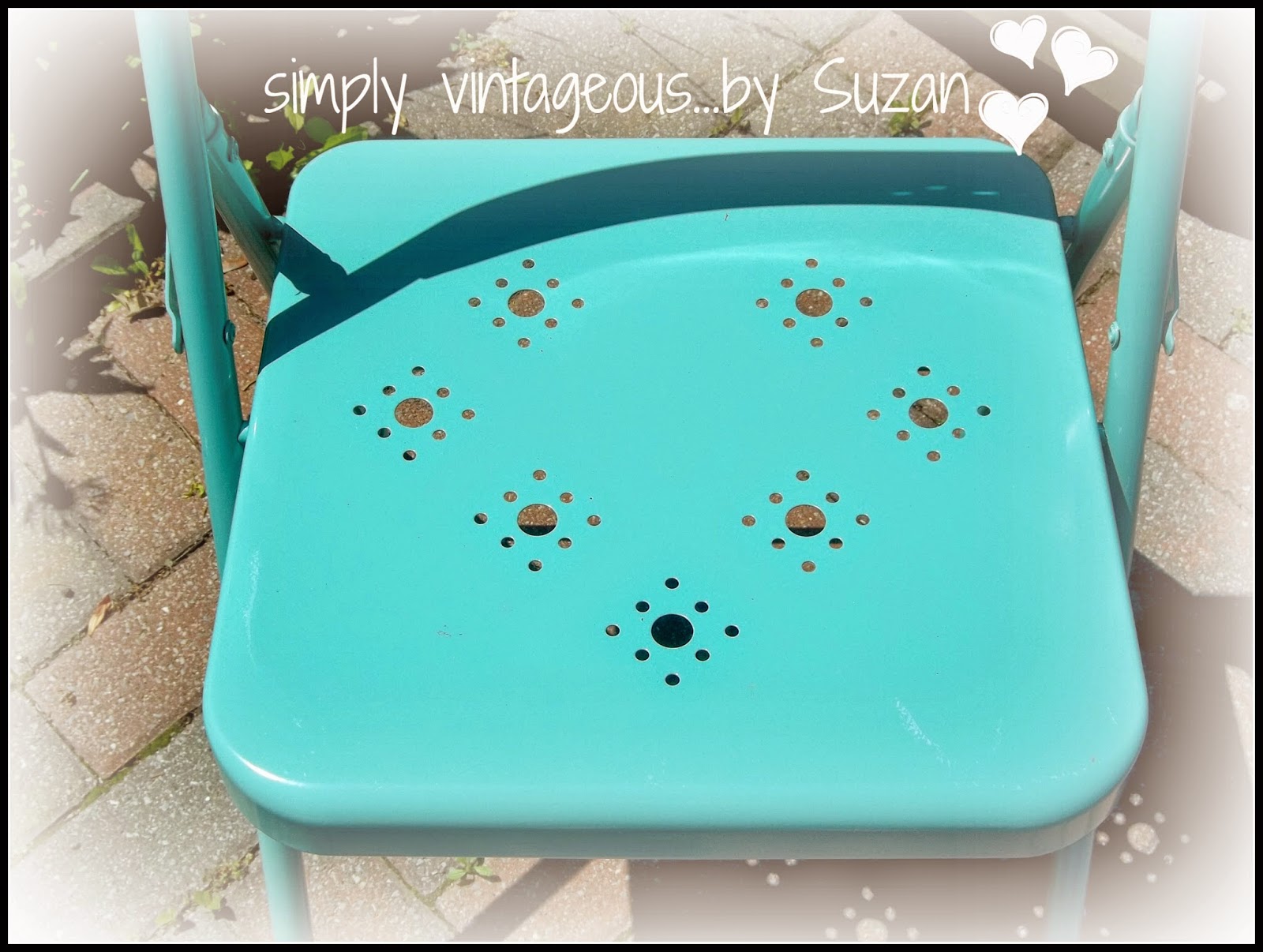 Suzan says - I hope they rust up sitting outside
John says - Excuse me?
Suzan says - I want them to get a little rust on them - turquoise and rust are so perfect together
John says - That's the most ridiculous thing you've said this week

Want to see the difference a week or 2 can make? 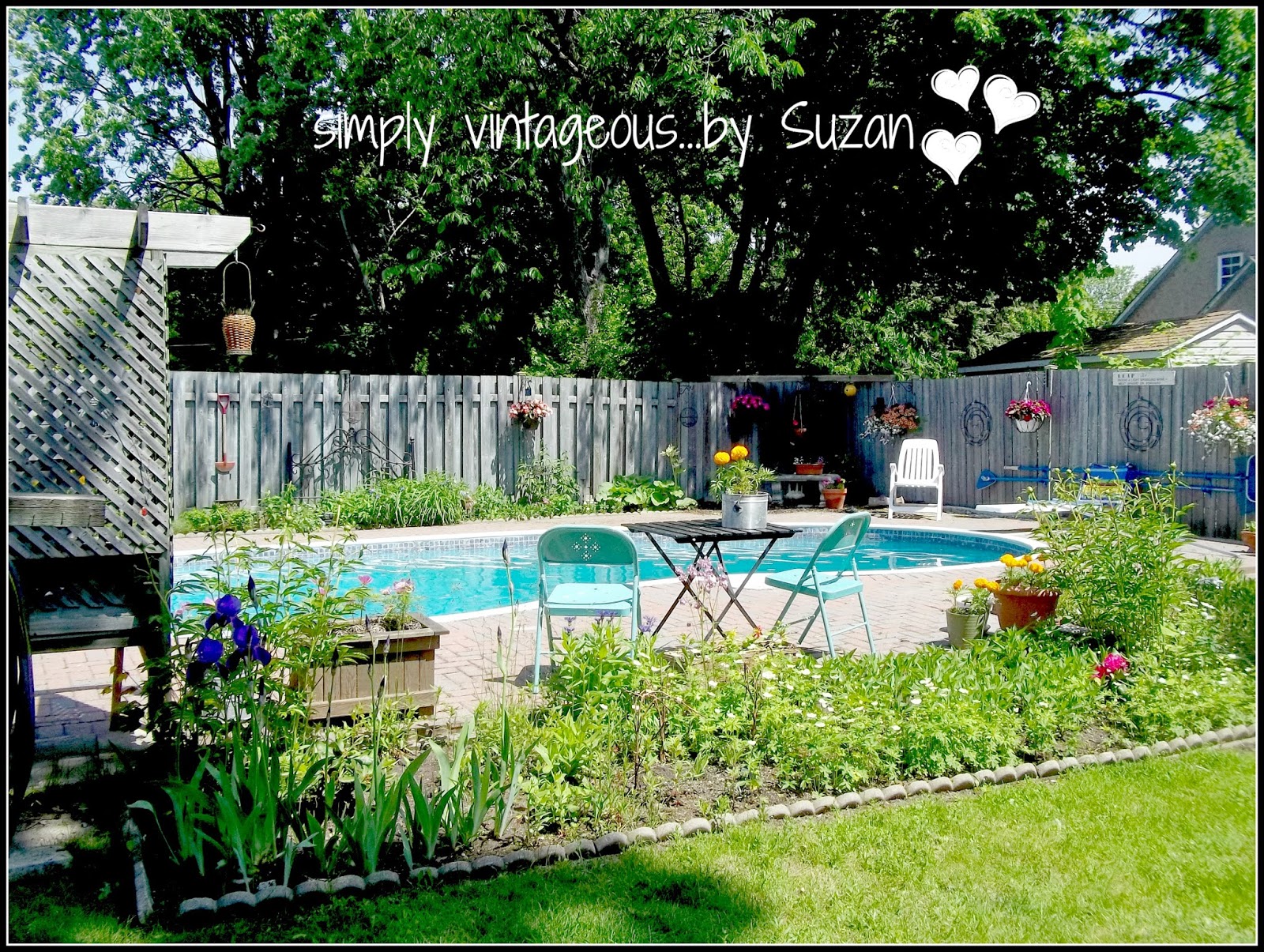 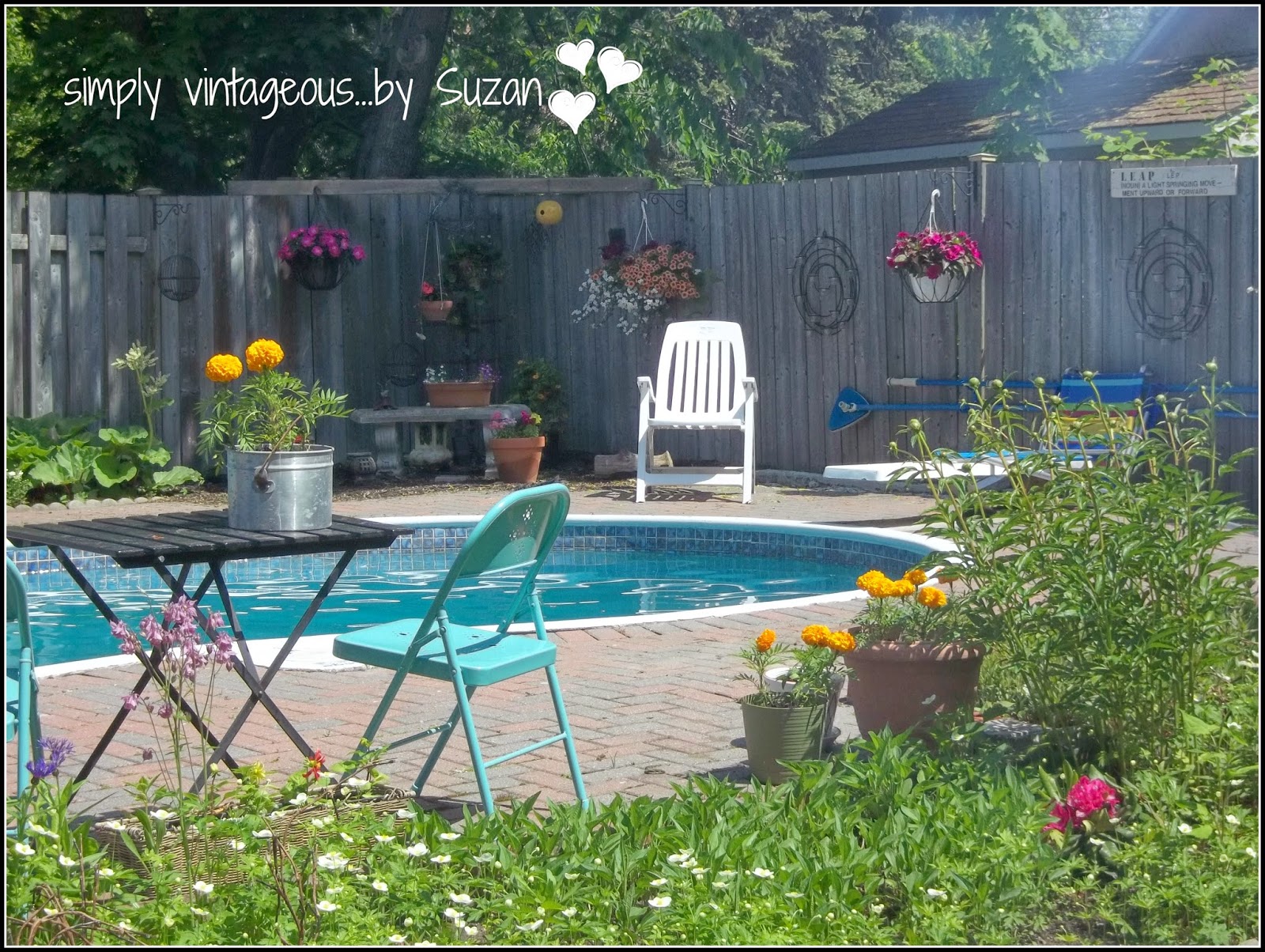 Do you see that white chair in the background?

John went out to pick up the paper on the weekend and passed by a garage sale and bought 5 of those chairs for 25.00 - 5.00 each -  he LOVES them because they recline all the way back

Soda's seat matches everything too don't you know? 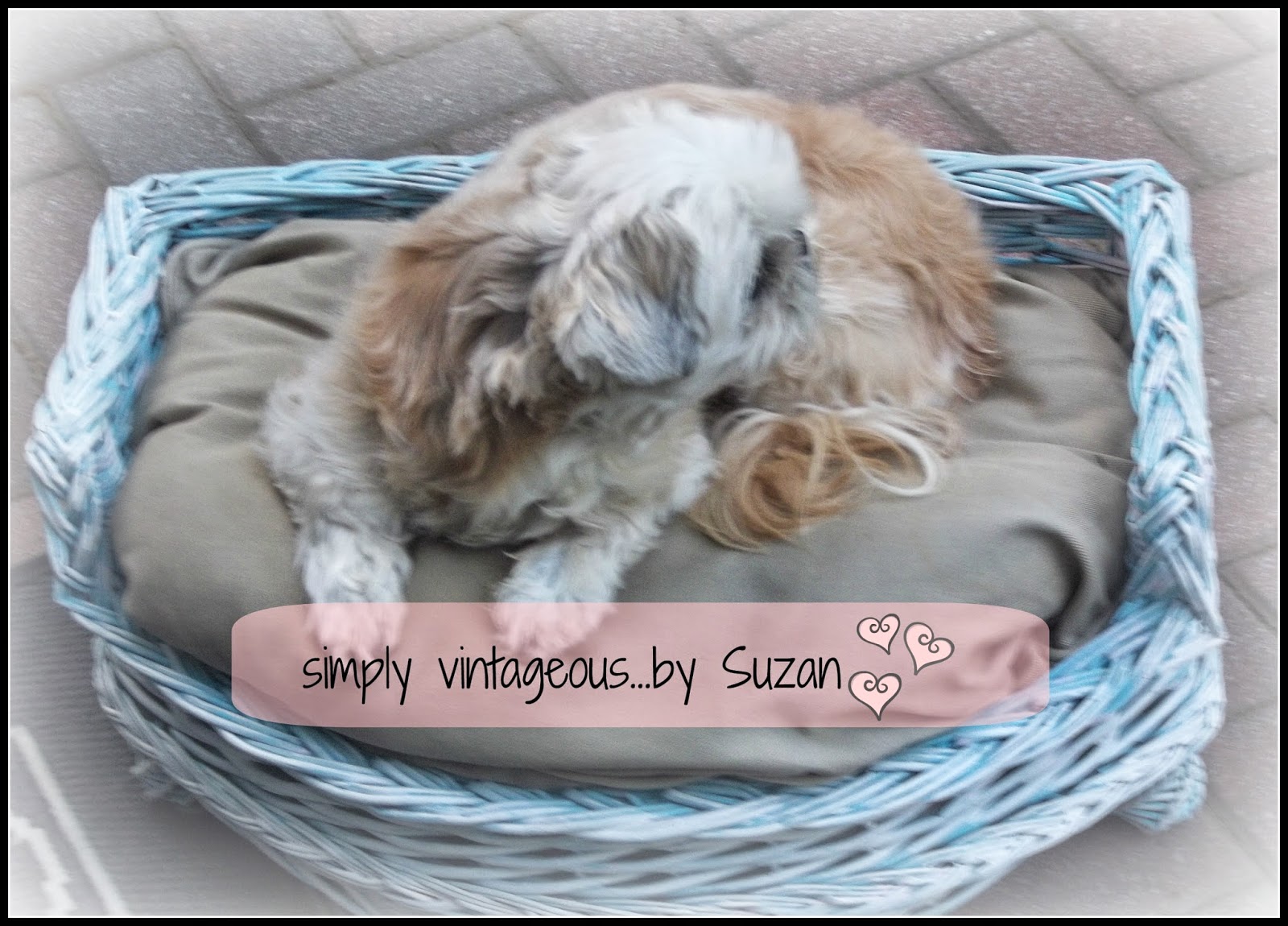 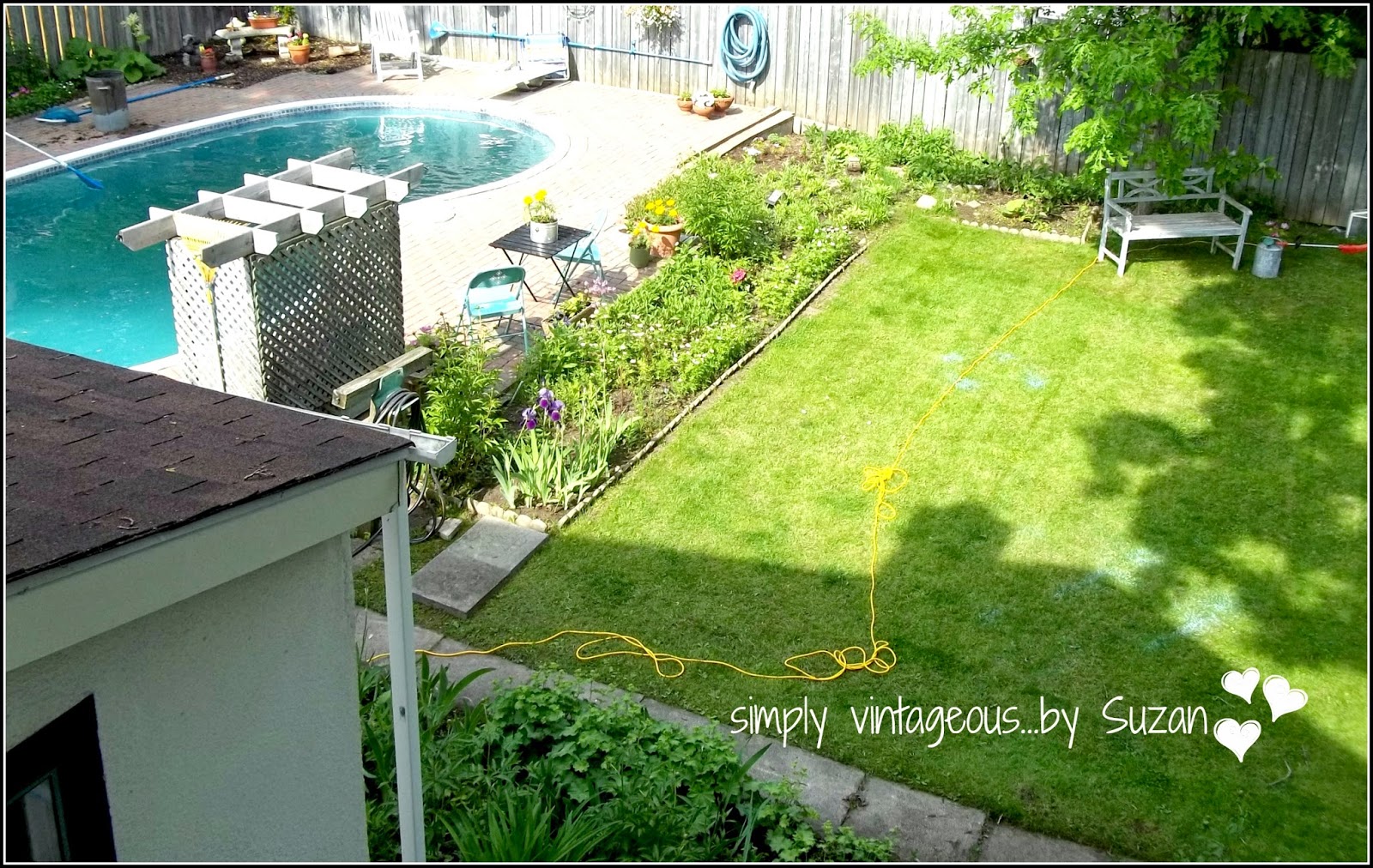 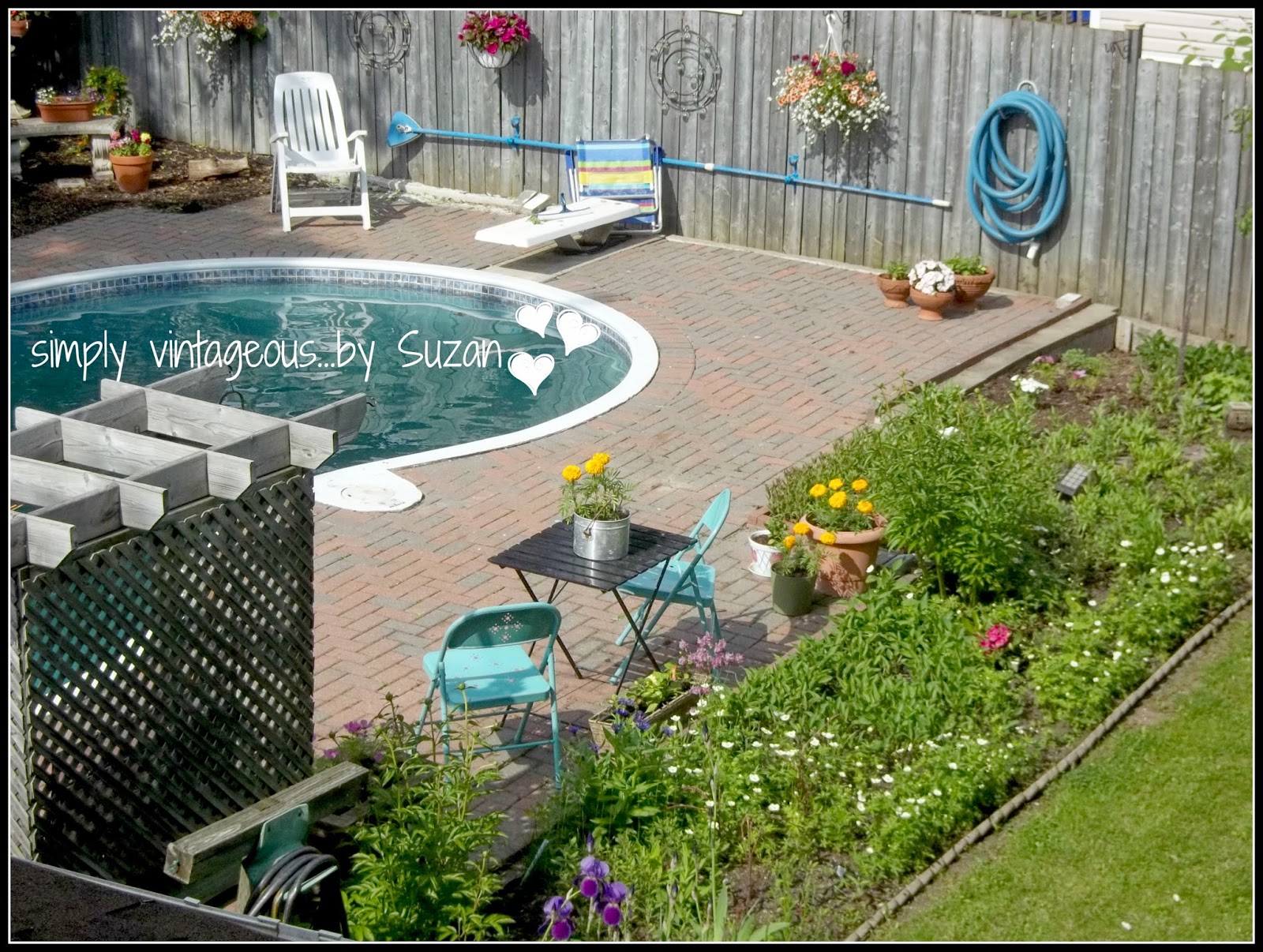 Then I run downstairs - put the kettle on - and run outside ( like a kid on Christmas morning, seriously )
If you're looking for me I'll be sitting here. 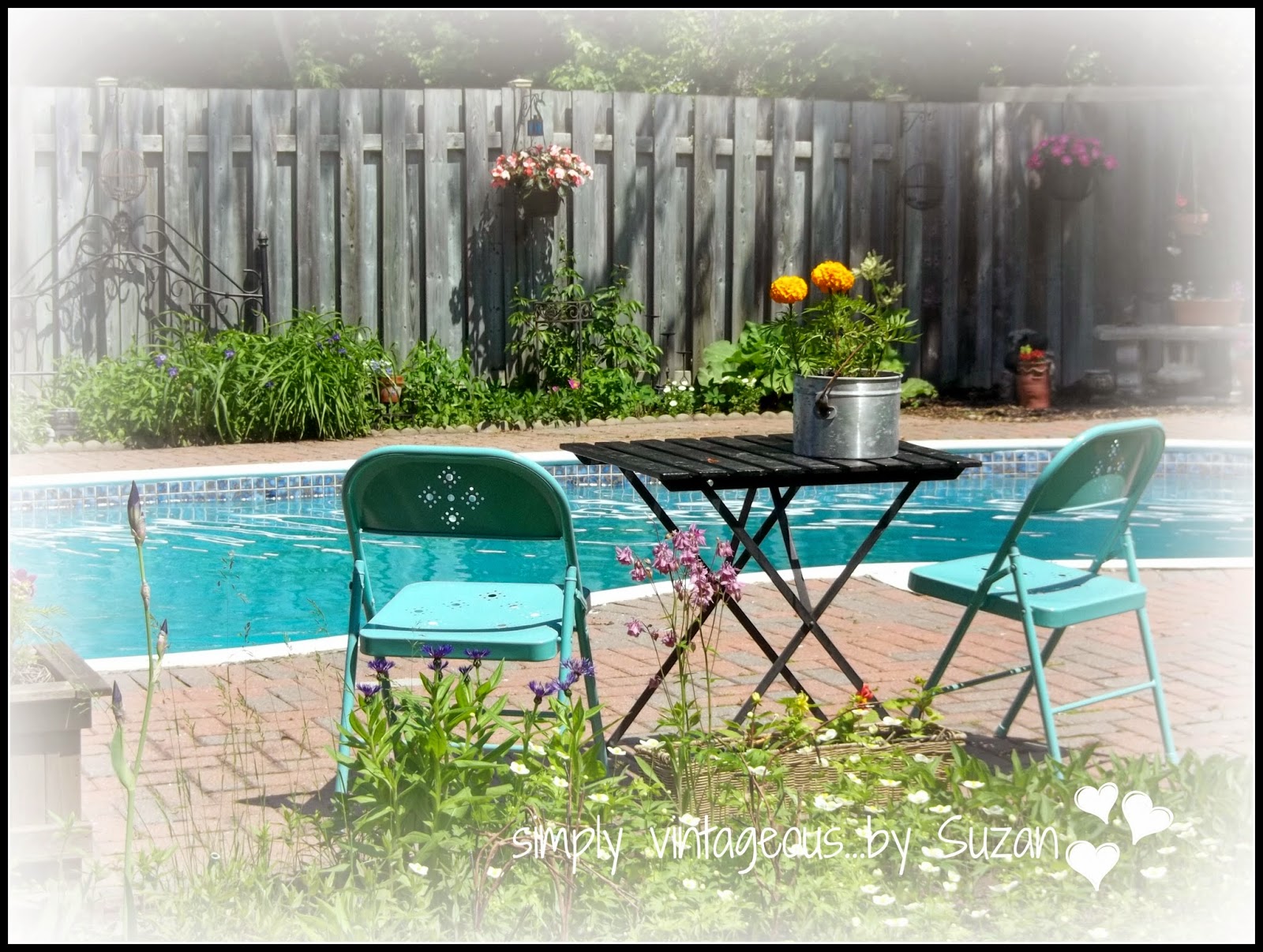 and gazing at this 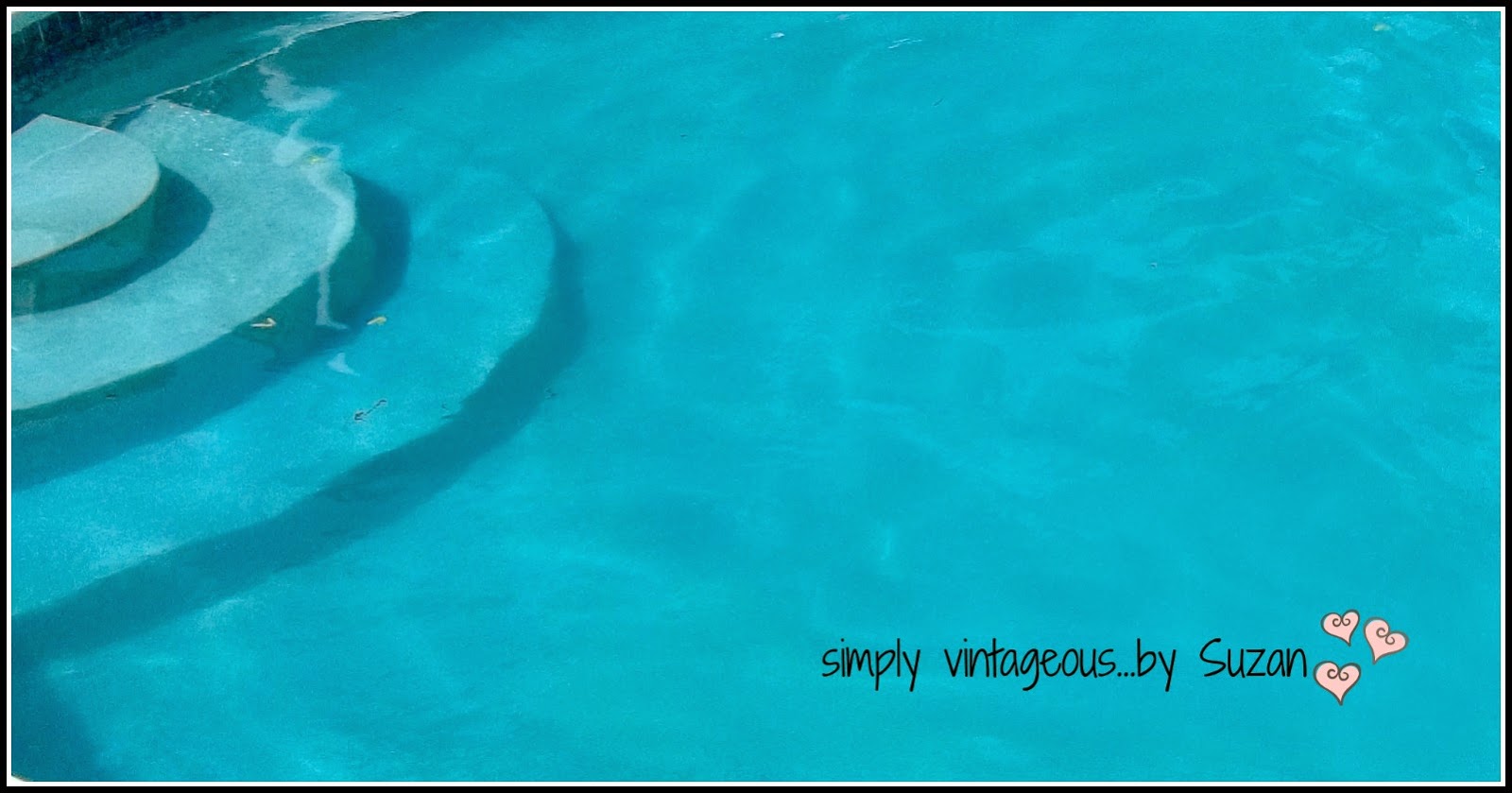 which is so close to being done I can taste it ( but I won't because it would taste like chlorine )
I've only ever had above ground pools - this seems so luxurious to me ( with a house that's literally falling apart in the background LMHO ) but if I sit at a certain angle and concentrate really hard - than this is all I see - not bad for a break in reno's, right?

Ok everyone - get to Target - there are chairs with your name on them !!!
And I know you must be sick of seeing my outside by now - so I promise - cross my heart and hope to die that I will have a makeover on Thursday...................and I'm going to look for the most special of special
IWLTW's tomorrow