Adding Planks to a Kitchen Table 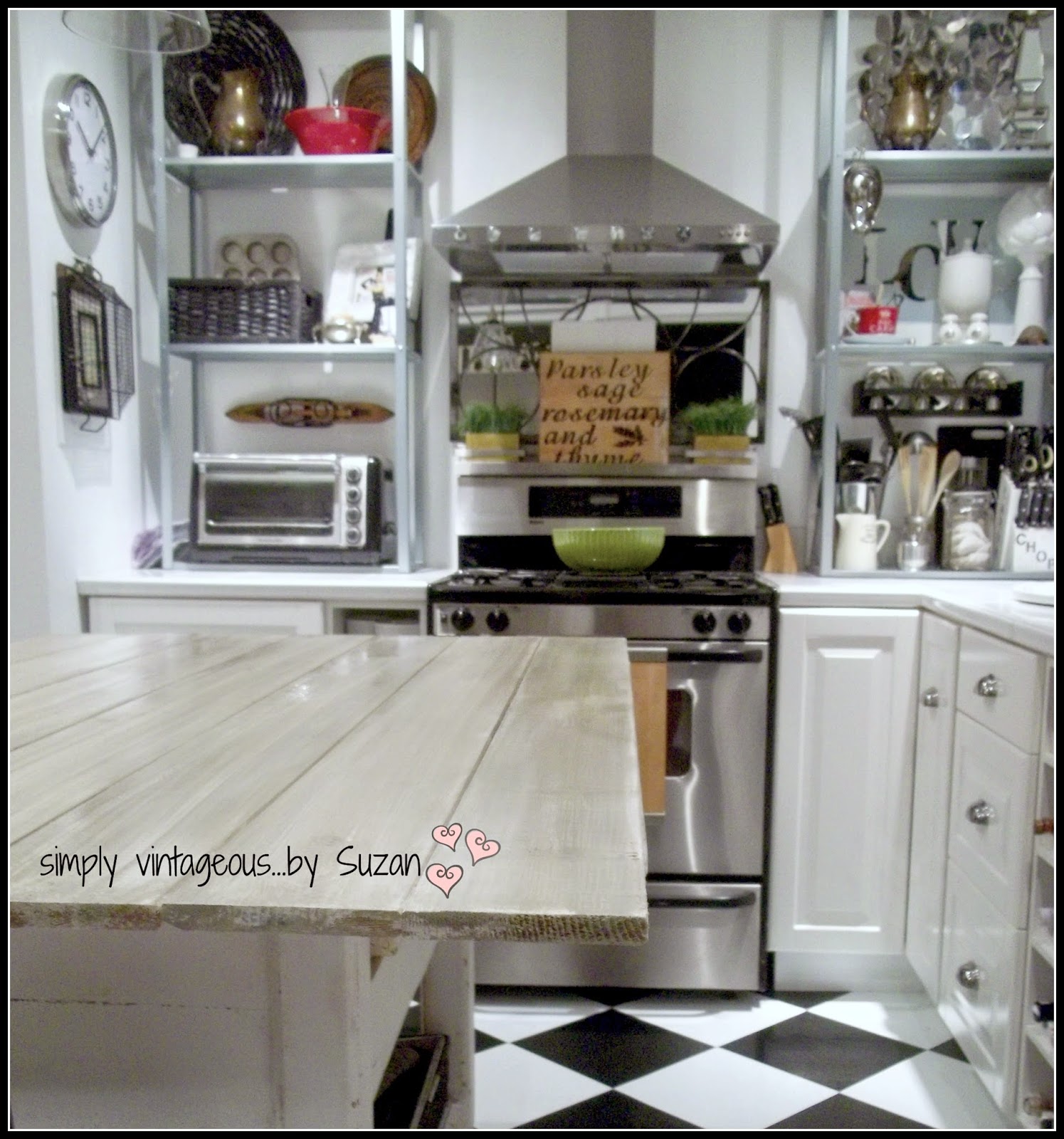 It rained cats and dogs here yesterday - and when it does that - for some reason my brain starts getting a little creative...............( think of trying to entertain a child on a rainy day - ain't easy )

Smack in the middle of working on the plank wall - ( because I seem to have a huge problem with finishing anything lately ) another idea was born................what if I took my little farmhouse table ( which does in fact open up to double the size in the photo below - you can see that post HERE ) and added planks to the top to make it even bigger - a real " work station " type of top? 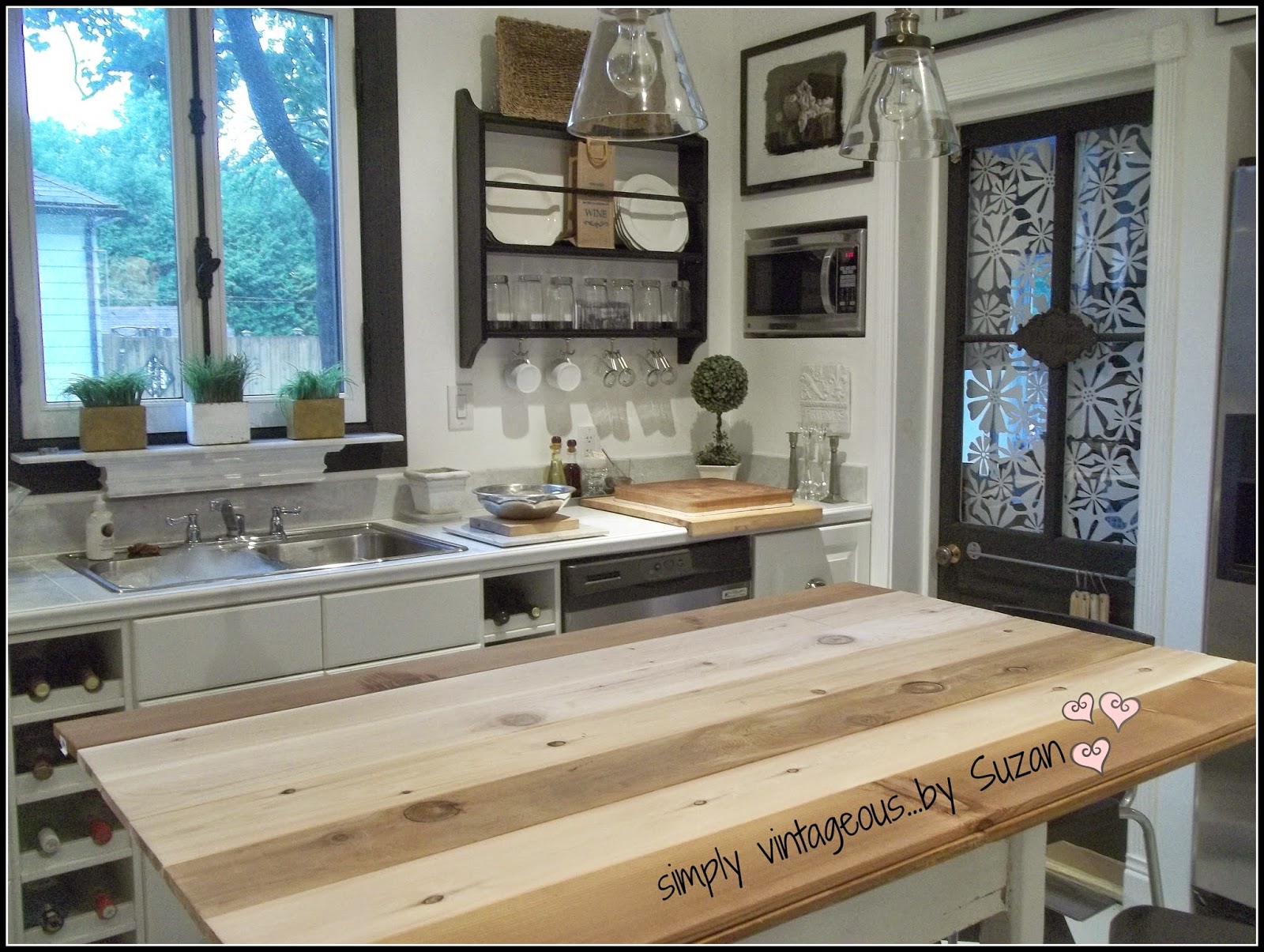 I have a thinking ( SHOWER ) cap that I keep in the linen closet - ( you can actually see me wearing it HERE ) I sometimes use it when I'm painting - seriously - especially if I'm painting a tall piece where paint may end up on my hair -  but it also works for thinking strangely enough - and within minutes I had a plan ( because I'm nothing - absolutely nothing - if not determined.

Suzan says - What if I had a way where the original top would not be affected at all?
John says - Well that's impossible - how are you going to stop the piece from sliding all over the place without screwing it into the wood?
Suzan says - LIKE THIS !!!!!!!!!!!!!!!!!! 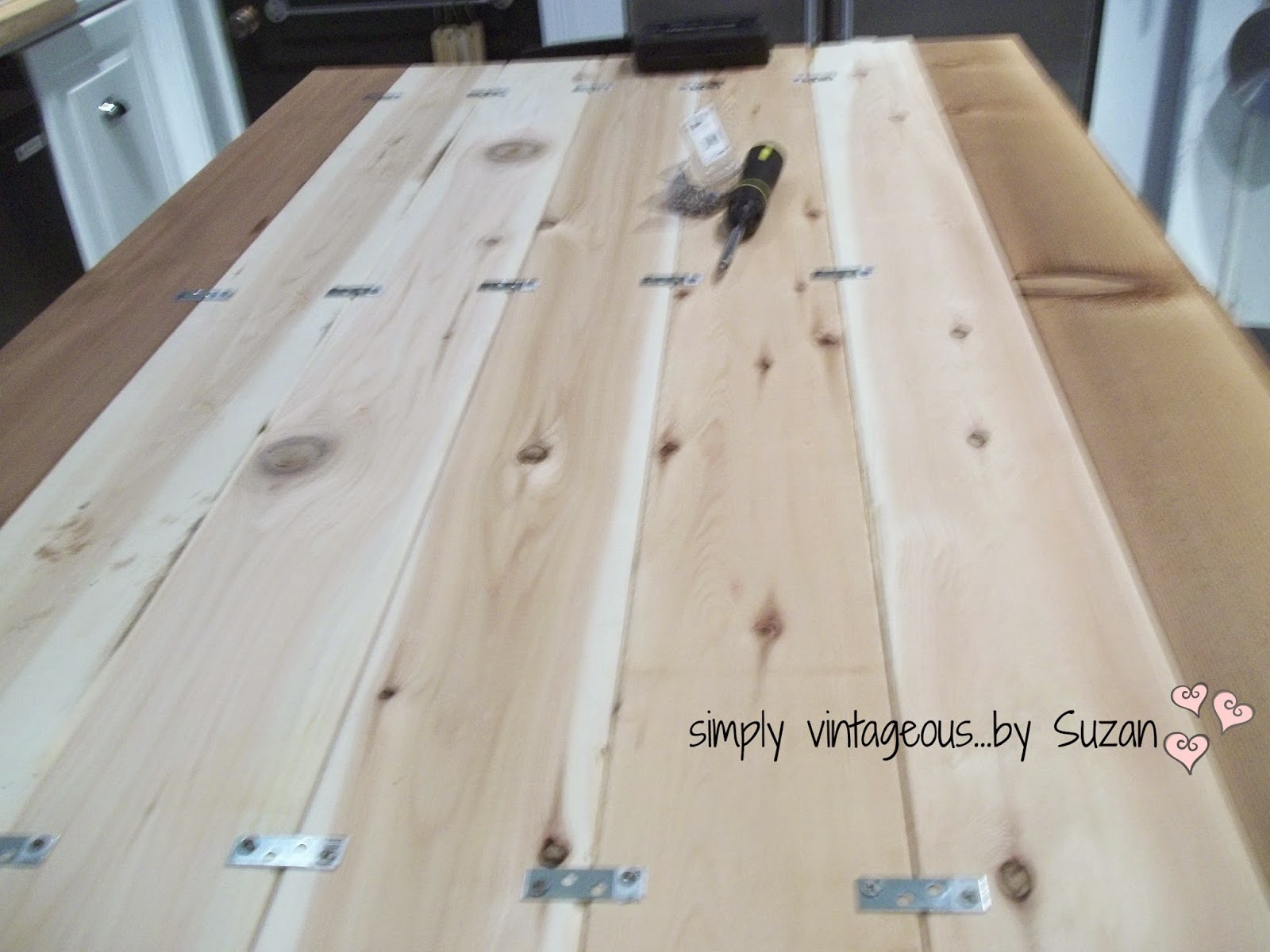 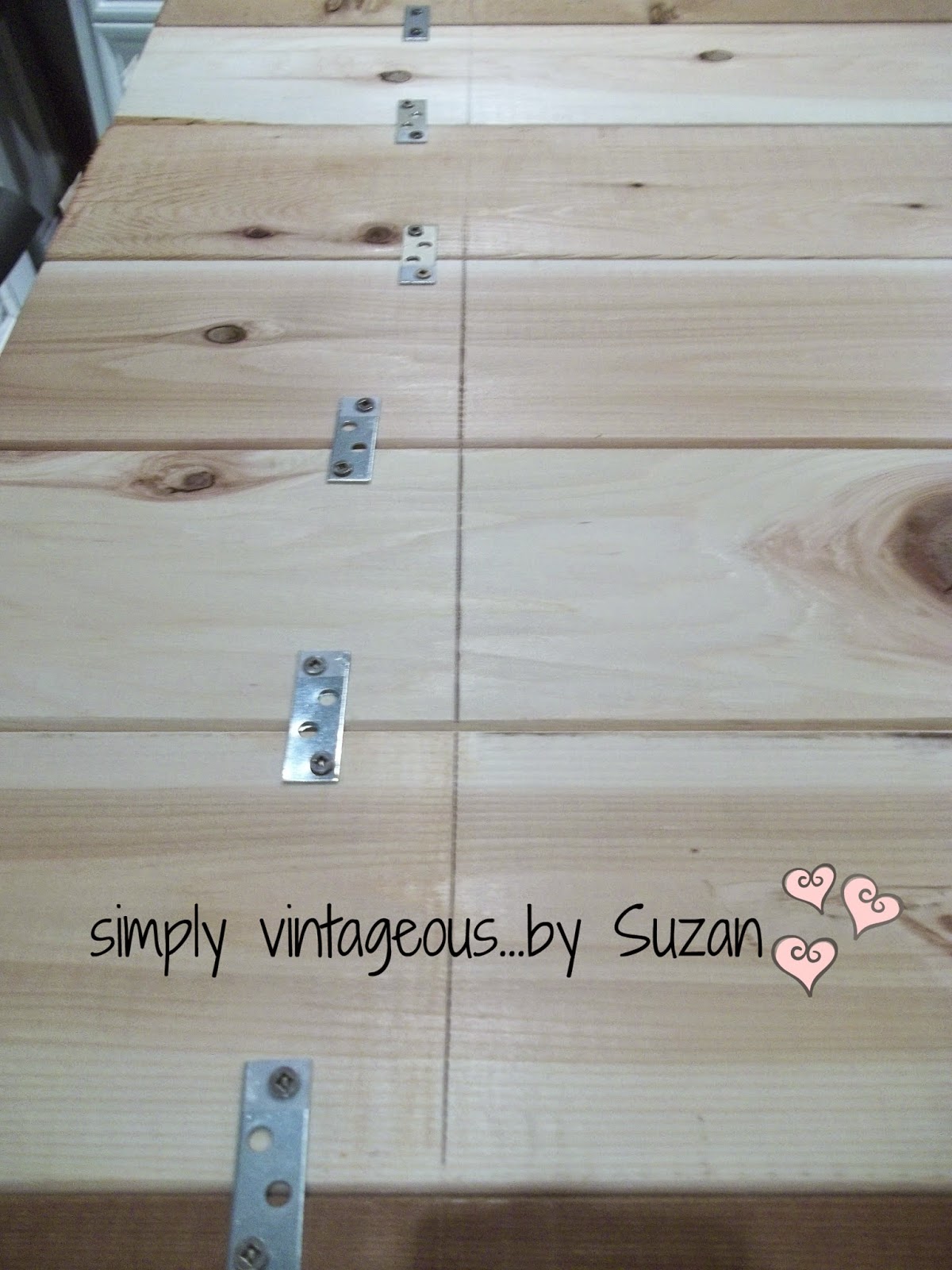 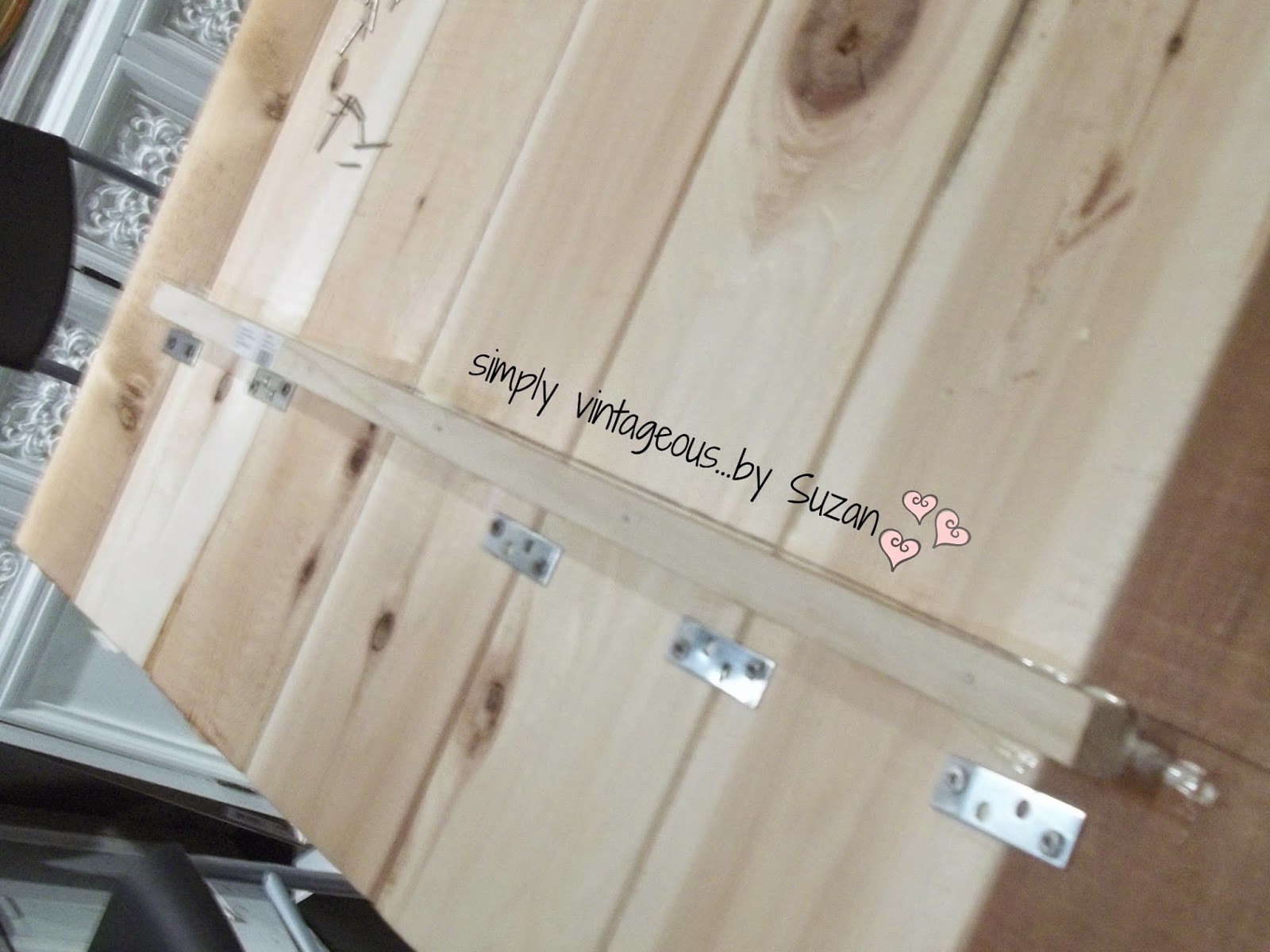 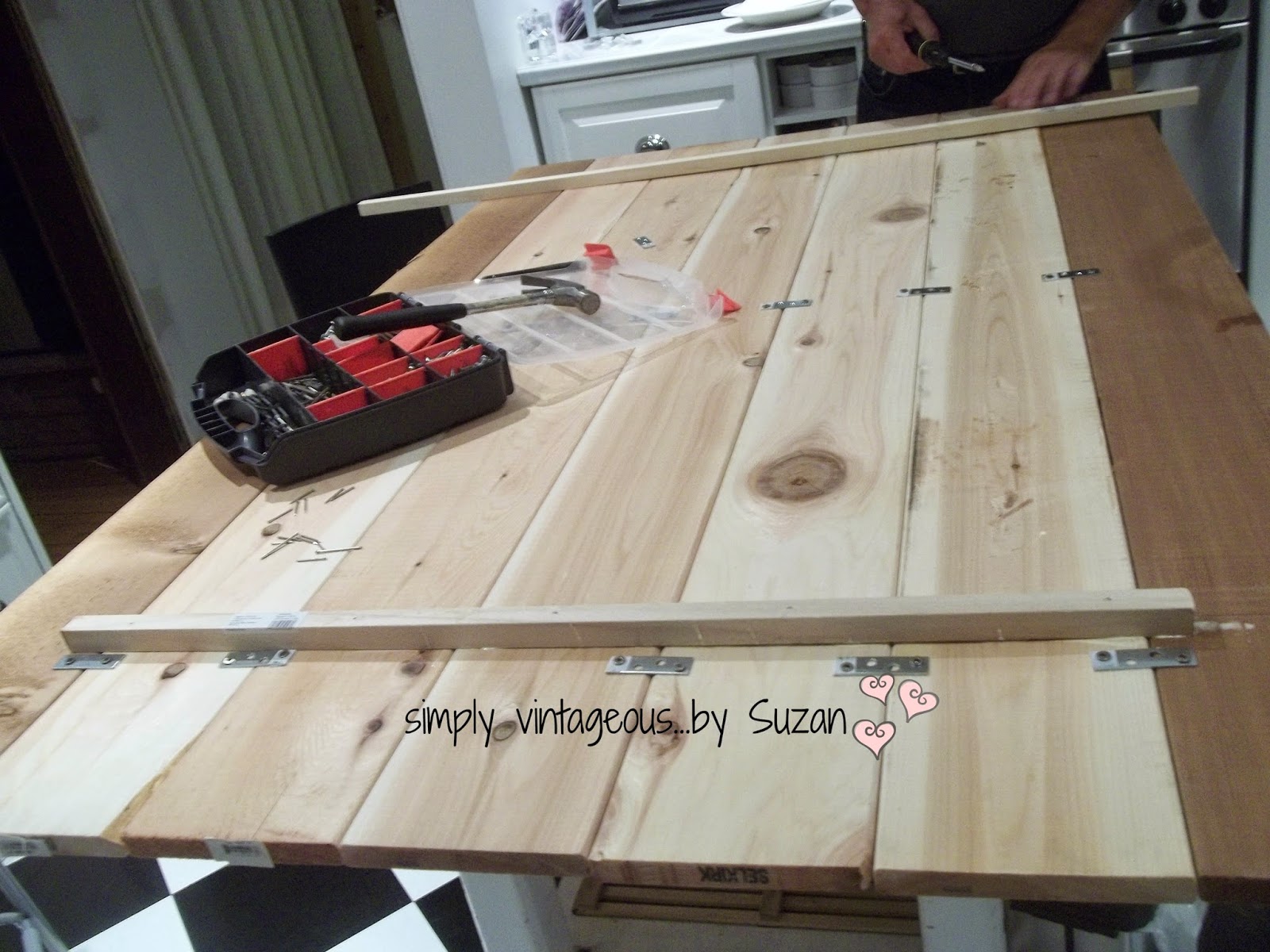 Ideally we would have put molding on all 4 sides - but I couldn't afford the space it would take to make the table larger in depth - only length - but a piece of anti slip rubber ( like you use under carpets ) will hold it perfectly.
This is how it looks underneath - locking it in 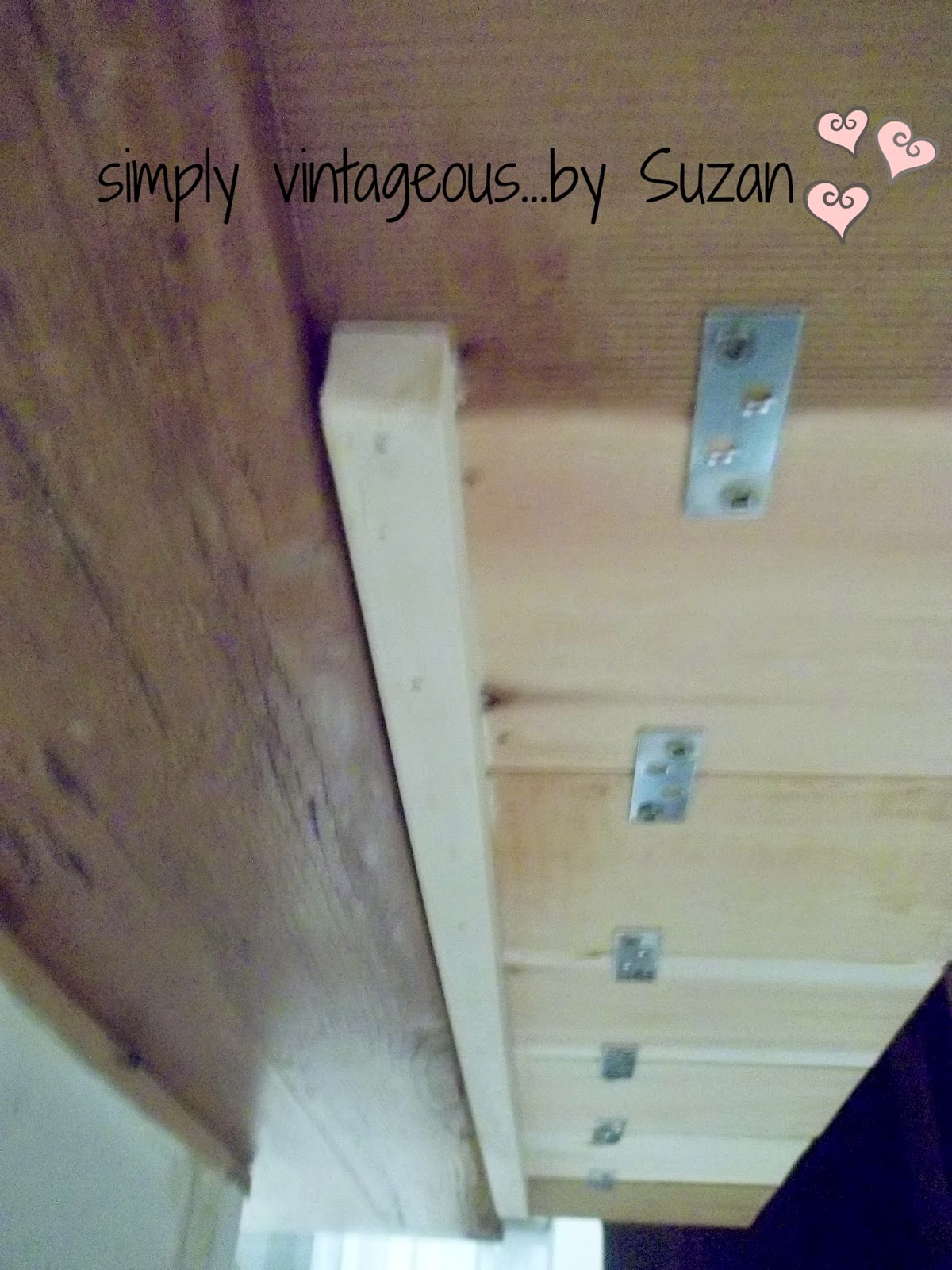 Next I painted the top with ASCP Pure White...............again imperfection is fine - this is only the first step 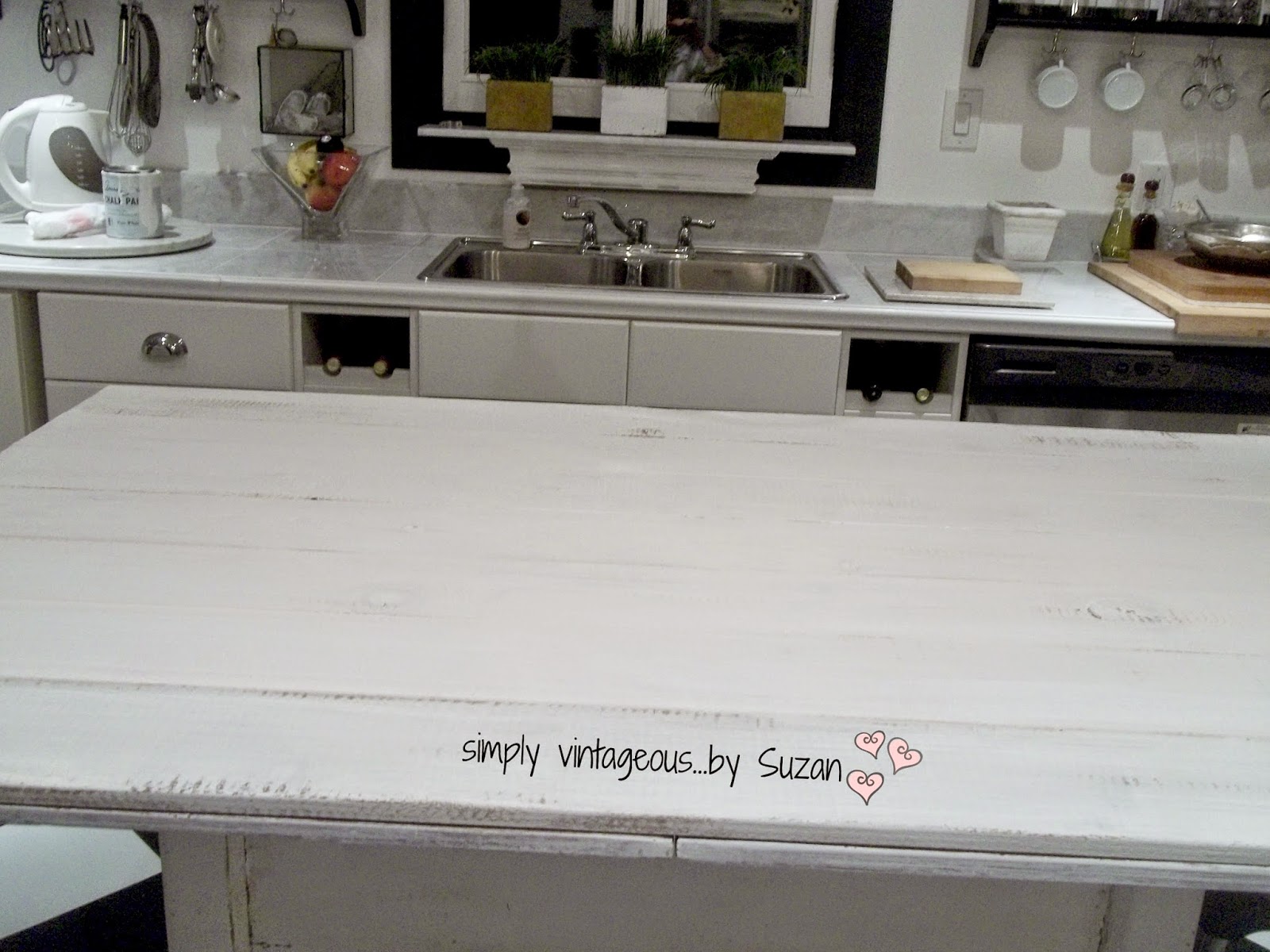 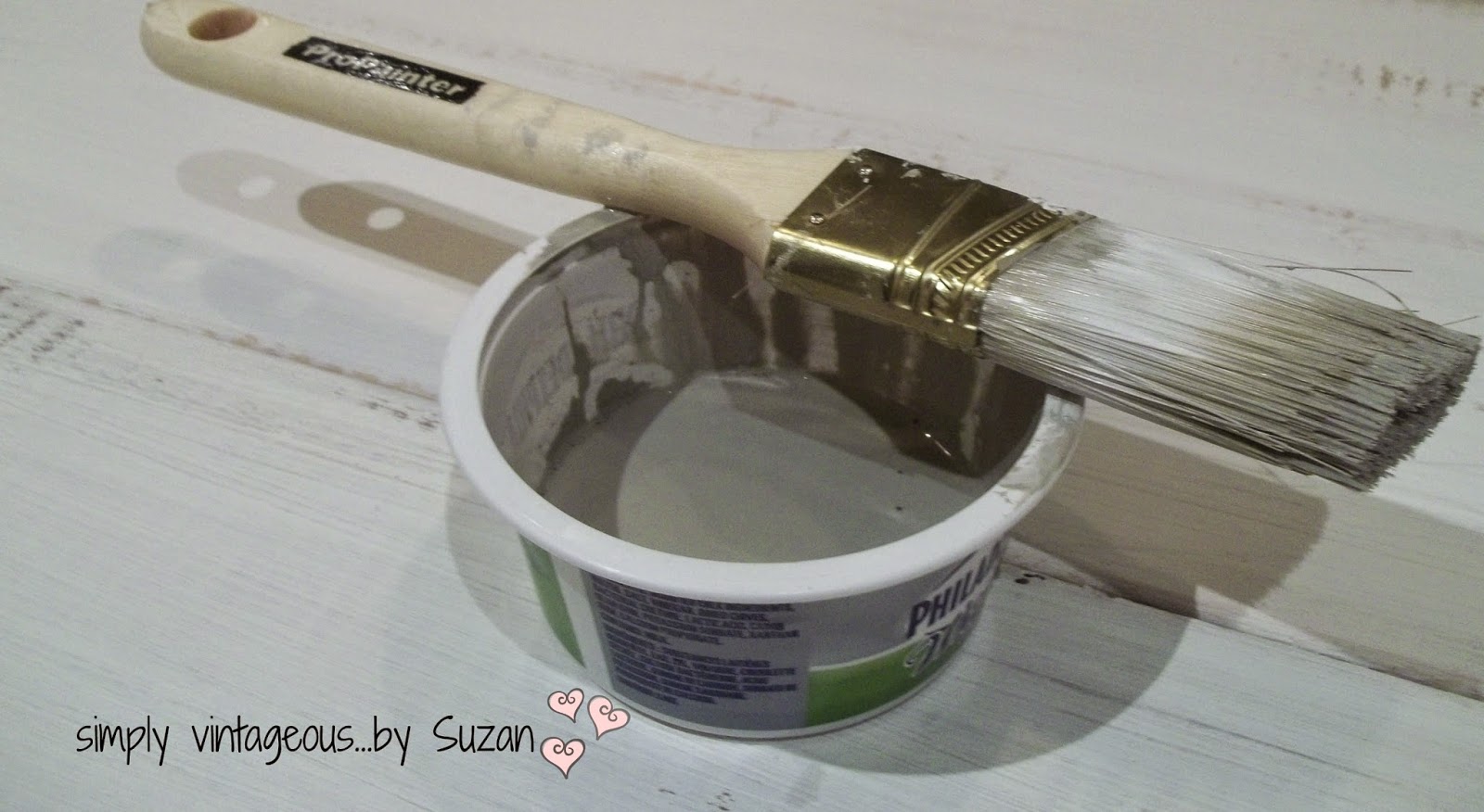 After brushing it on 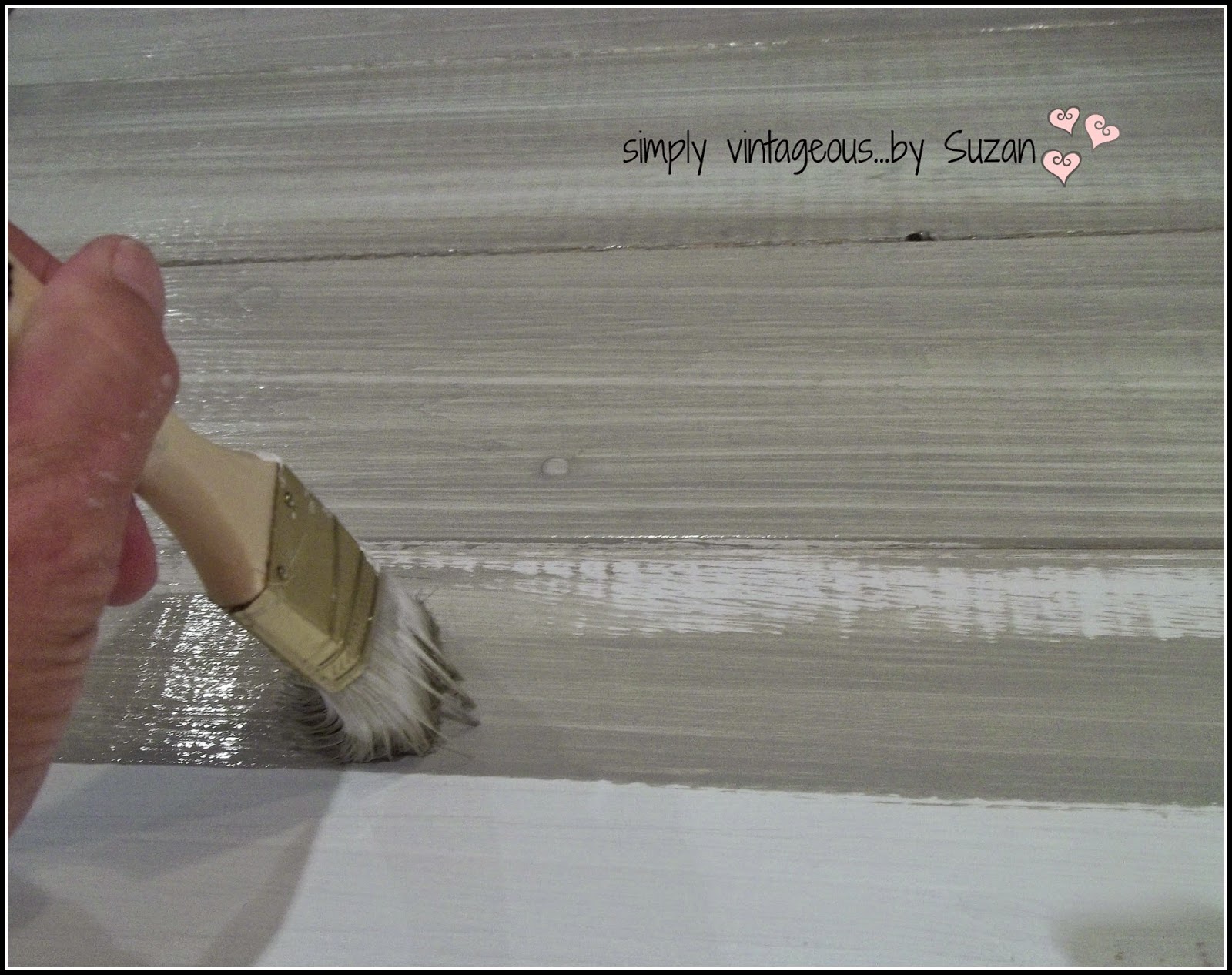 Next - ( and I don't have a photo of this step ) I took a damp cloth and wiped the entire surface.
I'm a very fast painter - if you aren't - this last step should be done in sections because a " wash " dries very quickly. 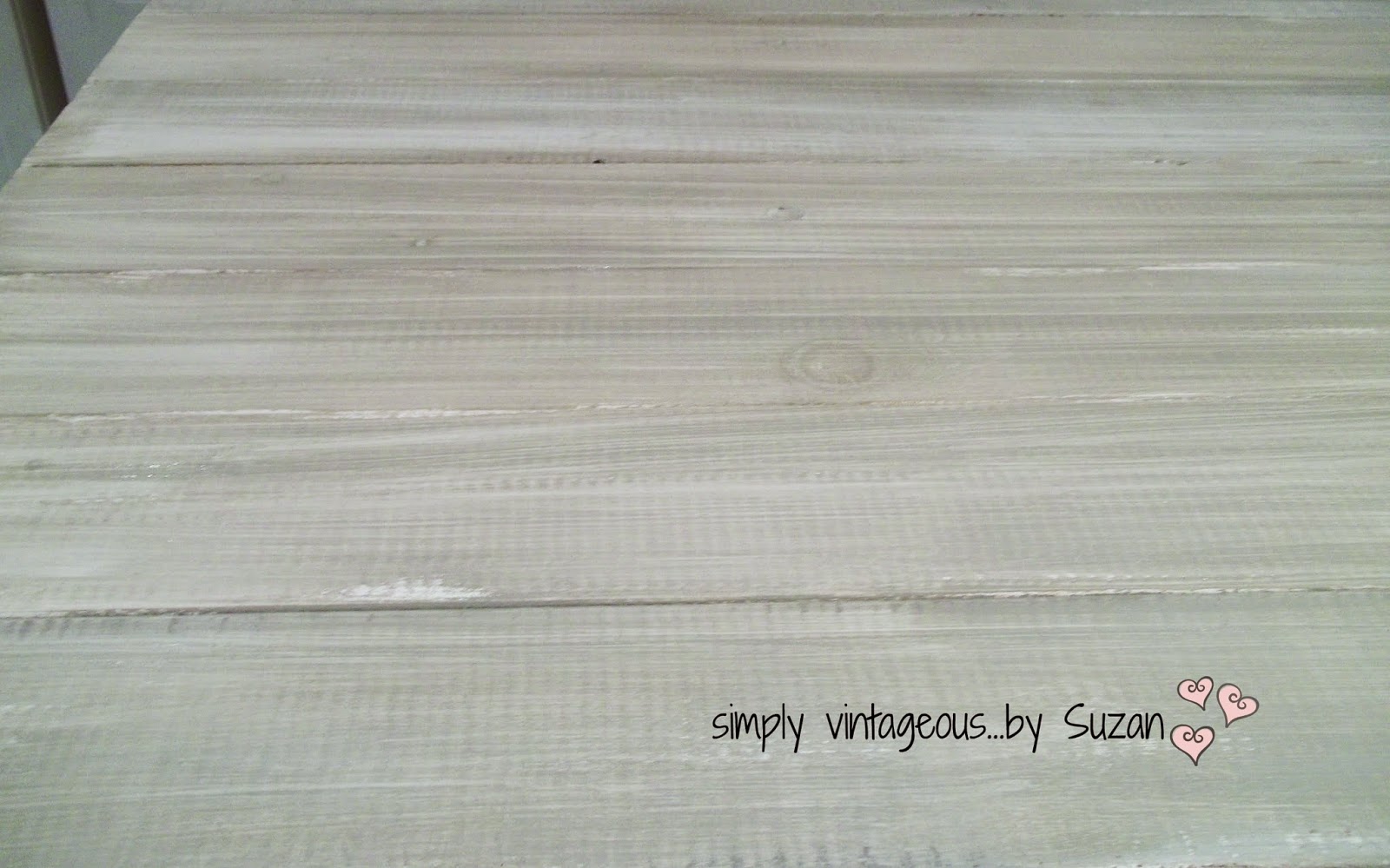 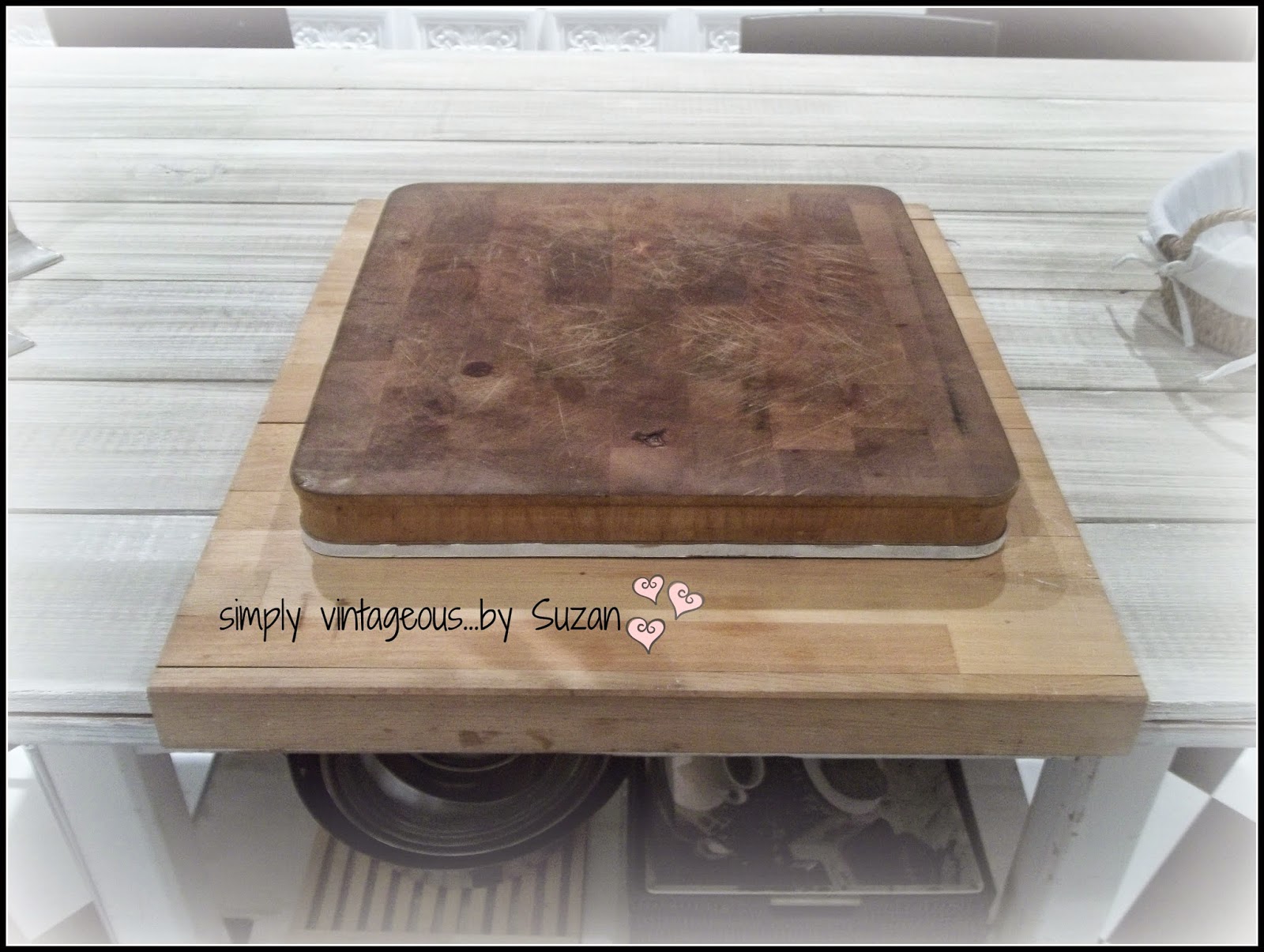 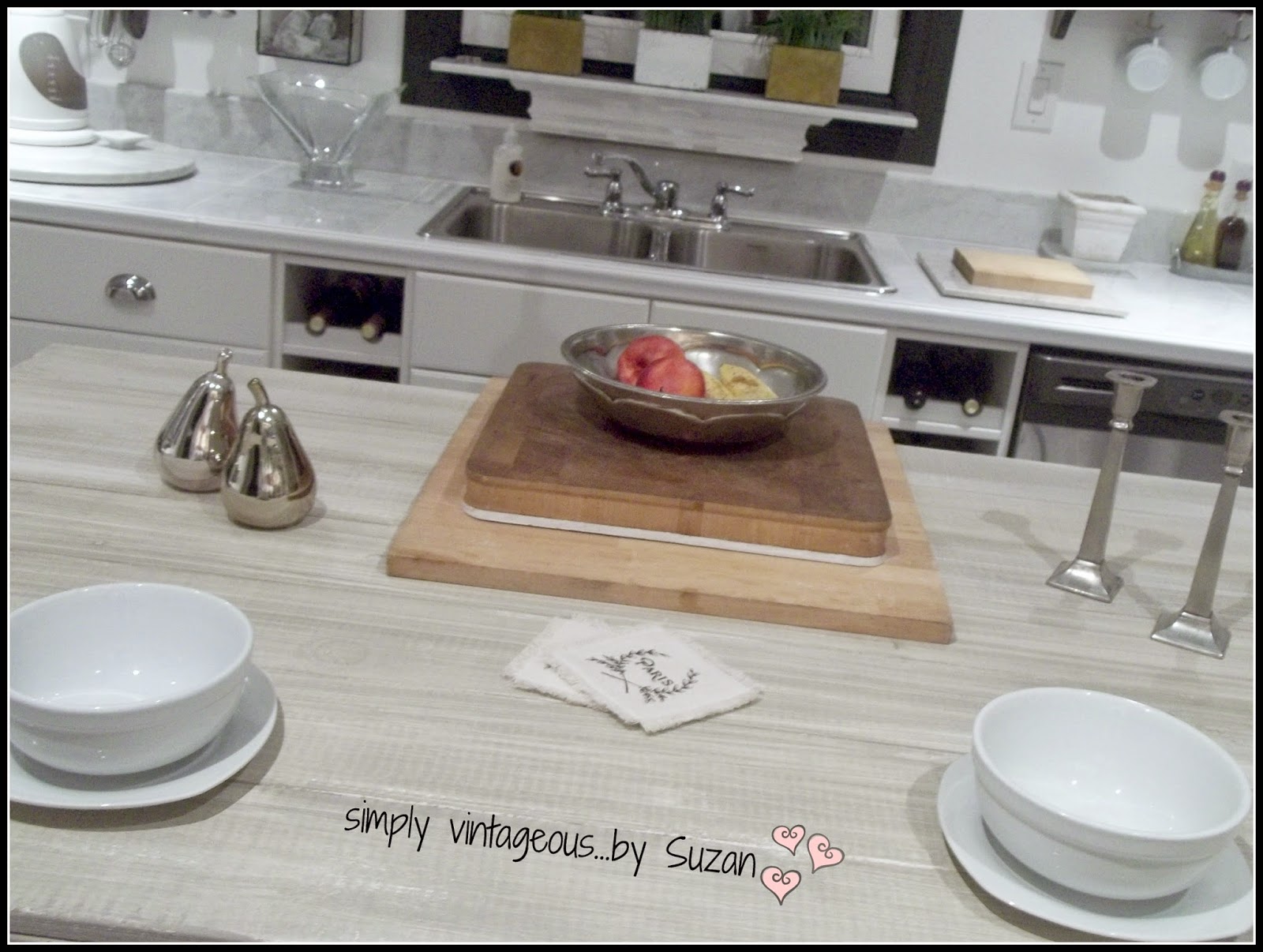 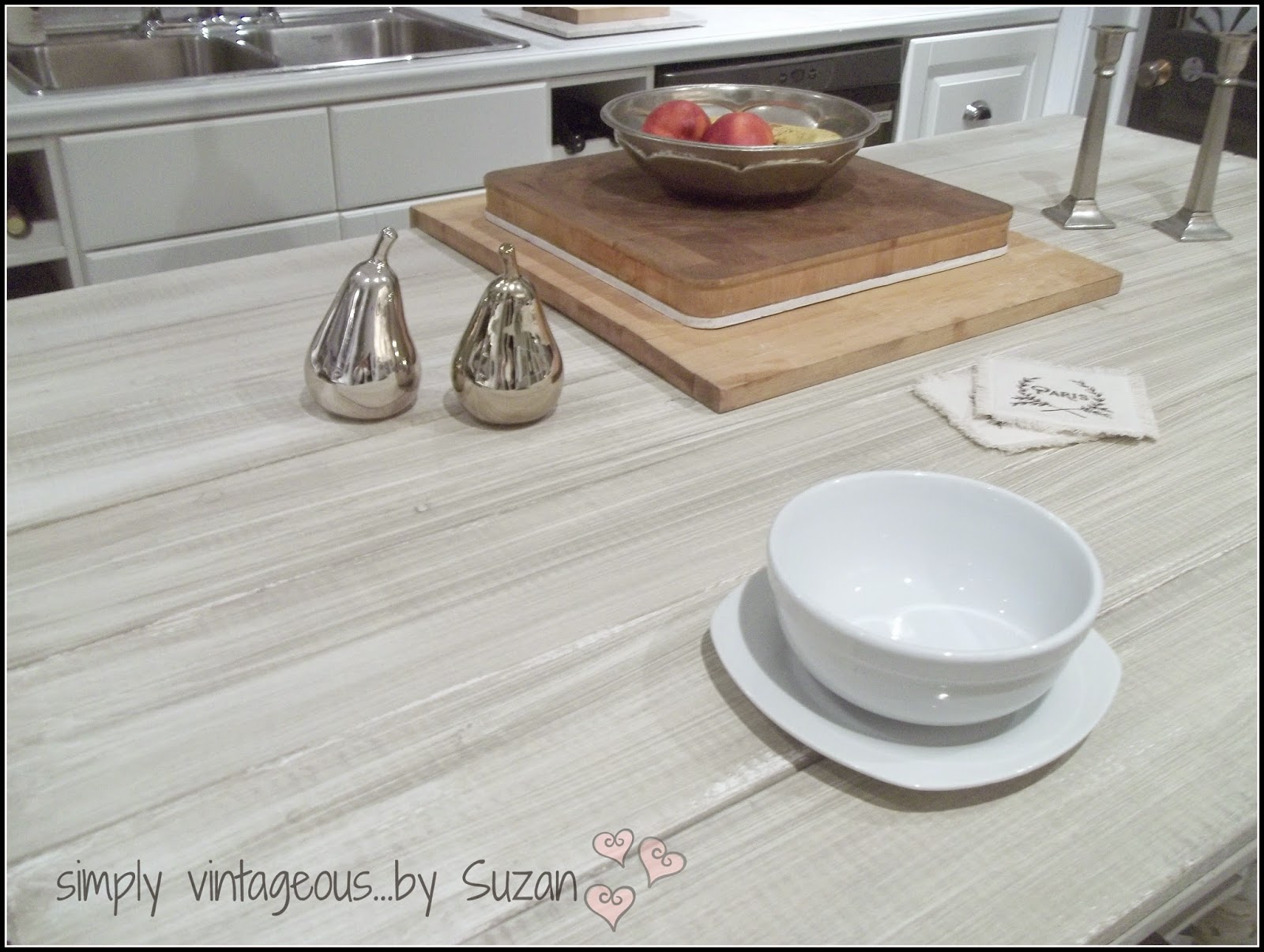 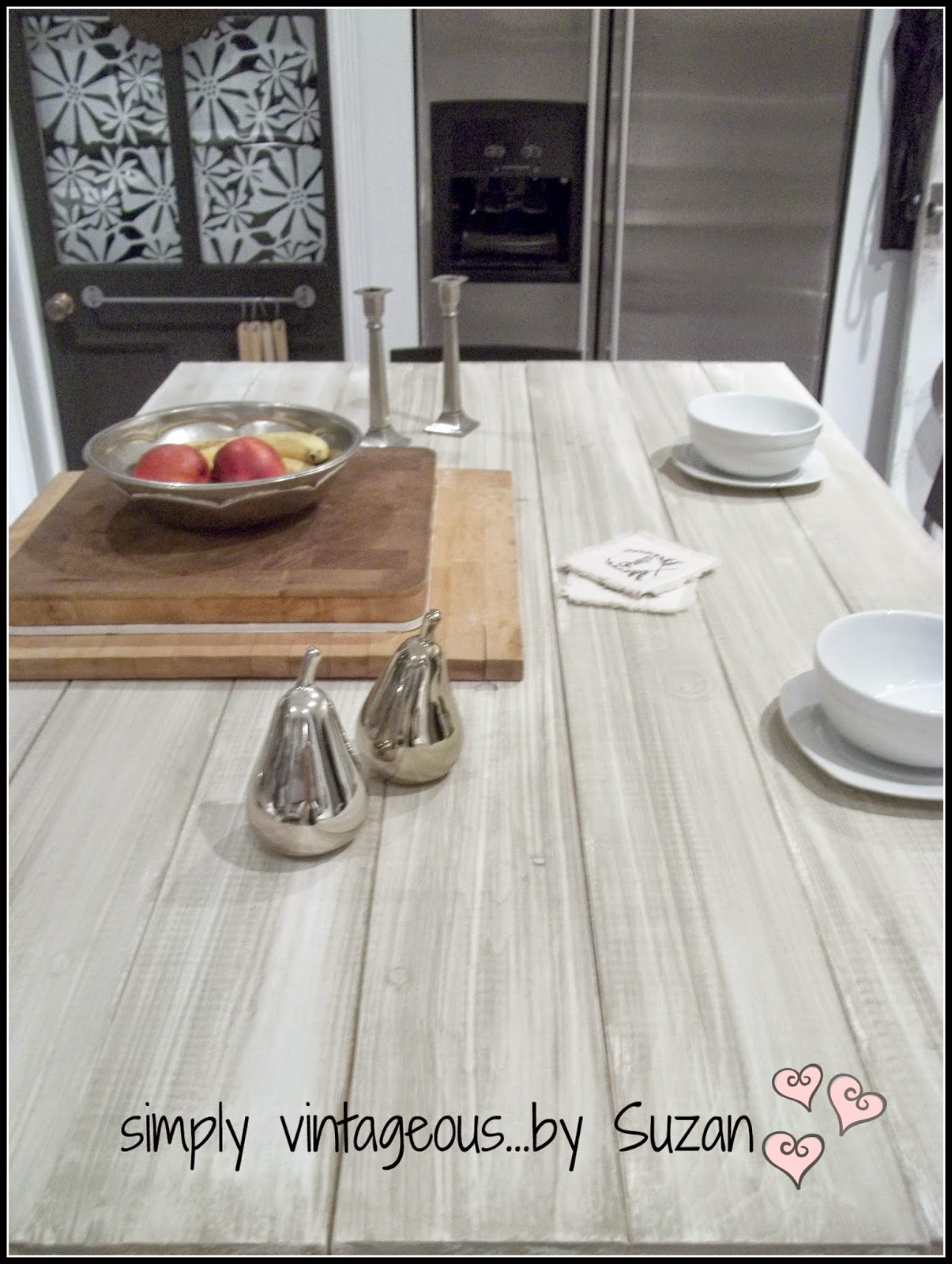 I feel like I should have my own cooking show now !!!

I hurriedly pulled together some accessories

John says - Oh for God's sakes, I don't have time for this nonsense
Suzan says - c'mon - it'll be funny 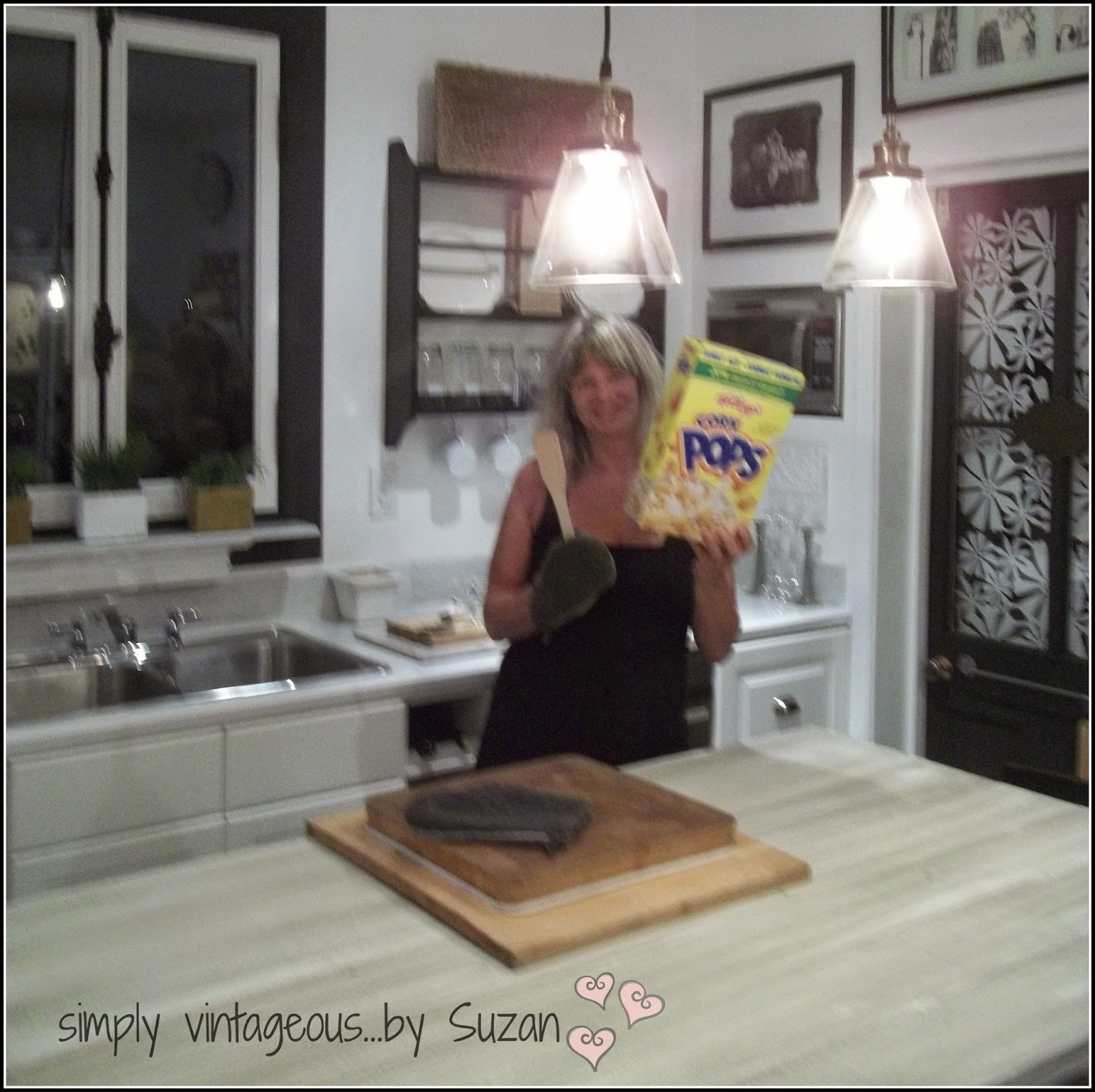 Are you impressed with my planked table idea?
No?  How about if I told you I painted it and white washed it in my favorite  little black dress?
Yes I did - I most certainly did!  ( I like to live on the edge like that )  I used to go dancing till the wee hours when I felt like having fun.  Now I sometimes paint in " good " clothes instead. 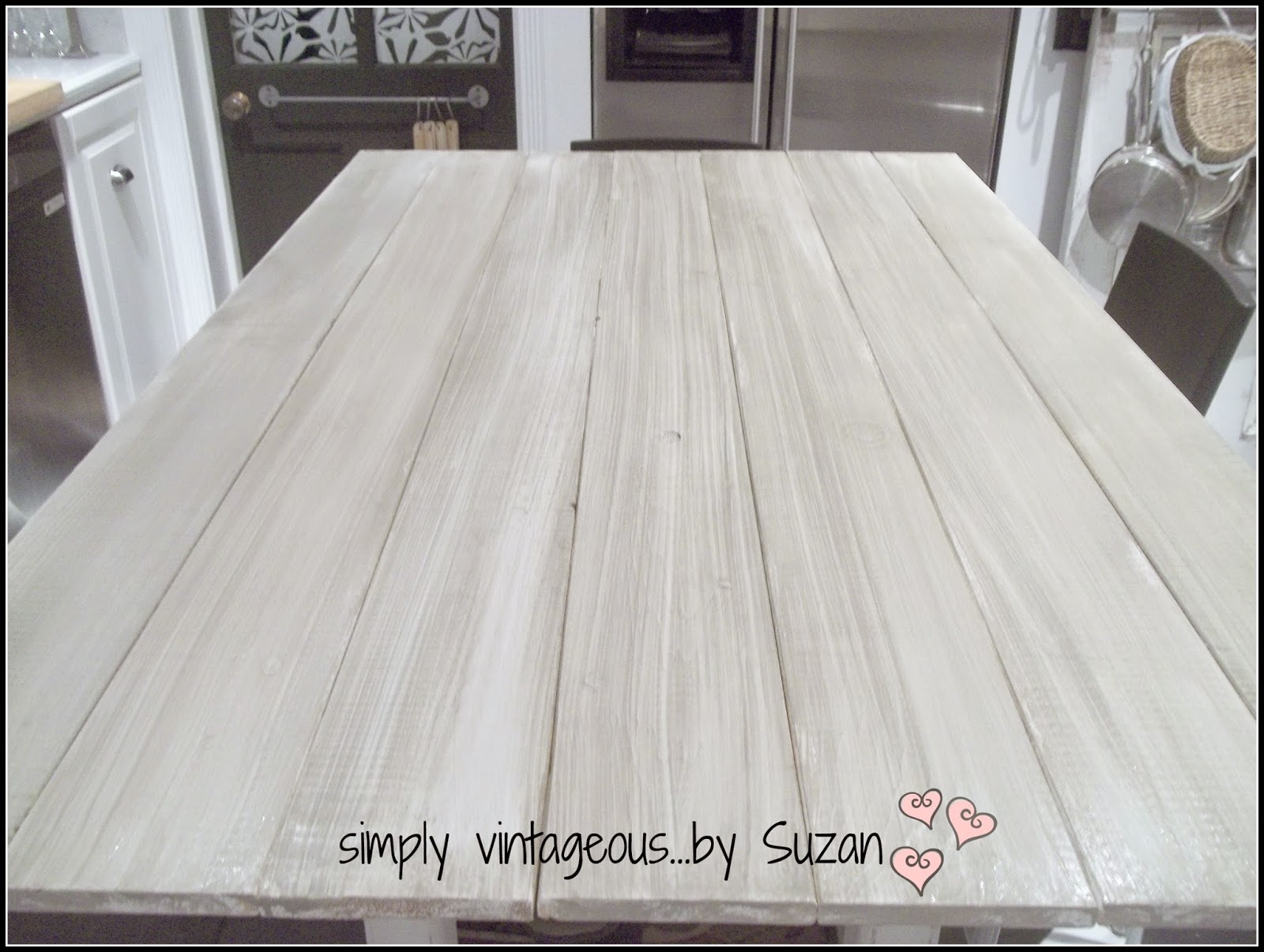 John says - that's the last thing we're doing to that table, you understand?
Suzan says - yessir ( but only because I can't think of a single thing more I could do to it myself.

We added a shelf on the bottom HERE 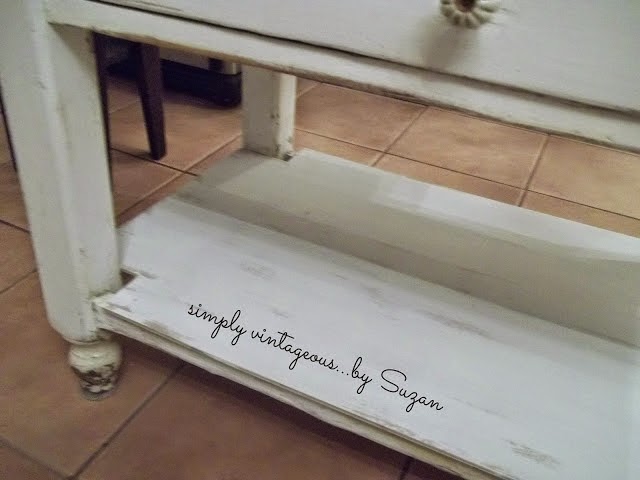 and height to it HERE 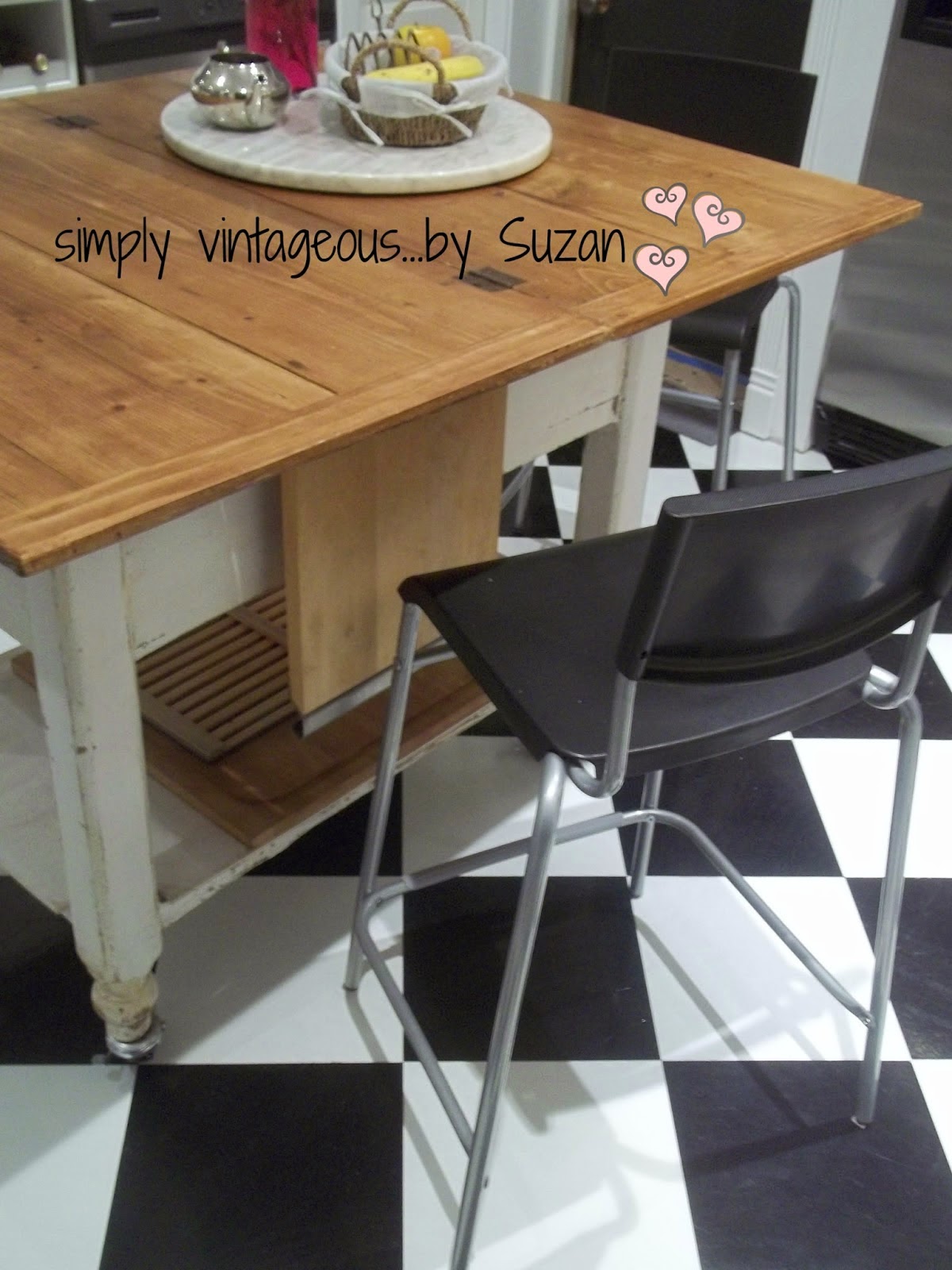 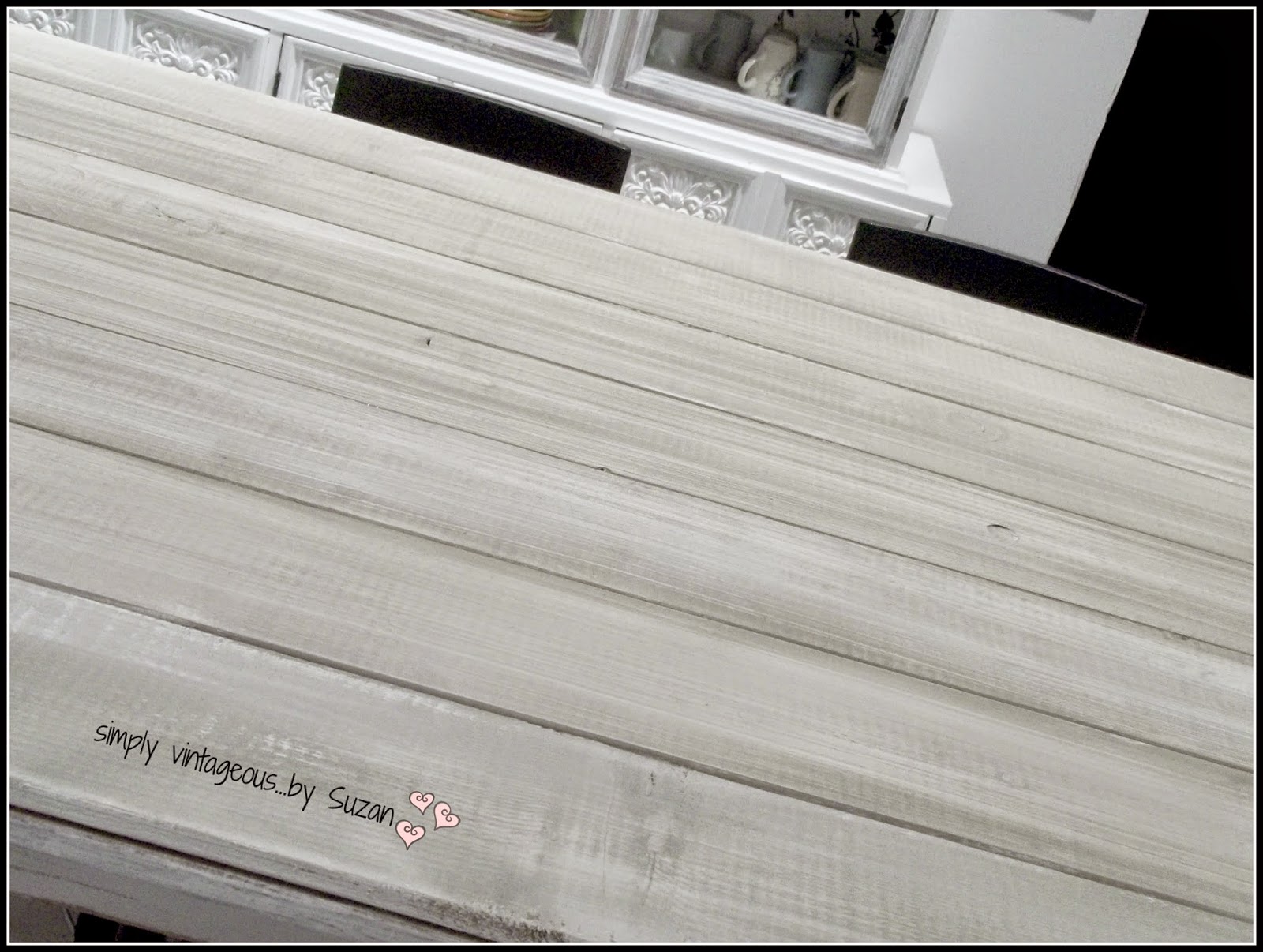 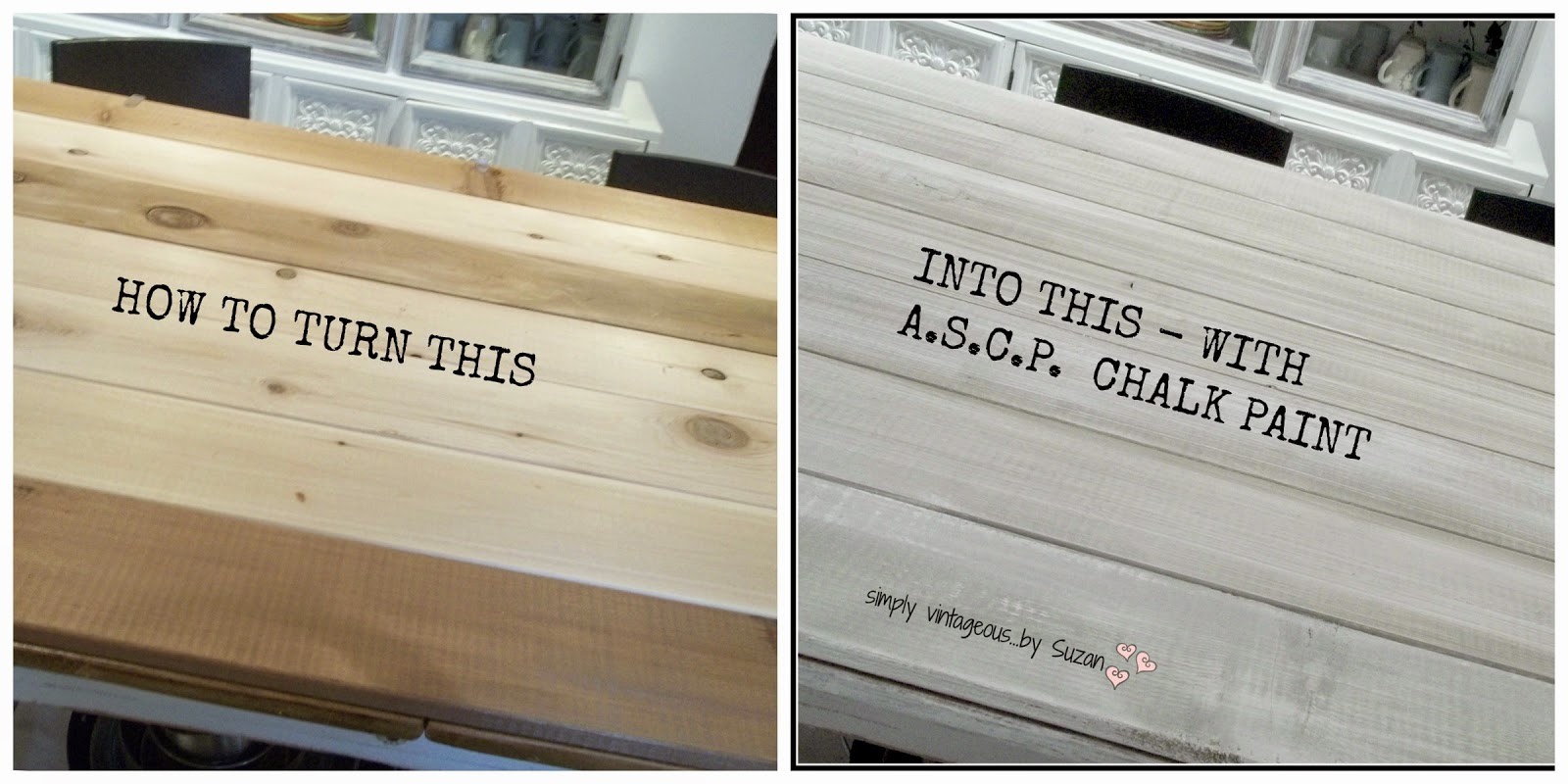 Have a wonderful day all !
I'm going to chop and dice up Corn Pops and have a bowl of cereal at the table now - and then I'm going to put polyurethane on it to protect it.  ( 4 coats - since it will be getting a lot of use )
In my little black dress. 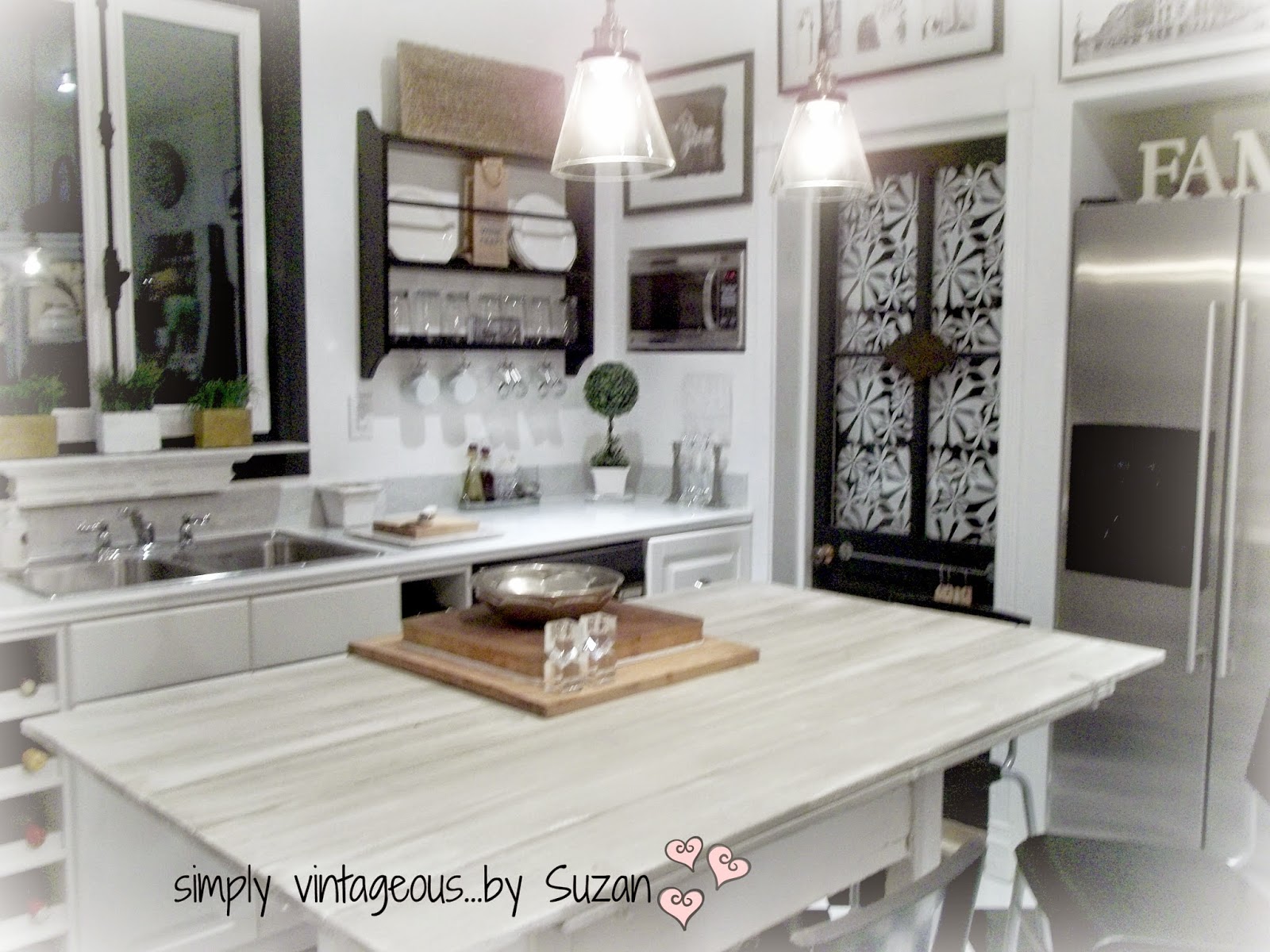 If anyone from the Food Network wants to contact me please drop me a line here on the blog - we can discuss salary.
Have a wonderful day!
Much love,