It didn't have a fireplace - and as much as I wanted one we had already spent a LOT of money on renovations and just couldn't justify having one installed.

Anyway on a business trip to Toronto - I took some time off to go " antiquing " with a very dear friend and came across an old - 150 years old - fireplace mantel - it was a double one and my heart stood each time I walked back into the shop - which was probably 4 times that afternoon.

Finally - I couldn't fight it anymore - and bought it - with absolutely no way of getting it home ( Toronto is roughly 550 kilometers or 325 miles ) The purchase price finally agreed upon was 150 dollars.

I didn't mention it to John for over a week because I was sure I could get it delivered for a reasonable price and once it was at the house he'd realize how perfect it was and how the living room had needed it all along!

But I sanded and scraped and sanded some more and scraped some more - I gagged working on that piece because to tell you the truth it WAS pretty bad - but in the end I had a magnificent mantel -
I then purchased a piece of mdf - and had it cut to fit the insert - with an opening in the middle to insert an electric fireplace....................... 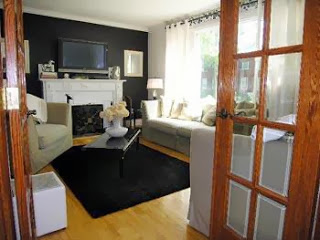 And when the evaluator came in ( when we were selling the house ) we were told it had added 5000.00
dollars to the value of the house.

I just purchased this for 50.00 myself -
I don't think it's going to add any value LMHO - but it may help keep the 3 season porch a little warmer in the new house :) 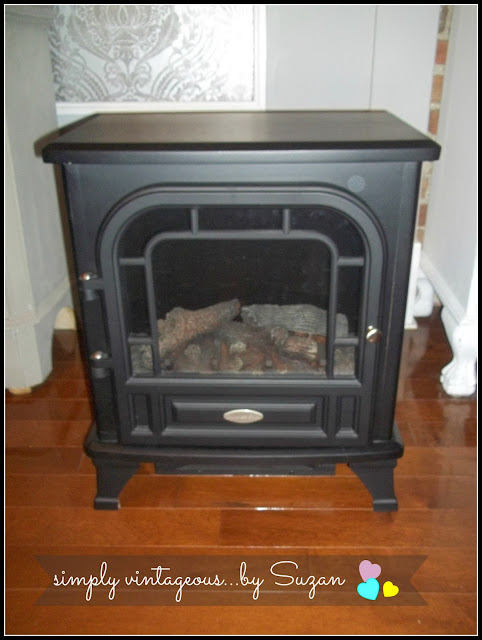 on cold winter days - it'll be nice to have in here 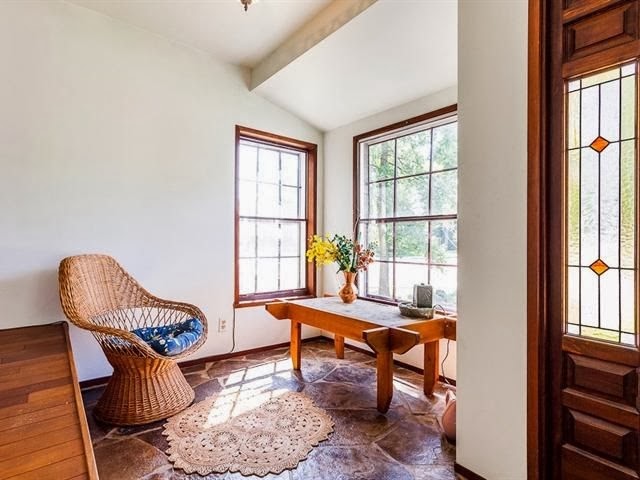 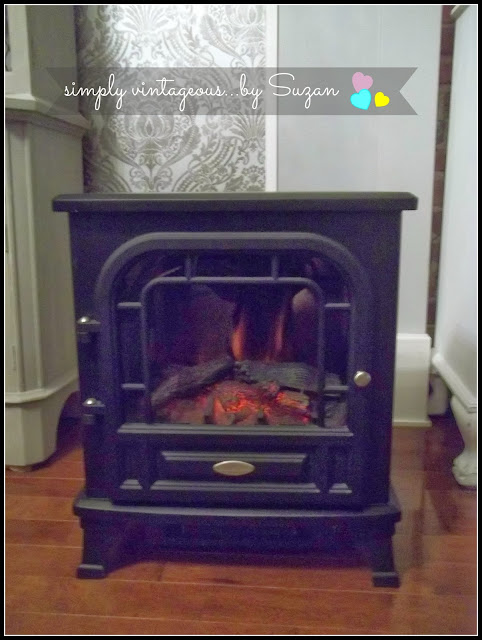 Have a great one all!!!
Much love,