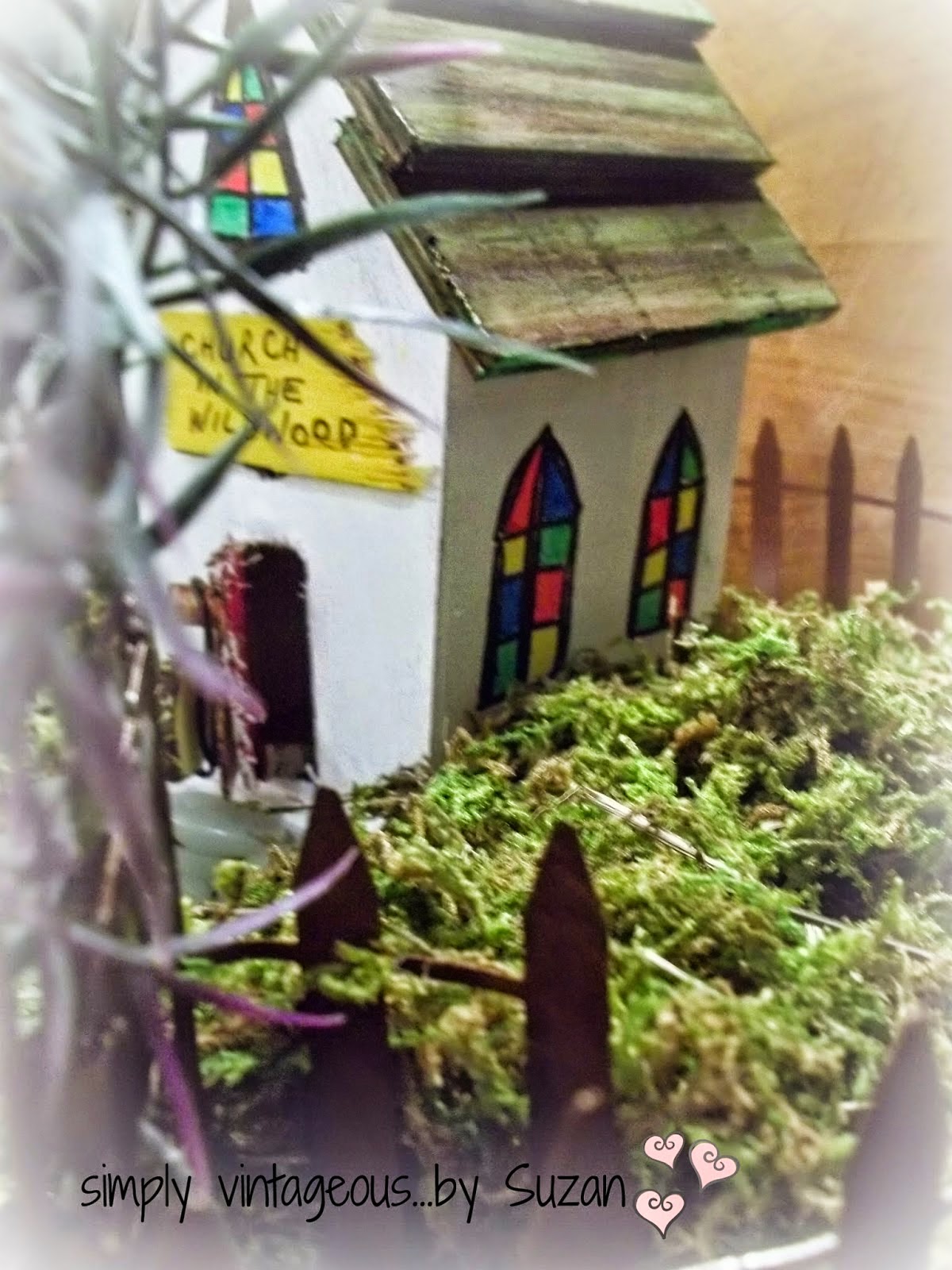 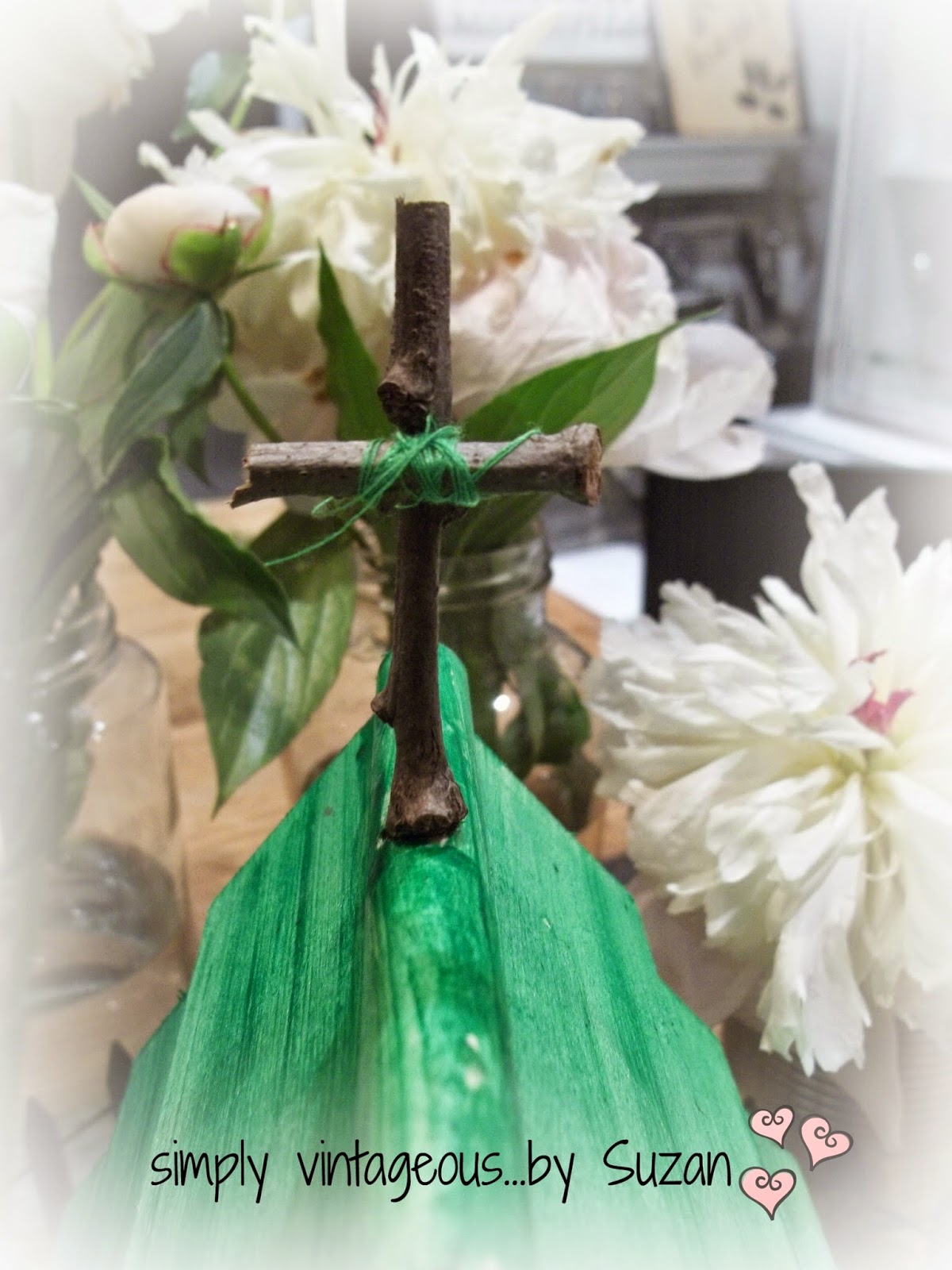 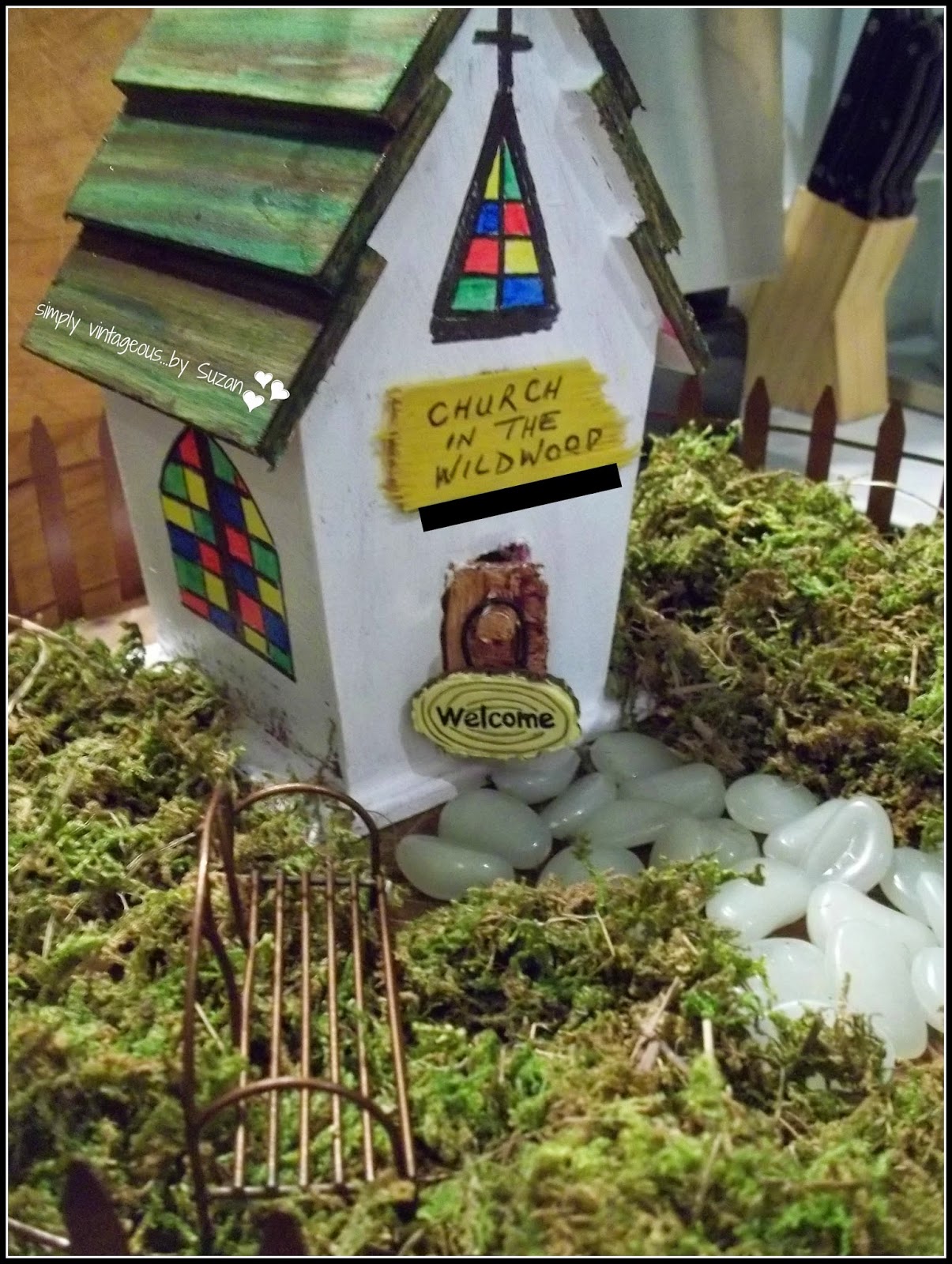 Again I started off with a dollar store birdhouse - 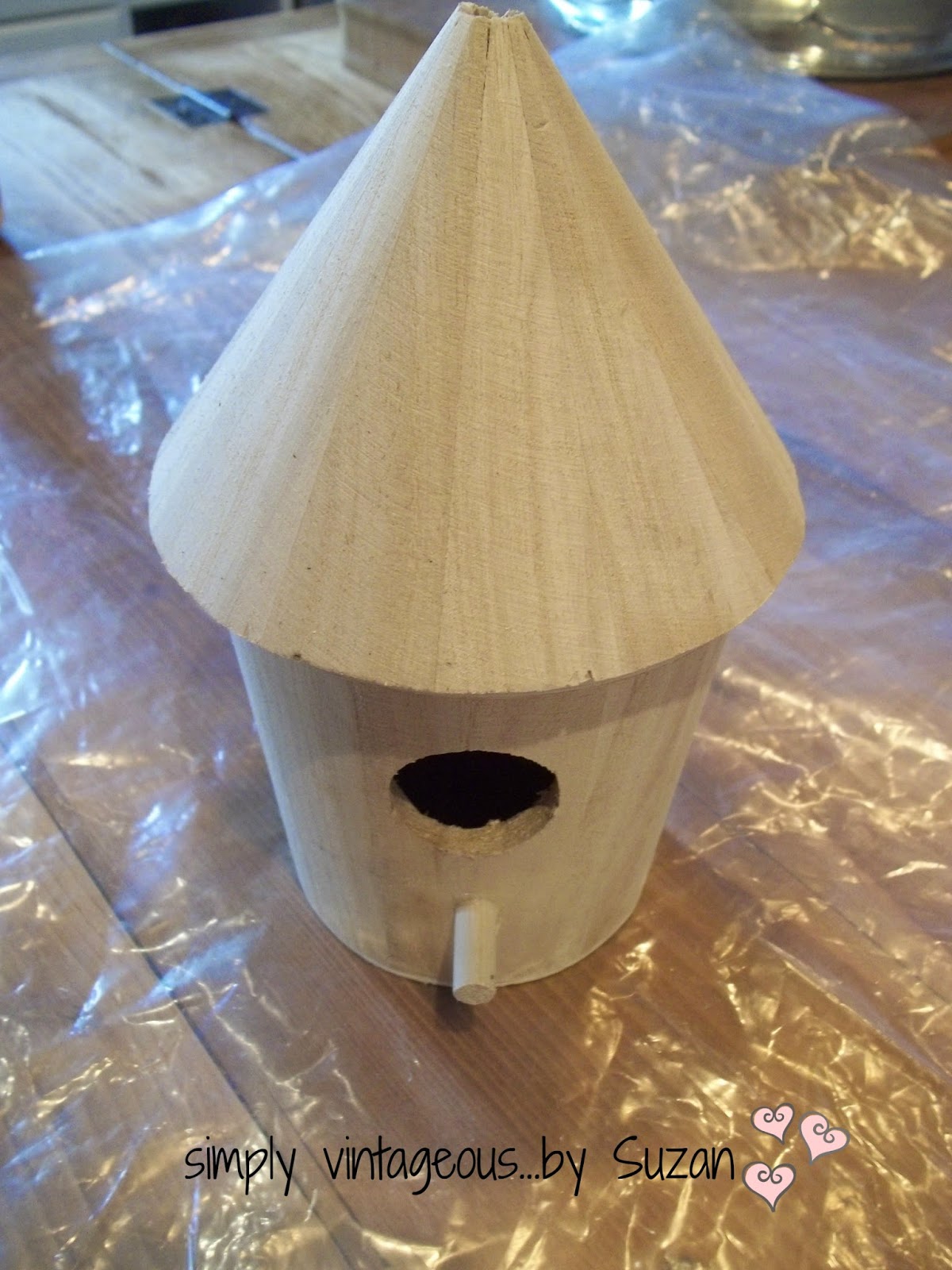 I cut the door out with a steak knife - John's going to kill me - really he is - one of these days he's just going to have reached his limit and wham - no more simply vintageous...........by Suzan.

Anyway he didn't catch me - so there's at least one more post in my life.

I decided this house should have a thatch roof - by using this ( also from the dollar store ) faux moss
( remember when we said everything was fake?  fake fur - fake flowers - fake moss ?  How come we don't call false teeth faux teeth?  Doesn't that sound more elegant? ) 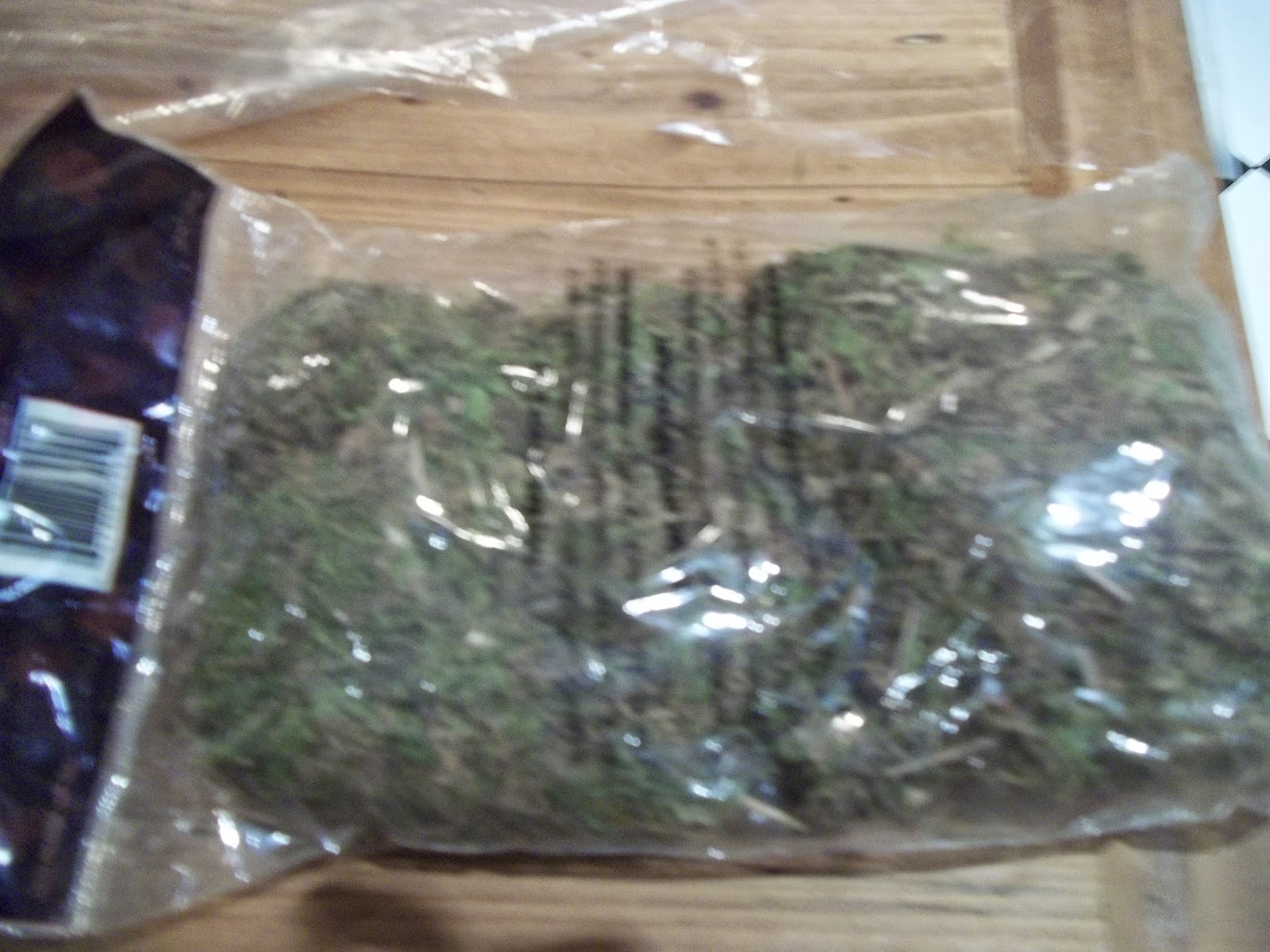 If you've never seen this - it's so realistic it's unbelievable that it's FAUX - I may just cover my own house with it instead of painting it in the fall :) 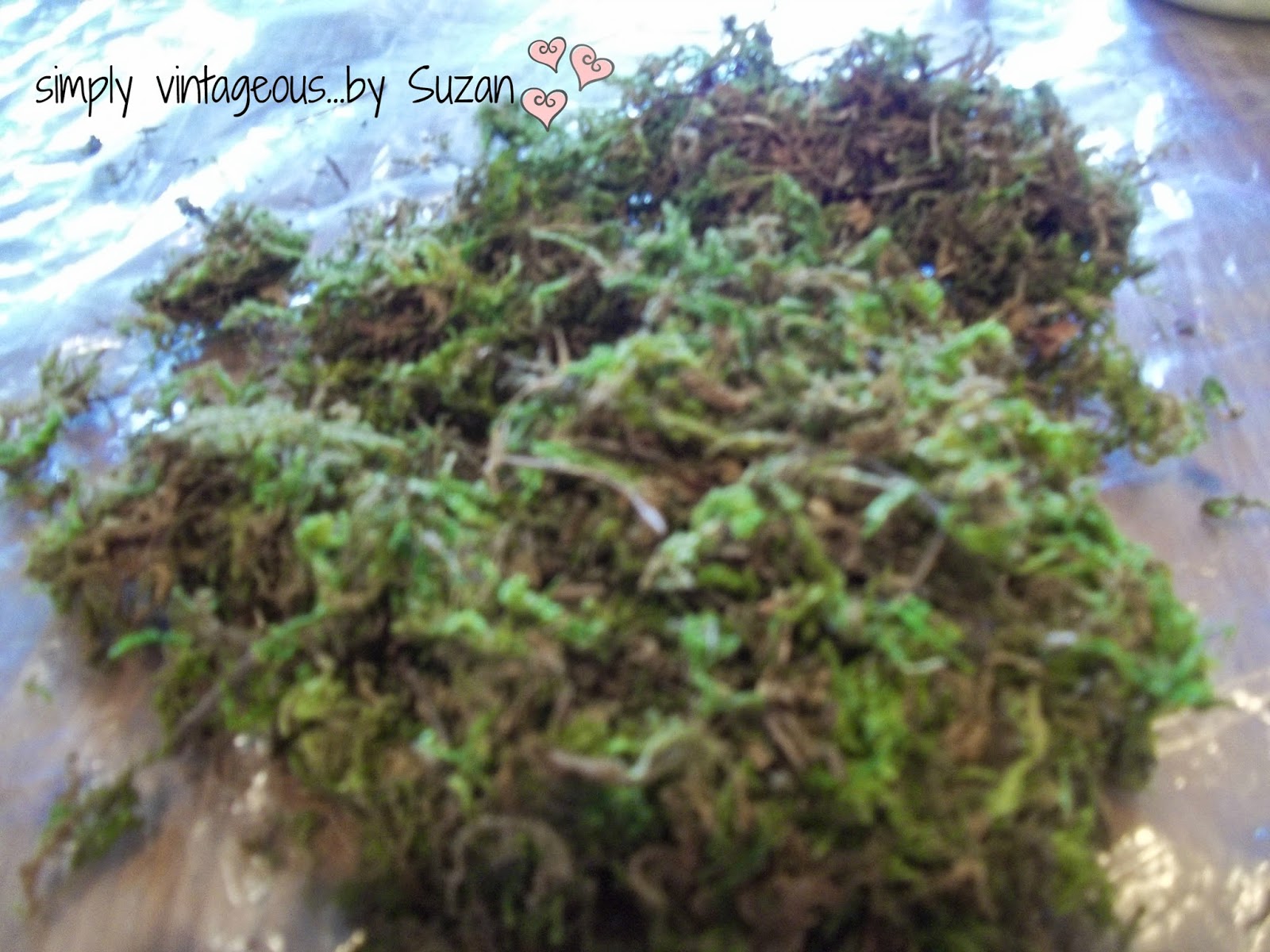 I buttered on some Carpenter's glue and a paint stick - because I'm a carpenter building houses don't you know?  ( here is Montreal we have a Home Depot - and a Reno Depot - I'm giving a shout out to Reno Depot because they sponsored this post............. NOT ) 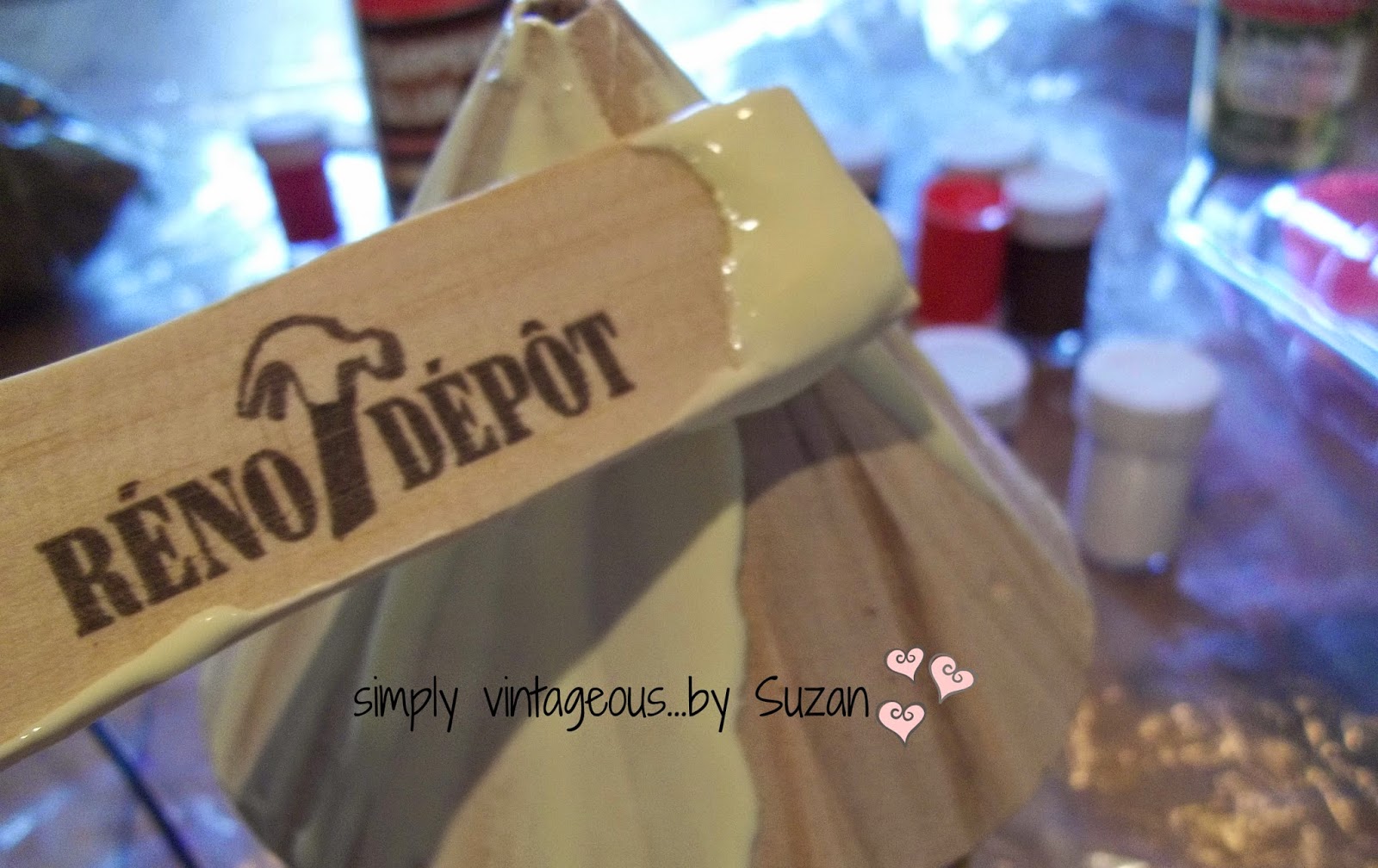 Then I pressed the moss onto it and painted stripes all over the " body " of the house
( it's not easy getting into the minds of fairy's and trying to figure out what they'd like, you know, but I do my best  ) 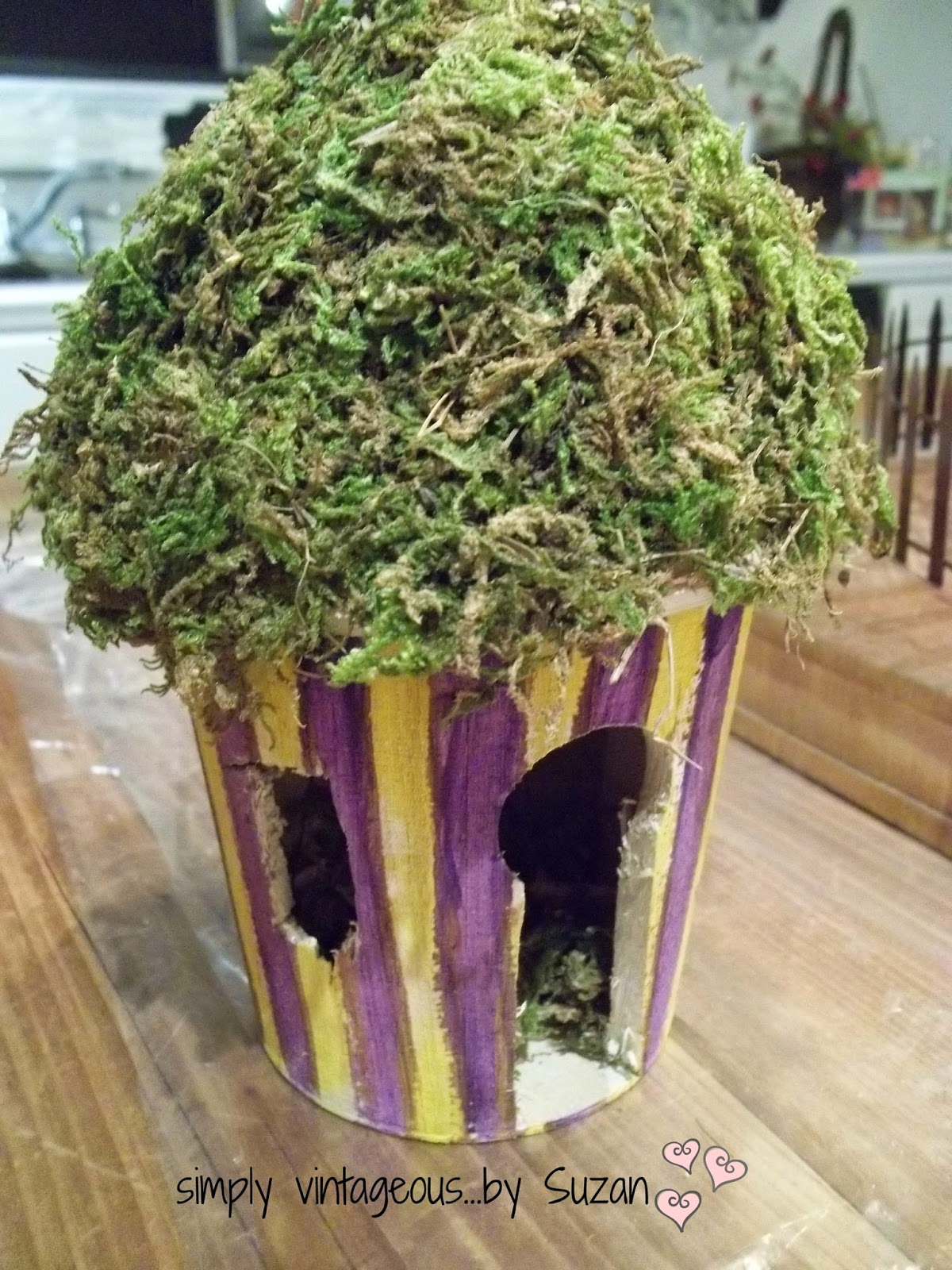 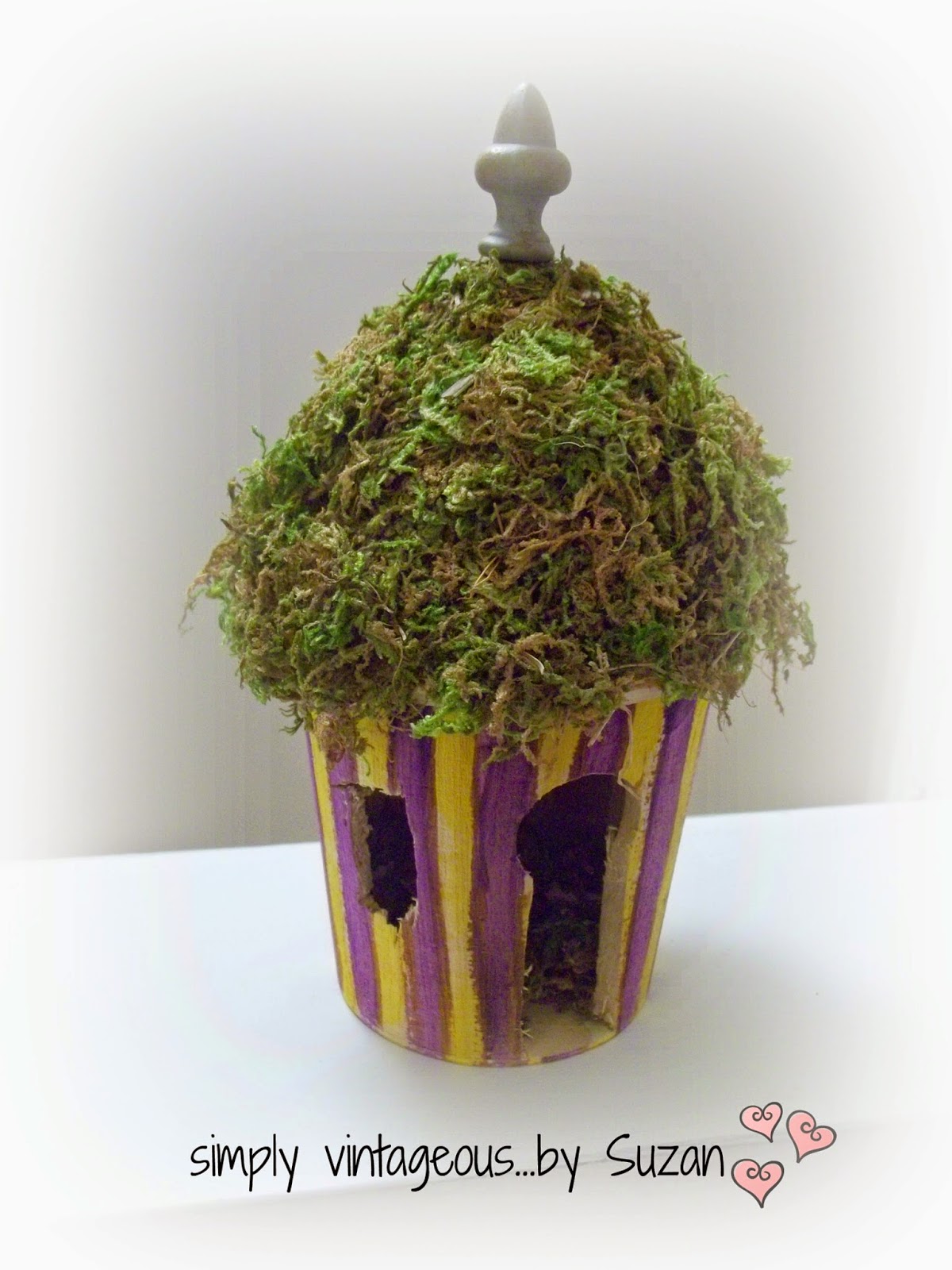 I made another twig ladder - because a thatch roof has to be constantly taken care of - and like all contractors, once I'm done with a job I walk away completely - so they'll have to run up and down themselves with repairs. 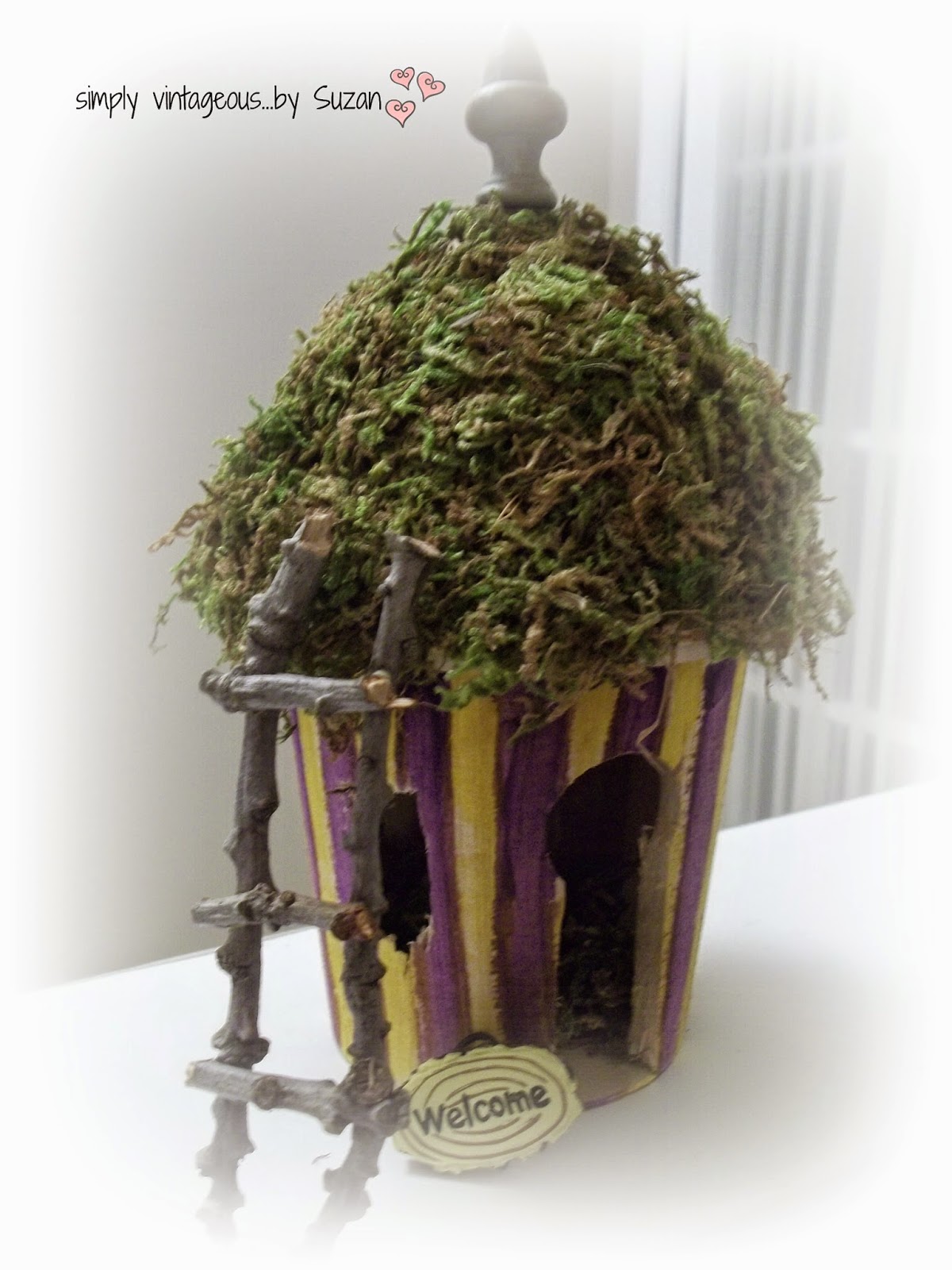 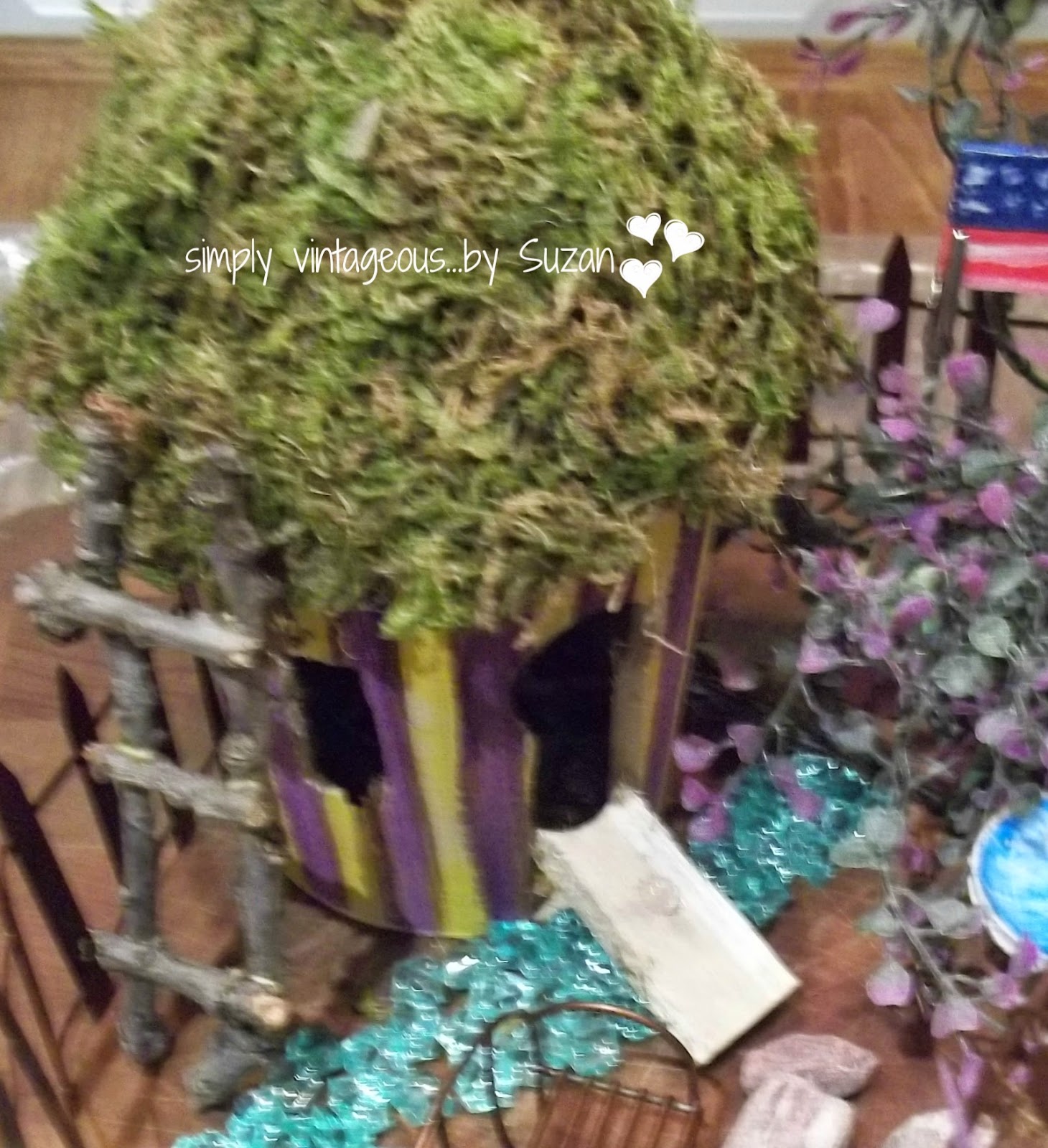 A fairy flag for all of my American Sisters ! ( made with a broken paint stick - the Reno Depot one to be precise - since they didn't sponsor this post )
Happy July 4th - hope you all have an amazing celebration weekend
( well I hope everyone has a nice weekend wherever they are lol ) 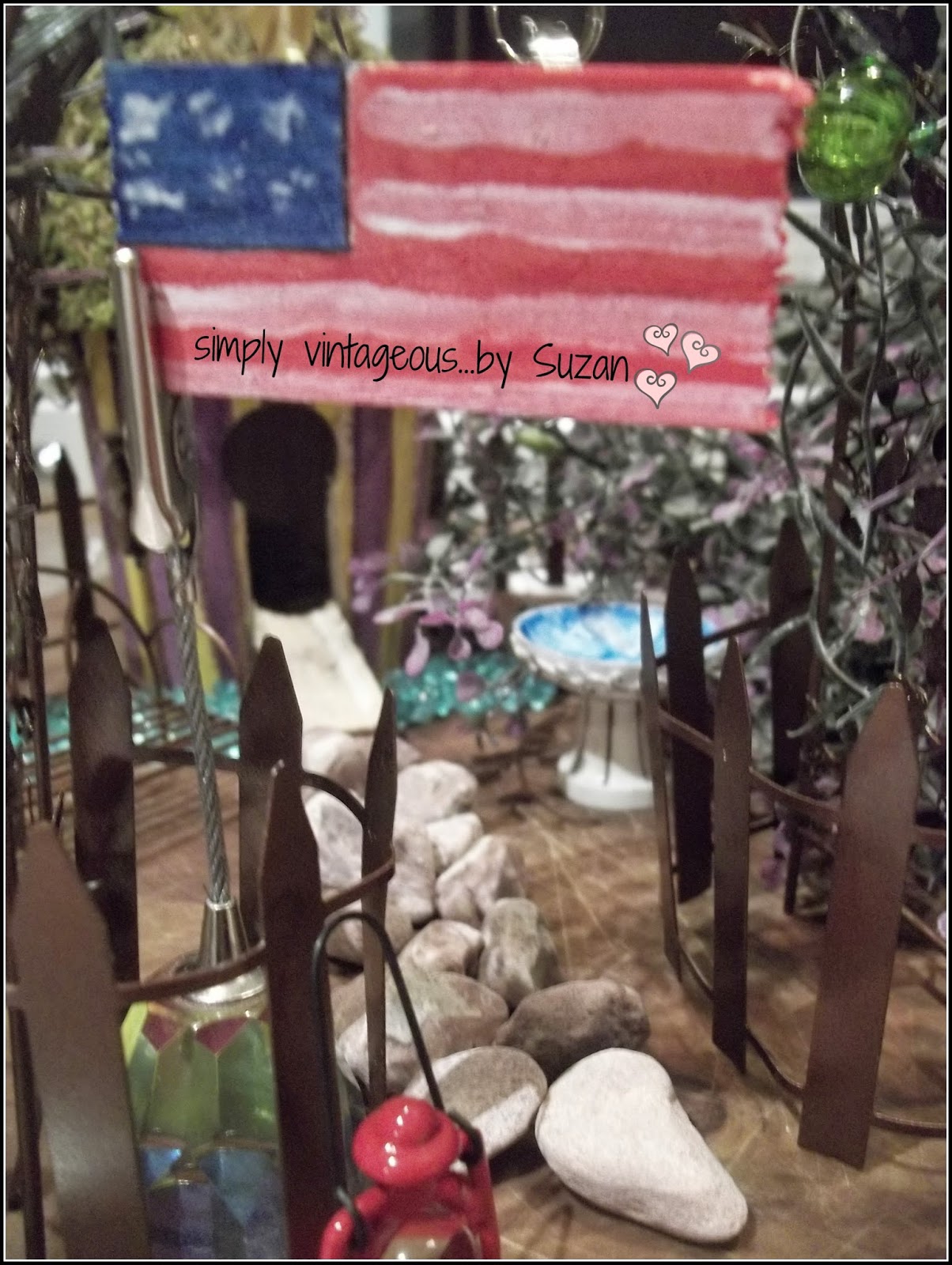 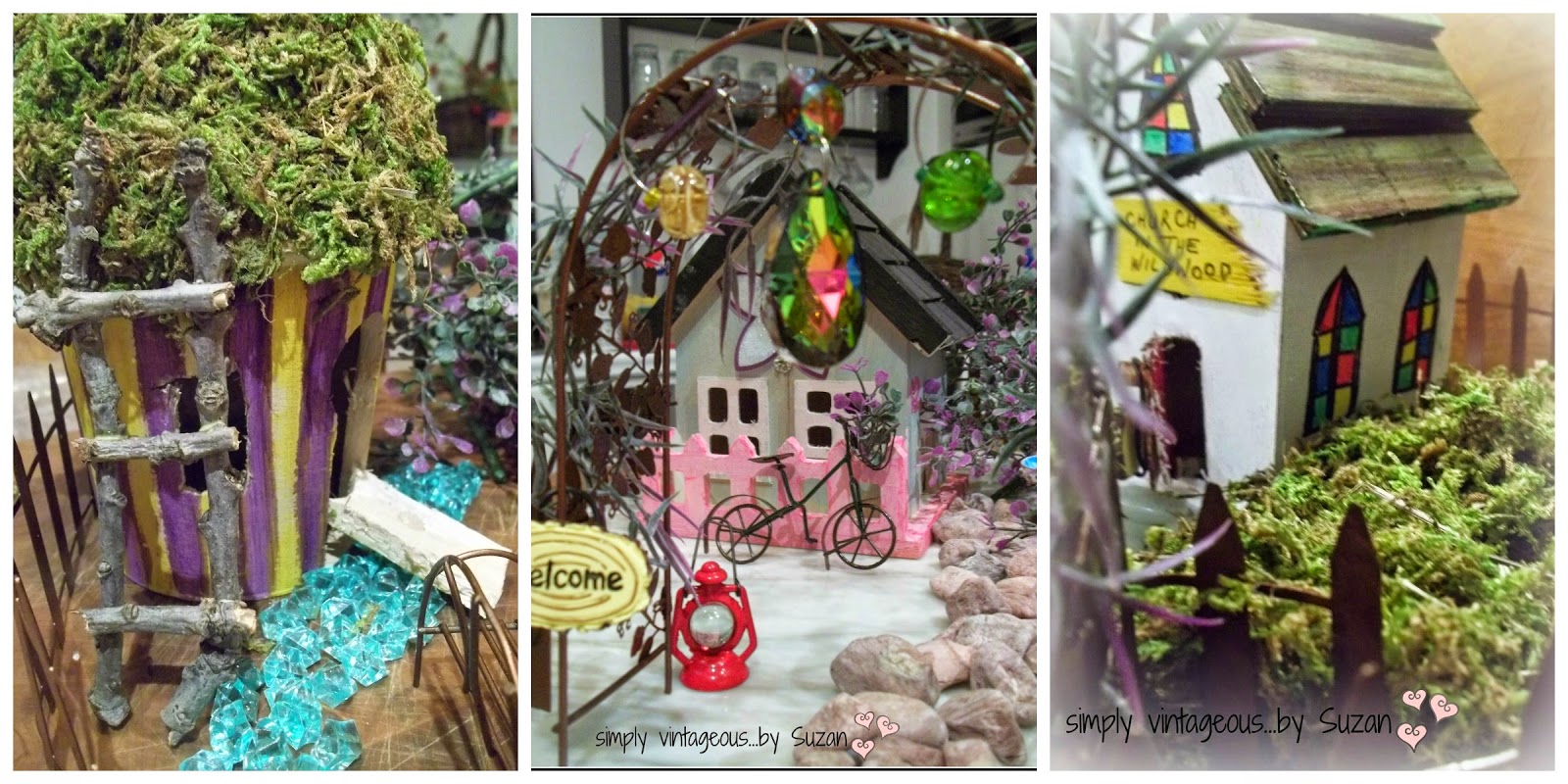 Partying with these lovely Hostesses