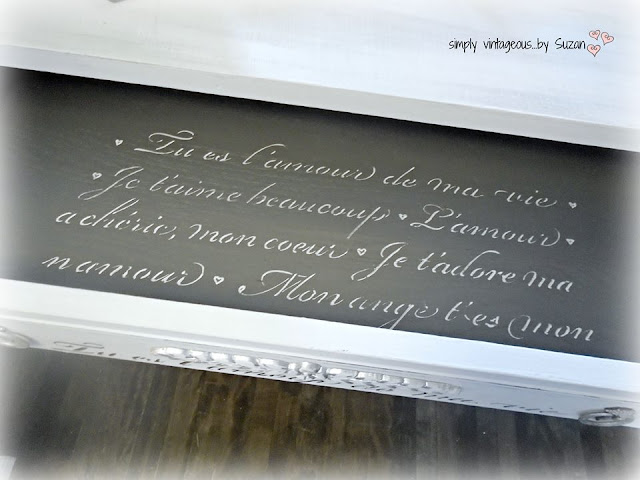 It's called AMERICAN OF MARTINSVILLE

And if you go on to 1st Dibs - they sell for a fortune.

And I had no idea it was so valuable !

I painted all the interior of the drawers in Graphite to contract the white exterior ( plus it's much easier to hide stains with a dark color :) 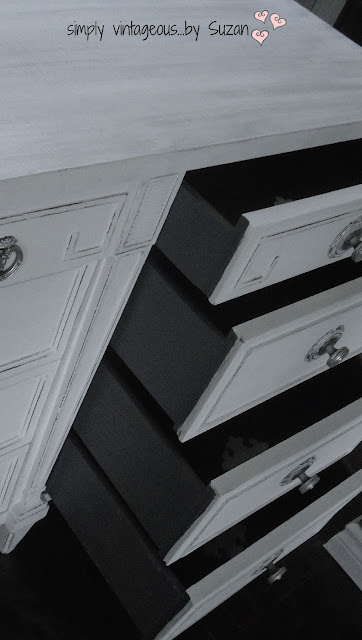 And then I added a stencilled design in each of the outer ( smaller ) drawers
Please excuse the terrible photos - that expensive camera I bought is still sitting on the living room coffee table - it's still a virgin even though I bought it a month ago.
Some people are afraid of boogey men - I'm afraid of cameras it would seem 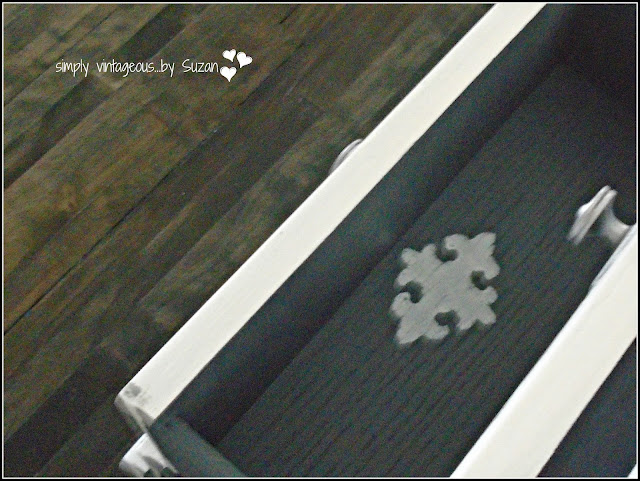 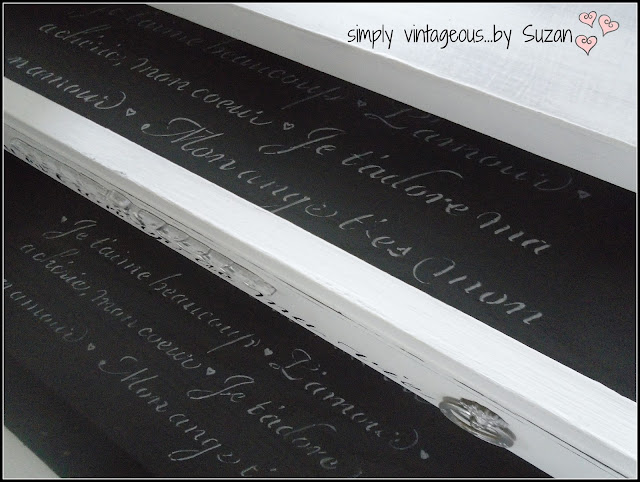 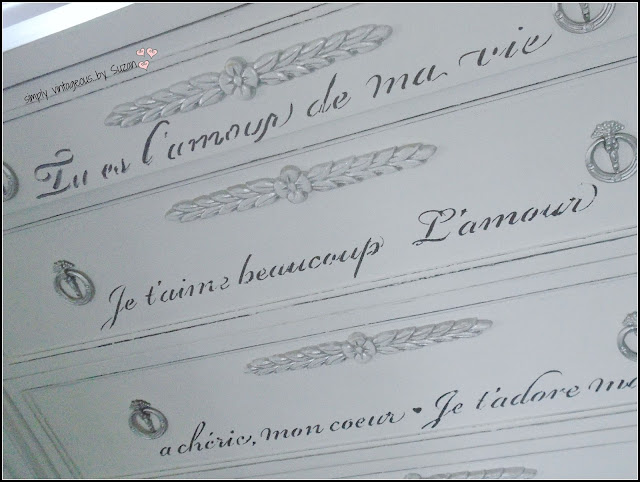 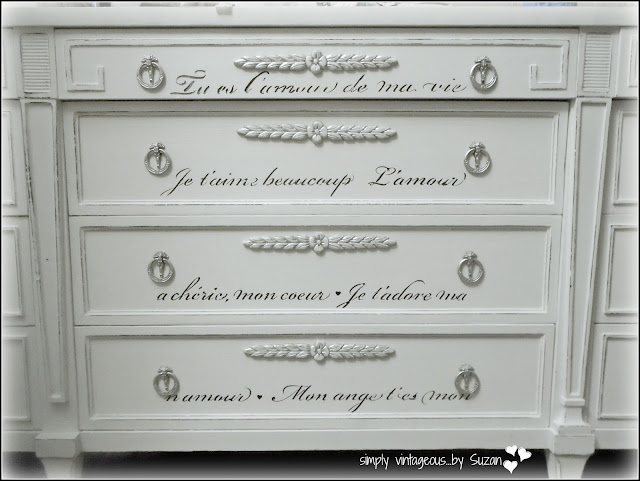 Suzan says - Did you see the love letter I left you?
John says - No - where?
Suzan says - It's on the dresser

John says - Well isn't that just a little ridiculous?
John says - What is it with you and words ?
John says - Can you stop with it already?
Suzan says - Very nice !!!  I try to implement a little romance into our lives -
John interrupts - In our LIFE is fine - it's on our furniture that I have a problem with. 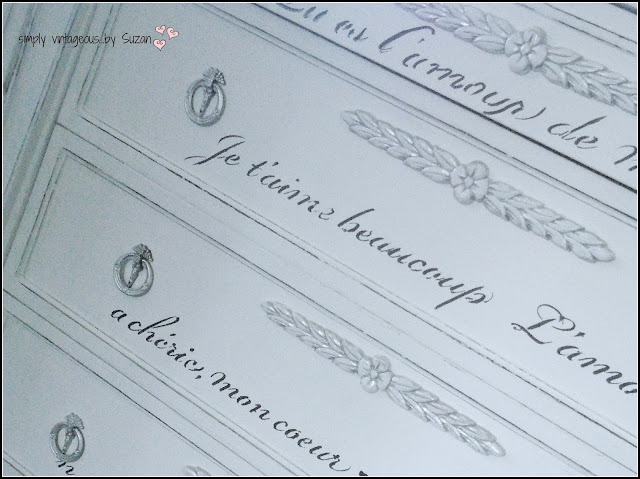 But life is short - you have to grab romance wherever you find it -
I've found it in this American of Martinsville dresser ! 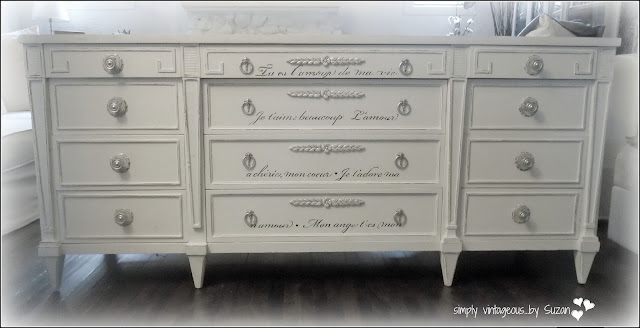 And it would appear that romance really does work - I've fallen in love with it and it's staying LOL !