So............sometimes I buy things because I like them.
Even though I have no idea where I'll put it - even if it sits in it's packaging for years ( sick I tell you - I'm S.I.C.K. )
It's a disorder.
One of thousands I've acquired over the years.
I think it's number 1344 actually.
( I have a disorder that consists of numbering my disorders too ) 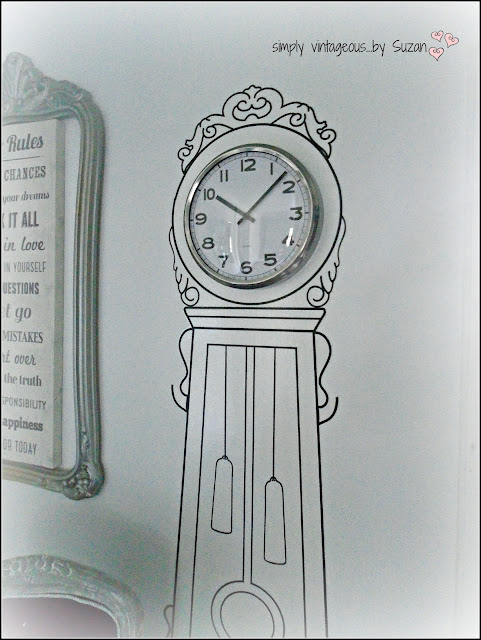 There was a time when I had a closet filled with clothes that had their tags on them for so long that they were no longer in style.
Shoes that never hit the pavement.
Coats that never had a breeze touch them. 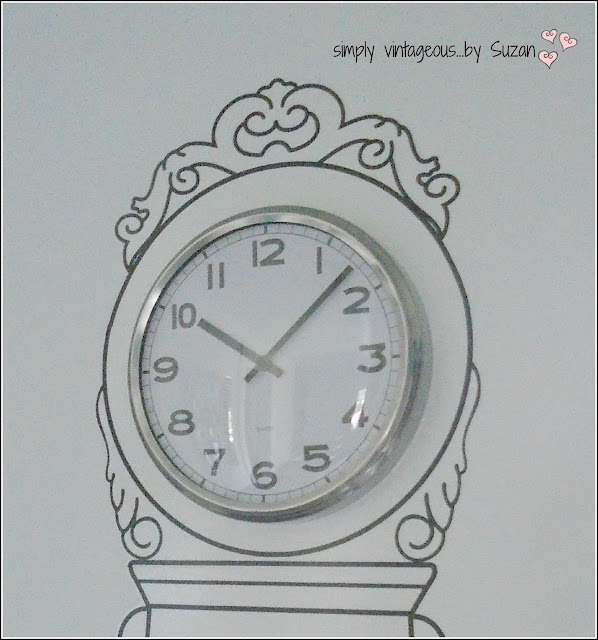 Sometimes I wonder where it came from ( the disorder ) and then I quickly push the thought out of my mind because what if it stems from another disorder - OMG - it's too much ! 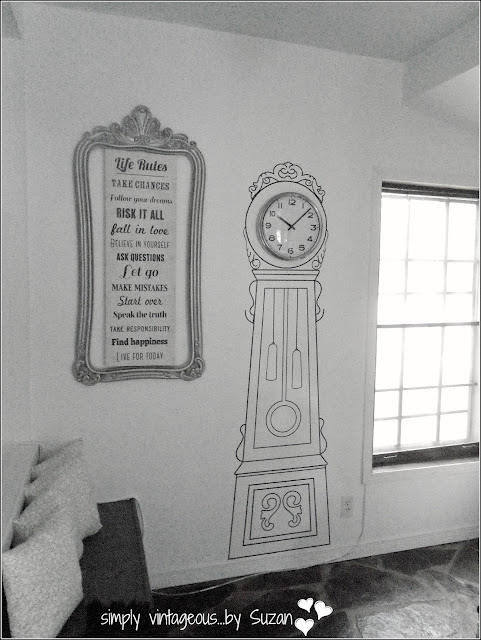 Still - every now and then I'll find myself putting something in a cart that I have no intention of using now because eventually I'll find a perfect spot for it.............it's inevitable.
It's also the truth - it's factual -  ( everything is satisfactual )
Like the Mortorp Decal Clock I spotted at Ikea probably 1 1/2 - 2 years ago.
I thought it was adorable.................and even though I had nowhere to put it - I knew I'd want to put it somewhere - somehow - someday.

And now that the front ( enclosed ) porch is getting a makeover - I've found the perfect spot ! 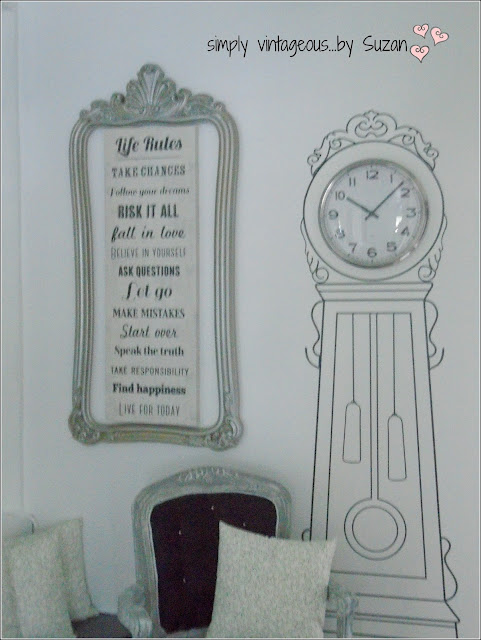 And Ikea doesn't make them any more - so sometimes having disorders is not such a bad thing, right? 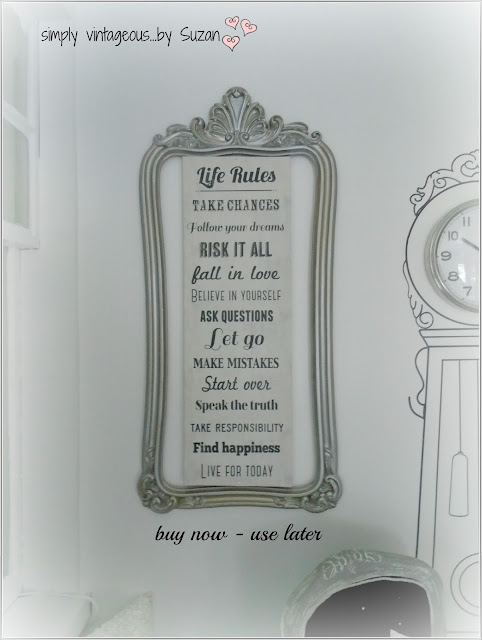 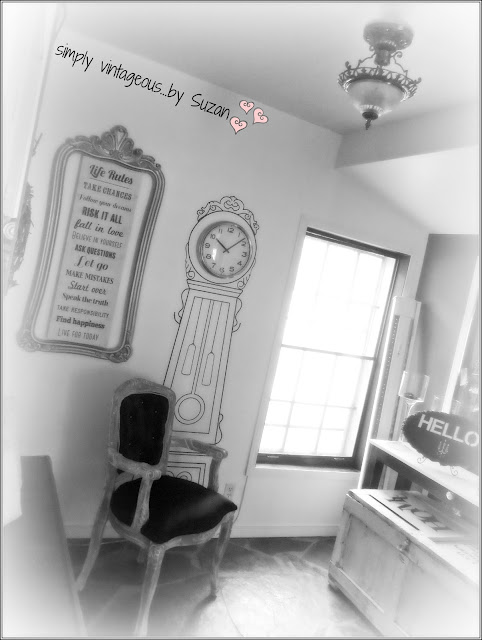