I have a big dilemma ...................well it's this month's dilemma because I seem to have one happening monthly in this fixer upper of ours. ( sometimes it's weekly and it's even been bumped up to daily now and then ) 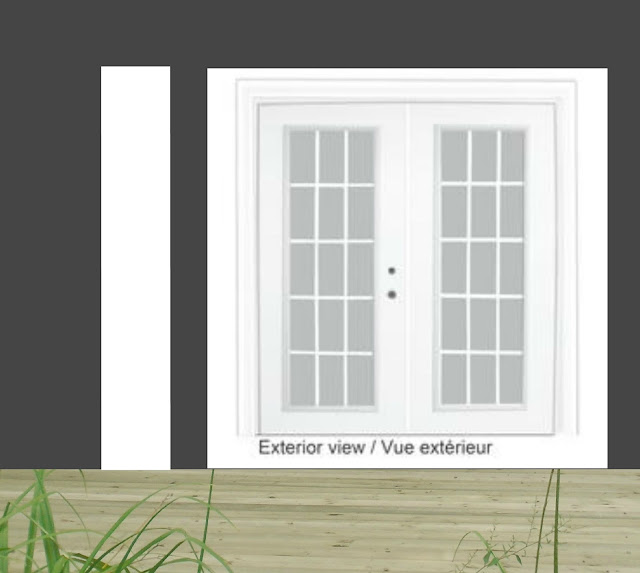 I showed you that I plan to do a stone veneer on the back wall.................HERE  but that's definitely only happening next year ( if it happens at all on the back of the house - I finally have him on board with the front of the house though ! ) and we're at a standstill arguing about what color to paint the stucco.
( John wants light with dark shutters - I want dark with white shutters )  so how can I know what to order in the way of French doors until we resolve all of our " issues " ?

This is what we're starting with - I hate even showing it to you -  the walls are filthy - the wood molding was painted brown with a terrible paint ( that bleeds down on to the stucco every time it rains ) it's just awful looking ( these are the moments when I pine for my last place )
But paint works miracles as you know. 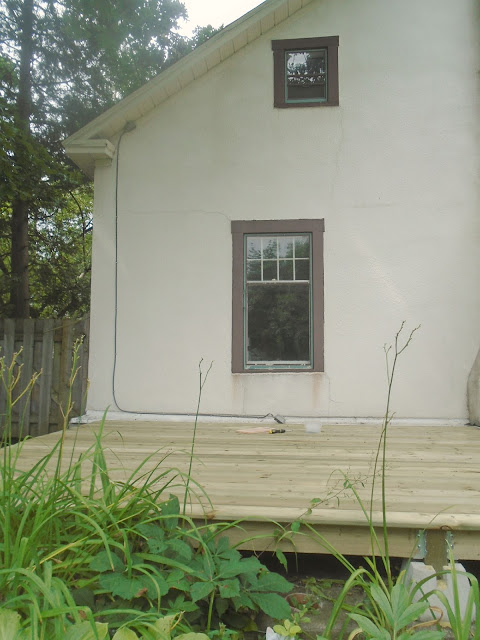 So...........I drove myself absolutely insane doing some changes with Pic Monkey - absolutely insane I tell you.. I don't know if it's my computer or me but every time I tried to " block " color it the shapes would shift - the doors would end up crooked - the shutters wouldn't be the same size.............that's why there's only one shutter diagram - you have to imagine another one - it was that or throw my computer out the window
( which would have landed on John's head because he's screwing the last of the decking in now as I type )
I never understood road rage - but I sort of get it now - because sometimes I get computer rage.
It's ugly.

Okay - so this is how I see it 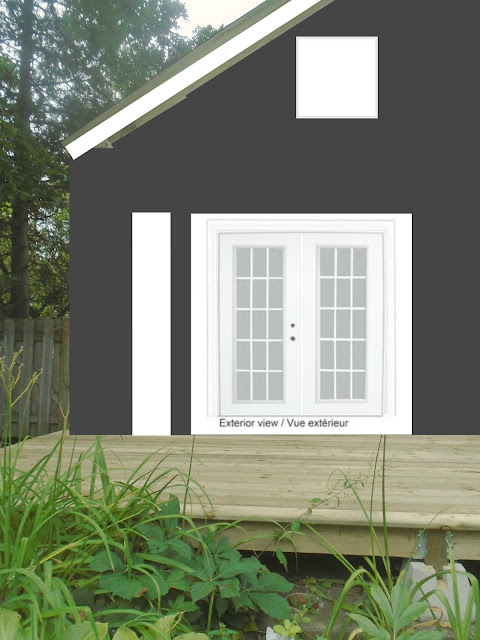 And this is how John sees it 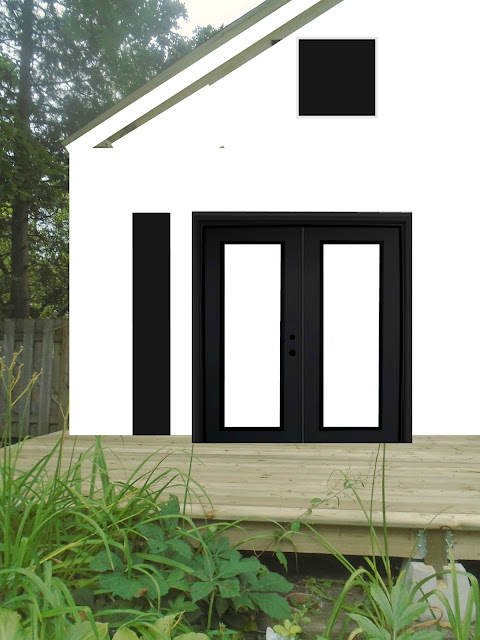 We're going with solid panes of glass regardless - because the room is dark and I think ( I pray? ) it'll allow more light in - even those inches of panes will count - that's why we're putting in 2 sets of French doors - one on the other side of the dining room ( to the left of the photo )

John just called me down to sit on it and " talk " - he had a table and chairs set up- I LOVE that man ! 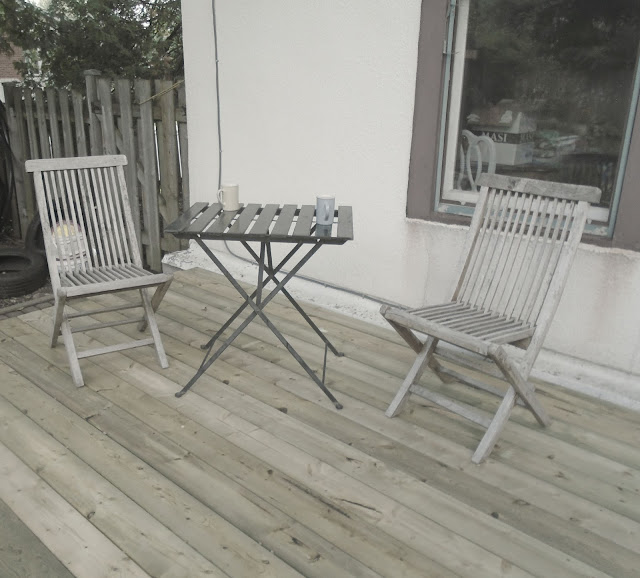 How adorable is that?

Have a wonderful one everybody
Much love,
Me