Every thing was ready - candles were lit - table was set - potatoes were roasting in the oven - carrots were being braised - chick pea salad was soaking up all that yummy garlic - baguettes were cut - and the meat............ ( steaks - pork tenderloin - and Italian sausage ) were all set to go,
My line up of jazz music was playing in the background, fresh flowers were cut.
My makeup was on - nails were done - I was completely ready ( no small feat ) the grill was turned on and had just reached the right temperature when they arrived.
Now apparently they eat early so we wanted to put everything on when they got there.

I hear a frantic SUZAN - COME HERE PLEASE - followed by my son -  Mom I think you'd better come into the kitchen, just as the "parents" arrive on our doorstep - I left my daughter to greet them and went running into the kitchen to see John holding the tray of meat COVERED IN GRASS AND DIRT
AND ROCKS AND WHATEVER ELSE COULD STICK TO THE MARINADE!!!!!!!!!!!! ( probably squirrel shit because we live in a squirrel Wally World )
He brought the tray of meat outside - put it on the side panel of the grill which immediately collapsed from the weight of so much meat and which he promptly thrust into my hands.

Hope you're into Organic Food - was my feeble attempt at a joke - and because I think I was a nervous wreck I commenced into fits of hysterics - that uncontrollable laughter where you almost choke to death - doubled over - tears - the whole thing...............while my daughter - her boyfriend - and his parents kind of
just stood there politely looking at me - sort of - kind of - smiling.  My son grabbed the platter from me and said " it's ok Mom - I'll wash everything " and that's how the evening started.

Oh - and wearing one of the napkin diamond rings was funny - the first time I did it
( yup - forgot I did it - and did it again towards the end of the evening ) same line even.
Can  you say rehearsed?
There's nothing worse than planned humour - it has to be spontaneous, don't you think, lol

and apparently I talk while I'm eating ( I never never never shut up so I guess I do )
but I can see my daughter trying to get my attention a few times until finally she calls me to the side
and says...................
( I'm dying repeating this - really I am ) Mom, there's too much food showing when you talk
WHAT??????????????????????????
Oh dear God - I'm 53 - and this sort of thing is something that would mortify me if I saw someone
else doing it - really - it would disgust me - this is far far worse than parsley stuck in a tooth.
Please tell me you're joking Linz -
No Mom. my Son pipes in laughing , you do that
and Linz says, Actually I never noticed it before - Tony was the one that mentioned it to me.

And as they left - I thought
Y'all come back now, you hear?

John says - I think it went really well, don't  you?
Suzan says - Do you see food in my mouth when I'm talking? 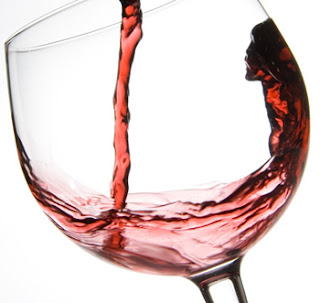 I ALMOST FORGOT - I HAVE A WINNER FOR MY FIRST GIVEAWAY -

True Random Number Generator  6Powered by RANDOM.ORG
That would make it you Pat!!!!!