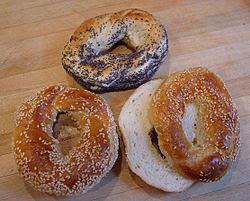 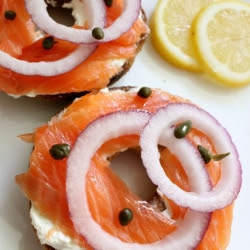 Fairmount Bagel is a Montreal-style bagel bakery in Montreal, Quebec, Canada. It is located on Fairmount Avenue in the Mile End neighbourhood of the Plateau-Mont-Royalborough.[1]
Opened in 1919 by Russian immigrant Isadore Shlafman, his hand-rolled recipe quickly became a staple in the Mile End community. He later moved his bakery from a laneway address to a two-storey cottage on Fairmount Avenue, building a large woodfire oven on the first floor, while his family lived upstairs. Fairmount Bagel is often referred to as the original Montreal bagel bakery.[1]
The bakery is still family owned and competes with nearby St-Viateur Bagel for the title of Montreal's best bagel.[2][3]
In June 2008, Montreal-born astronaut Gregory Chamitoff, who is related to the Shlafman family, brought Fairmount bagels with him aboard the International Space Station.[4][5]


Ok - so you know they have to be good when astronauts take them to outerspace with them lol
Often, on a Saturday morning, John will drive down and pick up bagels for breakfast - something I really look forward to.
Montreal makes the best bagels in North America. I know, I know, New Yorkers like to claim that title but they're wrong, I've had both and they are absolutely wrong in this case. Sorry, no humble polite Canadian here - you can't mess with my bagels, period. In fact, New York and Montreal used to have a friendly contest every year to see who made the best Smoked Meat or Pastrami as it's called in the States and although N.Y. usually won for the meat - Montreal usually won for our bagels. 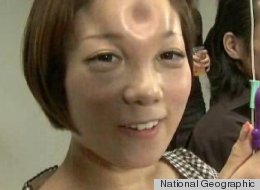 Feel like bacon and eggs for a change John?

And by the way I mentioned the word BAGEL 14 times in this post - but don't worry - as of today I'm no longer a fan of them - and will never utter the word again.