I can remember being so relieved when they finally labelled it - and then sick with embarrassment that I actually had a disorder ( I've since learned to " own " my disorders - of which I have too many to count
simply because if I didn't I'd drive myself insane )
If any of you have noticed I usually always do three exclamation points and that's because I have 3 kids.
There you have it - if you ever only see one, you now know it was a struggle to move past it lol.

Anyway I've discovered that practically everyone on the planet has some form of it.

I used to put my cups a certain way in the cupboard - until I saw SLEEPING WITH THE ENEMY
( well as much of it as I could stand - I don't do thriller's very well ) and there was a scene in the movie where the sicko notices cups are not put the way he wants them - so for a very long time I purposely
did NOT put the cups a certain way - AND it took quite a long time to realize that being very diligent about NOT putting the cups a certain way was just as much an obsessively compulsive thing to do.  Trying to place them all messily took time and effort ( but if anyone looked in the cupboard my secret would be safe lol )
Ok - so the reason I'm telling you this is because of this conversation the other night when I was refolding the sheets John had put in a ball in the linen closet. 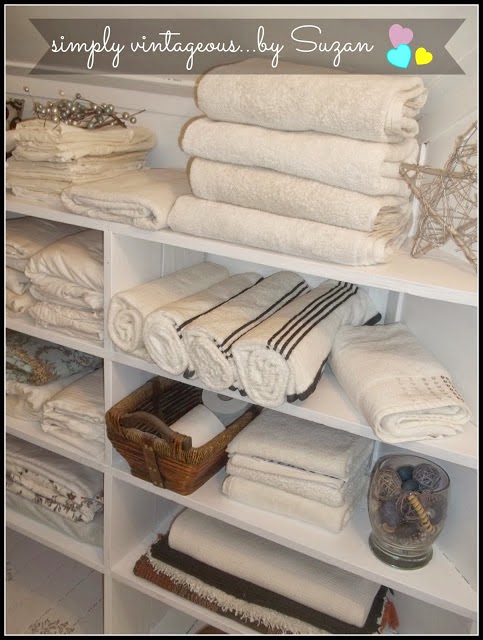 Because if the only place my world has any semblance of order is in the linen closet - then the linen
closet MUST ALWAYS LOOK LIKE THIS.
It's completely crucial that in the midst of mayhem I can walk in here once in a while and feel peace.
It doesn't even matter if John " get's " that or not - it just IS.  I don't know if it's part of the disorder or the saddest commentary in the world - I only know that I must never - and I mean never - walk into it and see this ( well at least until a few more rooms have been done and then it wouldn't matter at all as much ) 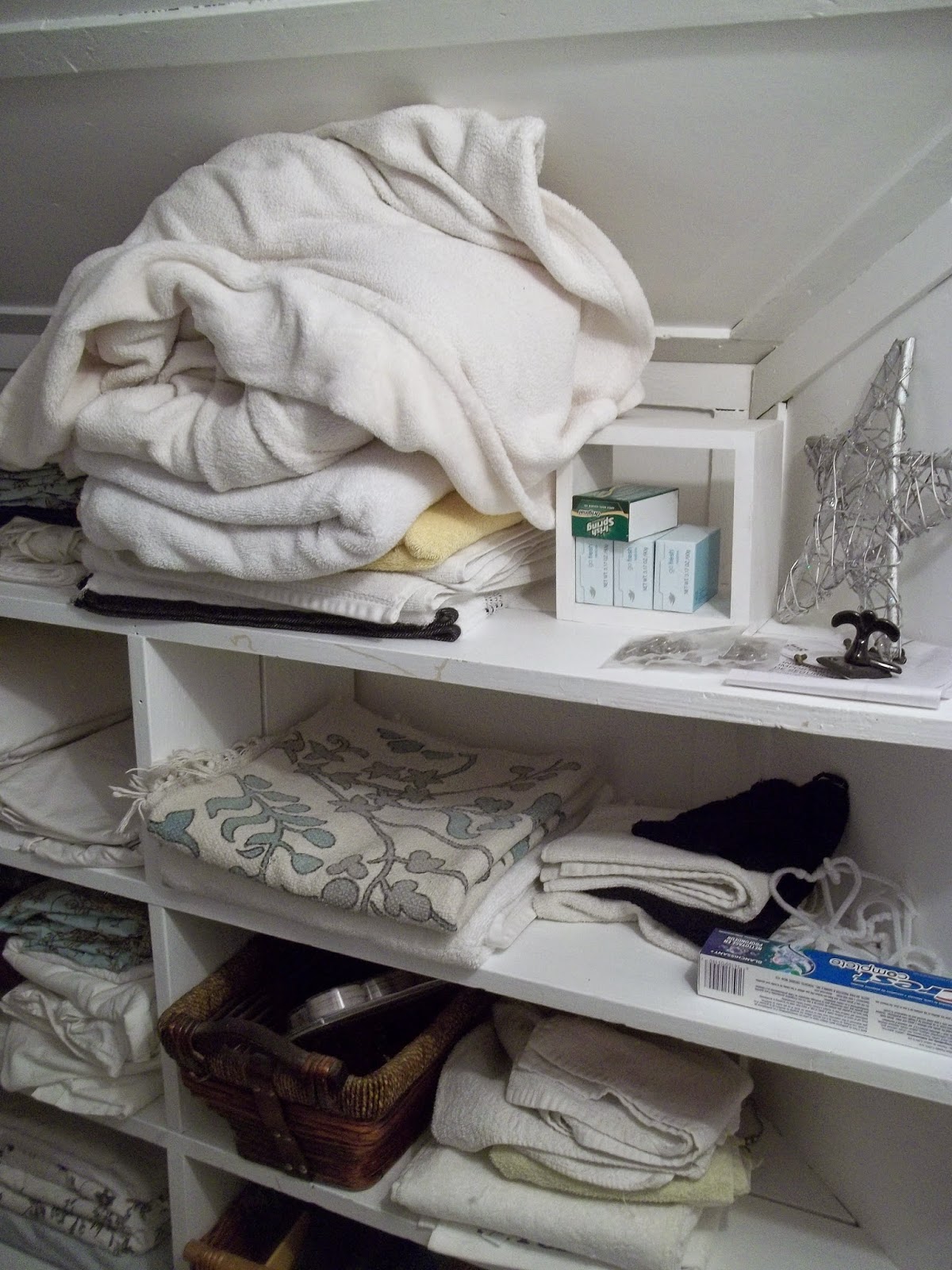 Because my sanity is hanging in the air right now -
It's enough that we just discovered we owe the government a new car basically
And the house is nowhere finished with reno's
Or that I'm drowning in furniture to paint and get rid of
If you add a rumpled sheet or blanket to that I'm afraid I'll slip off the edge.