John says - Is that the table cloth hanging on the door? 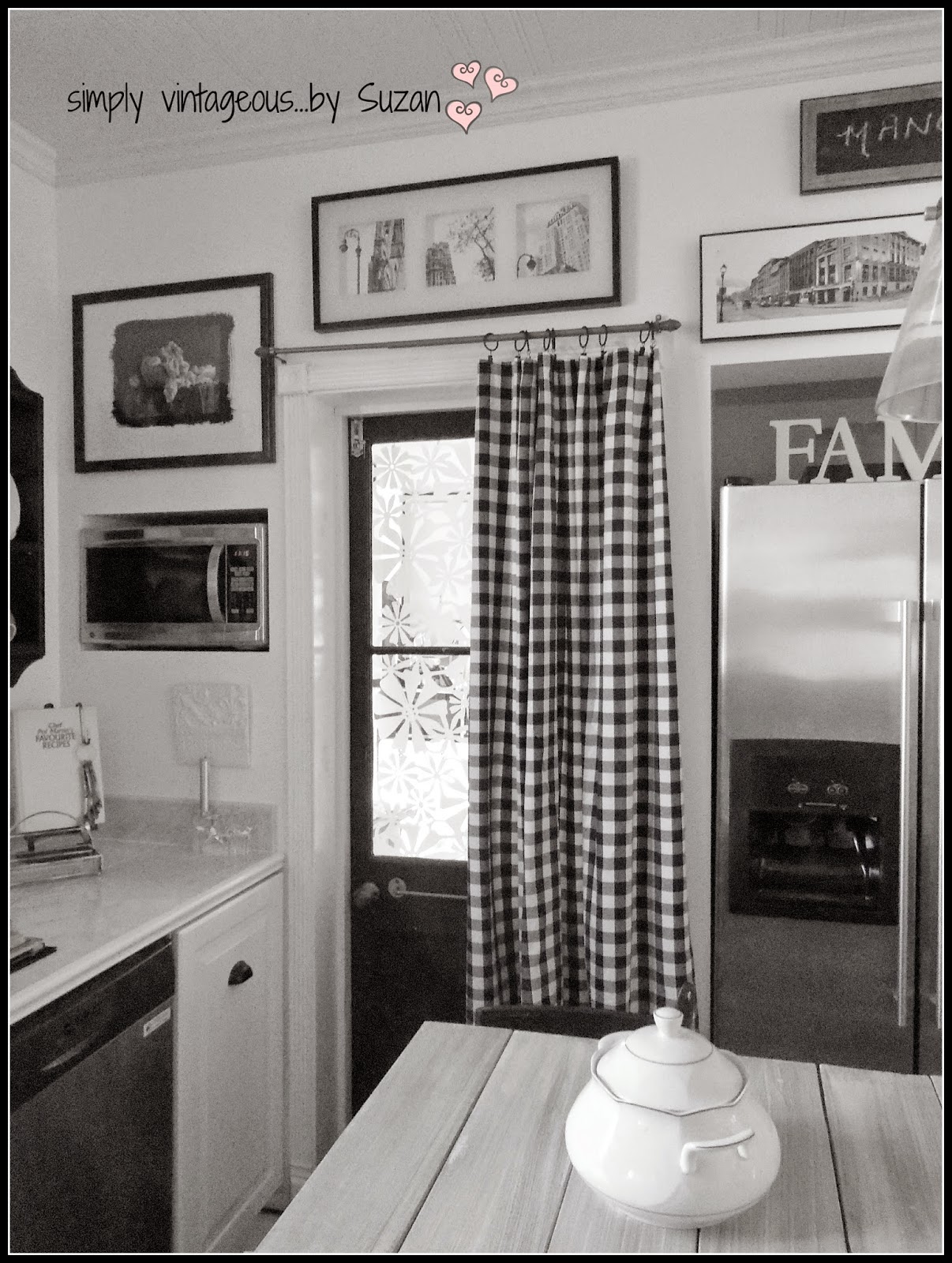 Suzan says - Yes it is - do you like it?
John says - Why not? We've got pillow cases on windows and blankets hanging off walls
Suzan says - It's not a blanket - it's a duvet cover - and I created a bed nook with that - I would NOT hang a blanket randomly on the wall !!!  ( the guest room HERE )
Suzan says - You've got to think outside the box sometimes honey 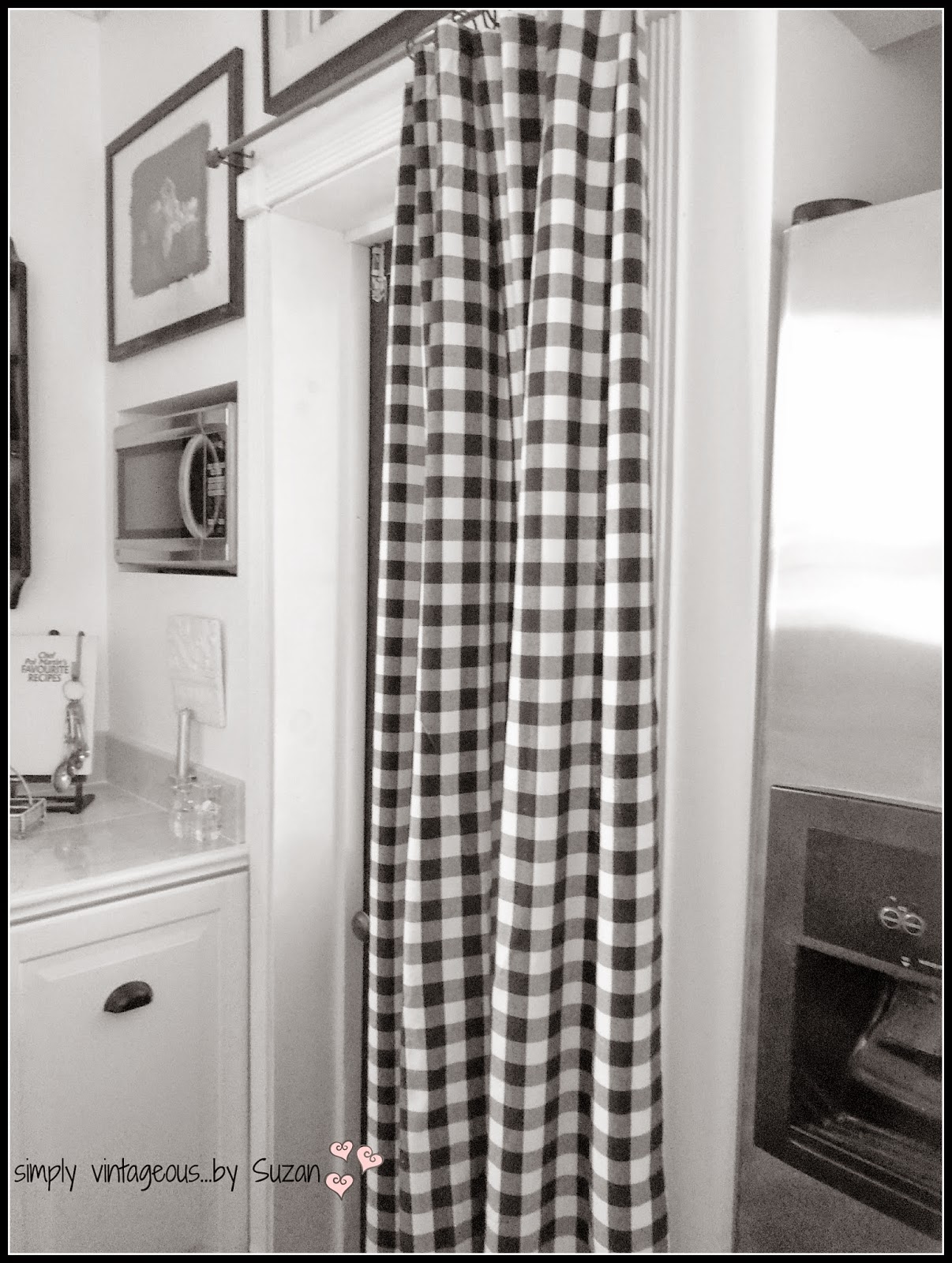 I knew it, you know.
I knew that would be exactly what he would say ( bet most of you knew it by now too )
But I did it anyway 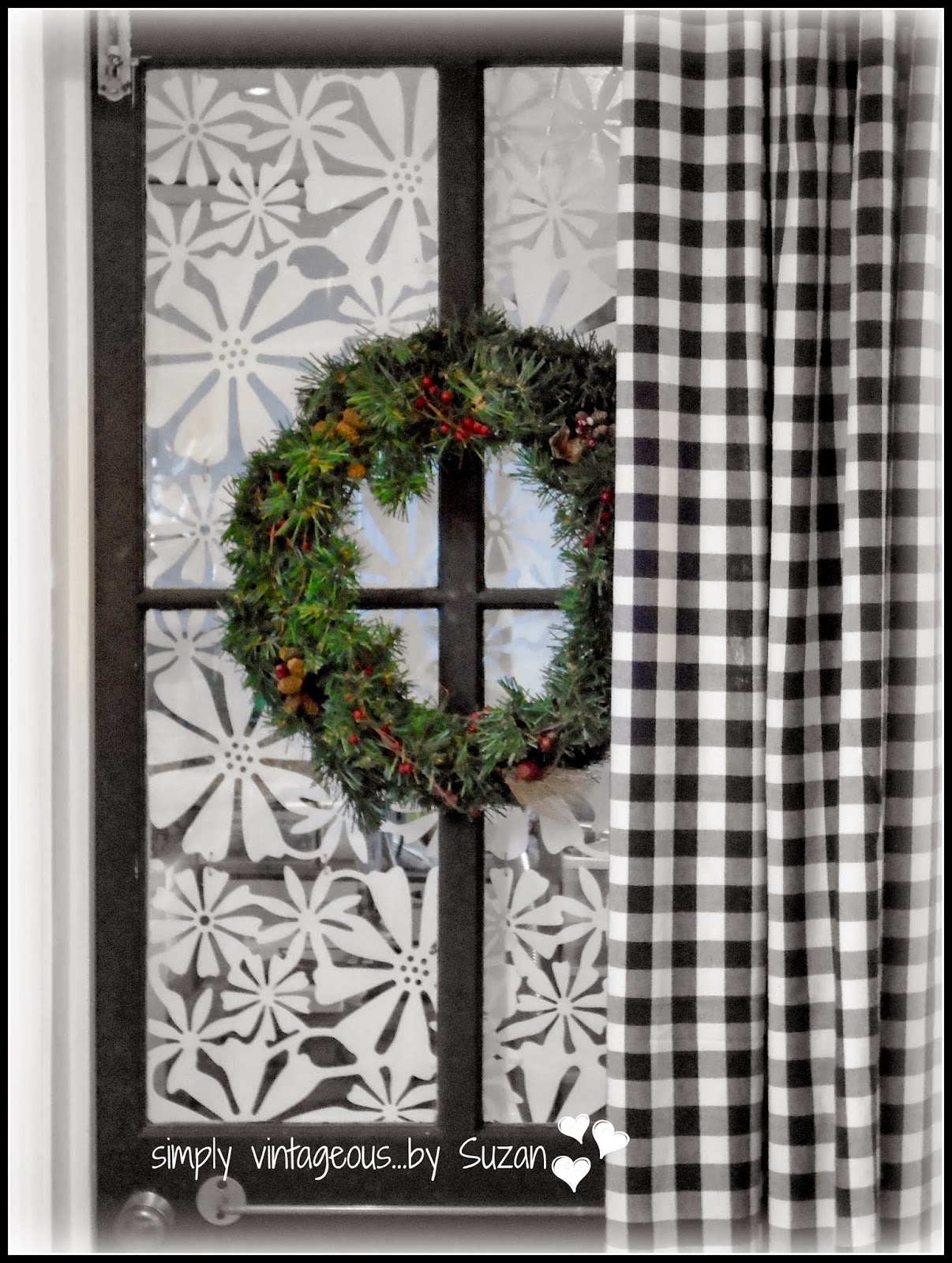 He asked if I could bring him the newspaper he'd left in there..............
I walked into the room and let out a blood curdling scream

John says - Well if you can keep raiding the linen closet - I thought I'd take something from the coat closet.
John says - You keep complaining that I leave it laying around.
John says - You've got to think outside the box sometimes, honey.

When I came back in the kitchen he was holding the camera. 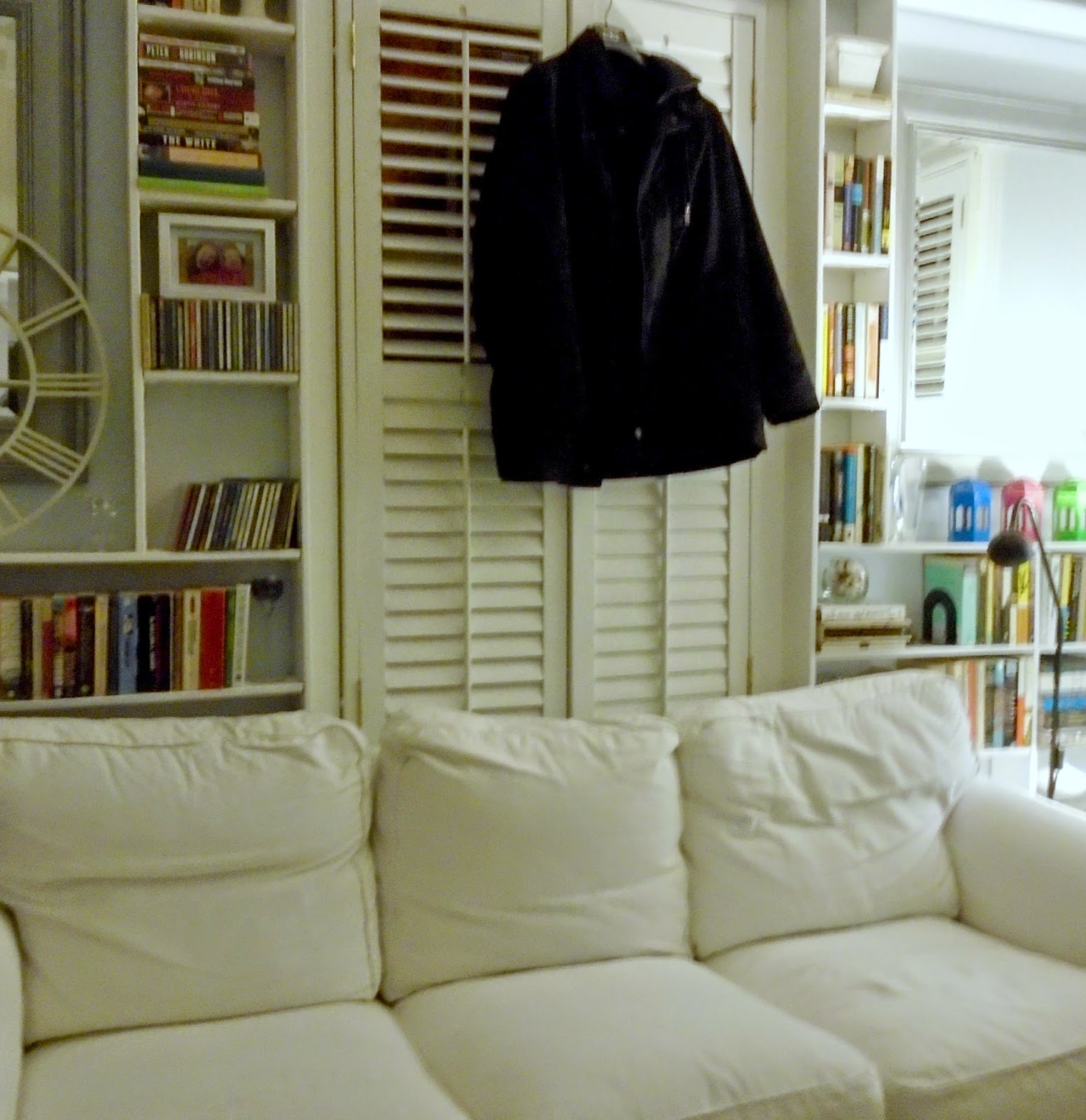 And so I did.
But I'll get him back -
Not sure how yet but I most definitely will.
When the kids finally have us committed I want my own room.
With windows to hang duvets and pillow cases and table cloths from. 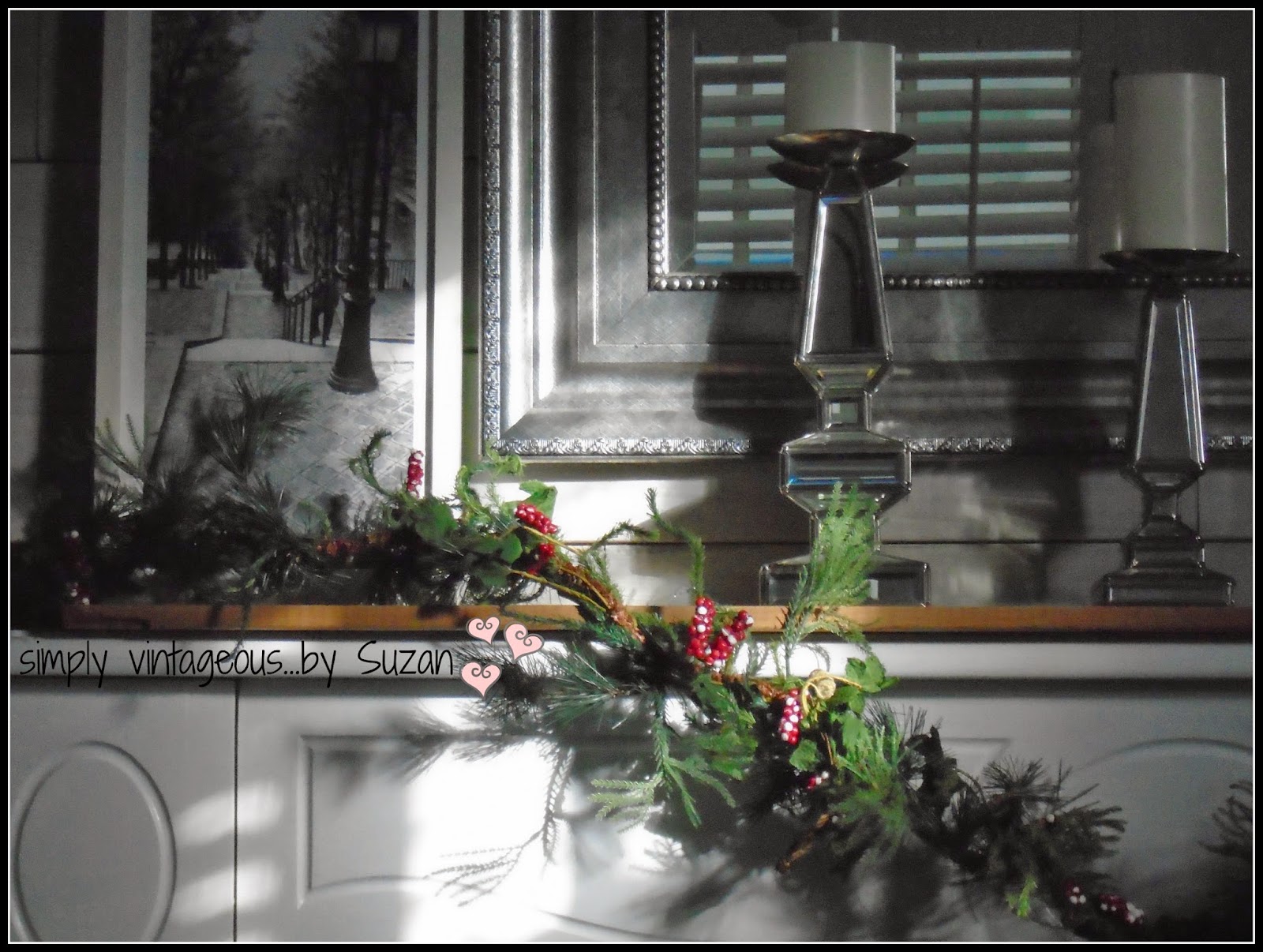 It's December 4th - winter's practically over !!!
Christmas decorating has officially started !
Have a wonderful day " y'all "
Much love,
Me