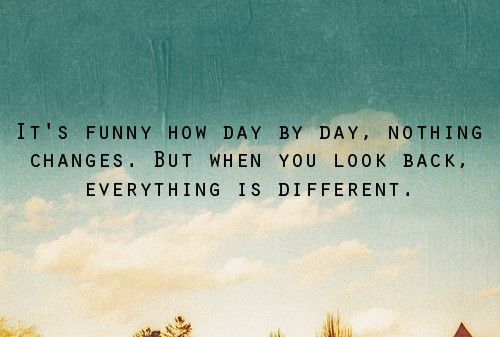 For as long as I can remember " being " - major changes have been a part of my life.
My Father died at a ridiculously young age ( 29 ) leaving me fatherless at a ridiculously young age
( 5 going on 6 )
In an attempt to pack up and create a new life my Mother moved us clear across the country - to British Columbia - from Montreal - as far as she could get from memories I suppose - but somehow all the grief slipped it's way into our suitcases and arrived in Vancouver with us...............quite intact -
( pain is quite immune to bumpy rides - unlike my Chatty Cathy - who arrived with a broken arm and one eye that never closed right after that trip - at 5 going on 6 you grieve more for dolls than humans )
But obviously that was the first ( of many many ) changes in my world.
I woke up one morning to a missing Dad - and not long after to a missing extended family.
I learned at an early age to adjust to my surroundings - to make the best of things - and for the most part it was an easy transition - I was a happy kid - ( looking back I see that I was an extremely happy kid - this is NOT a pity fest - just a moment or 2 of sharing )
I can remember very clearly the mix of anxiety - and sadness - accompanied with a little bubble of excitement as we drove away - smiling at the entire family getting smaller and smaller through the back window - waving a sea of kleenex in our direction.

" it'll be better " my mother assured us. 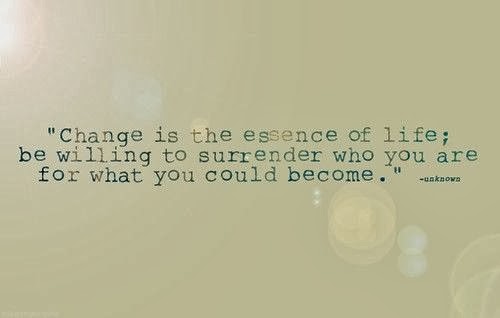 My Mother met a man 2 years into our trip - and a wedding was planned - I explained to my teacher that next month my name would be Susie Williscroft ( the embarrassment of my last name Sweatman had already begun - you can read about that HERE ) but next month never came.
Change in my life came once again the night we were awakened to my Mother pleading for her life - as " Williscroft " savagely beat her to within an inch of it - after a date where he claimed she was sending secret messages to the milkman - HELP would have been a great message to be sending out in hindsight - however the suspicious looking tire tracks were simply from his truck - the suspicious looking footprints belonged to him as well - and those 2 circles on the stoop?  Yeah - that would have been where the milk sat until my Mother opened the door to bring them in.  I only recall 2 bottles of milk coming in through the front door - not a  milk man. Although she would have been better off making wedding plans with him, don't ya think?
That was a major Change - that was the first time I had seen a man strike a woman -
( sadly it would not be the last ) 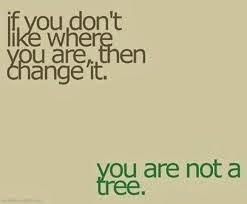 Sometimes changes are planned - sometimes they are unexpected.

- WE'RE GOING ON AN ADVENTURE TODAY
- SHHH, NO - YOU DON'T HAVE TO GO TO SCHOOL

And as we arrived at the train station - she urged us to have a race to the platform - we ran squealing and giggling with her running behind us - and as we boarded the train I can remember very clearly the mix of anxiety - and sadness - accompanied with a little bubble of excitement as we rode away - Chatty Cathy by my side.

It was only as adults that we found out that we were running for our lives.................back to Montreal and as far away from " Williscroft " as we could get -
We were running back to the comfort of that sea of kleenex.

" it'll be better " my Mother assured us. 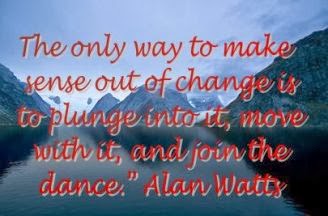 And it was better of course - back to a very large boisterous loving Irish family - who opened their doors to us with no questions asked.
" They're back " Nanny Egan yelled to all the neighbors
" Oh you poor orphans - she never should have taken you half way across the world "
Nana Sweatman cried.
( you can read about Nanny and Nana HERE )

" it'll be better " my Mother assured me

And it was - in the 60's - Catholic schools were learning machines - with very little outlet's for an impressionable creative mind.  So although I switched over to the Protestant system in the same grade I was ahead of the rest my class for years.
BUT it was heaven for a child that wanted to draw pictures in art class ( we were only allowed to paint or draw religious images at the school I had been to previously ) or excel in gym class - where previously I had only been allowed to do a few lame jumping jacks ( and got in a lot of trouble for trying to be creative with them - let me tell you ) 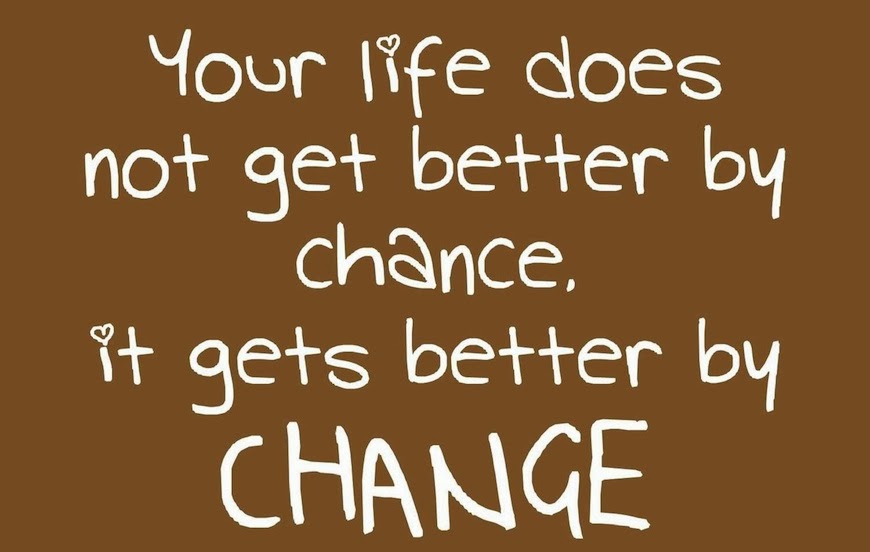 And of course it was - that change was where I found my life long sisters of the heart - where sleepovers began -  and experimenting with hair rinses  and dark blue eye shadow and burgundy lipstick and matching jean jackets - where broken hearts were healed by " numbers " over and over and over again and dresses bought at the local " fancy " store were bought for dances.
Where night after night dance steps were practised
Do the Hustle -
Do it.
Do it.
until we were able to do it in unison.
Where we shared bags of greasy fries on cold winter nights and just roamed around - and pooled babysitting money to go to concerts and shared sweaters and sometimes jeans - and stories - where we had sun tanning contests to see who was darkest - where we learned to use curling irons and blow dryers - these were my " bonding " years and I prayed things would not change - for the first time in my life.
That stuff makes you close.
Oh so close.
Close enough to keep it alive even when space and time and circumstance creep in to keep you apart.
I hope you all have a friend (s) in your world that you can remember wearing too much dark eye shadow with. 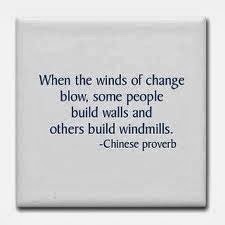 My Mother met someone in 1973 - they were married in 1974 - she had my brother in 1975 - and by 1976 the great " move " happened.  Montreal experienced an " exodus " from the English speaking sector when the first " Separatist " party came into power.  My Mom and Stepfather made the long trek to Alberta in 1977 with my infant brother - terrified for his future in a province where people were frantically trying to make sense of it all.
I chose - at 18 years old - to stay.
I found an apartment - with 2 room mates and began my life as an adult - which was a change - but not such a drastic one.

Of course many many changes occurred from that point on - but they're adult stories and I think
I may have pushed my luck with the length of this post already so we'll leave that for another day :)

BUT,,,,,,,,,,,,,,,,,,,,
if any of you have been sitting and shaking your head and questioning my sanity on why on earth we would buy this particular place - when there were quite a few " easier " ones - now you know,
It was the devil that made me do it
Well that and the need for change.

(I still can't write with my right hand.)

As we signed on the dotted line - we had a moment's hesitation.

And the moment he uttered the words - I felt a mix of anxiety - and sadness accompanied once again by that little bubble of excitement.

It'll be better - I assured him.

In case you haven't realized it yet - you my friends - have become my sea of kleenex.

P.S. - we all have stories - some of us are willing to share them - some are not - but we ALL have stories - without them we'd be as interesting as a potato.
John thinks I divulge too much - I think he divulges too little - c'est la vie
( said the old folks - it goes to show  you never can tell )