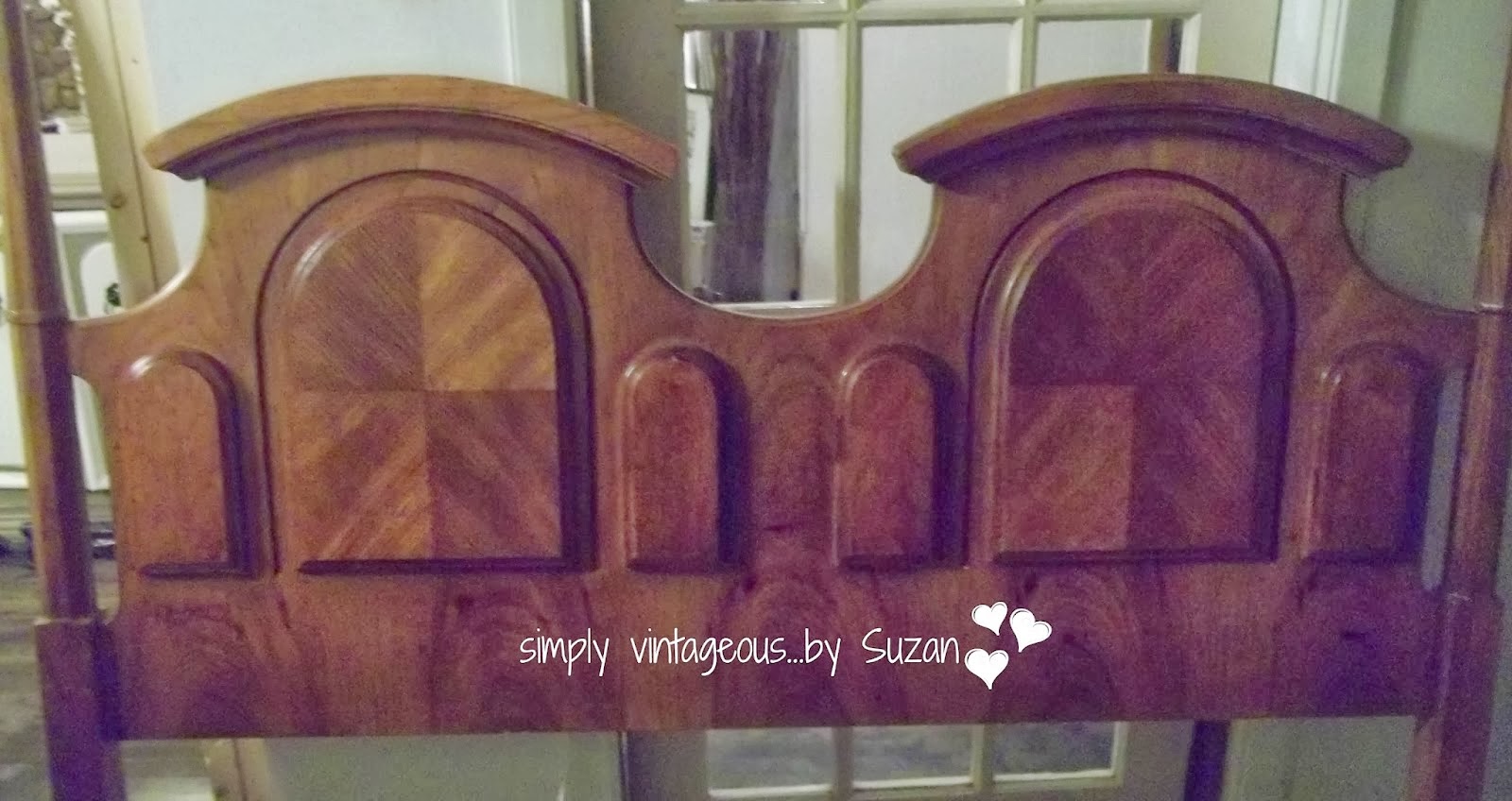 Sometimes the direction it takes me in is not a direction I would have considered at all - the brush has a will of it's own almost - and when it comes face to face with a petulant headboard all hell can break loose, I swear ( by the moon and the stars in the sky ) 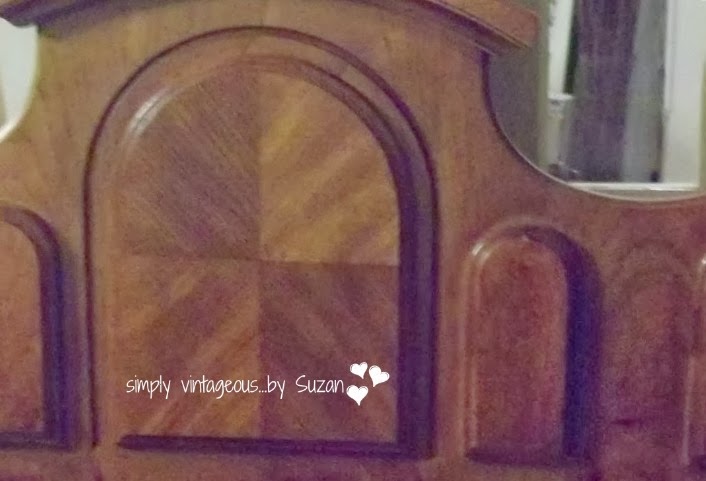 what the hell was it thinking?
this has to be the ugliest headboard makeover I've ever seen
stupid thing - and I'm even stupider for listening to it in the first place.

Today is tomorrow - I hate it more

John says - Why don't you list it with the dresser and see what happens
Suzan says- I CAN'T do it - it makes me sick
John says - Why do you have to get so dramatic over everything?  For God's sakes - just list it - if it doesn't sell - change it
Suzan says - Can we say YOU did it?

But I just couldn't live with it - I ended up changing it when he went to bed - it's blotchy because the paint is drying............not because I tried to make it look like brushed suede LOL

Ok the reason I'm showing you this fiasco is this.
It's OK to make mistakes - ( especially with chalk paint - because it's so easy to sand off )
It would be nothing to even bring it back down to the wood with this paint - so don't be afraid to try!
AND do not listen to furniture - listen to your gut - them's golden words friends :) 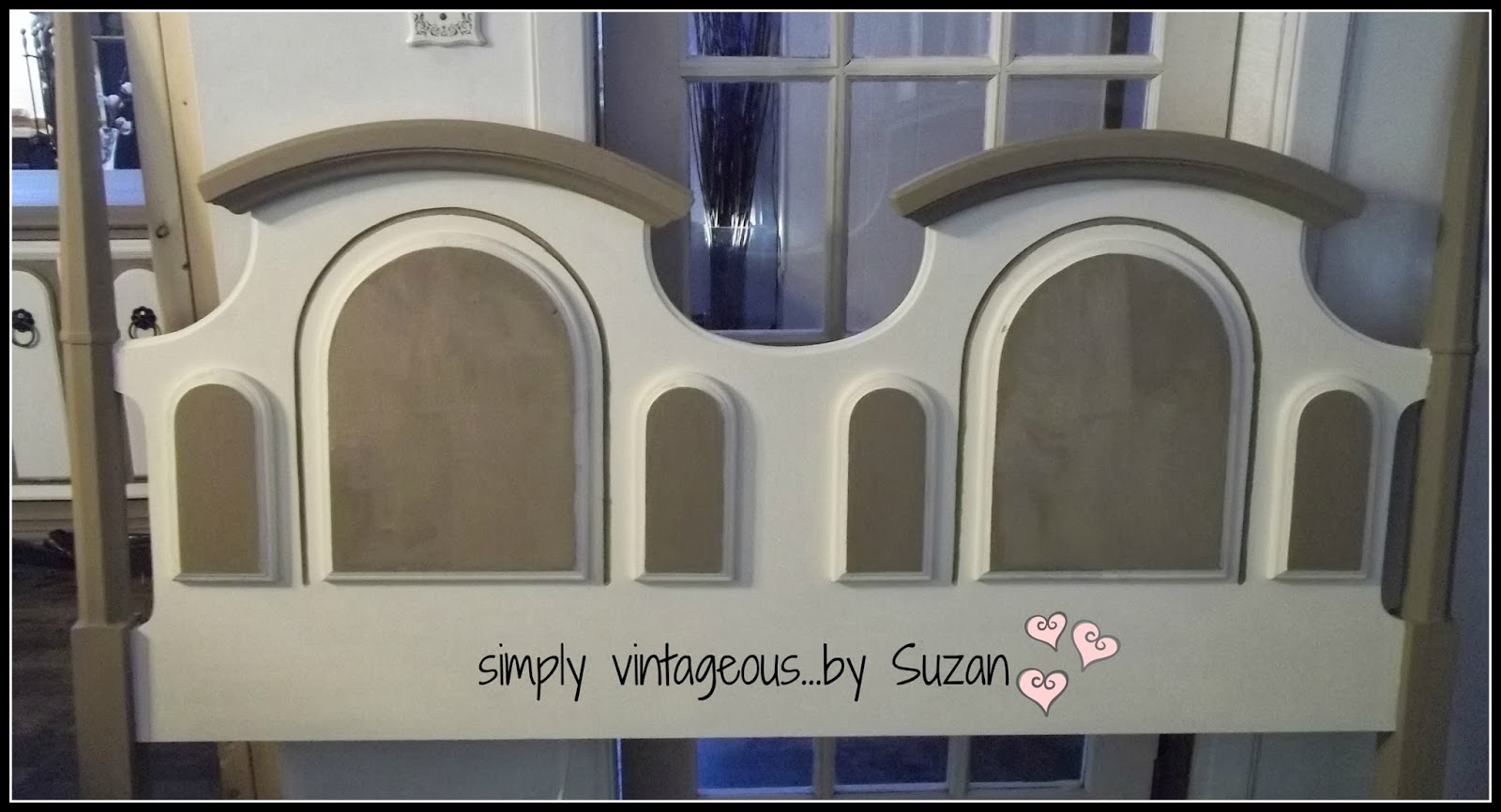 Sometimes a little tough love is in order.

Well not that tough I guess - I did add a little something something in the end. 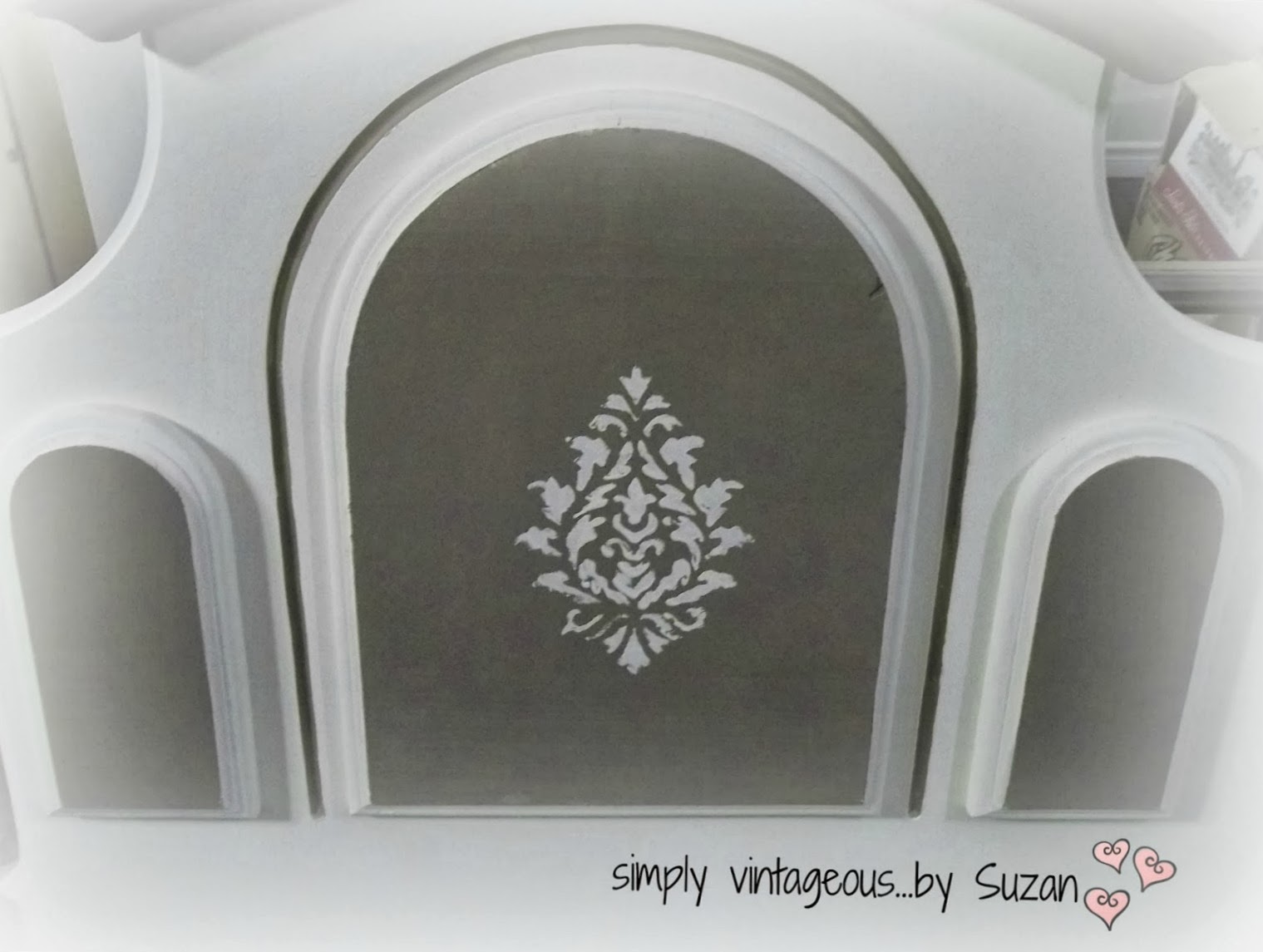 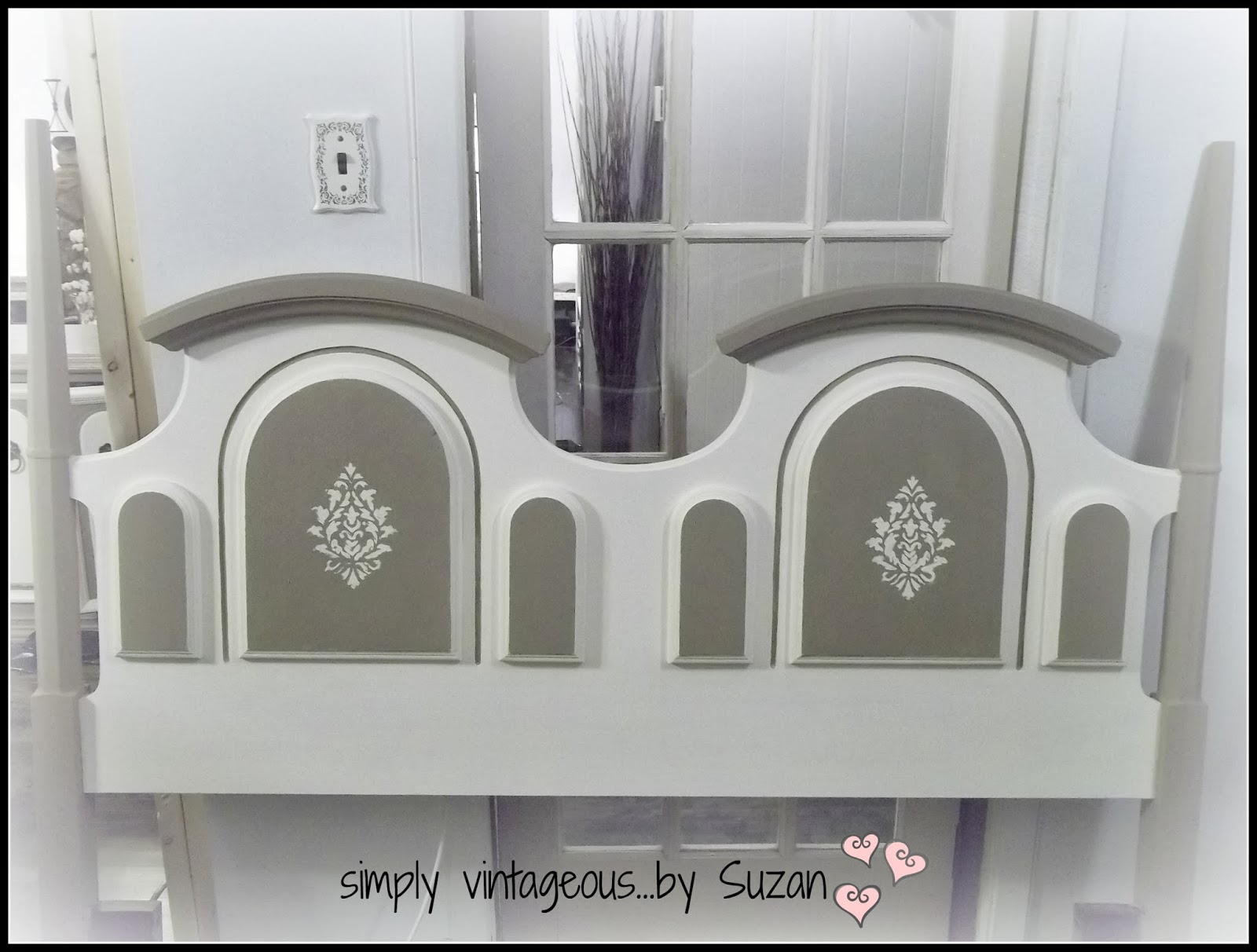 Suzan says - OMG - I forgot to paint the finials for the top of the bed posts - where are they?
John says- WHAT the hell is a finial?
John says - WHERE do you come up with these words?

You can see this transformation 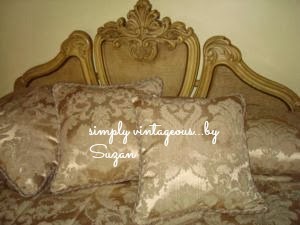 to this ( HERE ) still my favorite one 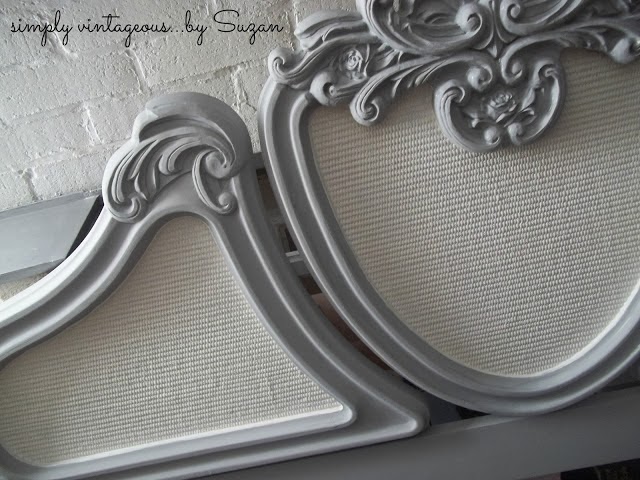 Have a great day all
Much love,

Come join me at these parties!!!

Email ThisBlogThis!Share to TwitterShare to FacebookShare to Pinterest
Labels: ascp, before and after headboard, Coco, furniture, old white, painted, stencilled