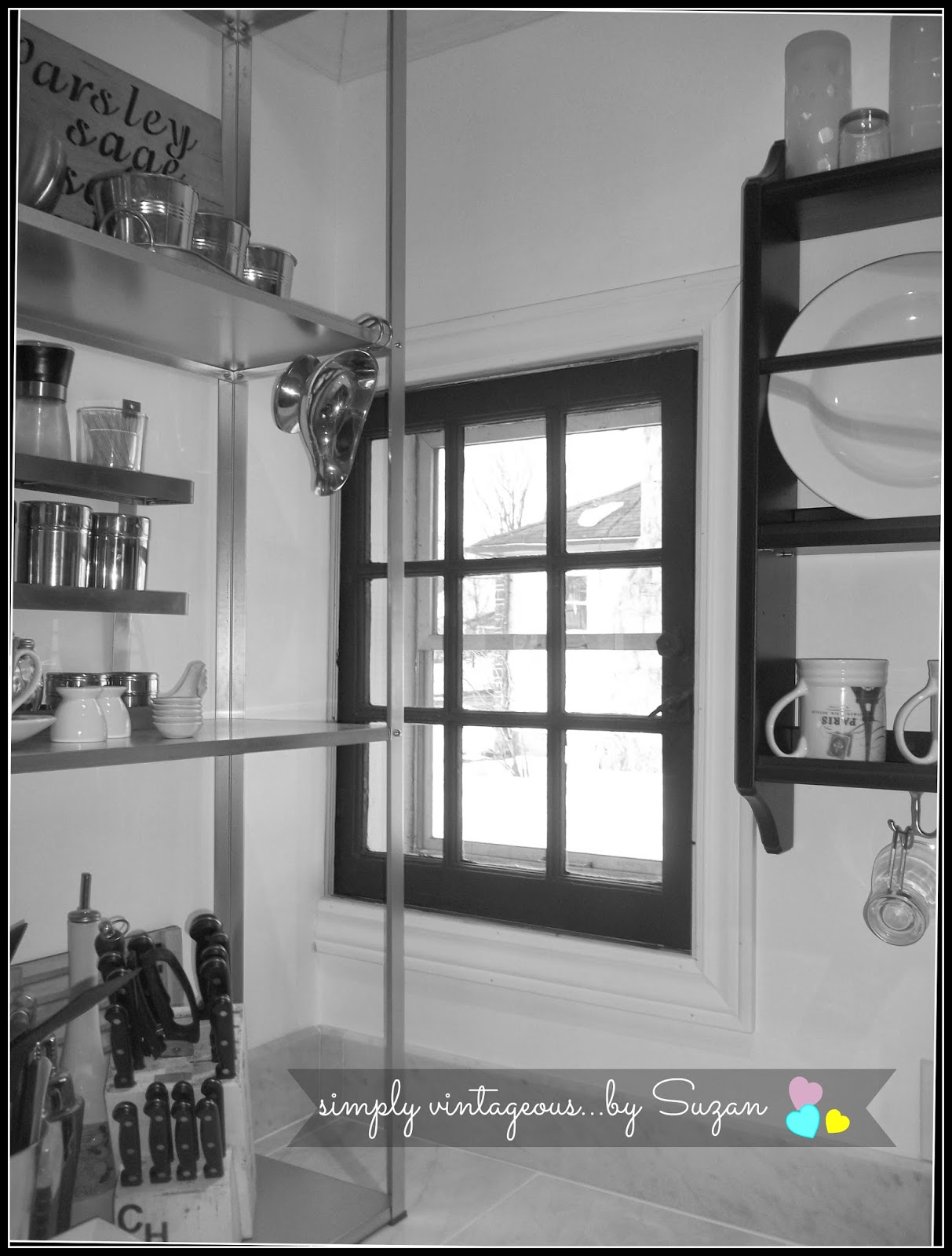 What you guys doing today?

And I have the C.D. player blasting - and I'm humming and I'm singing

Who lounges around reading the paper when you've just bought a major fixer upper? 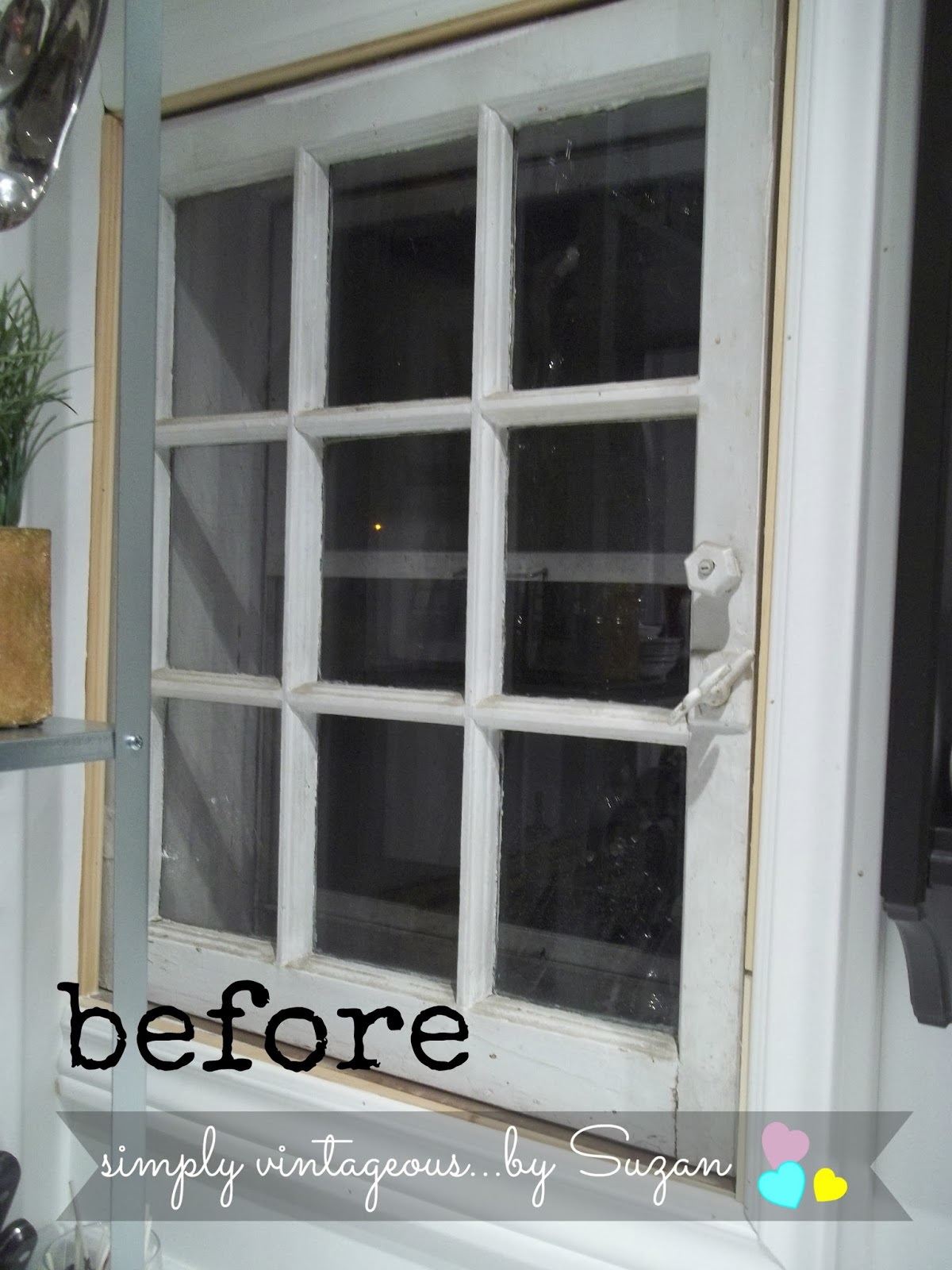 I love this little old window - ( there's a matching one in the bathroom - that's been covered up by tile - have no idea why - but it'll be exposed when the bathroom gets renovated - and the reason I KNOW there's a window there is because there's 2 of these on the outside of the building )
If it doesn't work in the bathroom, I'm going to have it transferred to a perfect little spot in the kitchen.

It's become a little redundant since we updated the kitchen - the configuration doesn't allow it to open more than a few inches - but still I wanted to keep it right where it was ( the new window will be the one that gets opened up to allow those gentle winter breezes to form pretty icicles on my dishes...............:)


The glass is old - very old - and wavy and dimpled and I just love the little bit of original character it
brings into the room - hoping it'll look ok with the custom French Chateau window we've ordered ( which will be black as well ) because they're on the same wall - I think I'll have to plant a lilac tree or bush outside this wall - just ignore me - that was an internal thought as I was typing away.

I also painted out the wood trim that acts as ledge against the marble tiles and then " sealed " the marble ( including the floor thresholds I used as a back splash ). Fingers are crossed that it holds up for at least a year :) 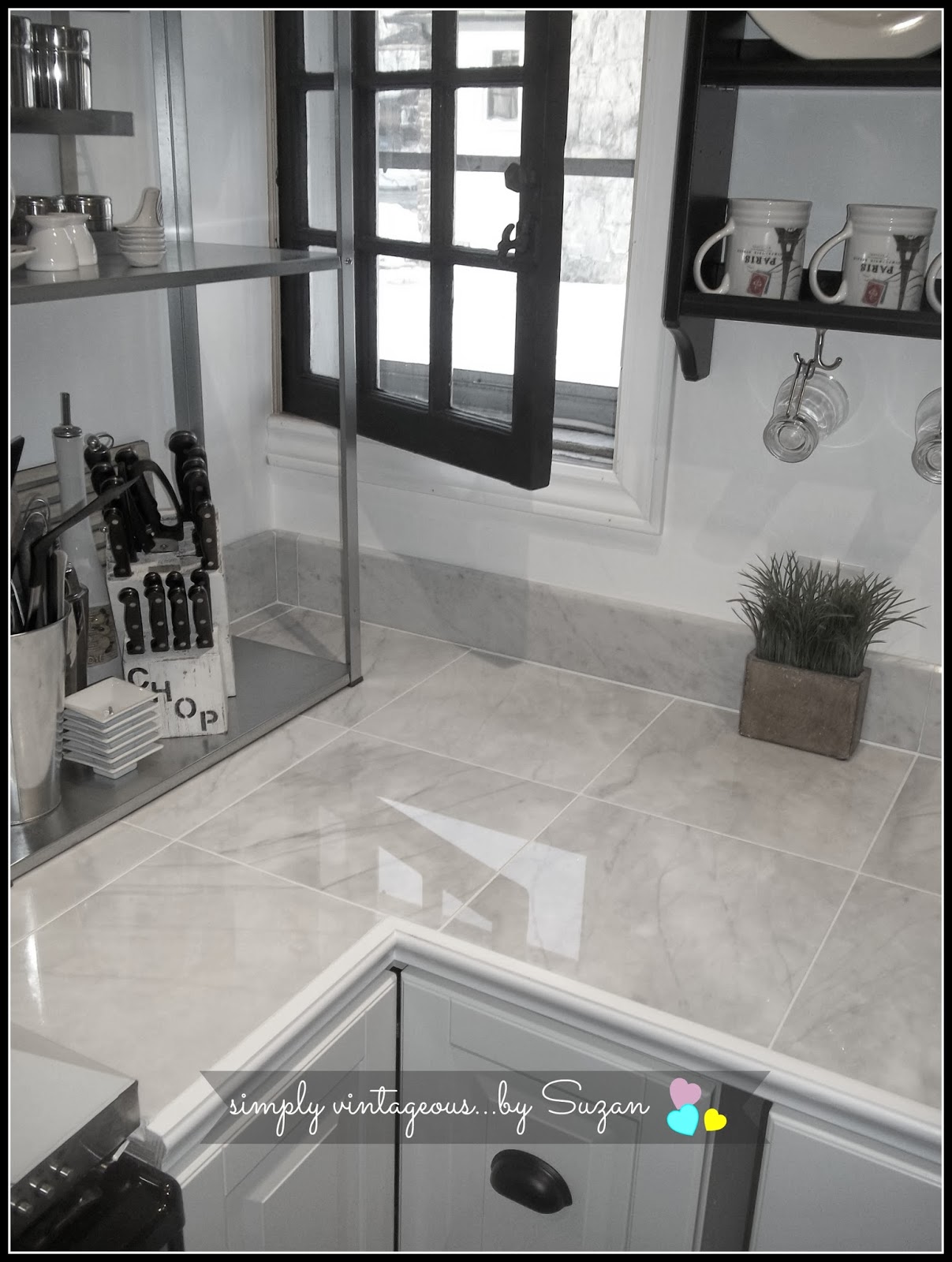 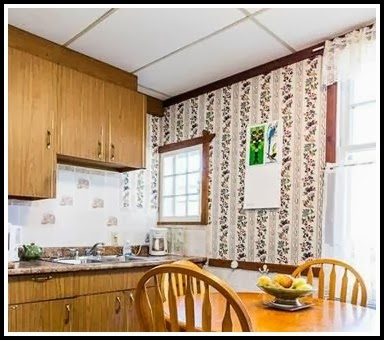 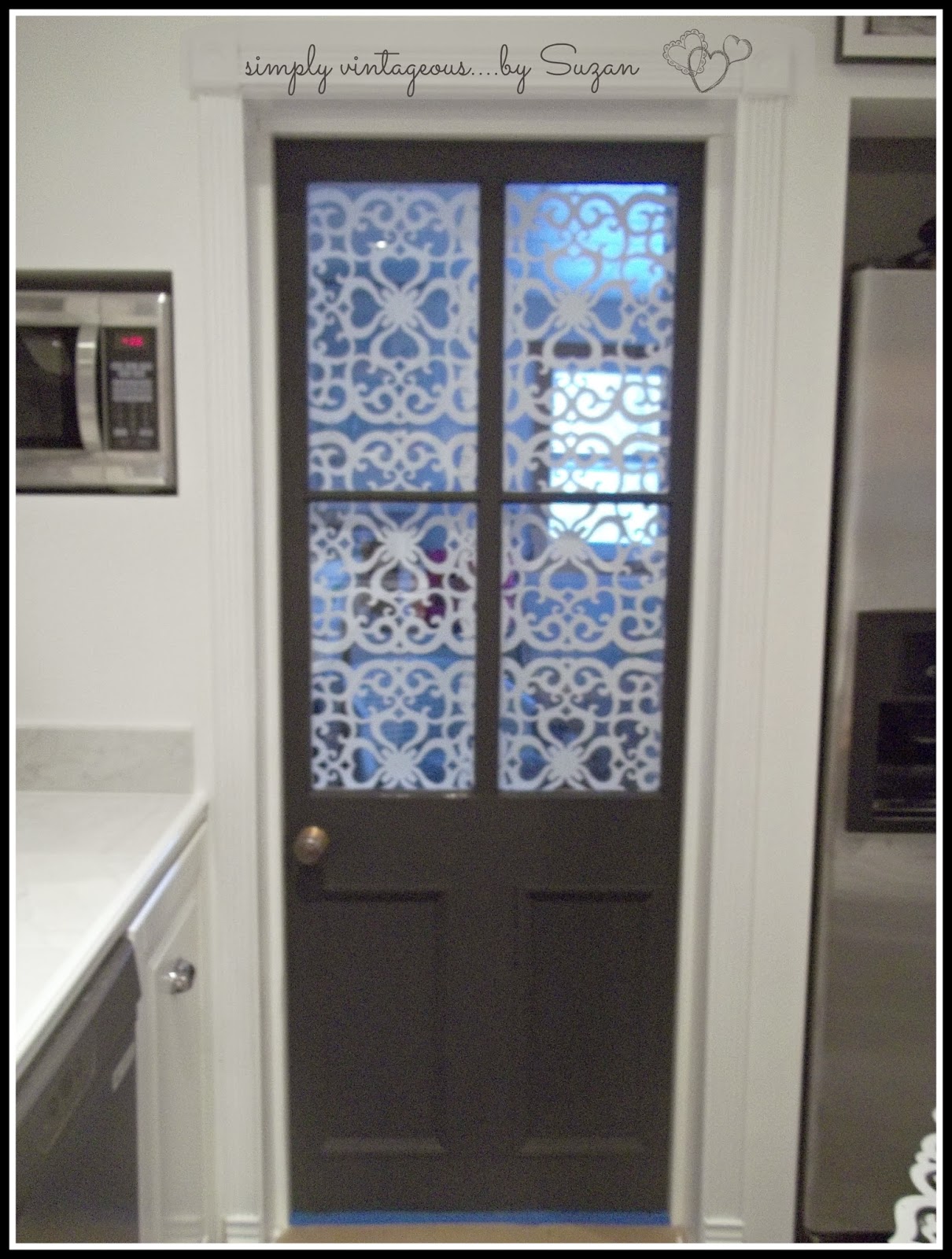 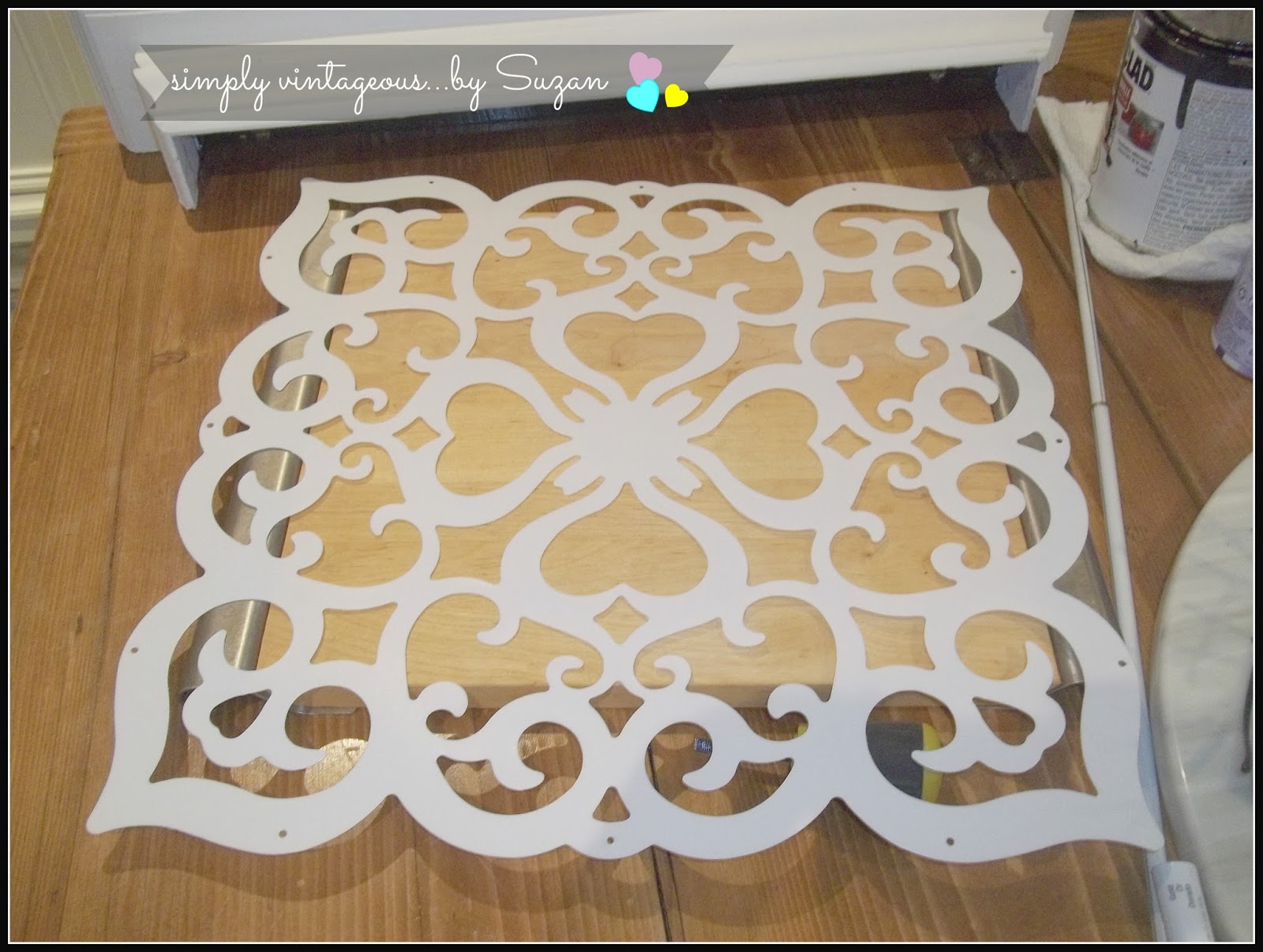 They come in different patterns of which I have all ( OCD anyone? nah - not me ) haven't a clue which box they're in so used what I could easily find :)
They attach by little rings in those holes you see along the perimeter - you simply hook them up to the size you need.
I put them on a little rod  - and hung them on the outside of the door 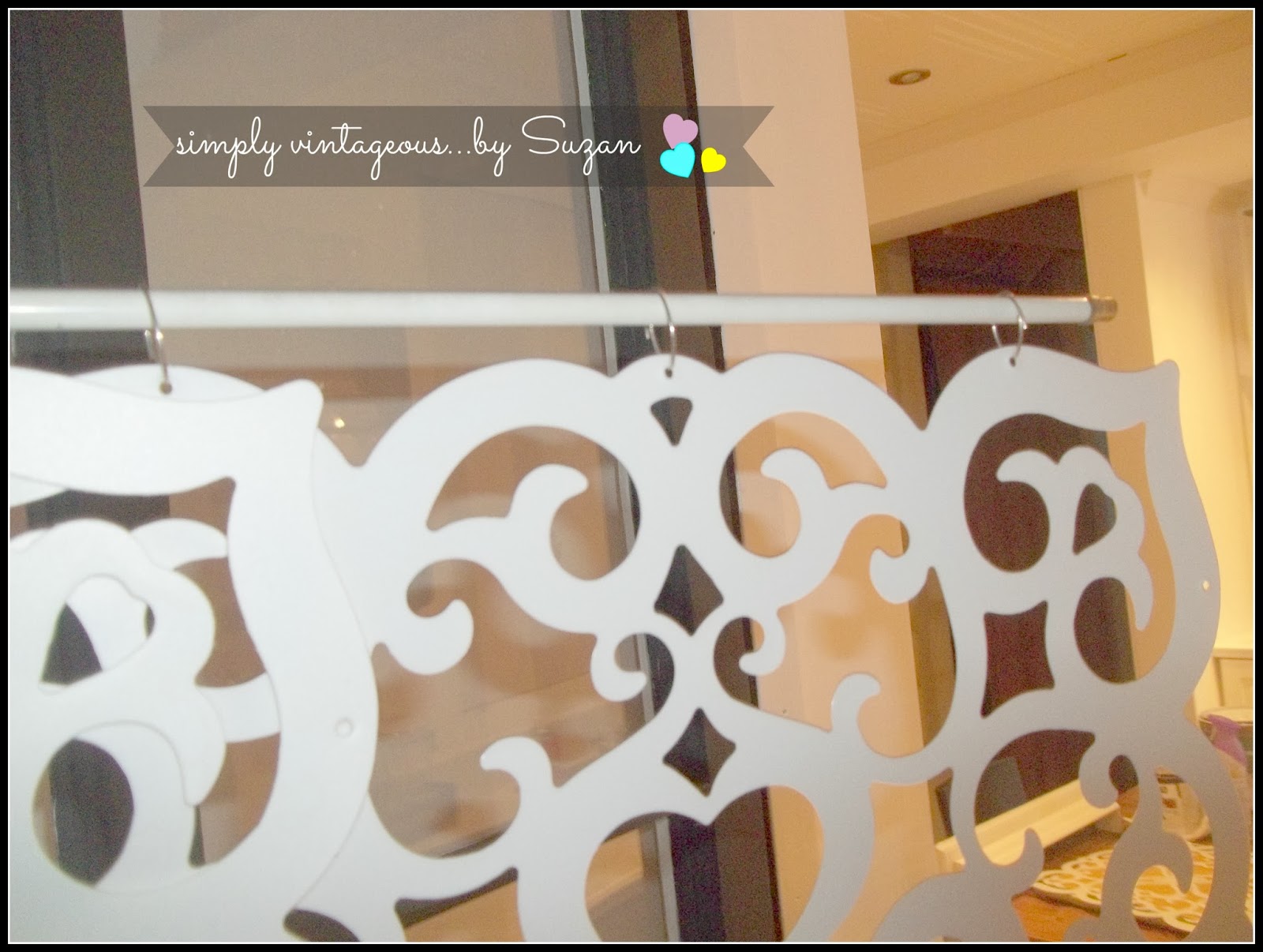 and voila - a little privacy and no hardware to look at - for under 5.00 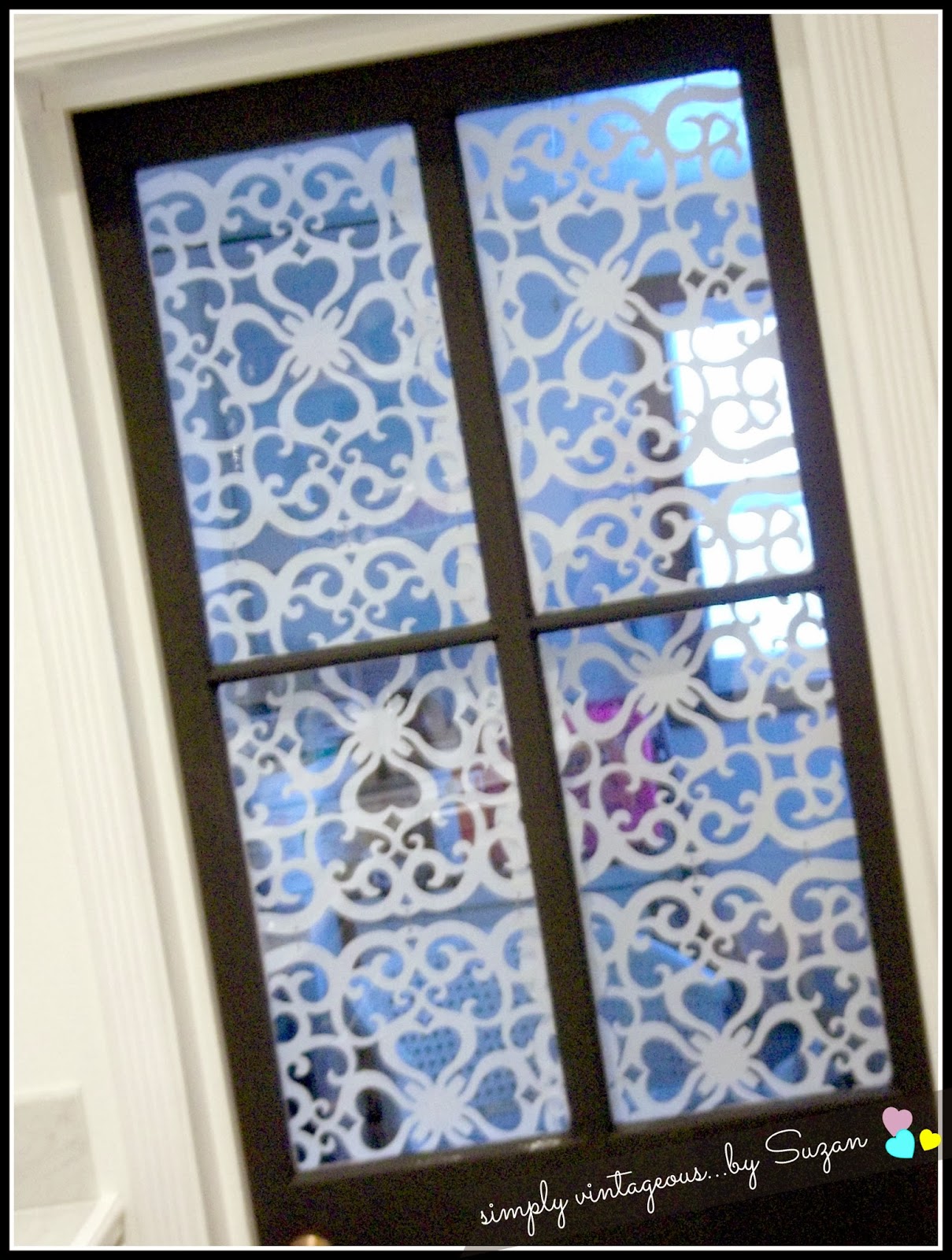 ( it's too cold out - otherwise there'd be happy people dancin' on my lawn, don't you know ) 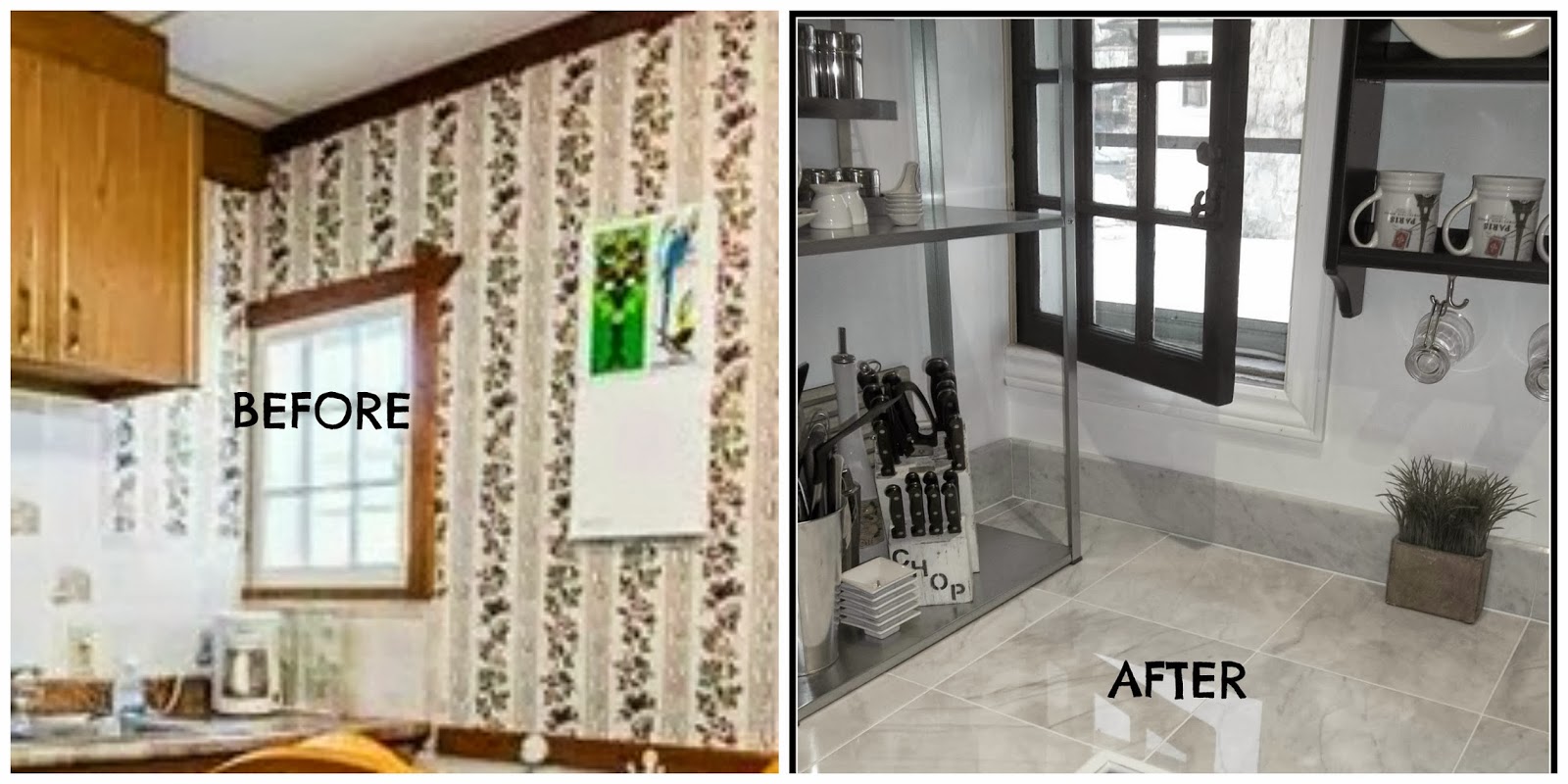